Shoot your shot? Take a chance? Society bombards us with messages, phrases, examples and stories of how taking risk is the key to success, but is anything ever that simple? We asked some of the brightest folks we know to tell us about how they think about risk. We’ve shared their responses below. 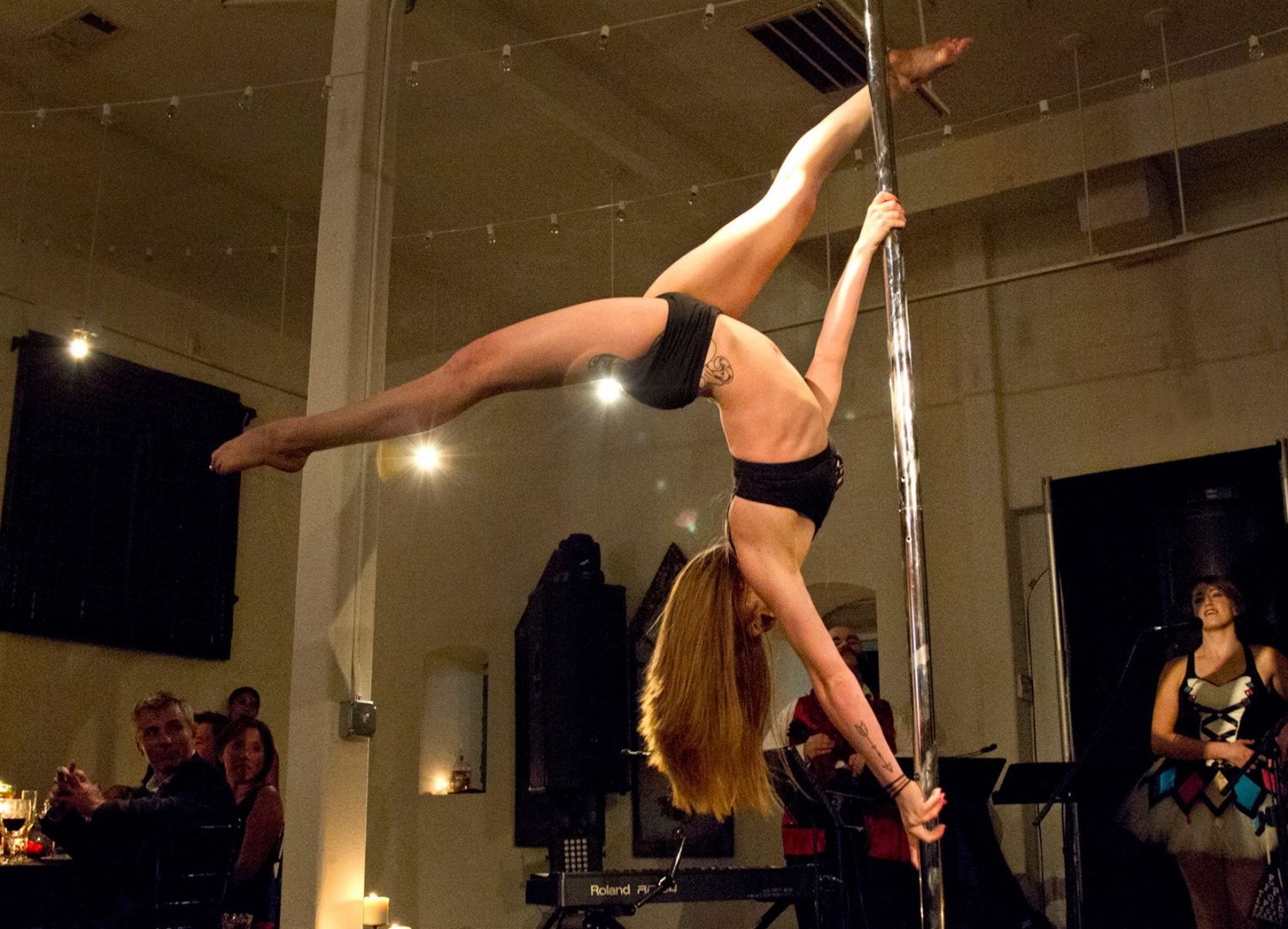 To me, the biggest risk of all is looking back on my life and wondering “what if?” There came a time when the risk of leaving my full-time office job to pursue my passion was less terrifying than just coasting in a job that I absolutely hated for the rest of my life. Risk is how we access our next level. And if my life lessons have taught me one thing it’s that I’d rather risk it all and fail than not even try. Read more>> 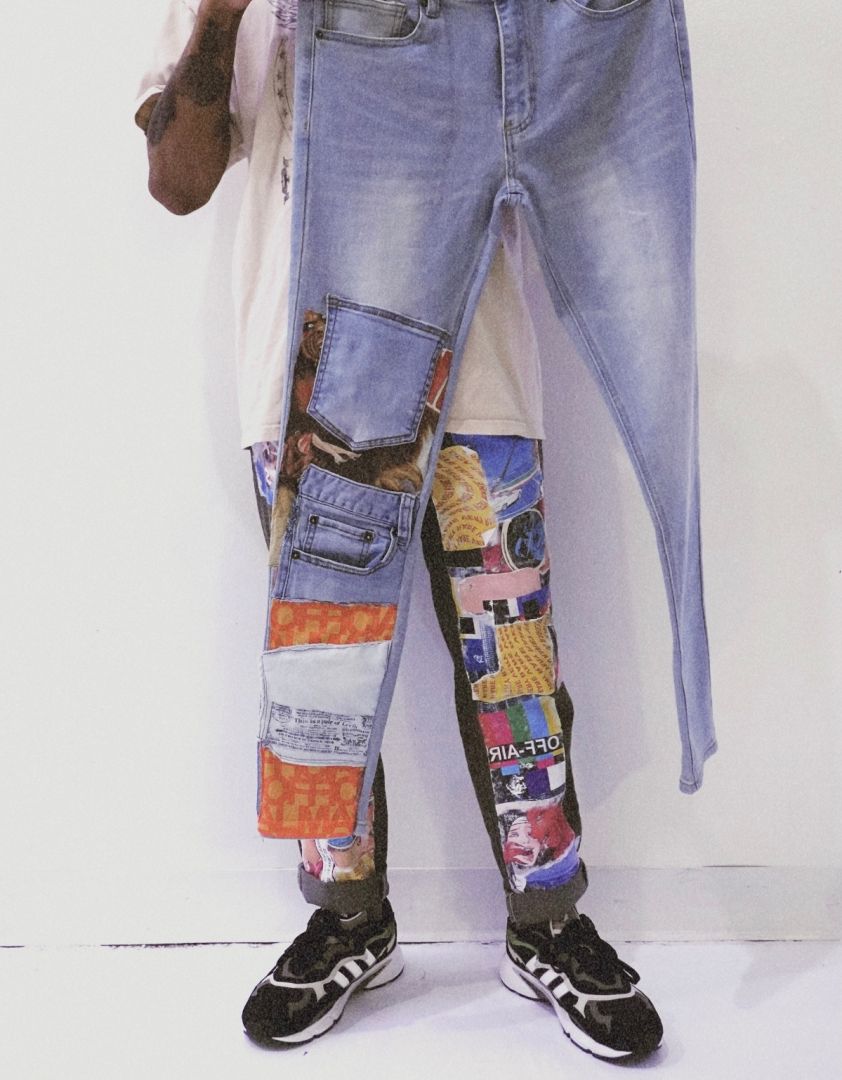 When I think of risk I always think of how I’ll feel if I don’t take it. I’ve always been a risk taker and a bit of rebel when it comes to what is expected or what people are used to. It’s played a big part on my journey as a artist and designer throughout the years especially as I’ve become more closer to my art. Now more than ever I truly believe in taking risks and doing what you think you can’t do because once you do it you’ll be grateful that you chose to. If you don’t take risks you won’t ever know how good life truly can be. Read more>> 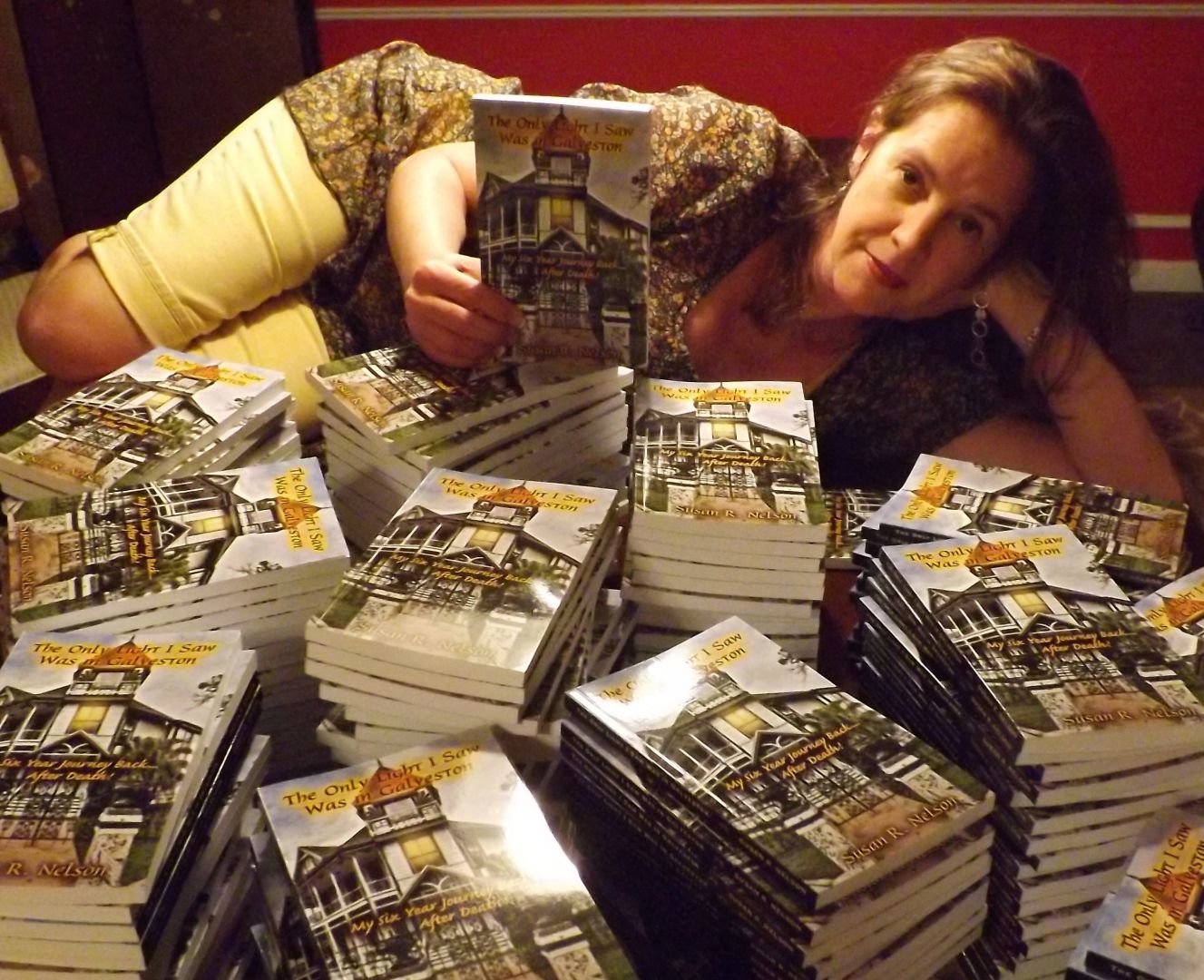 Coming from a large, somewhat dysfunctional family, growing up with four biological siblings and three step siblings, risk taking was a part of everyday life . If you wanted attention or most importantly to be “heard”, well then you had to step into the light and be seen first! The risk there was being seen in itself… because in the 70’s in a SE Texas town, usually not being the center of attention was best….even with family! Looking for more independence in finding my own way, I left home at any early age, finishing high school while living on my own and working a full time job. Certainly not something I would recommend now but it was a risk I needed to take. Looking back at my twenties, while at the time I would just say I was free spirited, the most important risks I took where those of being totally authentic. I even had a boss tell me… someone may not agree with you, but they will always knew where they stood. You are very much an open book. Ironically it would be many years before I totally realized just how open that book would be! In 1993 my life was changed forever by a quite disturbed young man with a gun in his hand. Read more>> 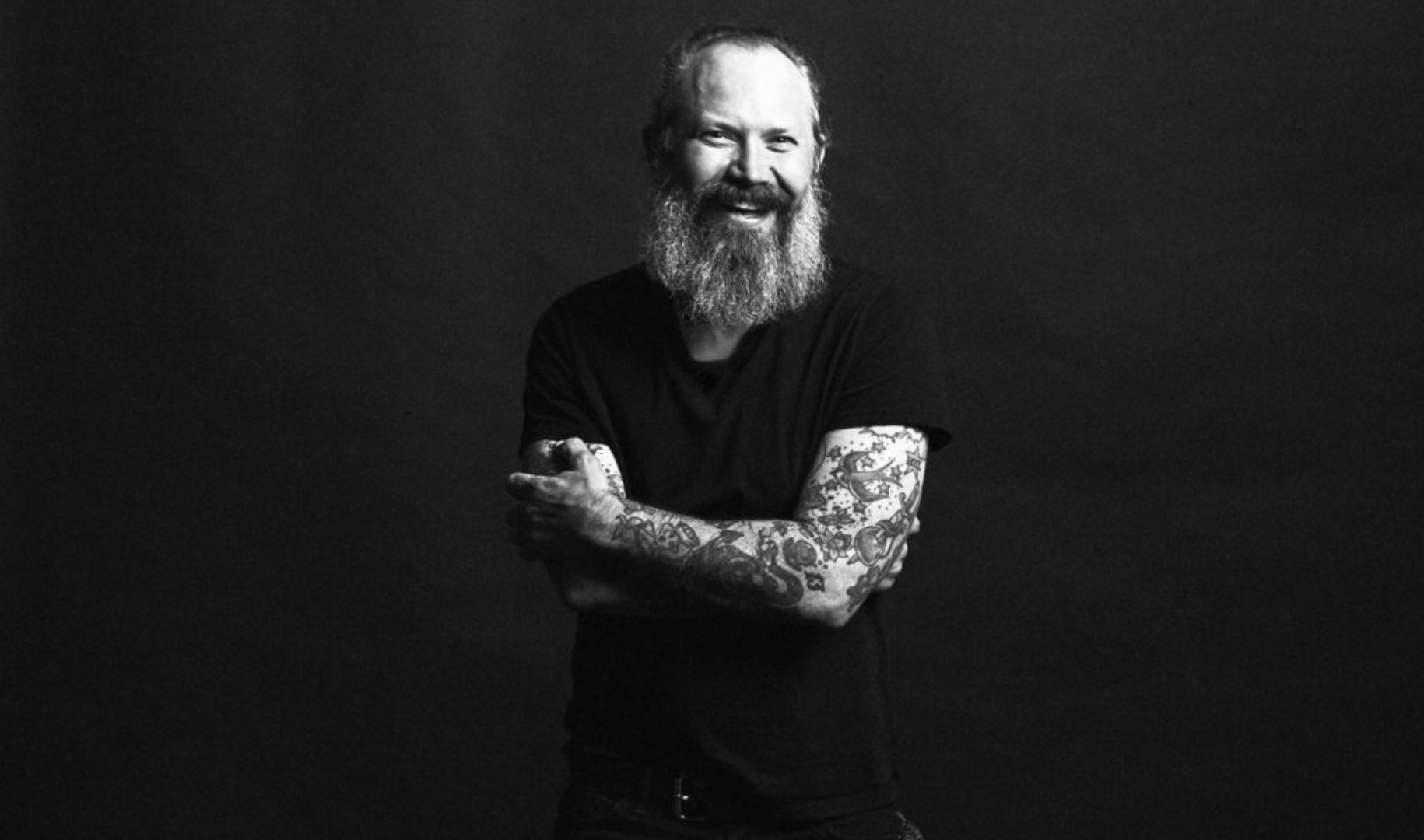 I was hiking with a photographer friend and an artist friend just last week and this topic came up. I mentioned that taking a risk does not come natural to me, in fact it’s was paralyzing. I was the kid growing up in NY wanting to be the BMX kid, skateboarder, answer the question in class or hell even try a new food but I was so paralyzed by the possible negative outcome that I would never fly outside of my lane. I wanted to be near the action but not in the action. My parents divorced when I was 4 so there was always a bit of instability in my house. It was a loving nurturing atmosphere but not stable. I think I internalized those feelings of insecurity which resulted in me not wanting anymore adverse outcomes which prevented me from trying new things, i.e. taking risks. I went along with going along until I reached my Senior year of high school. I was playing football, all the boys did, and I was only 120ibs. I was getting killed. I did ok, even won player of the year my Junior year but i was miserable. Finally the summer before my Senior year I decided I was going to quit football and take up playing drums in a band. I always had wanted to play music as young as I can remember but was afraid to try. Read more>> 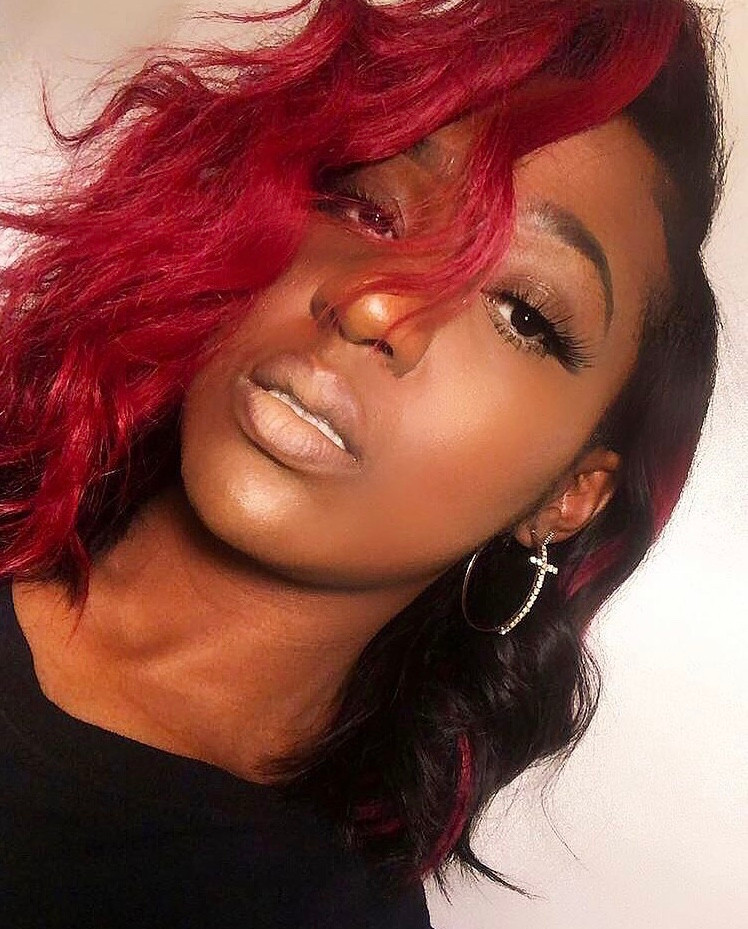 I believe we all are a little nervous when it comes to taking risks! For me, being a little fearful of the unknown makes me even more curious at times! I can’t say that has always been the case but once I took the risk to create and build my own lane, it made dealing with fear easier. We are always warned of failure every where we turn but what if it doesn’t fail? What if it’s the best thing since sliced bread?! In my career, I have held back scared to take a risk and I didn’t gain anything from that but what if’s. But when I took those leaps of faith I gained so much more! You have to take a chance on yourself and take risks to make what you want a reality. Read more>>

There’s a lot of interpretations as to what risk means. I like to think of risk taking as an accepted level of uncertainty or taking a different path. The potential benefits of such risk outweigh the fear of the unknown or the possibility that something may not work out successfully. There have been several times were I have taken large risks and they have altered my trajectory. For example, one early risk I took was to leave my hometown and go to college when I was 16. A program was available that gave me an opportunity to concurrently finish high school and get an associates degree. There was a lot of uncertainty with that decision: leaving friends, moving several hours away from home, being “alone” and meeting new people, being younger that most students on campus, etc. But the potential benefits outweighed the risk and I ended up growing immensely as a person and student. Another risk I took later on was the decision to make a significant career switch. Read more>> 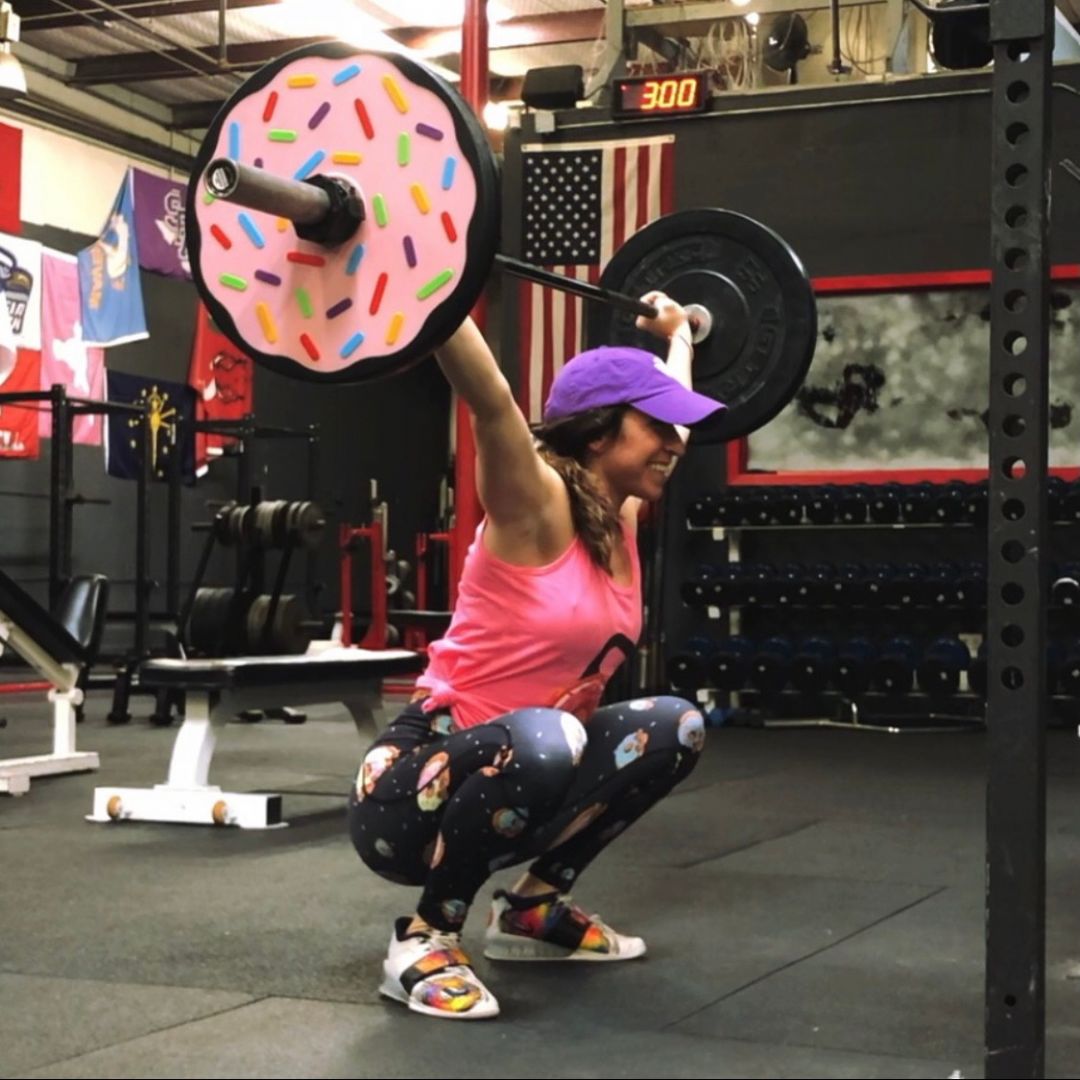 Taking a risk is exactly how I got to where I am today. The unknown can be extremely scary, but sometimes that’s exactly what you need. Read more>> 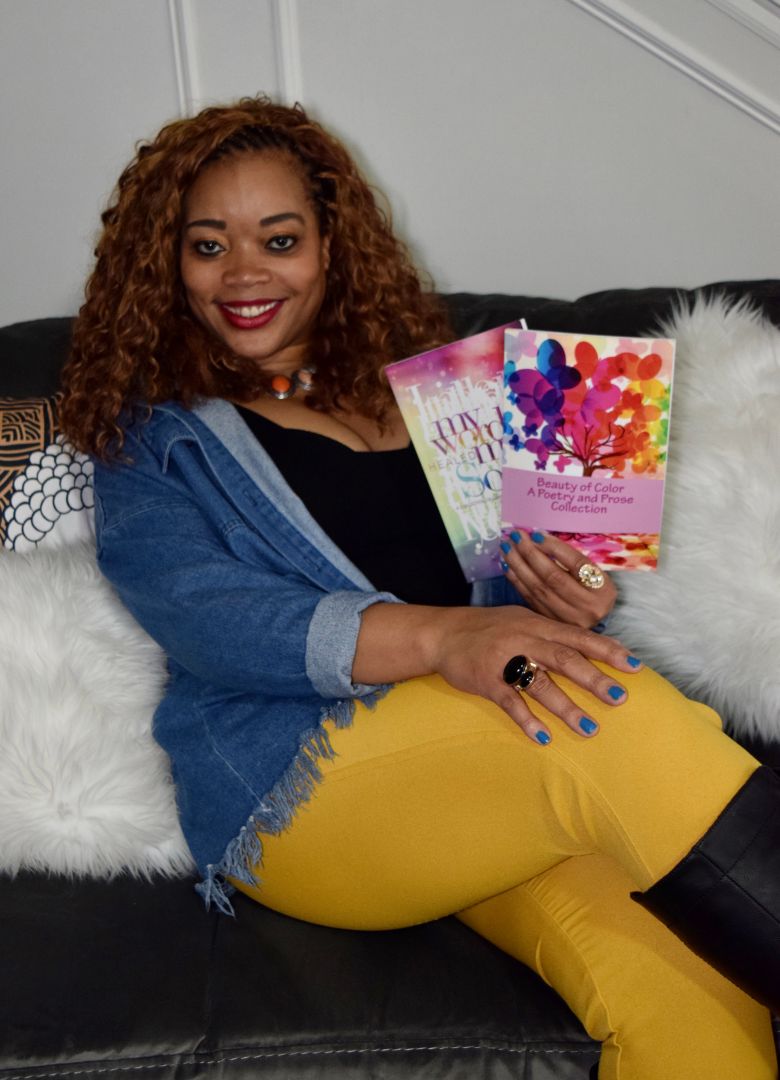 I love acronyms. I create acronyms to make work fun and creative. In fact, I’ve created an acronym to describe my philosophy behind my risk taking. Risk is: Realizing Its Sacrifices Keenly. So for me, I realize there is first sacrifice in my risk and it is done with enthusiasm. I am excited to take risks that feel necessary for my growth and equally, my mistakes that lead to growth. At the edge where it’s scary is where I thrive. As I did a preview of my life decisions it was full of memories where I’ve risked quite a bit. I learned that the reward is in the risk and that is intoxicating for me. When I started Community College over 20 years ago, I took a risk quitting a higher paying customer service job to start my educational path. It was a risk because I was a young single mother and money was definitely a priority. However, the risk was worth the reward because as I was completing that program and about to enter the Undergraduate Program I was hired with one of the largest law firms in St. Louis with my initial opportunity generated from risk. Read more>> 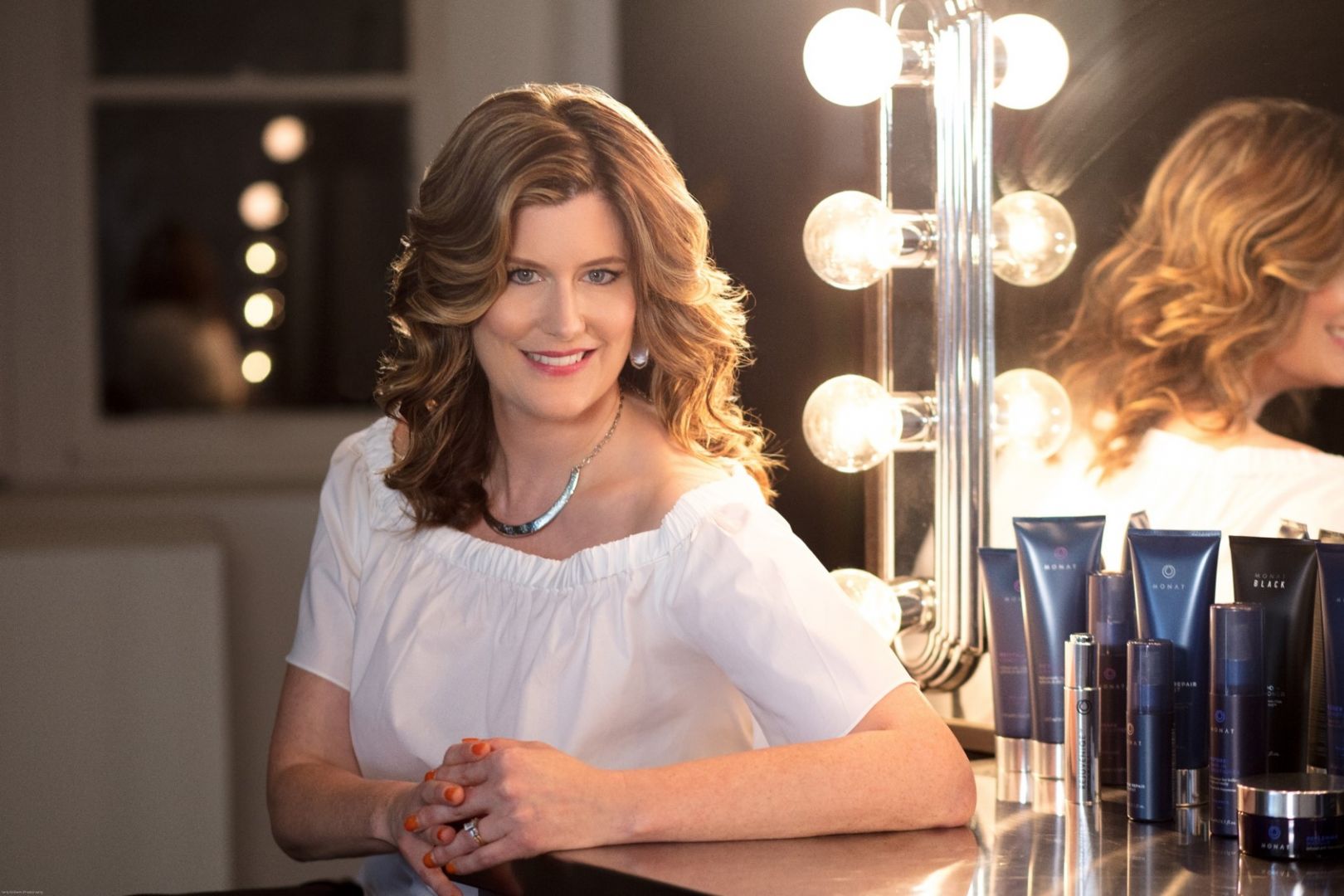 Risk taking is essential for any entrepreneur. Life is truly about embracing the unknowns and that also applies to business. If no risk is involved, then you can’t see major growth or change. Risk has been key to my business because you only grow personally when things are uncomfortable. The growth of your business is directly rated to how much the owner has grown personally. Risk is essential part of both personal and business growth. Read more>> 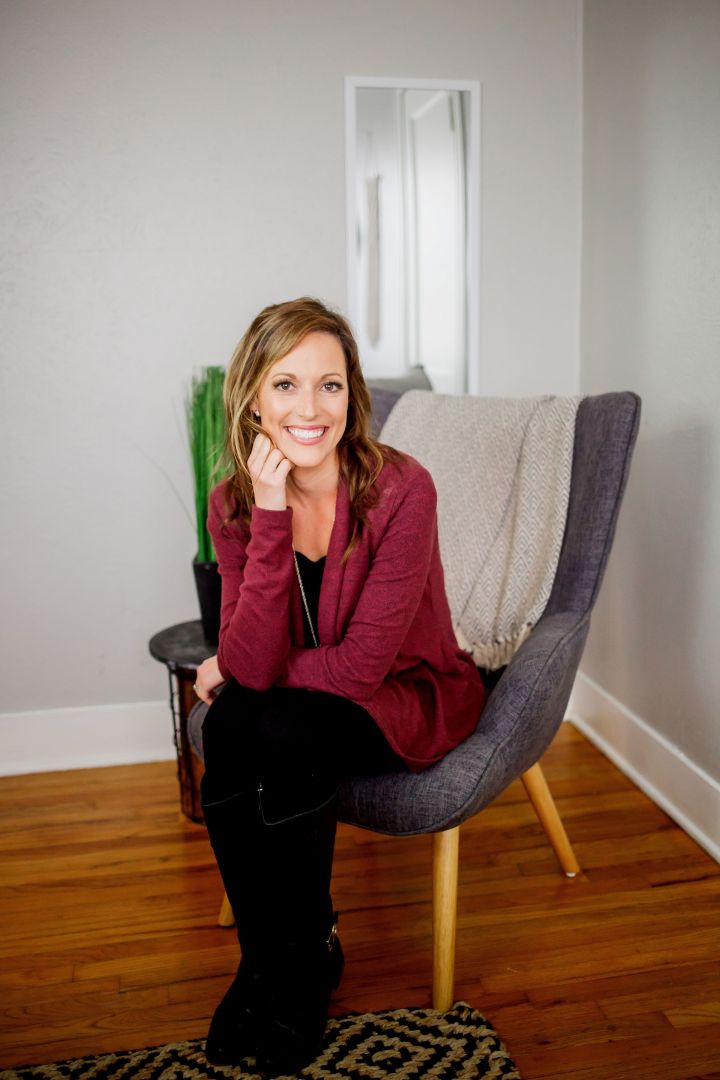 Big risks can have big payoffs, but the uncertainty is scary. I took a huge risk 3 years ago, leaving a job that I really loved to pursue opening my own private practice. I left behind friends, mentors, financial stability, and job security for an idea of something that could be. It was a risk, but it turned out to be the exact right choice! Starting my own practice has been one of the most rewarding steps of my life. I am so thankful that I took the risk – If I hadn’t, I wouldn’t be where I am now, in what I would consider my “dream job.” Read more>> 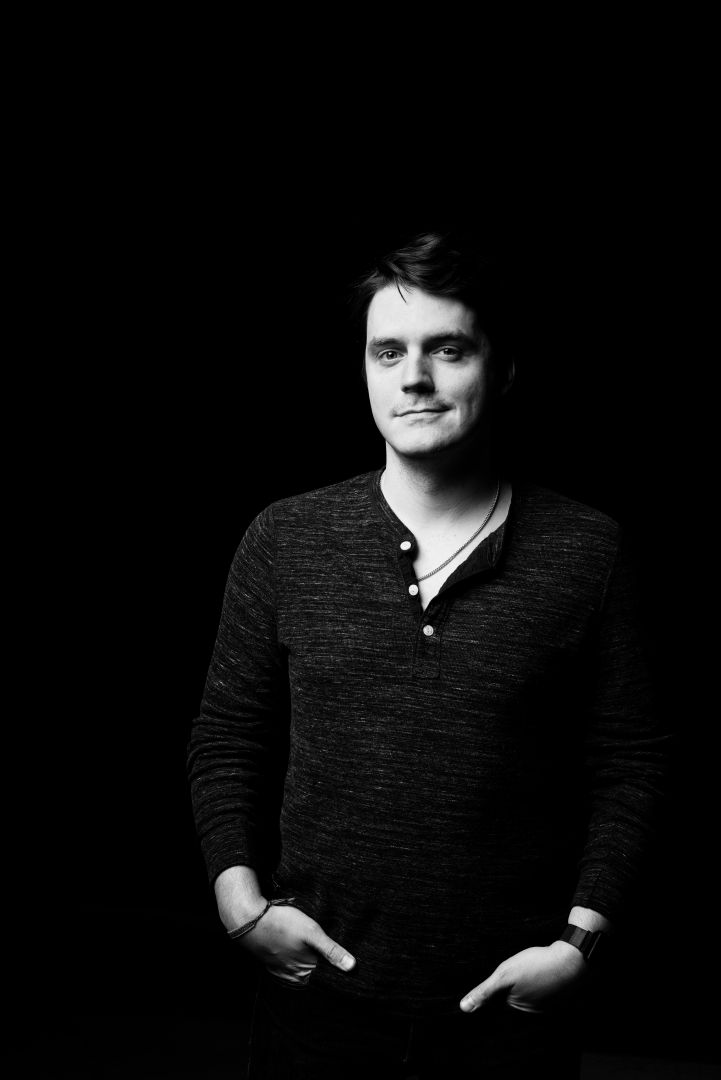 I remember reading a story about an old married couple. Someone asked them ‘What’s your secret? How have you stayed married for so long?’ One of them replied ‘Well, we’re still married because we never got divorced.’ Working in the film and television industry, I’ve had to accept quite a bit of risk and uncertainty throughout my career. I rarely know what any given year holds for me work wise, and sometimes I don’t know where my next paycheck is going to come from. It can get pretty stressful. Ironically, I’m a very cautious person by nature, so I guess I’m living a bit of an oxymoronic existence. However, I’ve always been at my best when I’m challenged by some perceived external force that goads me into taking a risk. Fifteen years ago, on my first day of film school, the head of the department walked into the lecture hall and told me and a group of roughly a hundred newly minted freshman “Maybe one of you will direct something and actually get paid to do it.” His words were crass to me at the time and for whatever reason, I took them as a personal affront. Read more>> 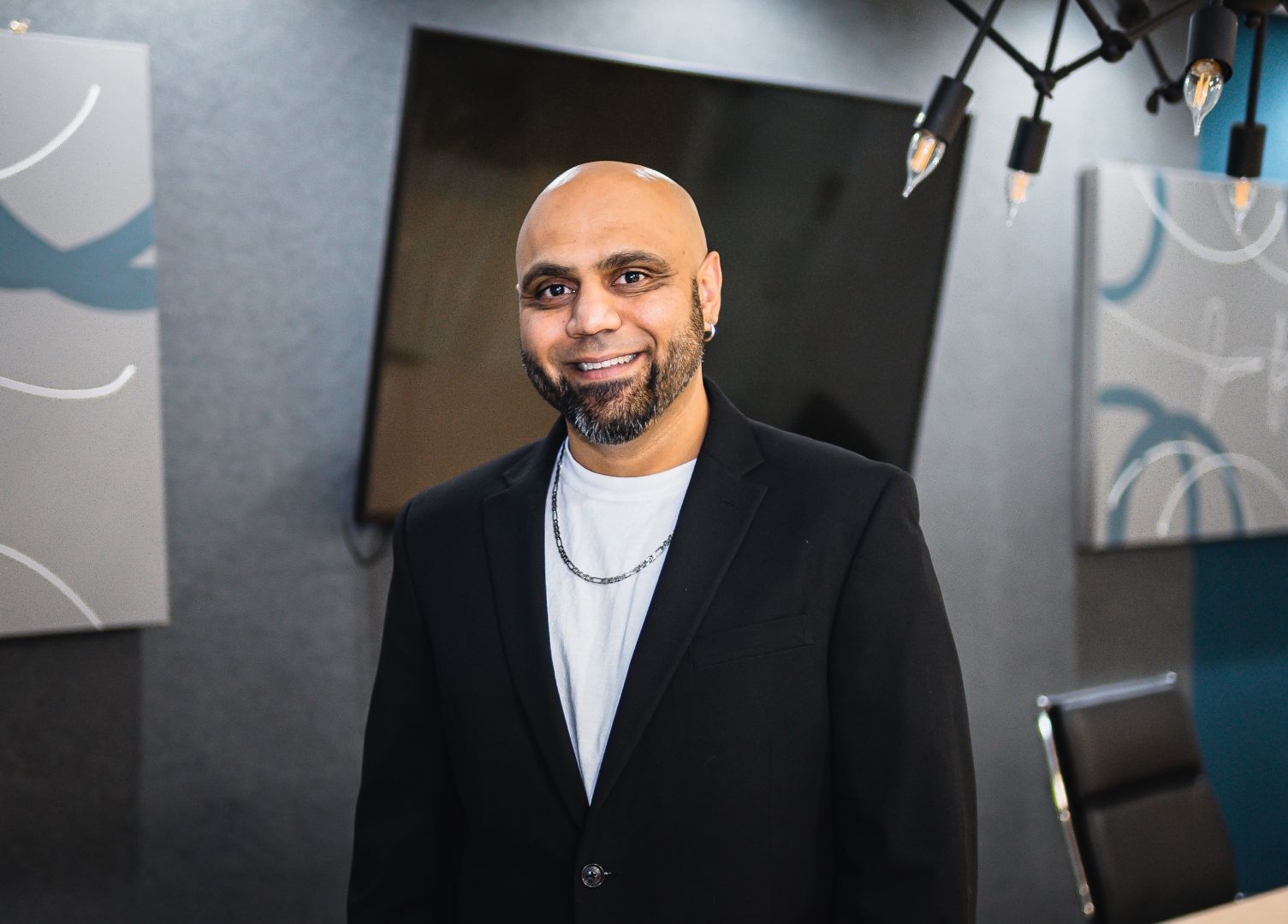 I really don’t consider anything risky if I feel that way I’m out. I make smart and educated decisions weighing all the options, researching and constantly asking questions. I never want to be the smartest person in the room. In the vast number of different businesses I own, my general rule is if I can wrap my head around that particular business/industry and see how to make the company better and more efficient I’m all in. Not everything I venture into is a success, but the failures and struggles I’ve encounter of trying something new and learning from it have paid an integral role in my success. The words I live by are Failure is Not an Option. Read more>> 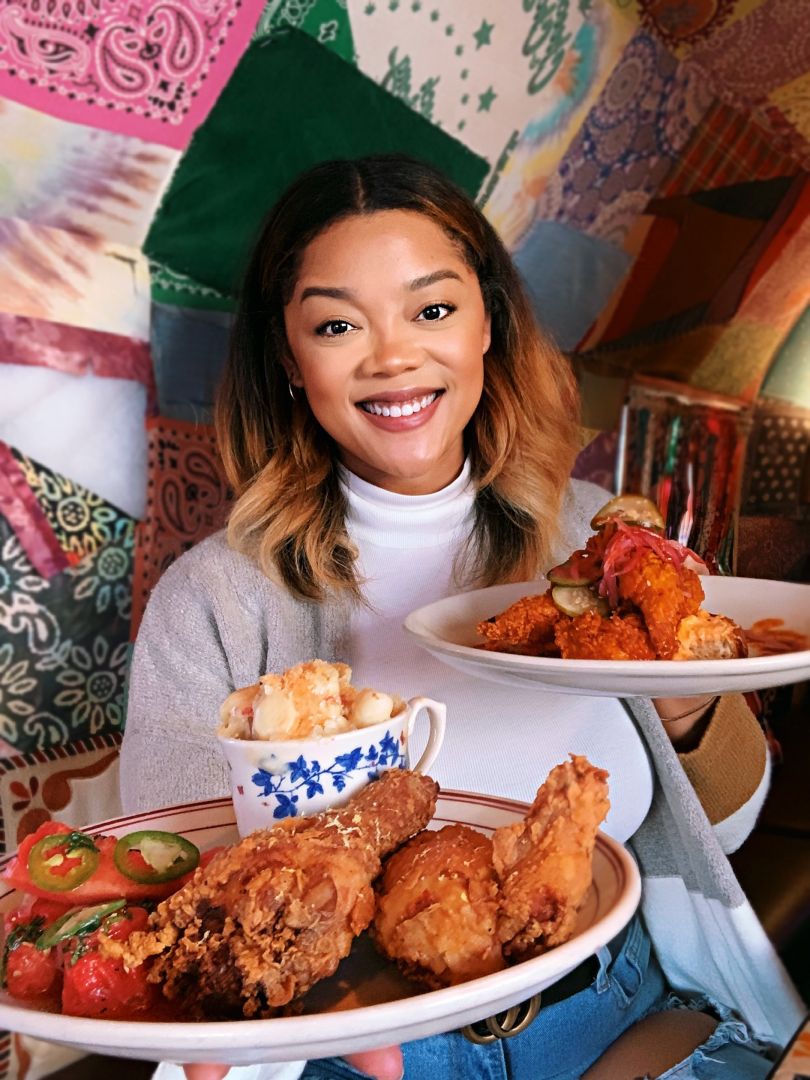 Risk taking in general is a practice most people use in their everyday life. You take risk falling in love, making friends, taking on a new project or just simply posting on social media. I used to take hours sometimes even days to make a decision but now I’ve gotten to a point in my life and career where risk taking is necessary. I recently opened my own online apparel store, The Potty Mouth Store. Before opening the store, I’d put together designs and only give them to my friends and family as gifts. It was comforting to just say “one day I’ll sell my ideas”, instead of actually putting in the work. The Pandemic forced me into extremely uncomfortable situations that required me to task risks. I’m still navigating the entrepreneurial world but whether its a lesson on processes or the gratification of a sale, risk taking has paid off. Read more>>

What’s the right work-life balance for you?

What are some of the best and most impactful decisions you’ve made?

What do you want people to remember about you?

If you had $1 million to invest right now, how would you use that capital?