We had the good fortune of connecting with Stephen Griffin and we’ve shared our conversation below.

Hi Stephen, we’d love to hear about how you approach risk and risk-taking
I remember reading a story about an old married couple. Someone asked them ‘What’s your secret? How have you stayed married for so long?’ One of them replied ‘Well, we’re still married because we never got divorced.’ Working in the film and television industry, I’ve had to accept quite a bit of risk and uncertainty throughout my career. I rarely know what any given year holds for me work wise, and sometimes I don’t know where my next paycheck is going to come from. It can get pretty stressful. Ironically, I’m a very cautious person by nature, so I guess I’m living a bit of an oxymoronic existence. However, I’ve always been at my best when I’m challenged by some perceived external force that goads me into taking a risk. Fifteen years ago, on my first day of film school, the head of the department walked into the lecture hall and told me and a group of roughly a hundred newly minted freshman “Maybe one of you will direct something and actually get paid to do it.” His words were crass to me at the time and for whatever reason, I took them as a personal affront. I then set out to prove him wrong. Not out of a sense of vindictiveness, but more out of a stubborn duty to myself for reasons I still don’t fully understand. It took me seven years to prove him wrong, but he wasn’t even talking to me at the time. He didn’t know that he was lighting a fire, he was just tempering expectations for a group of cocky eighteen year olds. Maybe his words were just the MacGuffin I needed to follow in pursuit of my ‘dream career.’ Risk is inextricably linked with living a fulfilled life. I take risks all the time, but they are calculated and the more I take them, the more comfortable I get making risky decisions. However, just because I ‘got what I wanted’ from a risky decision doesn’t mean things always turn out as planned. Just as that professor wasn’t speaking directly to me in that lecture hall, the world doesn’t care if you or I succeed or fail. Listening to my (whatever you want to call it) gut, intuition, instinct, inner risk taker/insane person has given me a modestly successful career directing, producing, editing and shooting movies, television and marketing content. There have also been some spectacular misses and failures along the way. But even in my thirties I continue to reinvest that ‘risk capital’ back into my life and it usually pays off over time. I guess if someone ever asks me ‘why are you in the film and television industry? Isn’t that a super risky career?’ My answer would be ‘Well, I never stopped doing it, and somehow I’m still here.’ Oh and P.S. Listen to whatever MacGuffin life presents to you. Maybe one of you will, and actually get paid to do it. 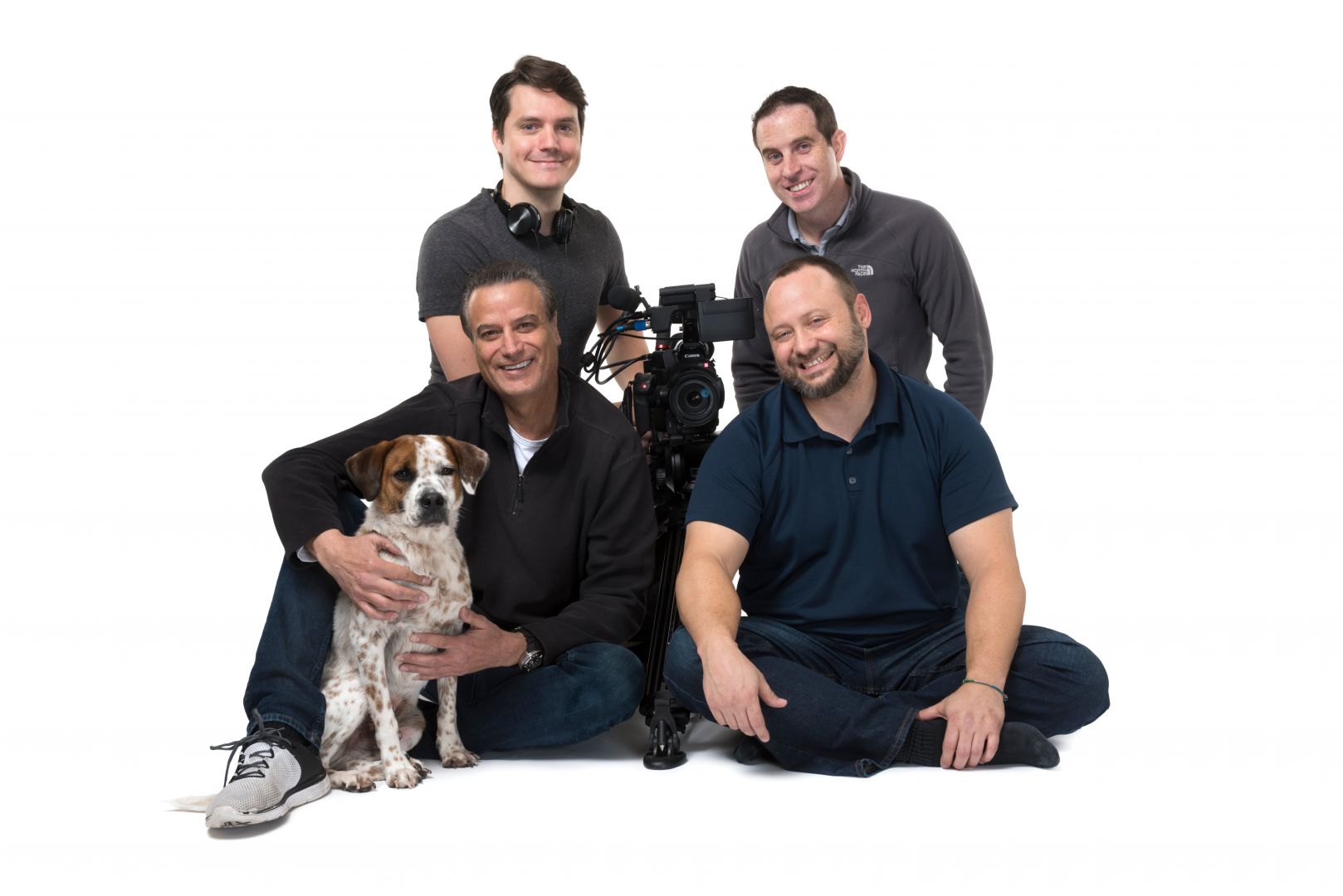 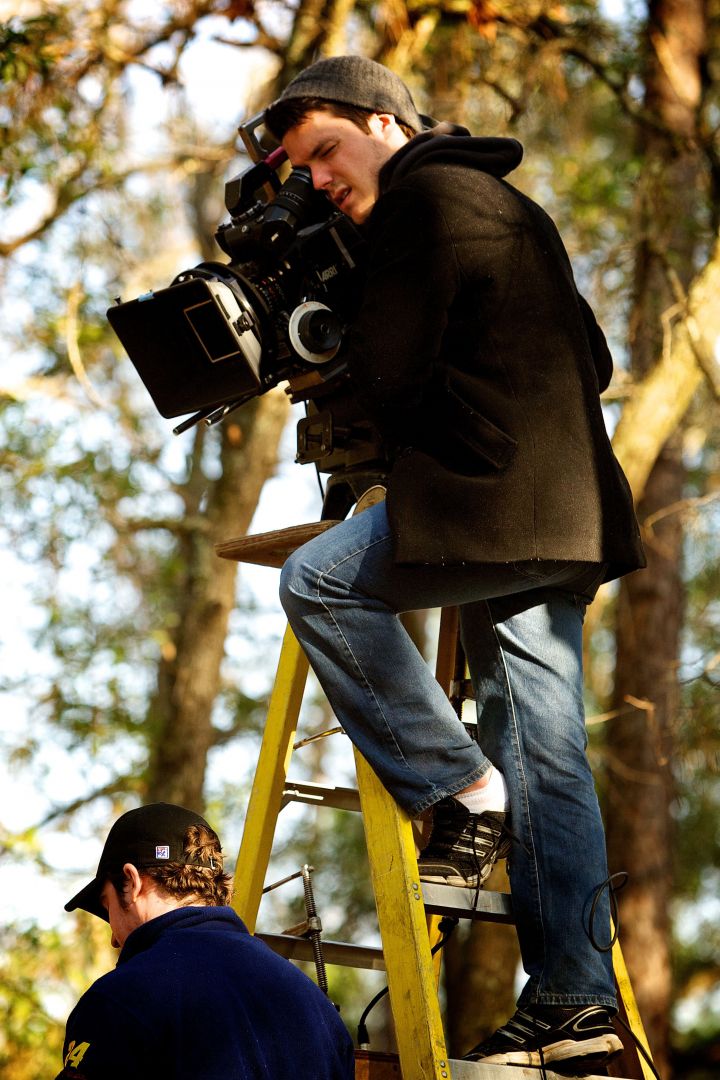 Alright, so let’s move onto what keeps you busy professionally?
I am a film and television producer and my current project is ‘To the Rescue’, a documentary television series that highlights amazing stories of dog rescue. We are currently airing in over 200 markets across the country on the CW, Fox and ABC. What sets me apart from others in my field? I’m curious, adaptable, and I continually try to re-invent myself. The creation of video content is rapidly evolving, and being a ‘slash’, someone that can perform multiple jobs at a high level, is more important than ever. I also think there is more out there that I don’t know, than what I know about my field. Remaining humble, and always approaching a project with enthusiasm are ways that I try to keep things light and focused. How did I get ‘here’? I love being on this journey. Video started piquing my interest in my high school broadcast department, where I was on-camera talent. The trouble was, I wasn’t very good at being in front of the camera so I learned everything about being on the other side of it. From there, I went to film school where I learned how to perform the basics of every ‘on-set’ position, and made several of my own short films. I ended up playing in film festivals around the world (including the Camerimage festival in Poland), and won a Student Emmy. I also gained a bunch of debt, but that’s a story for another day. After film school, I was fortunate to direct a feature film, and from there I began a stint as an editor. Circuitously, I’ve made my way to New Mexico, Los Angeles and back to Dallas. Along the way I’ve continued making feature films, shorts, marketing content for American Airlines and other brands – and now ‘To the Rescue!’ This definitely was not an easy road. On the flip side of following your ‘passion’ lurks deep uncertainty, crippling anxiety, stiff competition and many an existential crisis. But both sides of the coin fuel each other. You almost NEED the bad to fuel the good. I’ve learned to be equal parts Hunter S. Thompson and a Buddhist monk. To be in a creative field, and somehow make a living at it, you have to have an almost neurotic devotion to something while also being extremely patient. My brand? That’s a tough thing to define, but recently I’ve been really into cinéma vérité, capturing things as they are – essentially being a silent observer to a great story. In our current information-hungry culture, we tend to reward hyper partisan and overly emotional behavior, things which both distort reality to an unrecognizable degree. Making this dog rescue show, I’ve collaborated with some of the most selfless people I’ve ever met. People that devote their entire lives and livelihoods toward saving animals. I see myself as someone who just stands back and captures what they do, and they’ll hopefully make a lasting impact on the world. 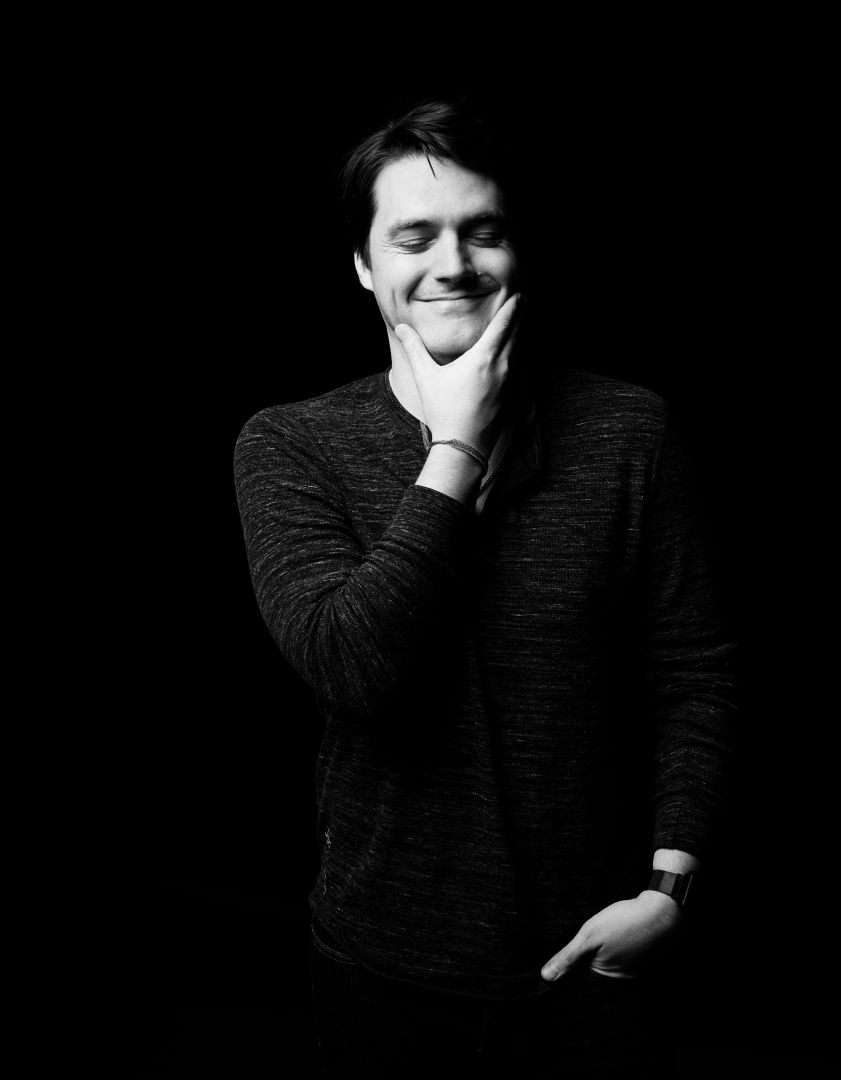 If you had a friend visiting you, what are some of the local spots you’d want to take them around to?
If a friend was visiting me from out of town, I would take them to HG Supply Co. on Lower Greenville, Jinya Ramen, White Rock Lake, and Bourbon and Banter. 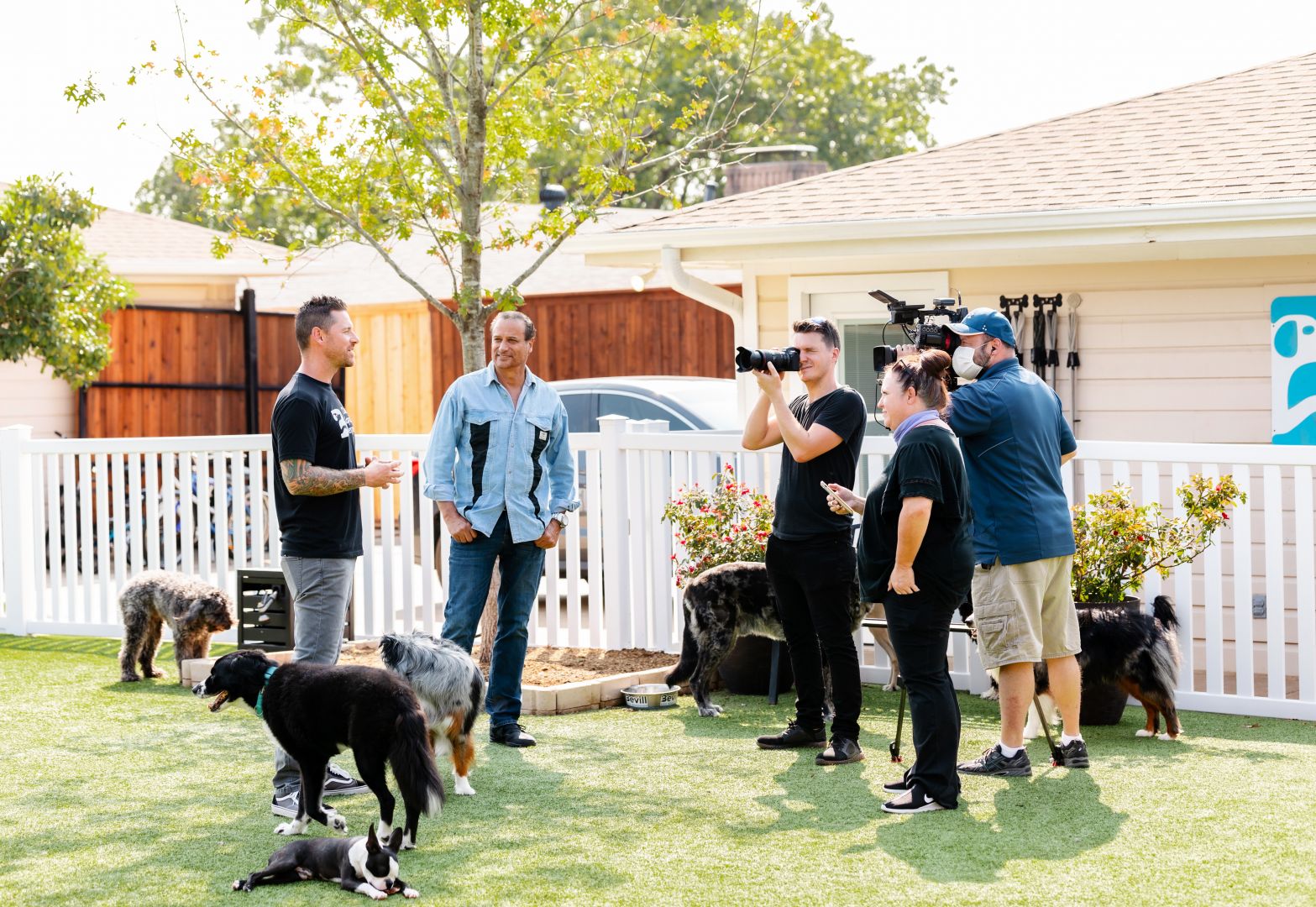 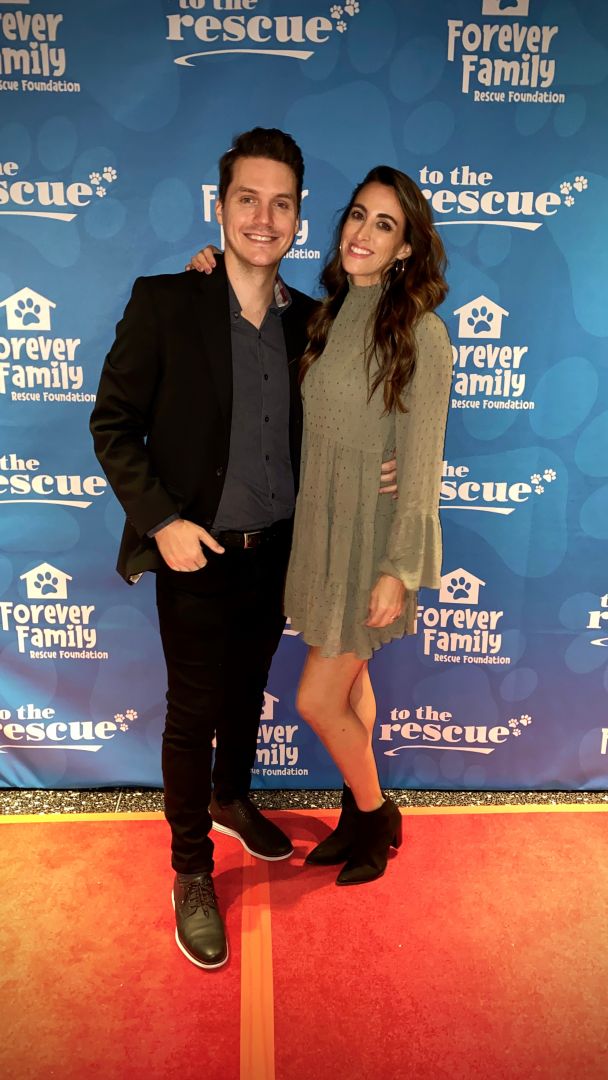 Shoutout is all about shouting out others who you feel deserve additional recognition and exposure. Who would you like to shoutout?
My wife Belen Griffin, and the University of North Texas Department of Media Arts