We had the good fortune of connecting with QUAKEintl and we’ve shared our conversation below.

Hi QUAKEintl, can you walk us through the thought-process of starting your business?
I’ve always dreamt of starting a business since childhood. I remember I would create little fake businesses just so I could feel like I was doing something. Growing up my plan was simple: form a team in either high school or college and take over the world….yeah that last part hasn’t happened yet. Fast forward years later; I began trying to figure out what exactly I wanted my business to be. I knew I wanted one, I just didn’t know what. Just so happens the answer was right underneath my nose the entire time. One day I realized I did accomplish one part of that original plan; form a team. This team consisted of individuals dedicated to creating ideas and pushing them into existence. Throughout time I was blessed enough to create several different products with these individuals whether it’d be music-related or non music-related; for myself or for any other member of the team. That’s where I found the passion to help others produce their creative visions into the physical realm. That’s when I thought of the term “Creative Manufacturer” and what that truly means. Simply put: garner the knowledge, information, and creative resources I have to help produce innovative ideas into the global community. Thus, Trophy Season Co. was born. 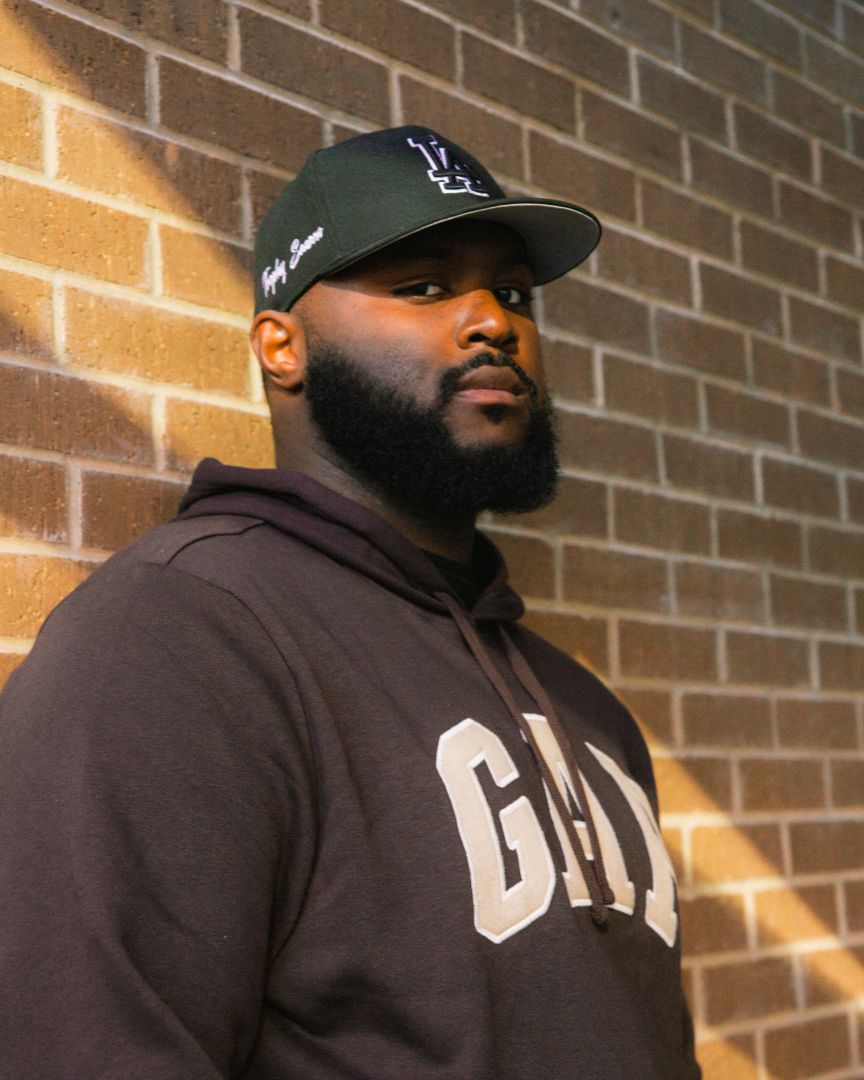 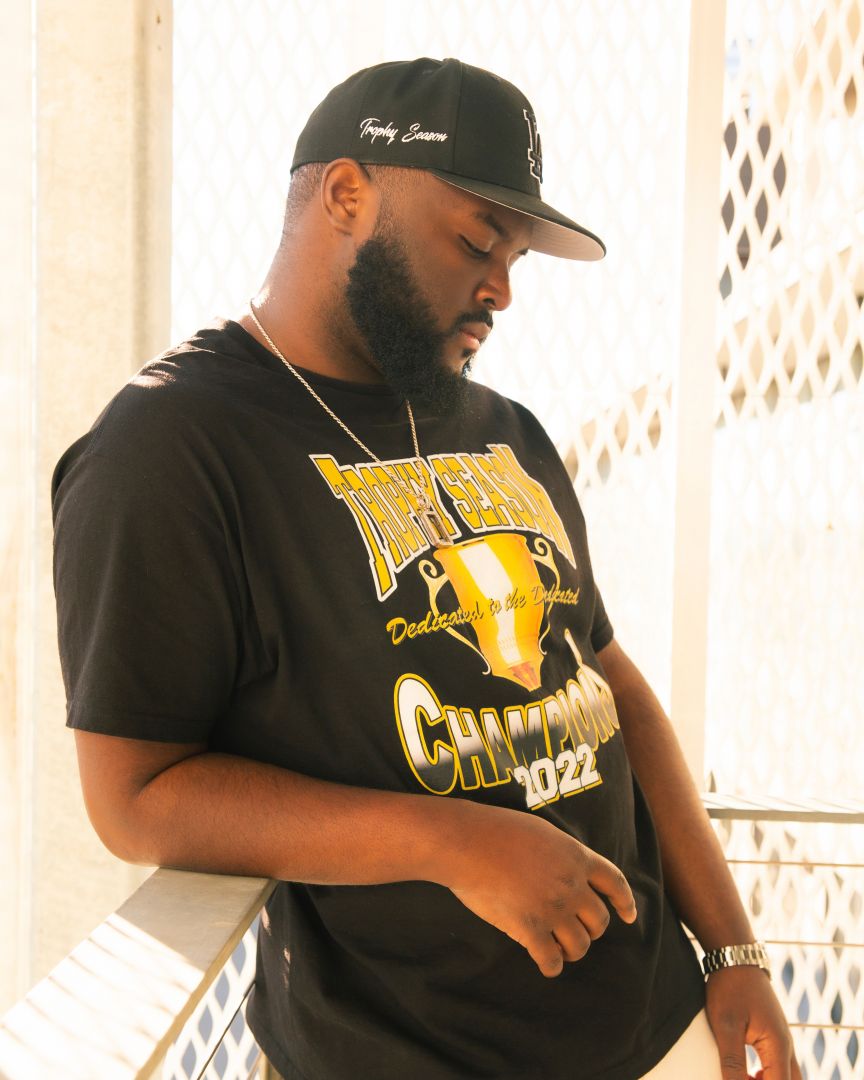 Can you open up a bit about your work and career? We’re big fans and we’d love for our community to learn more about your work.
I’ve been artistic pretty much my entire life. It started with drawing; I remember I used to draw everyday from my toddler years to my high school years. Just trying to stay out of trouble.

Music was also always apart of my life.
I remember participating in church talent shows as a kid; I was pretty terrible though and the other kids definitely let me know it too.
But those moments of early embarrassments helped build character for me and taught me how to receive criticism as well as how to conduct my art in front of a crowd of people.

Music runs in my family.

My Grandfather used to be in a group as a youth; he would go tour around the country with his band. I’m quite literally his twin so I imagine that’s where I get my old soul from. My Mother was also a songwriter; she used to take me to the studio with her every time she had a session. That time period was a lot of my first moments seeing music behind the scenes and definitely played a huge part in me becoming interested in making my own. I used to have a drum set and a guitar that I would practice with to no end; I never got good at the guitar unfortunately.
I didn’t mind it though; it was just fun at first. Rapping was always a hobby that I didn’t take serious until others around me started taking it serious for me. When I was in school I used to freestyle while someone else was beatboxing or banging on tables and I’d always get the occasional “Bro actually got something with this!” followed by a “Keep Going!” At first it was weird cause, as I mentioned before; I wasn’t taking it serious until I met Billy and Slim. They were among the first ones to put me in a closet studio just to see what I could do. Even though we were in a closet I fell in love with making music at that point. I would walk miles to the studio every weekend. Stay all day; sometimes the entire weekend. Walk back home rapping the whole way; probably looking like a crazy person. I did this for several years just honing my craft. I had found a new drive and I was dedicated to make something of it.
Fast forward to today and I’m taking music as serious as I’ve ever have. In January I released my first album entitled
TROPHY SEASON. A fitting name that symbolizes my journey thus far. A season of trials, wins, and losses. Being a creative isn’t easy. One week you could be on a creative high and the next you just feel like throwing in the towel. Then you have the pressure of life outside of art; dealing with that. The expenses that come with it; both monetary and non-monetary. Becoming your own worse critic because of course you want your art to be accepted but also not letting that get to you. Being a creative is a lot to deal with. I was able to rely on God and push through. Exercising my faith; that’s been my process. Through it all, just being dedicated is what I’m proud the most of. That’s what TROPHY SEASON means to me.
It’s more than just the music. It’s the story and people behind it, as well as the impact it has on others going through they’re respective seasons be it creatively or just in life. It’s dedicated to the dedicated.

Overall, I would say the biggest lesson I’ve learned thus far in this is just controlling how I react against adversity. Learning how to see something beyond your control and still push through it. To me that’s apart of the heart of a champion; which I strive to be and encourage others to be on a everyday basis. 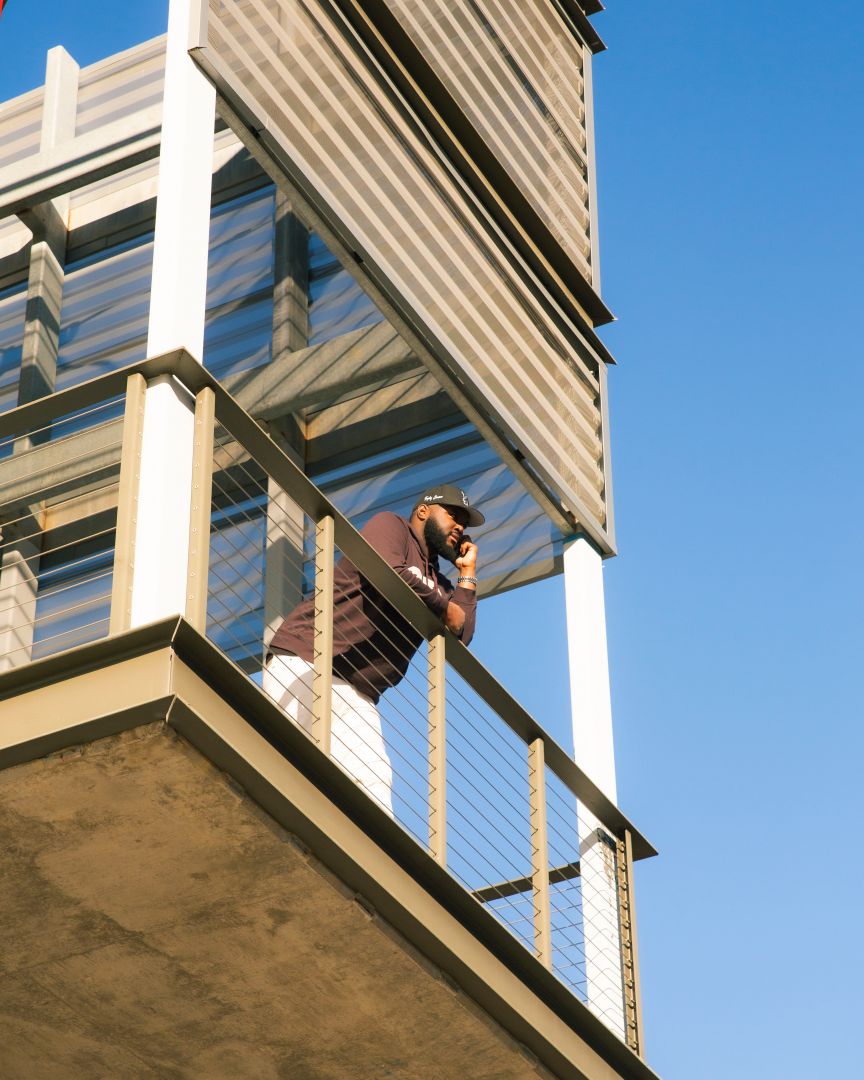 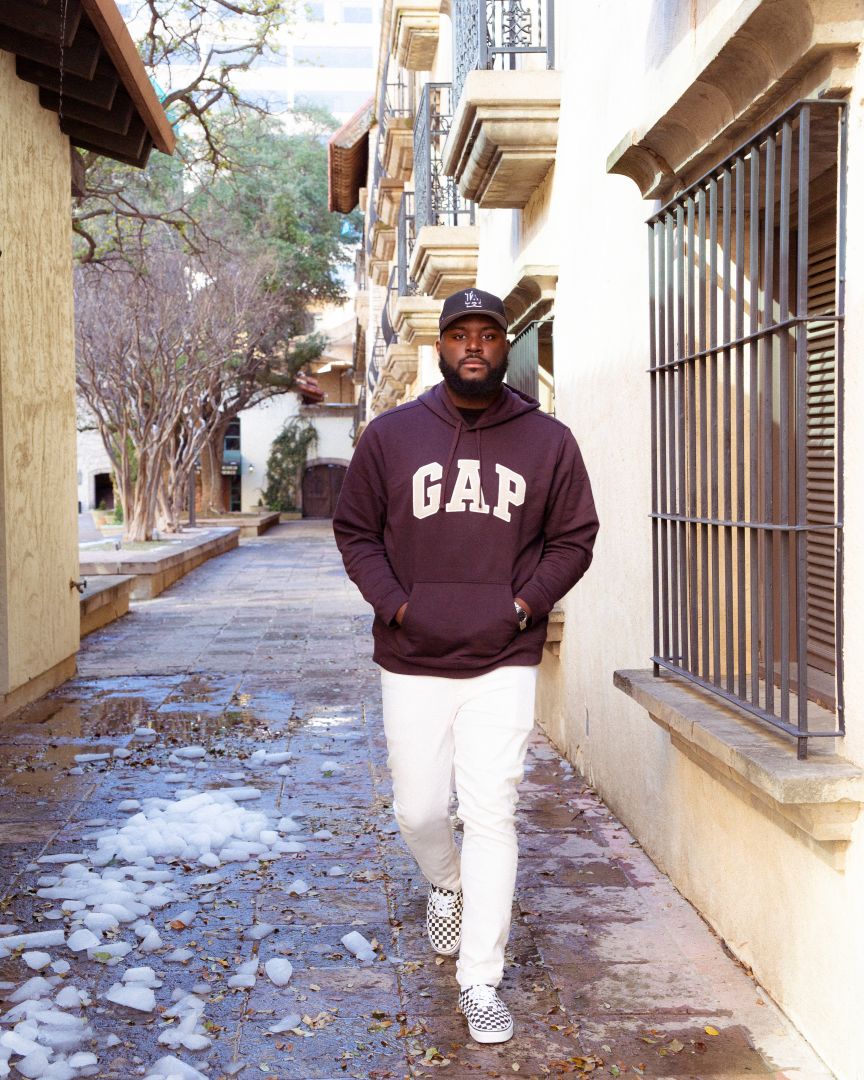 Any places to eat or things to do that you can share with our readers? If they have a friend visiting town, what are some spots they could take them to?
I’m pretty much a introvert myself but I do have a couple spots I like to frequent. If a friend were coming in town; I’d have to take them to South Dallas; there’s a barbecue spot called Off The Bone, amazing!

Also in West Dallas there’s another taco spot called Caesar’s Tacos. Probably some of the best tacos in DFW just make sure you go with someone familiar with the area.

Heading out of Dallas to the
Mid-Cities area there’s Lushaj’s Pizza. The best pizza in the whole metroplex and it’s not even close!

To visit, there’s a couple cool places to see depending how far out you wanna go. Downtown Fort Worth has plenty of interesting things to do.

And if you’re into sports than Pennington Field is definitely where you want to be on a night when the Trinity Trojans are playing football.

For hanging out, you gotta tap in with the music scene. Das Glue is a great place to start if any.
There’s always a music event going on. 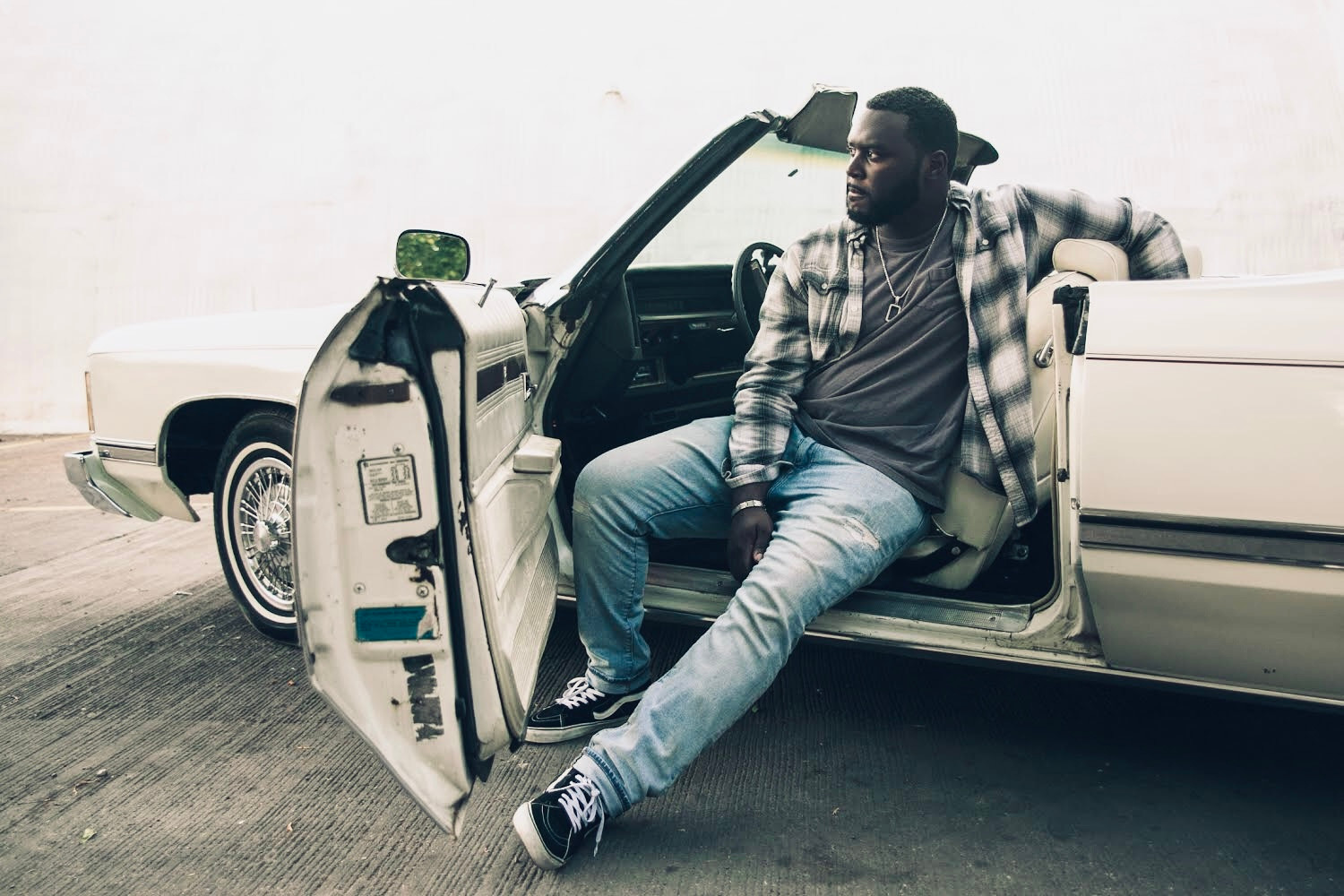 Shoutout is all about shouting out others who you feel deserve additional recognition and exposure. Who would you like to shoutout?
Well first and foremost I have to shoutout God; without him nothing I do is even remotely possible. I’ve witnessed him function supernaturally in my life and I can’t even begin to express my gratitude.

Secondly I have to shoutout my mother; Le’Shelle D. Clark. This woman of God has instilled so much in me and is a continued support system in whatever I do. She also has an online ministry called DIVINITELIFE where she teaches and practice spiritual deliverance as well as podcasts.

Lastly I have to give a huge shoutout to the team I mentioned before: Daniel Chatterton of Kid’s Table, Slim Coltrane of Dynamic Inc., and Billy Movado of No Sleepin’ Records. These individuals have helped me tremendously in all areas creatively and definitely deserve their recognition!

You can find all of these individuals on social media at: