We had the good fortune of connecting with Dave Jarvis and we’ve shared our conversation below.

Hi Dave, why did you pursue a creative career?
Sometimes I feel these waves, or things will resonate and reverberate in my head, and it always seemed to happen with music and colors and shapes and how they can work together to send chills down my spine and a tingle in my toes. Music has always been with me, has always given me the charge that was needed at the time I heard it. I needed a band like Oasis when my parents got divorced. I needed a band like Pantera to help me identify with a group of freaks that let me smoke next to them. I needed a band like Three 6 Mafia to mix with the funk in my room when I lived with a band I was singing for. And these days, I need new music more than ever before. I need to hear and smell and live new music. I want to make new music. My project, X610chil (pronounced ExSixTenChil), has dedicated itself to new music. Each new track has a new vocalist. Each new vocalist is from D/FW. I want to work with you, because I believe we all have a beautiful song in ourselves. And I would love to be the one to make a beautiful song with you. 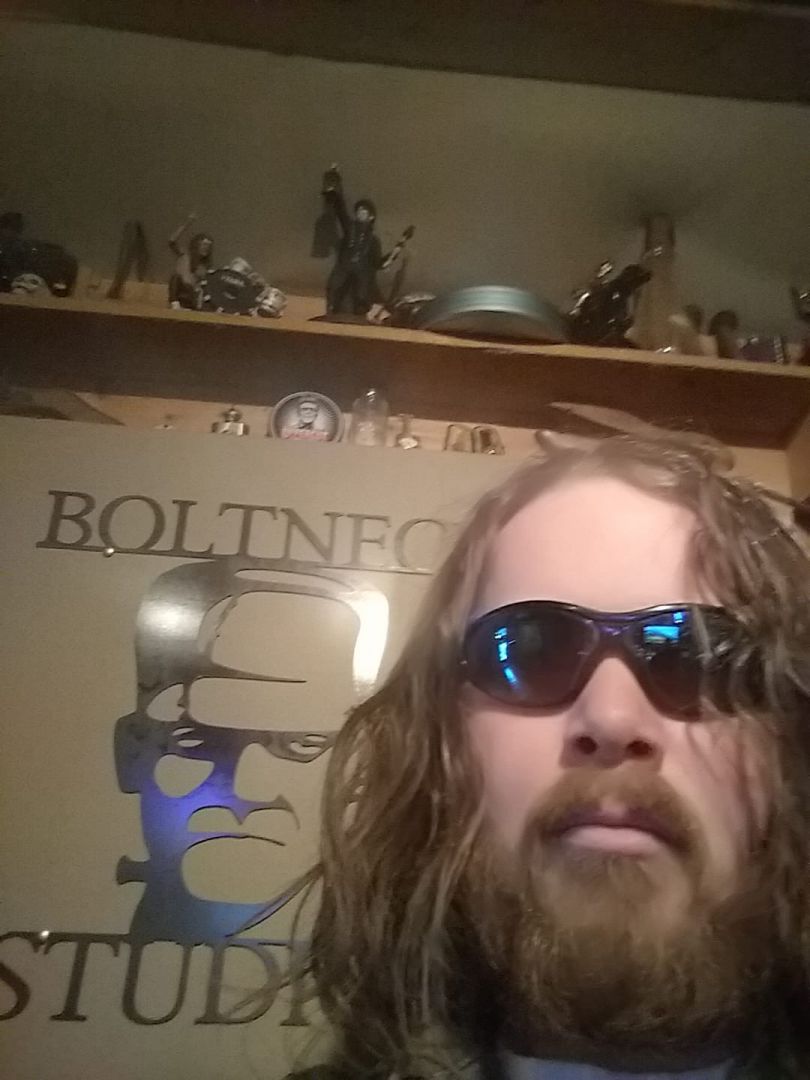 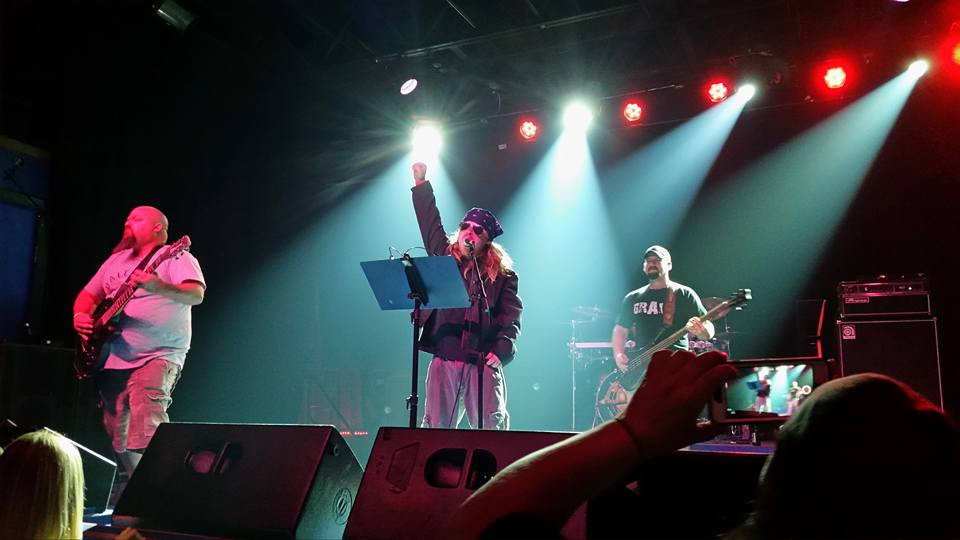 Let’s talk shop? Tell us more about your career, what can you share with our community?
My technique is a blank slate. I never enter the studio with an idea. I just find the foundation I need, throw everything at it, chop it up, put it in the oven, and hope for the best. It didn’t start out this way, though. I spent almost ten years and ten albums not really caring about the recording process. But, after working under the tutelage of Ty Macklin at Alpha Omega Studio, as well as the almost three year journey that took to make a solo album with Charlie Reddin at Boltneck Studio, including, but not limited to: deaths, arrests, multiple producers, being homeless, etc. I was able to pick up the craft of producing and making music by myself. For years I had always wanted to create a project that was dependent on the music itself. None of the artwork has artists faces or mine, nor is there much chirography. I want the listener to let their mind wander. I don’t want faces associated with the thoughts in your head as you’re listening. That’s how MTV ruined music. Let the music guide you and your own haze. And I hope you enjoy yourself whenever you hear any of my music, or just music in general. Music exists as a thing that can’t be seen. To me, that makes it something more. 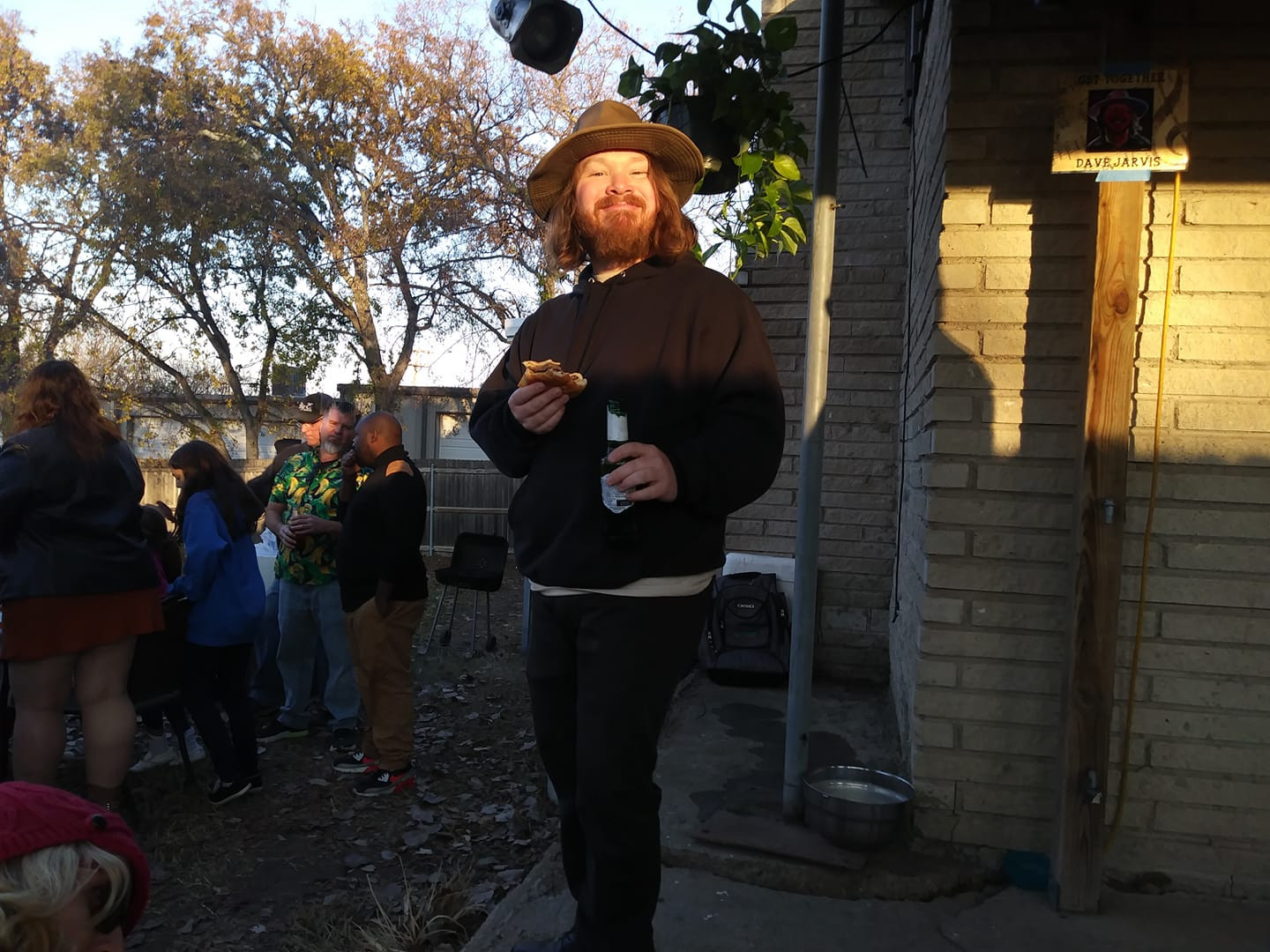 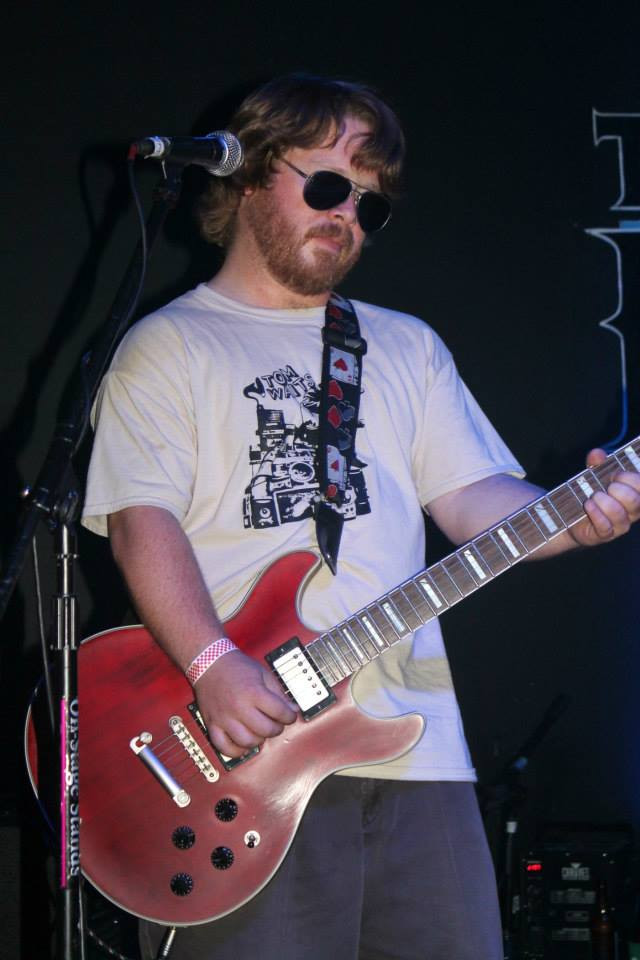 Let’s say your best friend was visiting the area and you wanted to show them the best time ever. Where would you take them? Give us a little itinerary – say it was a week long trip, where would you eat, drink, visit, hang out, etc.
On Sunday, we’d get up bright and early and come to band practice at EMP Studios. After a few hours of grandstanding banjo and violin infused country rock, we’ll go right down Abram Street to check out Growl Records for some vinyl, maybe craft beer right next door at Division Brewing while taking in an outside band (they’ve been playing quite a bit of soul lately, it’s the best). Right across the street would be some Irish Nachos courtesy of J. Gilligan’s. Around the corner is Arlington Museum of Art, where they are currently exhibiting the retrospective 30 Americans. On Monday, I might take them to Six Flags or Hurricane Harbor to soak up some sun and eat some PB&J. On Tuesday, we’d stop off at Jack’s Pour House in Grand Prairie for some cheap drinks, pool, and possibly karaoke. On Wednesday, I’d take them to the Fort Worth Botanical Gardens for some of the most beautiful landscapes these eyes have seen. Thursday is second band practice day. On Friday, we might have a show at any of the many amazing live music venues in the greater D/FW area, such as Maverick’s in Arlington, Haltom Theater in Haltom City, and Killer’s Tacos in Denton. On Saturday, we would definitely spend most of the day in any of the number of studios that I have become acquainted with over the past two decades. Whew, what a week. 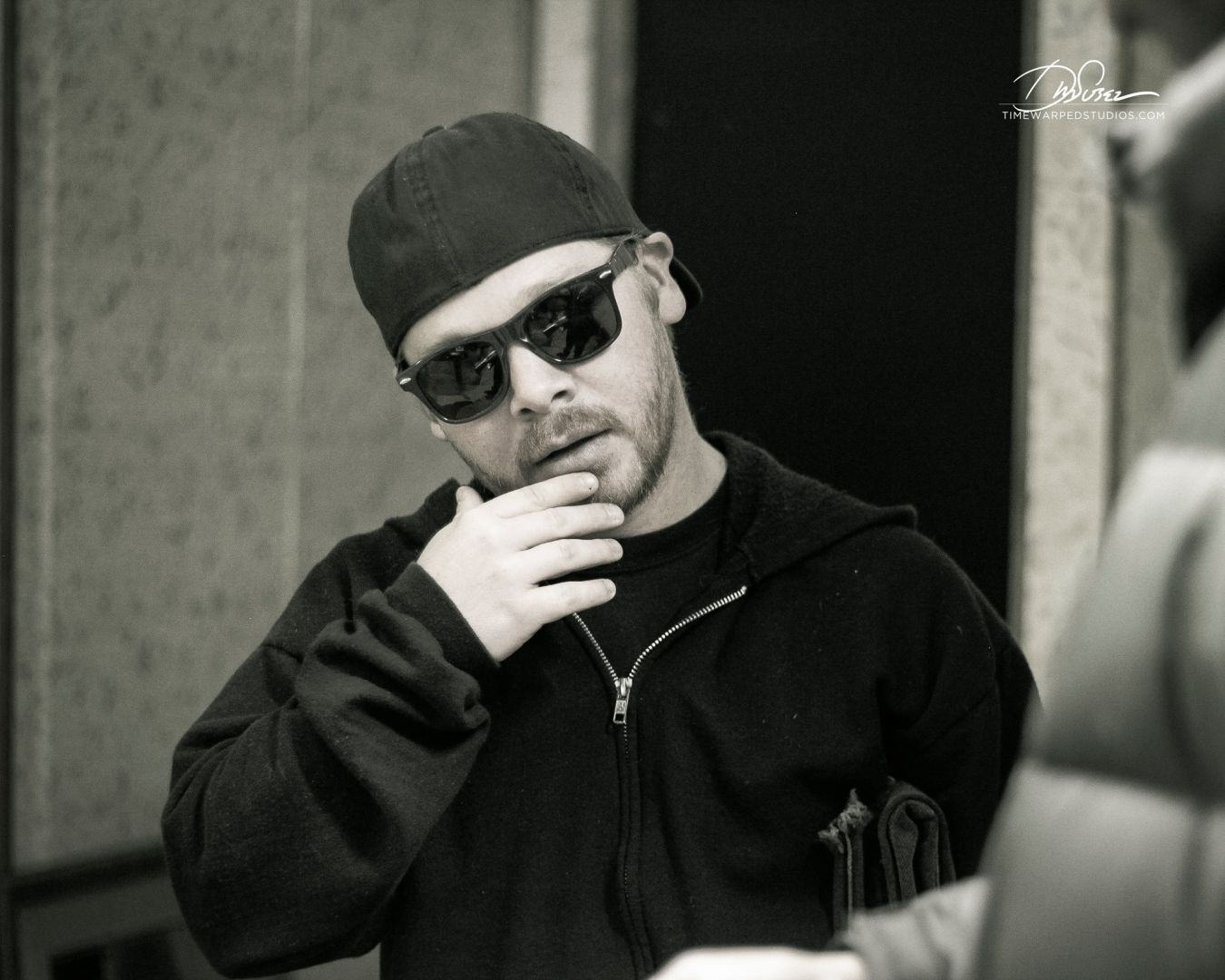 Who else deserves some credit and recognition?
For the ride by my side for 20 years of music, and even more of putting up with me, I want to send my shoutout to my brother, Hank Jarvis. From playing drums with me doing Metallica covers in the garage, to slapping bass with me as we toured across the country with Grain, to over ten years of fronting the most amazing alternative country band you’ve ever seen, DANK, he has been a joy to work with, a rollercoaster to live with, and the greatest partner in tunes anyone could ever ask for. 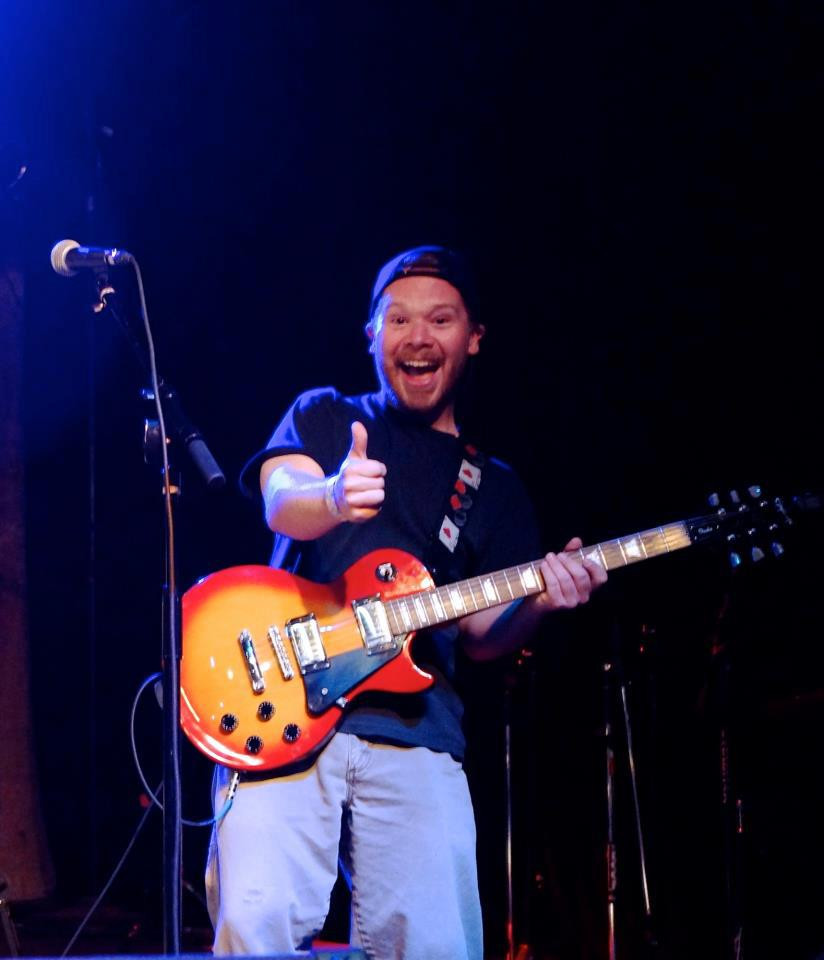 Meet Heart of the City | Band