We had the good fortune of connecting with Bailey Turfitt and we’ve shared our conversation below.

Hi Bailey, why did you decide to pursue a creative path?
I pursued an artistic career at a young age, starting as a makeup artist for DSMA (Dallas Summer Musical Academy) and for Highland Park Middle School productions, mainly for community service hours and experience. Doing stage makeup and costume design eventually evolved into doing photoshoots in college with friends that involved more complicated concepts and props and even got to the point where I was given incredible opportunities. I did makeup for a promotion shoot for Sweet Tooth Hotel, as well for a few of their parties. I also have been featured in a RAW Artist show and published in UNT’s Over Magazine. This was the point where it became a career of passion. I chose an artistic career because it allowed me to express my emotions in a medium that can be interpreted by others. It also was an effective way to communicate for me, as I am deaf. It seems to be the clearest form of communication for me, despite there being ASL or lipreading, and was just as beautiful. It also opened up many possibilities, different mediums and different canvases to experiment with. It constantly brings me joy and happiness, being able to communicate freely with others, despite having a disability that is known to prevent communication. 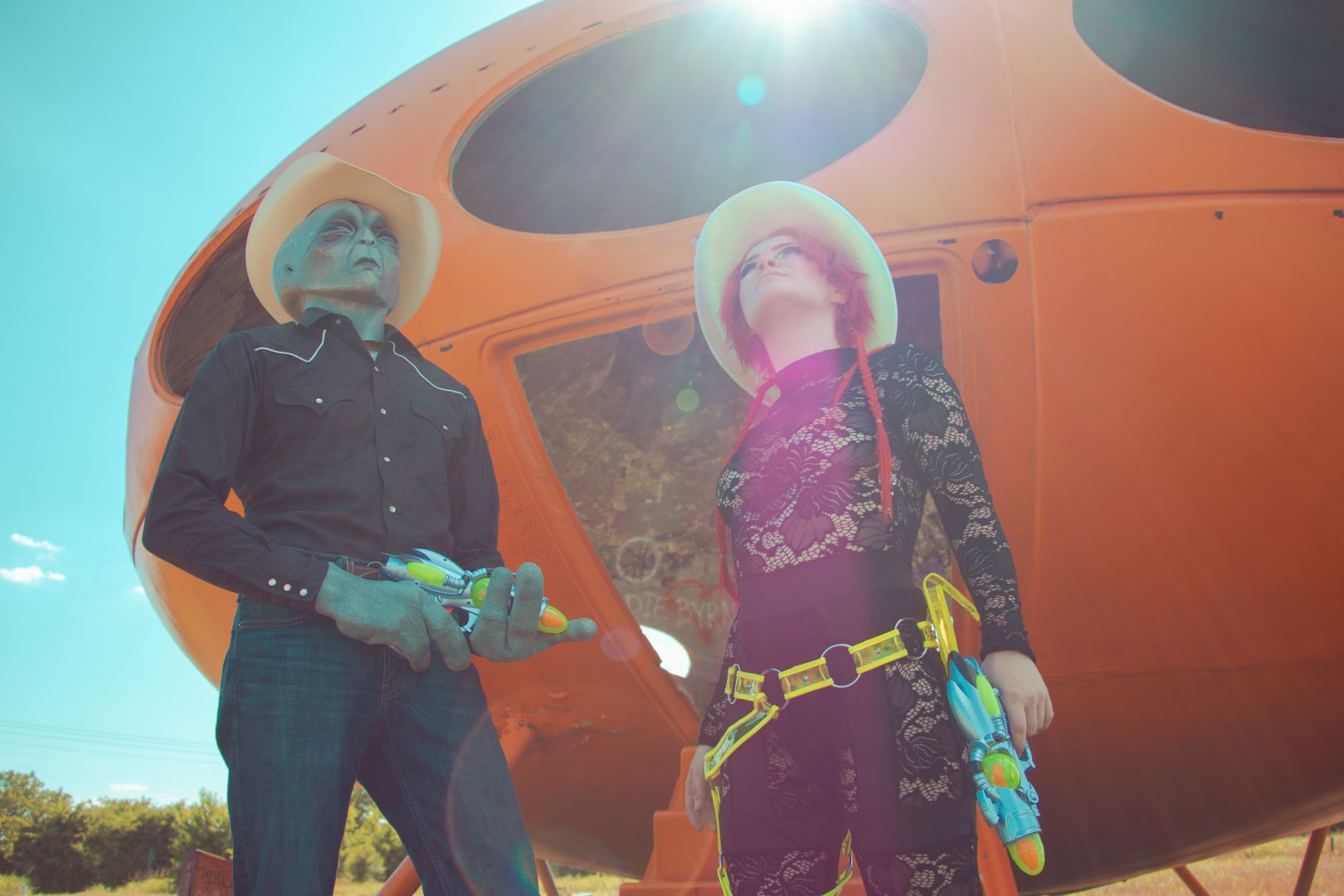 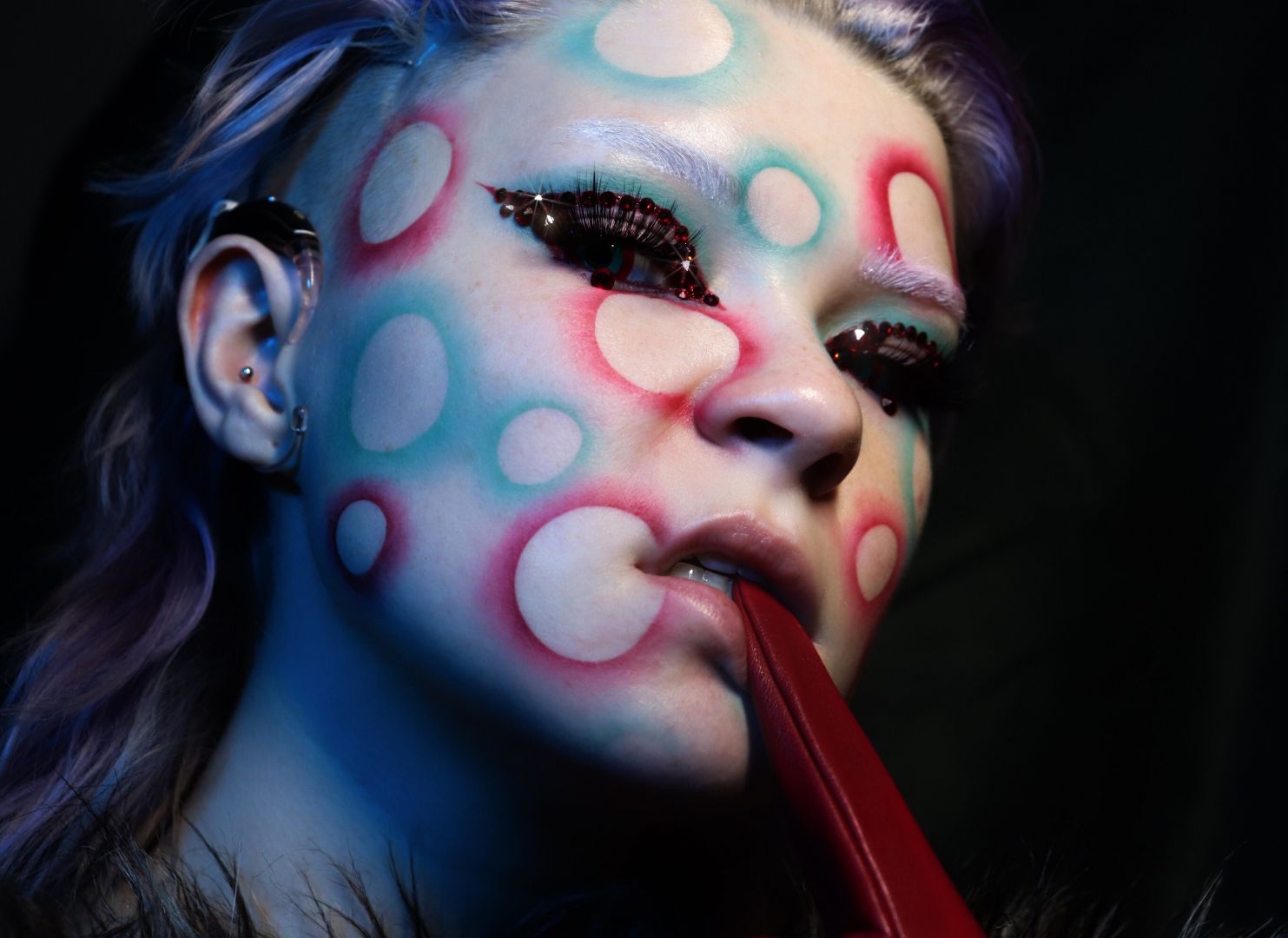 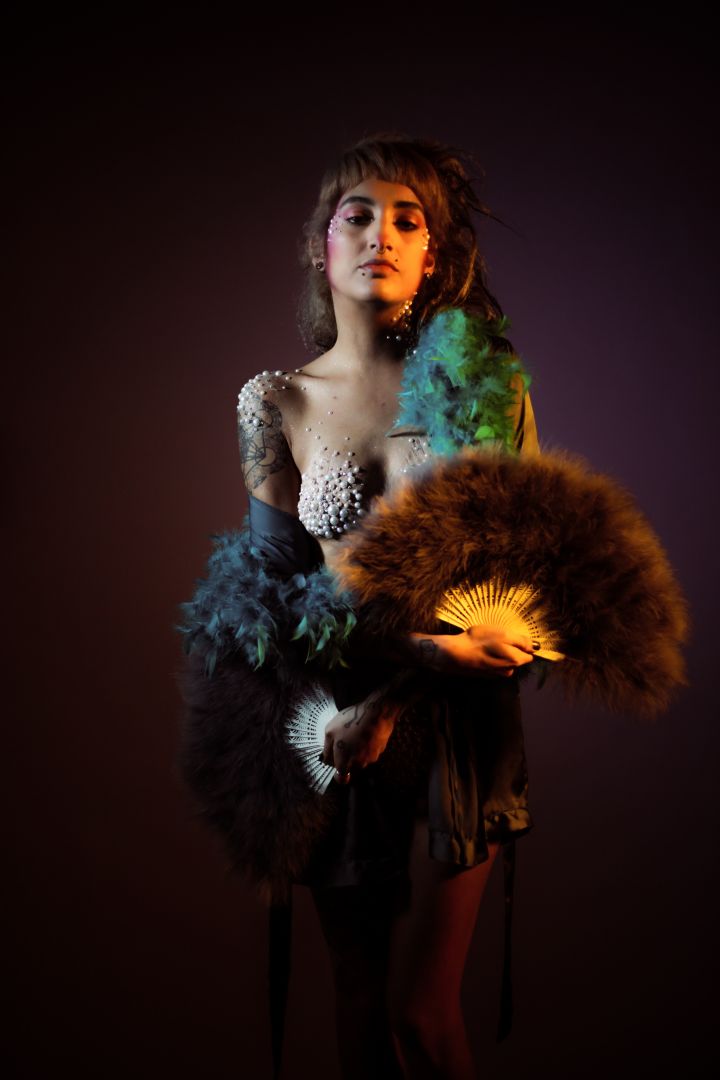 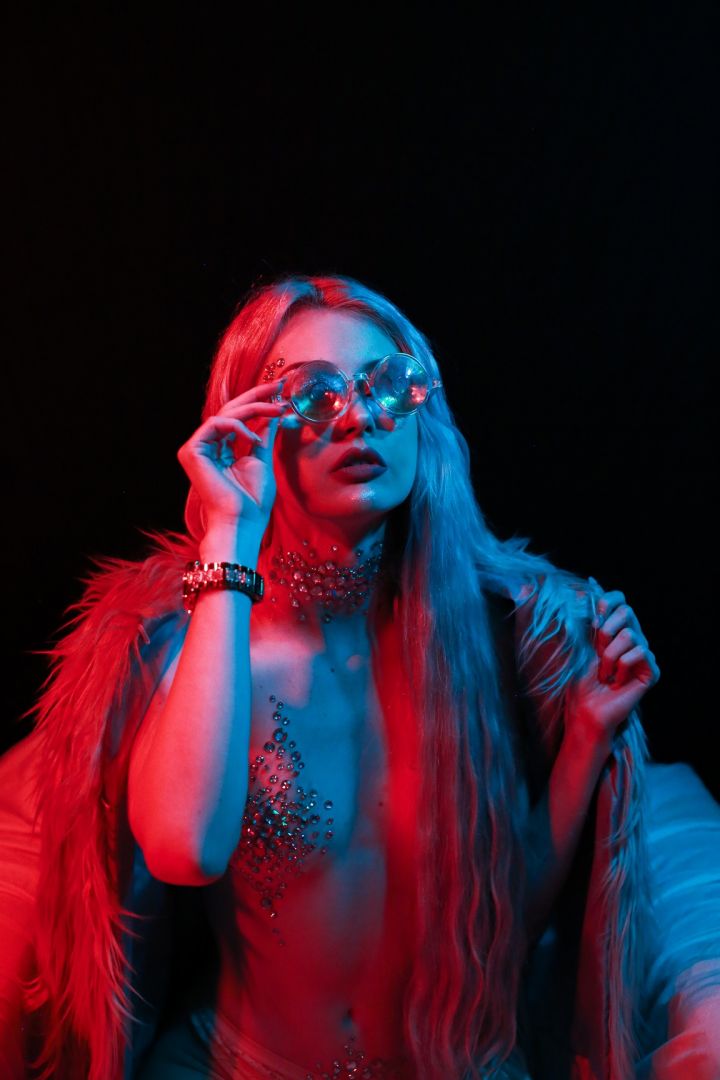 Can you open up a bit about your work and career? We’re big fans and we’d love for our community to learn more about your work.
I began my journey as an makeup artist in 6th grade when my father asked me if I could recreate some special effects makeup for Halloween. I agreed to trying it out and took on the challenge. I succeeded and became very interested in makeup in general, so throughout high school I practiced as a makeup artist (and sometimes a costume designer) for Dallas Summer Musical Academy and for my middle school’s productions. I also began experimenting looks on myself, and veered into a more whimsical mix of traditional special effects makeup and beauty makeup. I began shooting with Leah Wright in college and began to challenge ourselves with complex concepts and experimentation. There would be some days where we would shoot for three hours and ask each other “what if we did this?” or “what kind of effects would this create?”. Some ideas would fail, but some would produce some very unique looks. I also began to veer off into more professional settings, such as Sweet Tooth Hotel. To tell the truth, I was terrified! But Jencey is one of the kindest and creative people I’ve ever met, and every experience was not like anything I’ve done before. I was asked to do black light/neon makeup for a party there, as well help with the promotion for it. I assumed that they wanted me to do the makeup on a pre-selected model, but was very taken back when they asked me to do it! What an experience! Especially for something as inclusive as STH. I also participated in a RAW Art Show and had models go down a runway, sporting looks inspired by Beatle songs. This was a long-term dream come true! Of course during this period I was also juggling completing a Bachelors degree in Biology, as well as the inevitable hearing loss I went through, which eventually resulted in a a major life-changing surgery where I received a Cochlear Implant in my right ear. This threw me for a loop, as I always loved music, and was a trained musician in high school. I coped with this drastic change through my art, and sometimes even incorporated my new implant into the art. Every day, I grow to love it a little more, as I view it as a unique art piece I’ve acquired. Just as I came to terms with my new life, I was thrown for another loop, as I became a victim of domestic violence. Once again, I used my art as a form of a coping mechanism and became stronger than ever. I surrounded myself with people who cared about me and who relates with my art. I strive to make people feel unique and untouchable with my art, and make them see themselves in a new way that they never saw before. I also strive to form new friendships and connections with those who are eager to create something beautiful, in their own special way. I also enjoy pushing the limits and see what new exciting things can come forth from determination.

Let’s say your best friend was visiting the area and you wanted to show them the best time ever. Where would you take them? Give us a little itinerary – say it was a week long trip, where would you eat, drink, visit, hang out, etc.
Well, during the day, I would take them to visit Dolly Python’s and Benny’s Antiques first (it is a must to delve into the weird stuff first). Then for lunch I would take them to The Old Monk for a nice English lunch, or the Dallas Market Center for some local food. I would then take them visit Sweet Tooth Hotel for some interactive art fun, then the DMA and Nasher Sculpture for some art gallery fun! Then I would take them to the Haus of Vintage (a vintage clothing store) for a little shopping. Of course we would have to stop by Deep Ellum Art Co for some lovely music and for a Brick and Bones cocktail, as well to peruse the local art in their gallery! If they are there on a Sunday, I’ll take them to the It’ll Do Club for a nice Church night! 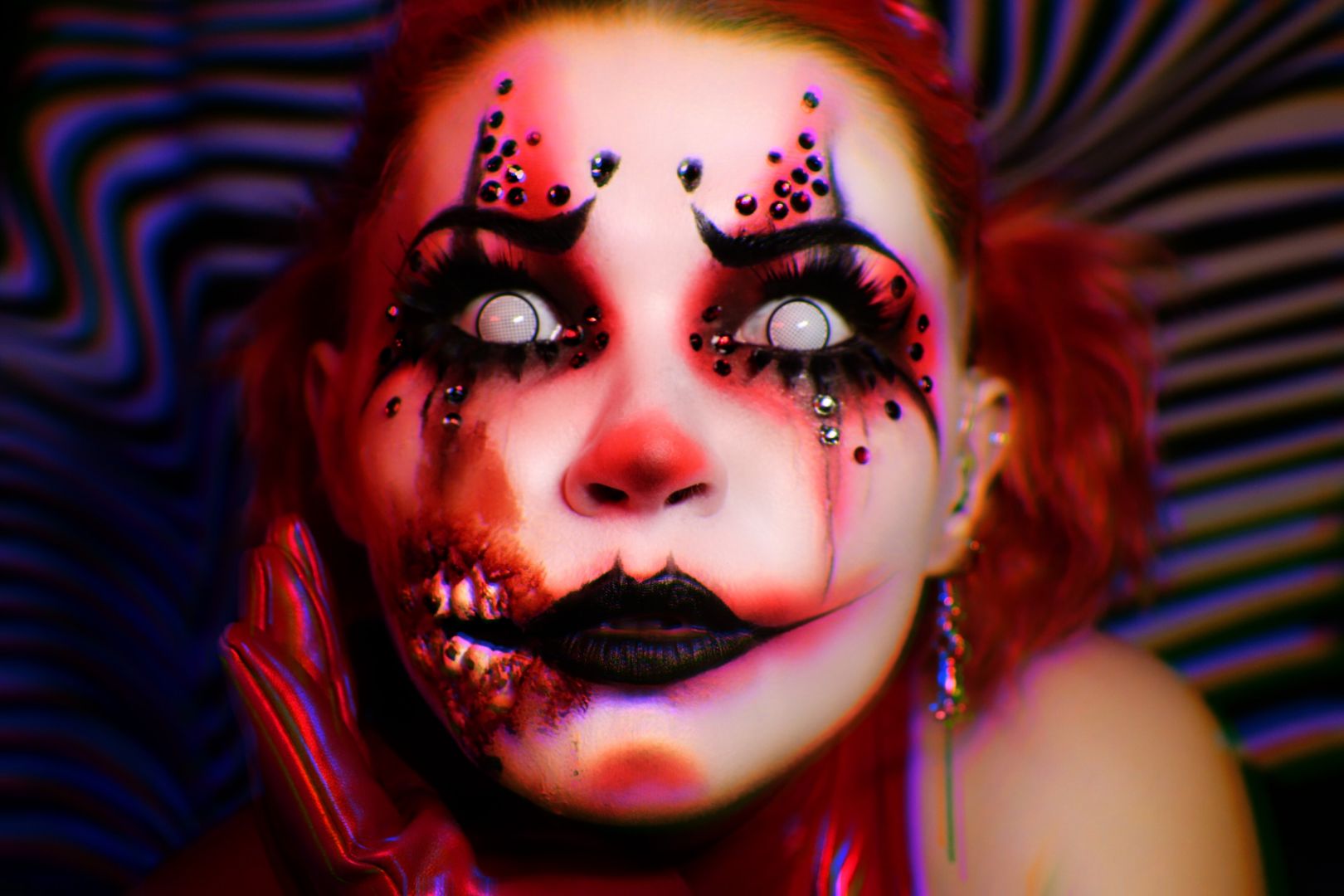 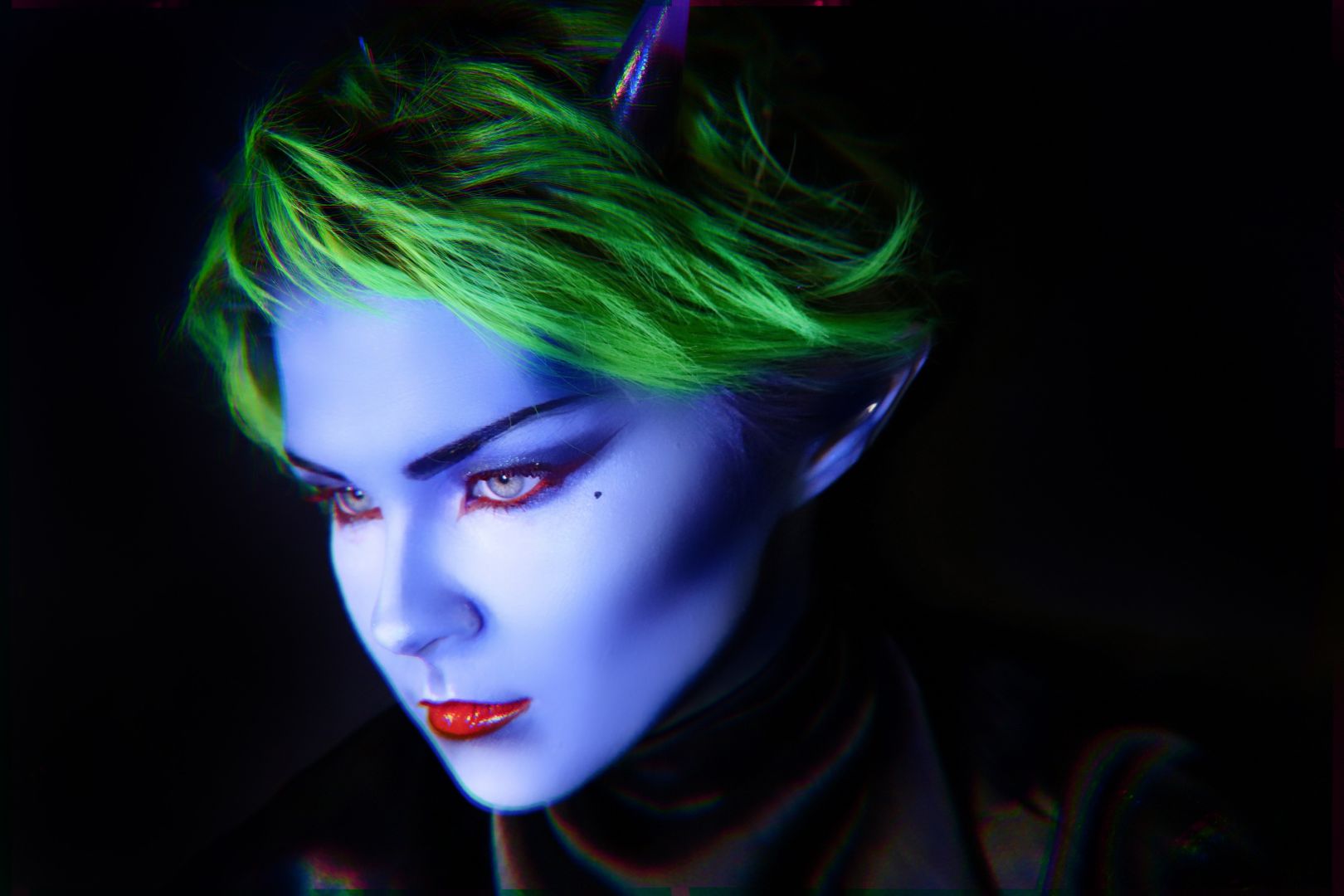 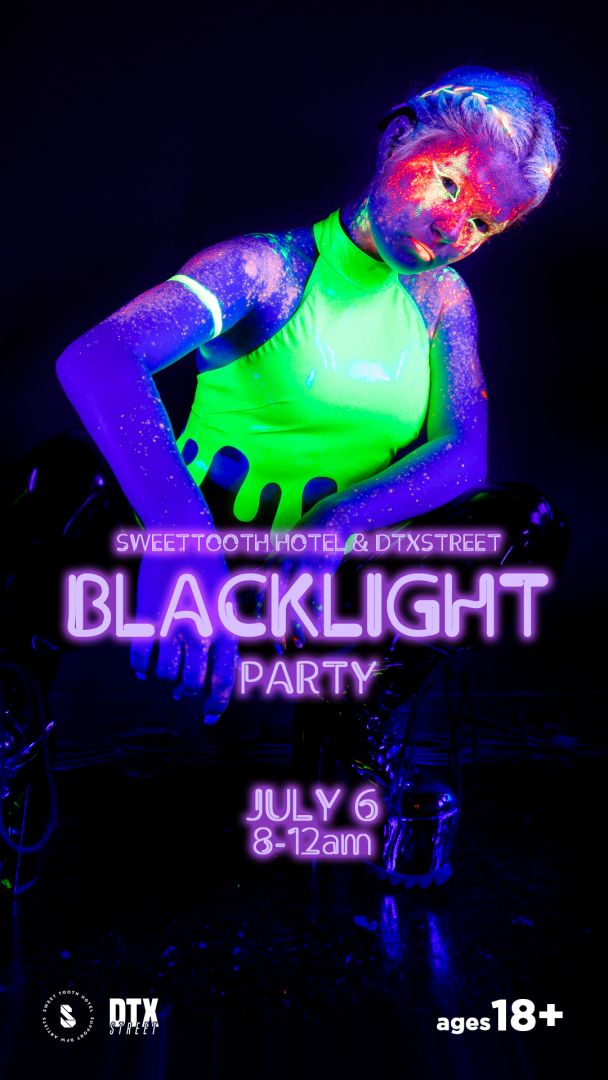 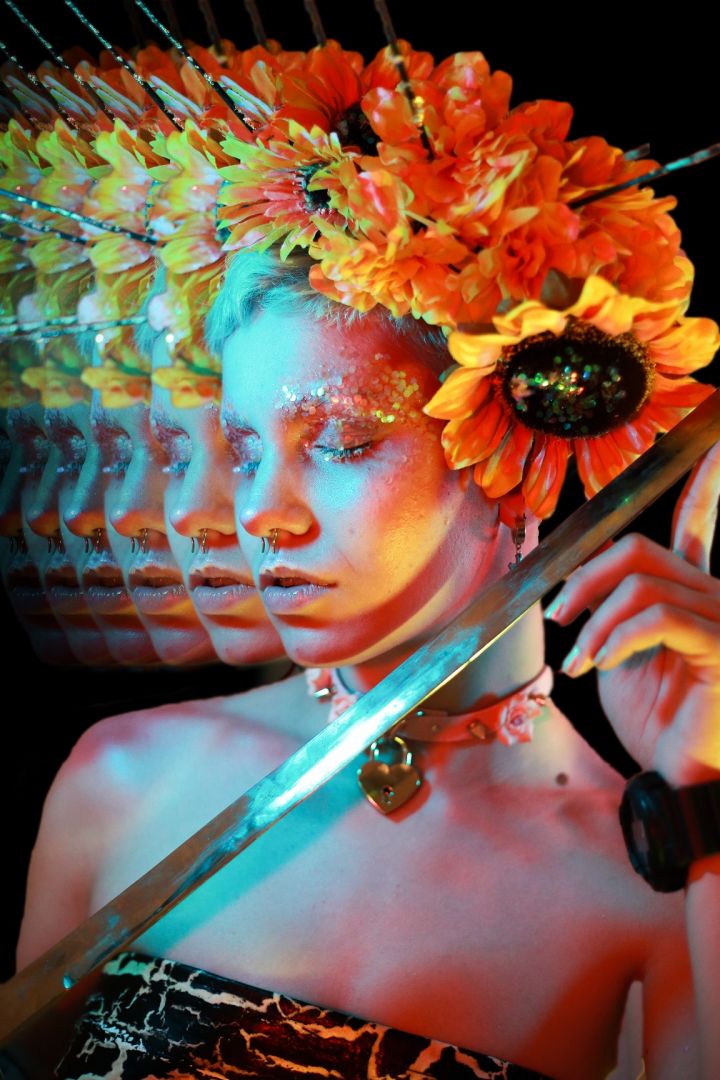 Shoutout is all about shouting out others who you feel deserve additional recognition and exposure. Who would you like to shoutout?
I want to thank some of my long time friends and a few incredible groups that have always supported me. Leah Wright has been there since day one, and have been a crucial part of my growth and development of an artist. She also has grown into an phenomenal photographer, as well as an incredible friend. I want to also thank Jencey of Sweet Tooth Hotel for giving me such an amazing opportunity and experience with Sweet Tooth Hotel, and introducing me to a whole new world of amazing artists and a loving community. I also want to thank my boyfriend and partner in crime, Aven Stewart, for always supporting me, and even allowing me to use him in shoots (even though I KNOW he hates wearing makeup).