We had the good fortune of connecting with Taylor Higginbotham and we’ve shared our conversation below.

Hi Taylor, how has your pespective on work-life balance evolved over time?
All of this started as a hobby. When I lost my main source of income at the time, I decided to double down and work full time on it. Months of ground work went by before I got another job, and by then, I had started to revolve my life around it. I told my new employers how important it was; making sure certain days were set aside for it. I was surprised by how much help I got when I told people the things I was passionate about. 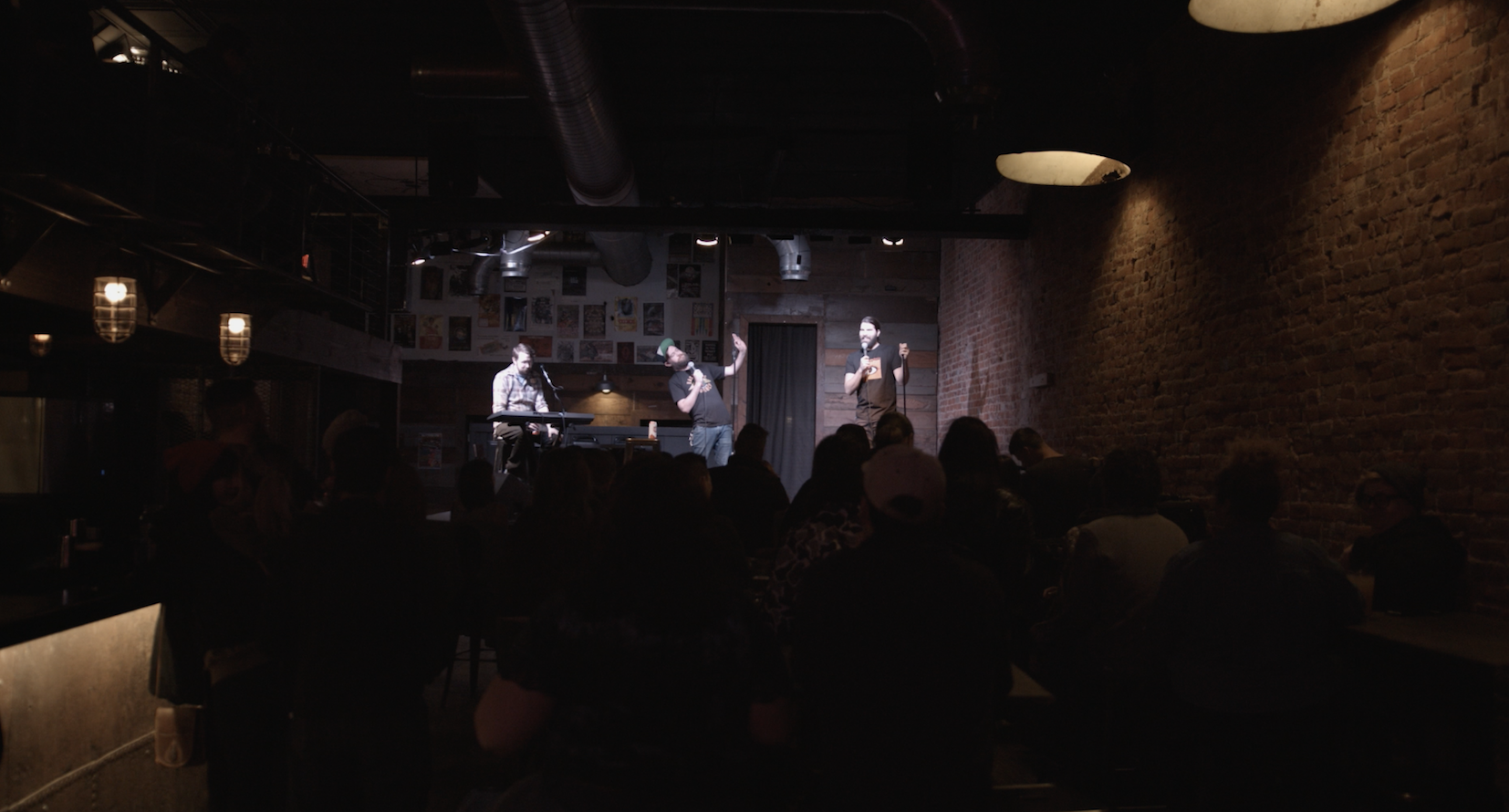 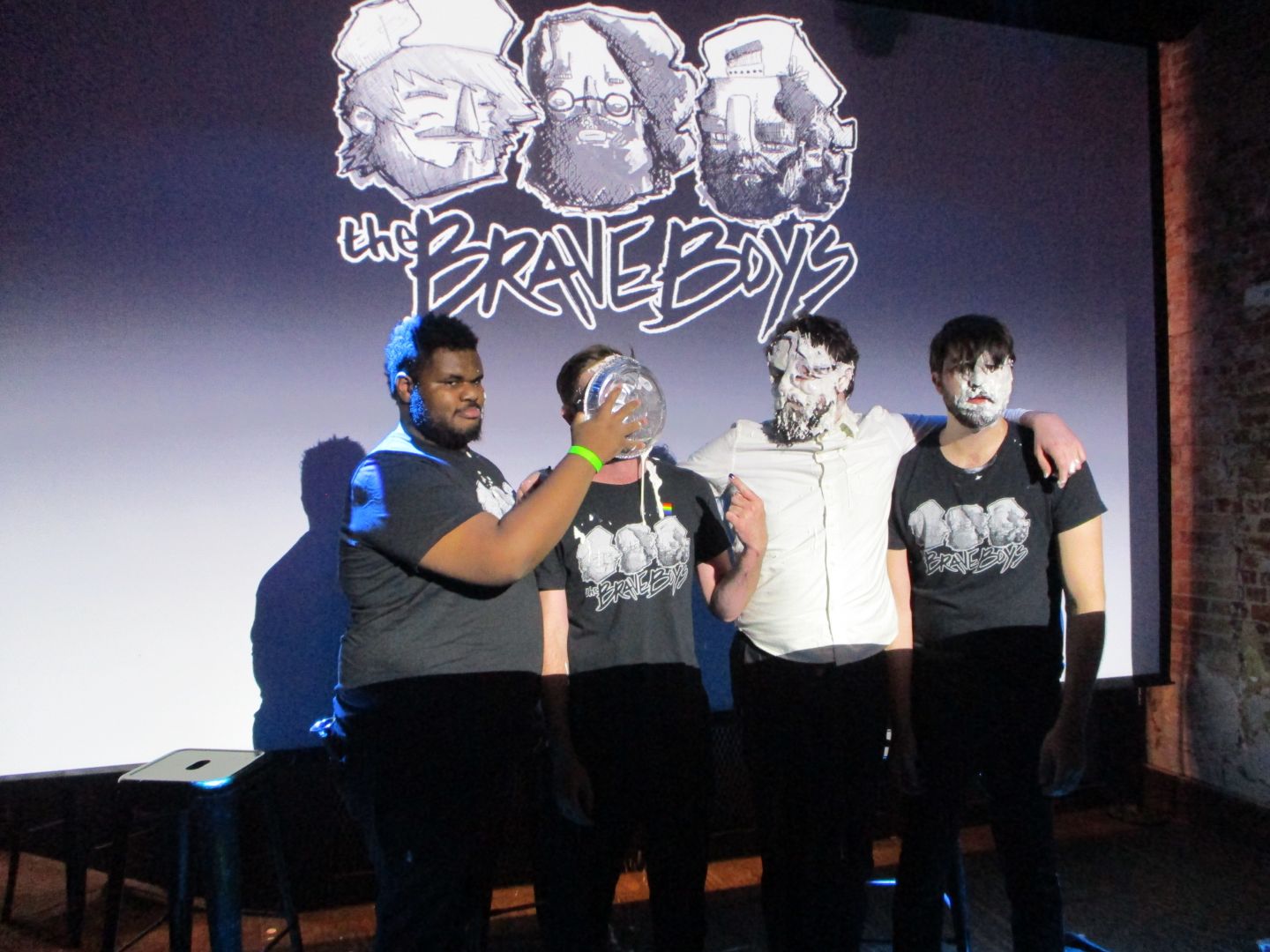 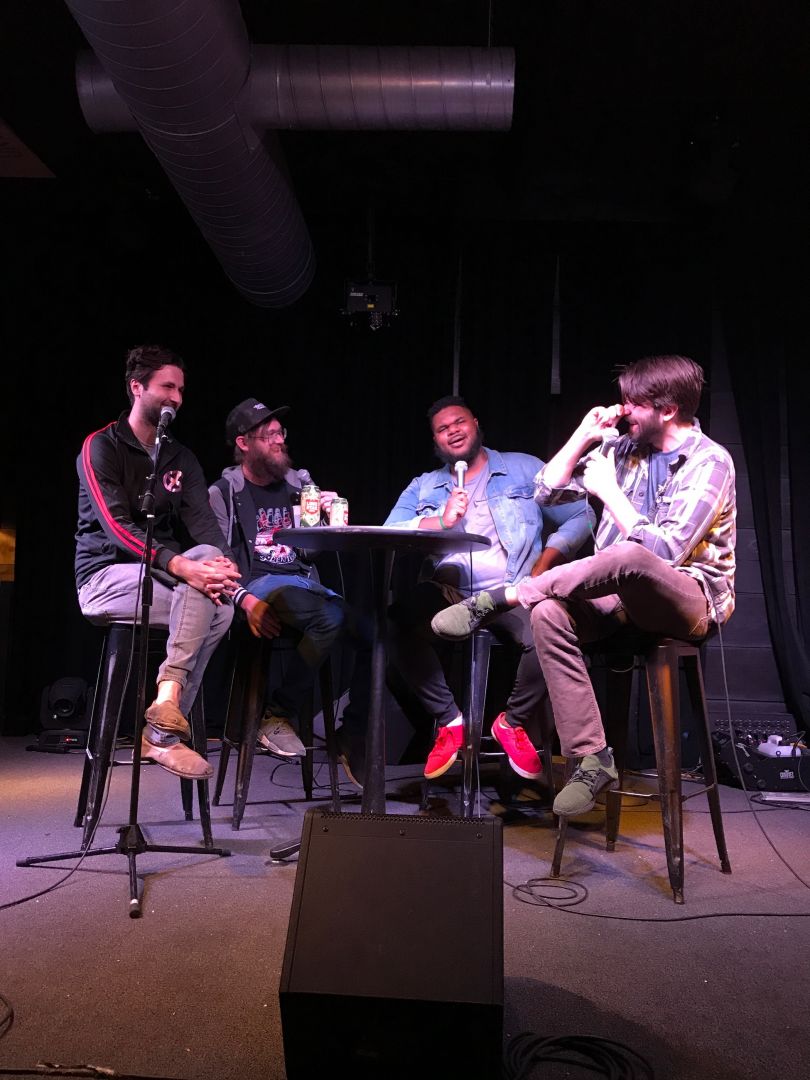 Alright, so let’s move onto what keeps you busy professionally?
I do comedy from time to time. That’s probably the best way to put it for any comic that is reading this like “Who the hell is this? I’ve never seen him.” I got into booking comedy shows at a house venue we set up at my … house. Eloquent. We’d have two or three bands and close the night with comedy. People liked it, I liked doing it, I liked promoting it. I definitely liked it more than my job at the time. So I started reaching out to venues and naturally got my first booking at a convenience store. This OBVIOUSLY propelled my ‘career’ and I started booking at local bars. That turned into the weekly show “The Brave Boys Podcast Live! – yada yada – we started producing a weekly D&D Twitch stream called Tough Crit – yada – Voyage interview. You get it. “Was it easy?” It would be interesting if I said ‘no’. But, honestly … it was pretty easy. North Texas has some of the best amateur comedians you’ll ever see and all I had to do was put my nose down, design some spiffy posters, and promote. They did the rest- DO the rest. There were bumps in the road, but who am I to complain or prattle on about that? I get to hang out with comics and watch audiences laugh. Lessons? I learned little things from audiences and people that I would talk to after the show. I learned to not tell them I had anything to do with the show until after they gave me their honest opinion. I tried asking comics what THEY liked about the show. Not just about their sets, but how they like the seating, the lighting, the audio\, the green room. All that stuff. I want them to be comfortable because I’m not responsible for how the bars are laid out for the most part. Payment became a thing. I/we don’t pay ourselves. We always pay performers the entire budget. ALWAYS PAY PERFORMERS. *cough* They’re taking time out of their lives to do this. It might seem shallow, but money, at this point in the lives of the comedians we work with, is a sign of respect for their work. A way to say “I worked to get this budget because you deserve it.” The Brave Boys Podcast Live! was meant to feature one stand up comedian’s set and show how comics talk before and after performances when the audience isn’t around. It’s turned into, at least for us, a way to put these amazing comics on a weekly show and in a time capsule. 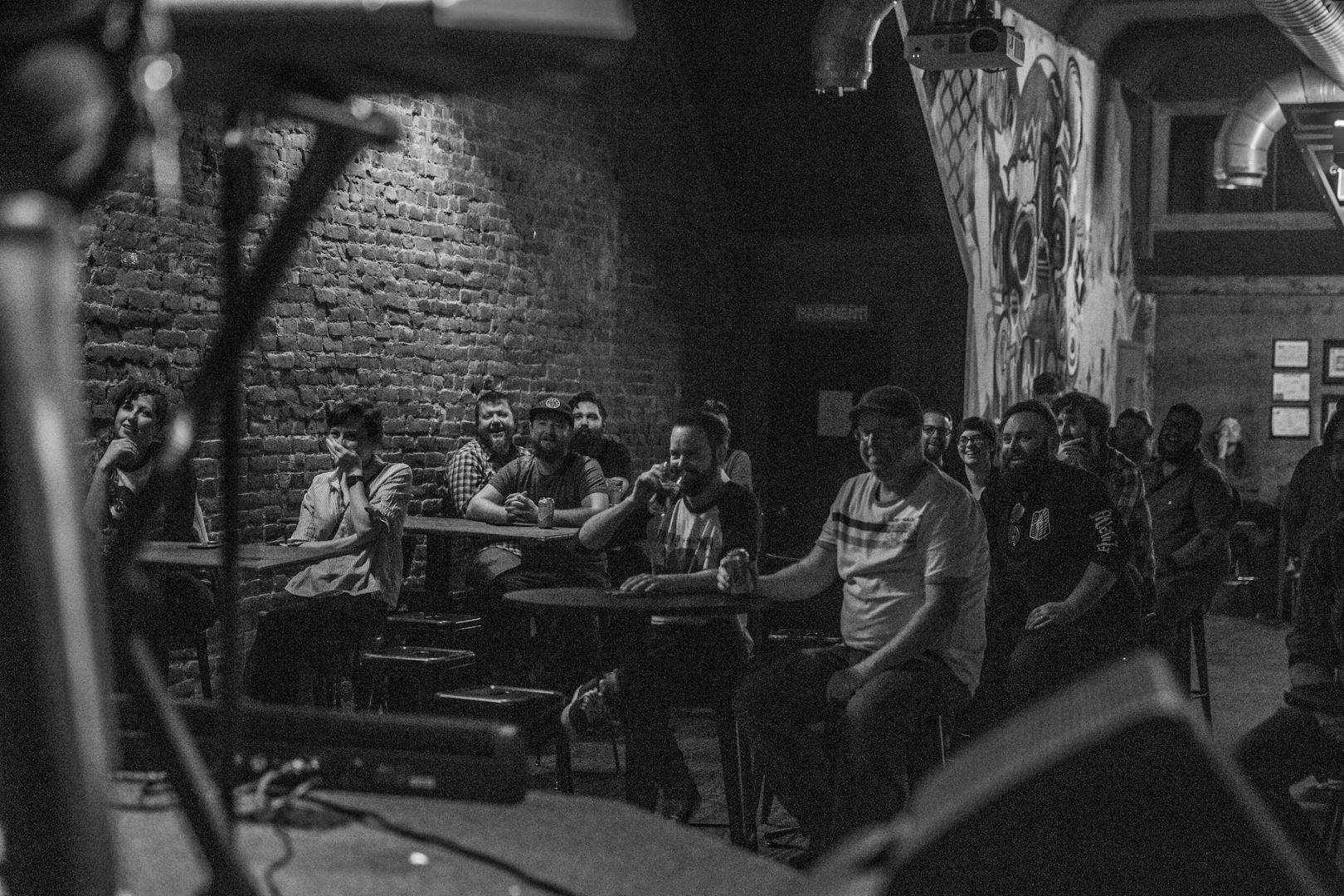 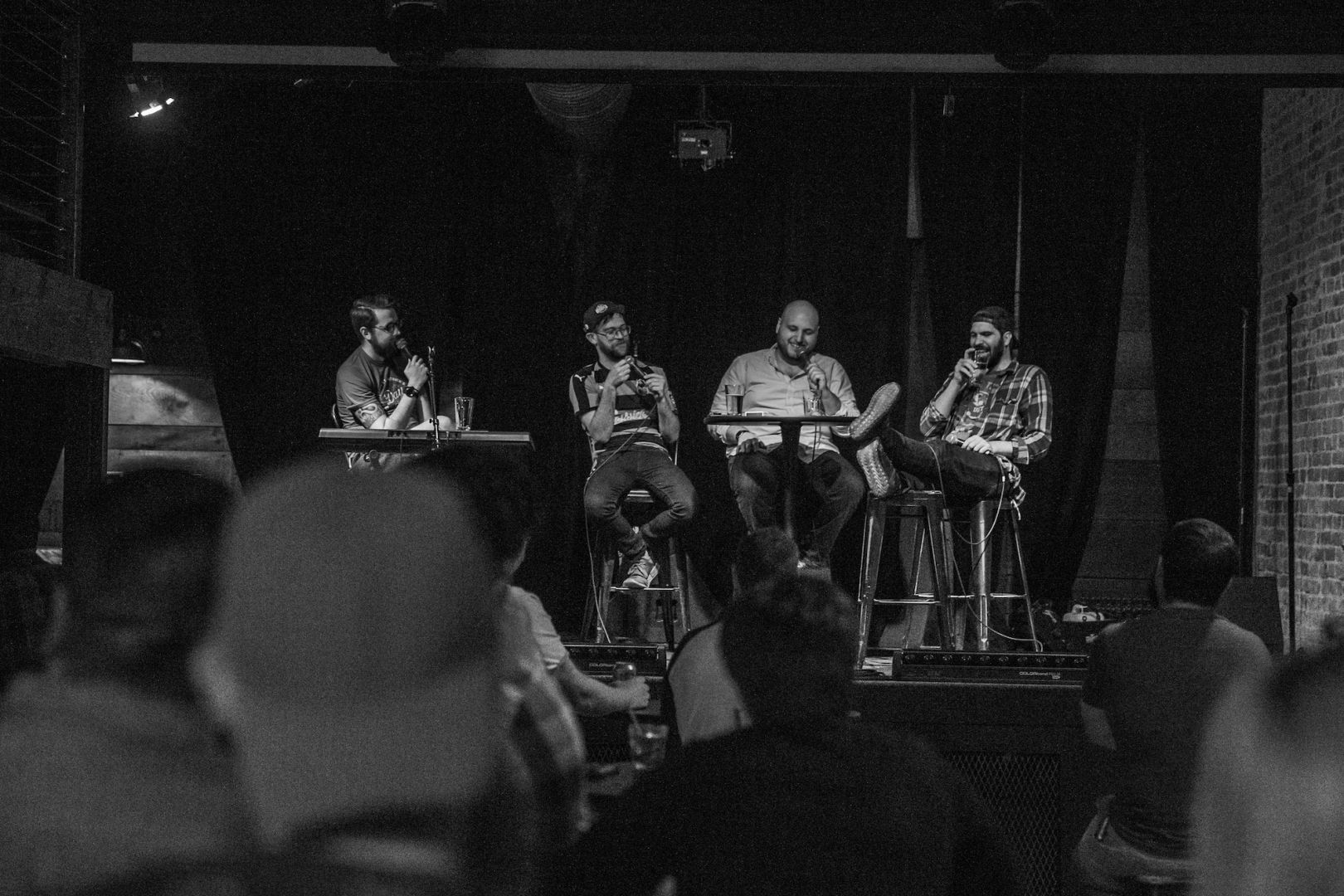 If you had a friend visiting you, what are some of the local spots you’d want to take them around to?
A little hard to answer now. Yeesh. Denton has bars. You are who you are by who you hang out with and at what bar. Denton has music. Used to have more. It’s something. I usually take people on a tour of the food in town before I drag them to my shows. This is one of those situations where I could forget to list something or accidentally bad-mouth some establishments … Moving on! 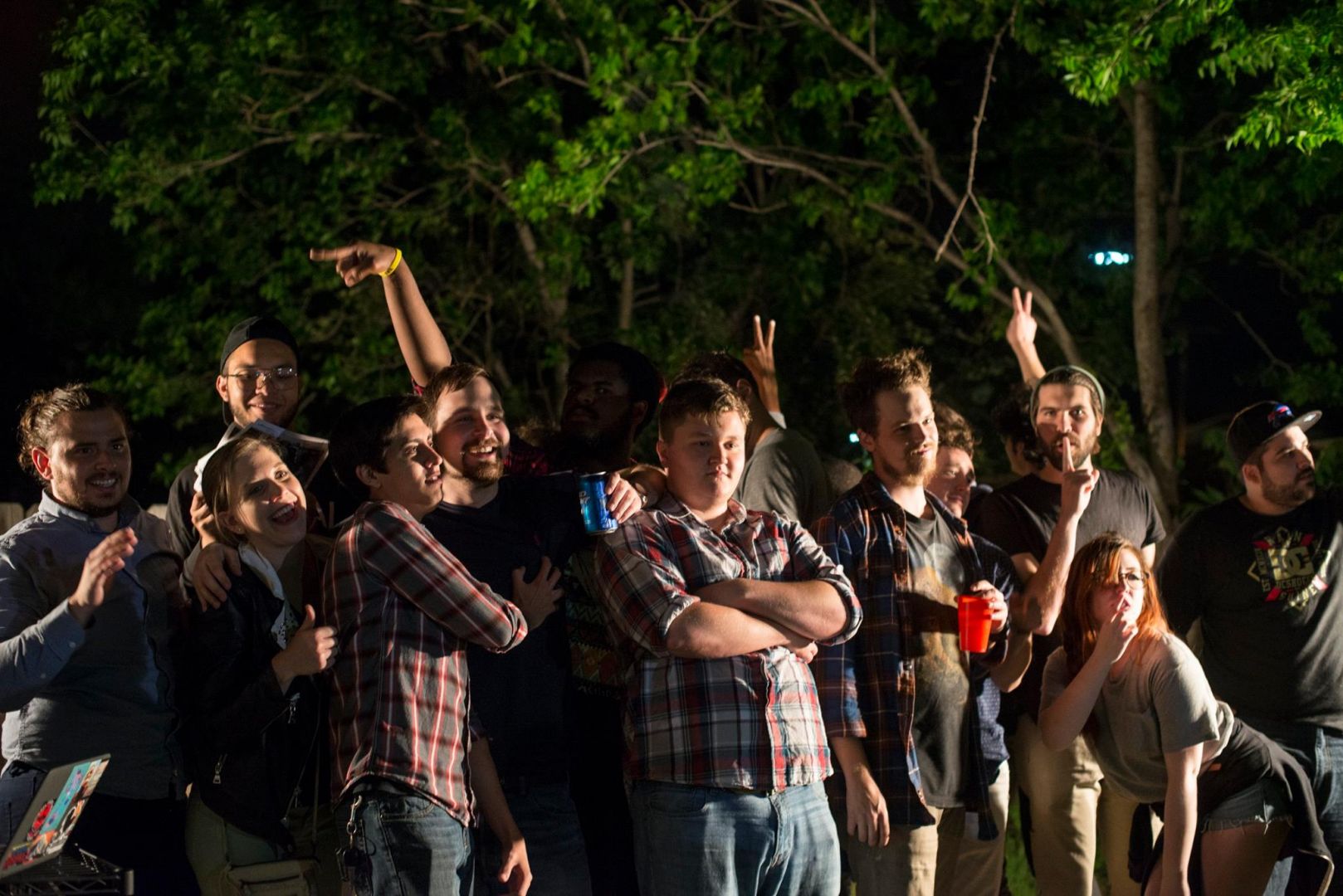 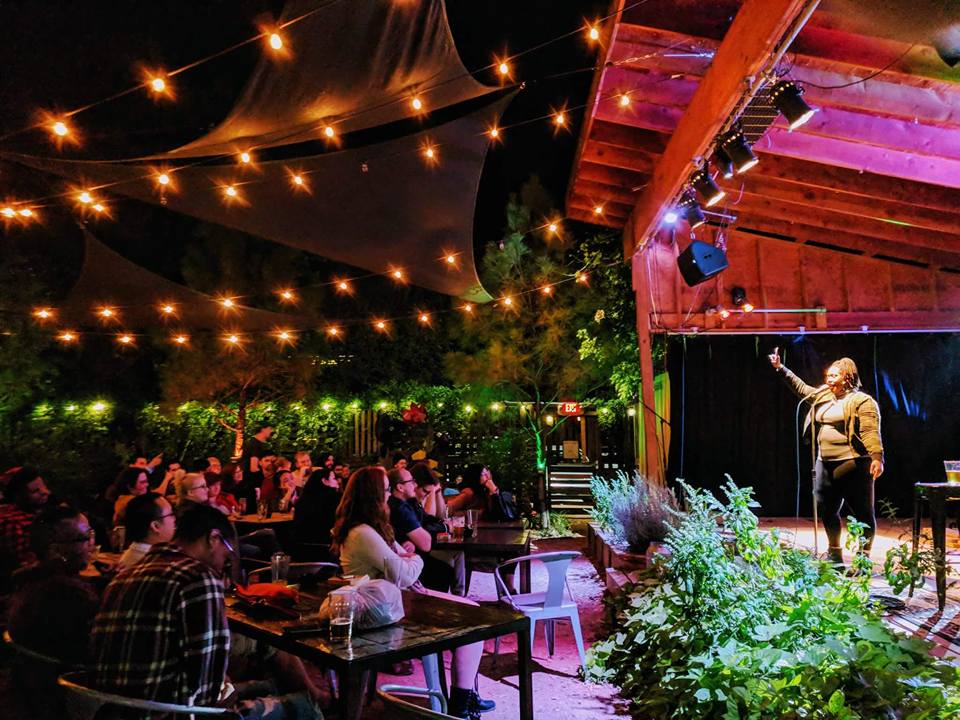 The Shoutout series is all about recognizing that our success and where we are in life is at least somewhat thanks to the efforts, support, mentorship, love and encouragement of others. So is there someone that you want to dedicate your shoutout to?
-Andy’s Bar in Denton has been a great venue for the weekly show and any other crazy ideas we want to put on stage -Eastside – Denton / Oak Street Drafthouse / John Williams has supported us since the beginning. Giving us every Tuesday off, sending people our way for major shows, and just being our second family. -Kitty Holt / Kitty’s Scratch Kitchen. Kitty always reminds me why I’m doing this when my brain gets clouded with the day-to-day -DJ sanfordblack. – My brother from another mother. The only person that can make me laugh when I’m being a grump, the only person that begs me to express myself when I’m low. -All of the comics we work with. Every. Single. One. Seriously too many to name and too many to forget to name and get bitched at for not mentioning them.