We had the good fortune of connecting with Jess DiPierro Obert and we’ve shared our conversation below.

Hi Jess, we’d love to hear about how you approach risk and risk-taking
Risk has always been my starting point. Growth in all aspects of life requires us to go through growing pains, sometimes it asks us to take a jump: you can’t know where you will land unless you try. I once had a vivid dream that I still think about often, where I was standing on a pier and looking down at a boat that housed all of what I wanted, it was a far jump to the water below and I was taking all this time trying to analyze the best way to get from here to there. And then I was pushed – a reminder to just do it anyway.

So my life is chronicled by the risks I decided to take: If I hadn’t walked a 500-mille trek across France and Spain fresh out of college, I wouldn’t have found myself taking an interview on the side of a dirt road, and working at the Pulitzer Center on Crisis Reporting in Washington, D.C. a few short months later; if I hadn’t moved to New York to freelance I wouldn’t have found myself moving to Haiti at 23 where I lived for more than five years. It feels like all these risks connected me to key moments in my life that have gotten me to where I am now. And where I’m at today is because I did some things without the promise of security, but because I believed it was better than staying put. It’s not always easy but I find my career, life and my overall happiness tied directly to risk. I think it’s what pushes us all forward. 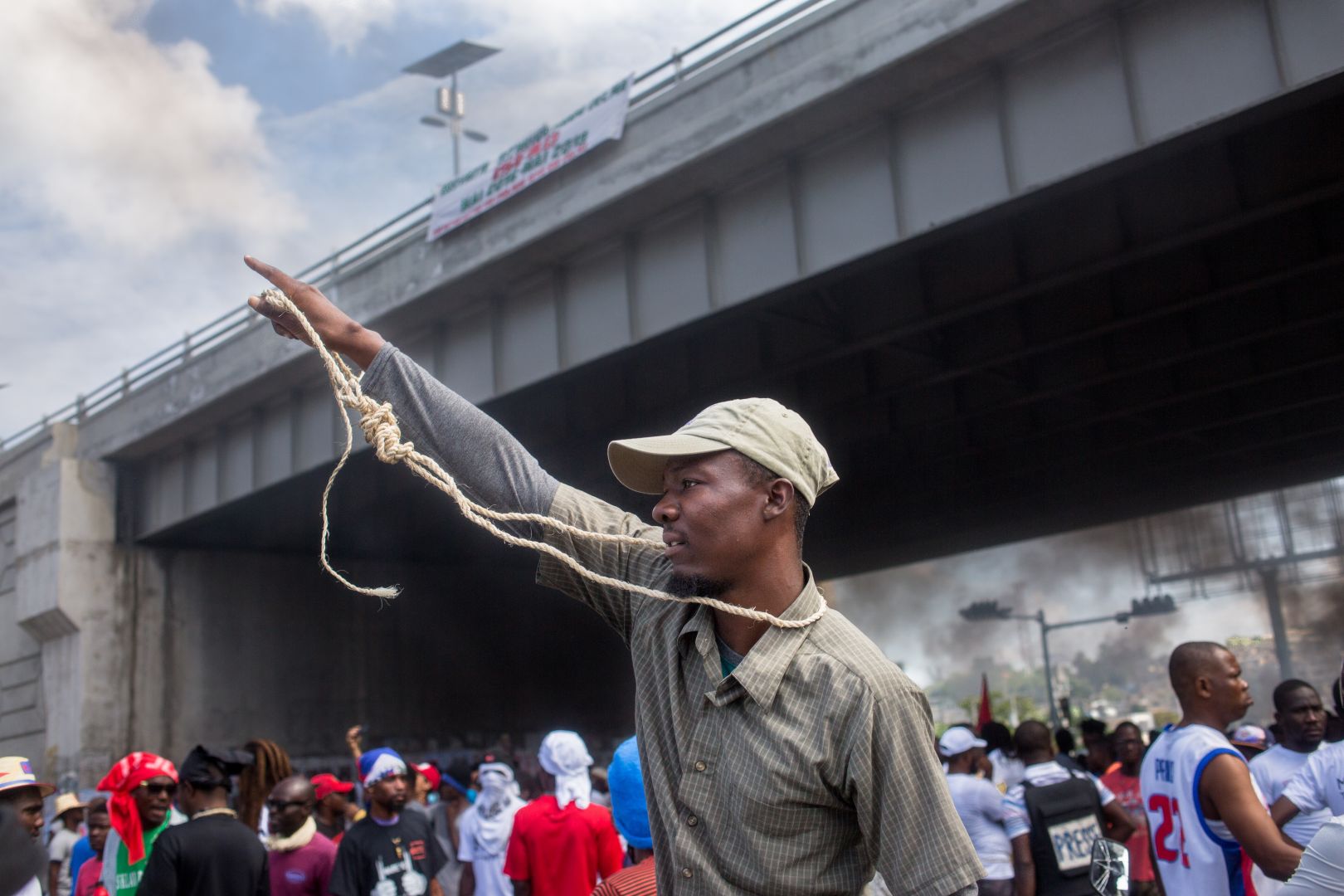 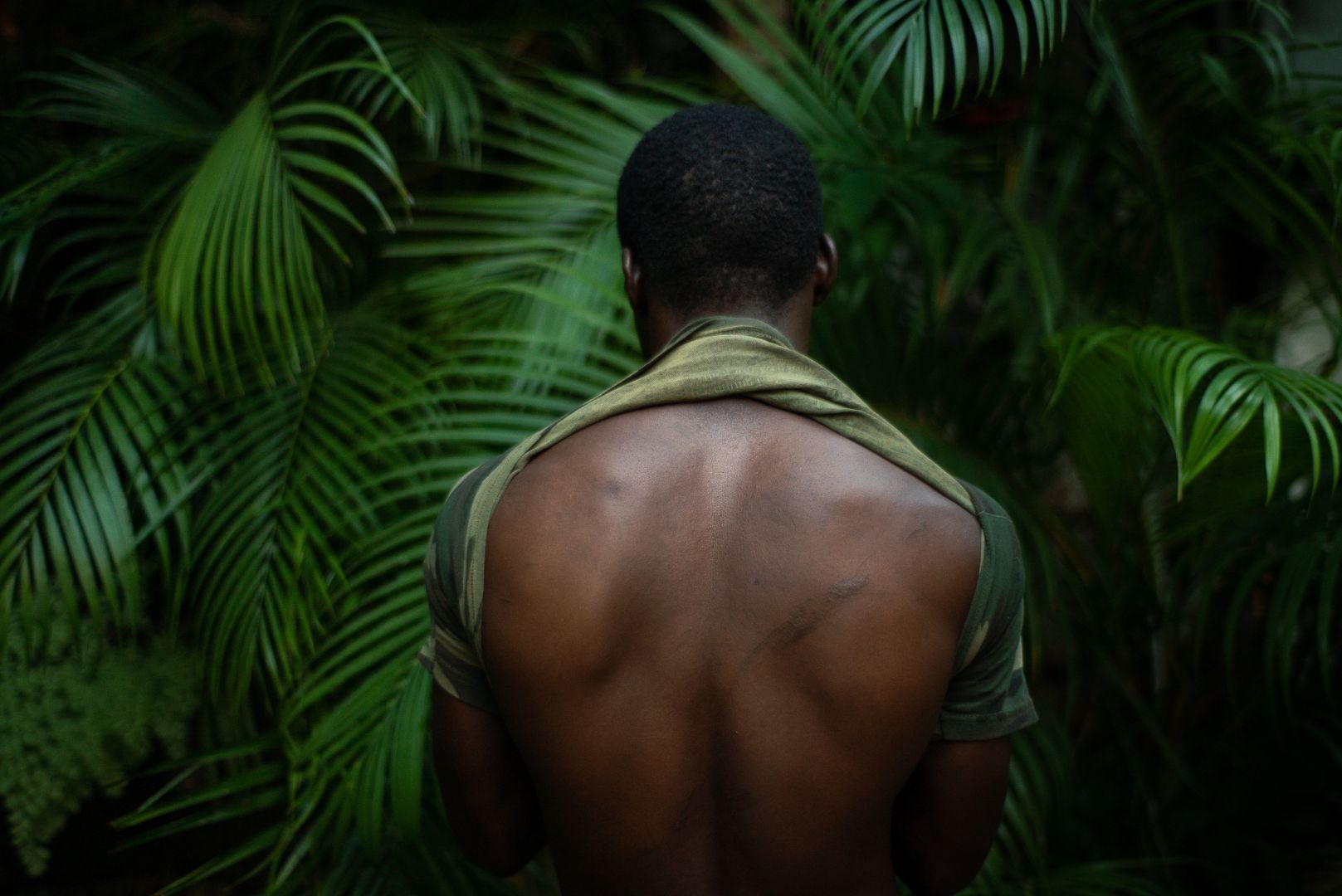 Can you open up a bit about your work and career? We’re big fans and we’d love for our community to learn more about your work.
I’m a freelance visual journalist and filmmaker but I started off identifying as a writer. Something I’ve always loved about film, for example, is how I felt like it would stay with me in a way that wanted to inspire action. And I’ve always been really into investigative work that gets to the root of an issue; it’s really easy to hyper-fixate on the symptoms. There’s also this beautiful ability to touch on individual complexity, and because it lowers the walls of the viewer, there’s a real possibility in shifting narratives.

I lived in Haiti for 5 years (2016-2021) but this past year was a busy one, especially with the onslaught of news in Haiti. Some of the projects I’ve been most grateful to work on include photo assignments for Buzzfeed News about the children abandoned by UN peacekeepers, and their fight for child support, and the dirty business of western missionaries and orphanages in Haiti. A months-long investigative documentary I worked on was just recently published for The New Humanitarian about child recruitment in gangs in Haiti, and I’m equally proud to have worked on an essay about a young Haitian man who was on the first deportation flight back to Haiti from the US-Mexico border in September during the migrant crisis for The Economist’s 1843 Magazine. I also directed and produced another documentary called ‘Louvri Pou Mwen” that follows two young women peace builders living in conflict zones in Port-au-Prince, Haiti, their lived-traumas and their healing. It’s set to release later this year!

My career path has definitely not been an easy one. For the first two years of my time in Haiti I lived in the Central Plateau where I spent my days hiking to 40 isolated mountainous communities, taught myself Haitian Creole, focused on those stories. Sometimes it felt like I had disappeared into this microcosm of a world, but that incubation period served my later growth. A lot of my patience and ability to adapt can be attributed to that time. But there’s a lot of gatekeeping in the industry that I’ve had my moments with, have grown weary of, but I believe in persistence and embodiment as the ultimate antidote. I’ve never liked others defining for me what’s possible, so I’m trying to get as clear as I can with myself (this is an ongoing process) about the stories I want to tell and why. I also really believe in humility, and am still learning how to be better at not feeling like I have to seem like I know everything to be taken seriously as a professional. I started my career as a freelancer which means I’ve had to teach myself a lot, and ask friends and mentors. Which is okay! It’s not humanly possible to know all things! A lot of really great work out there in the world is because of the team behind it.

My work mostly centers around women and youth, and there’s a bit of an underdog, rebellious angle to it. I like to focus on abortion rights, human rights, immigration, identity, mental health and trauma. I’ve also led a series of workshops for Girls Voices, a nonprofit organization that empowers young girls globally to develop their media storytelling skills. I think because I’ve often felt like I had to create the spaces to which I belong or am seen, a lot of my work follows in tow with that in mind. 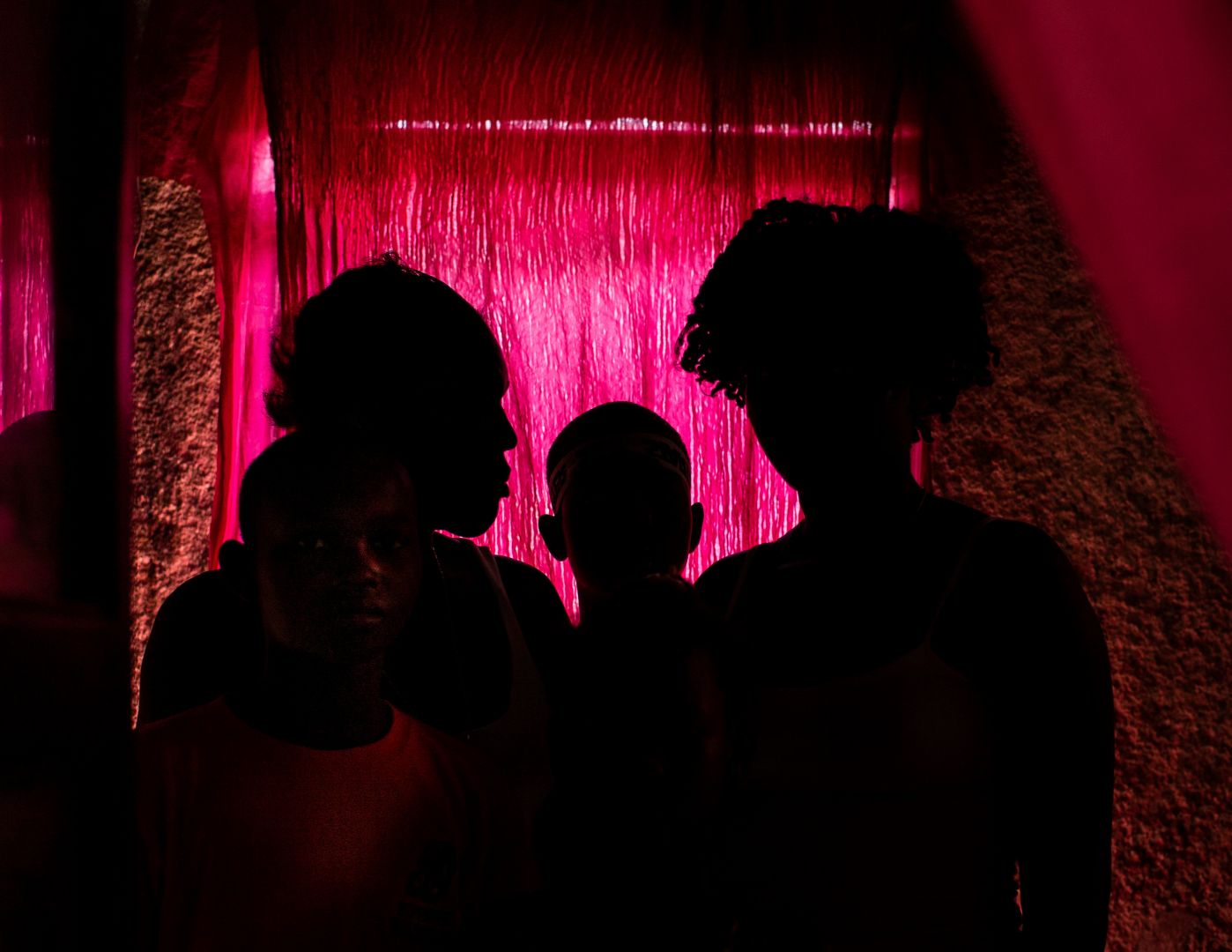 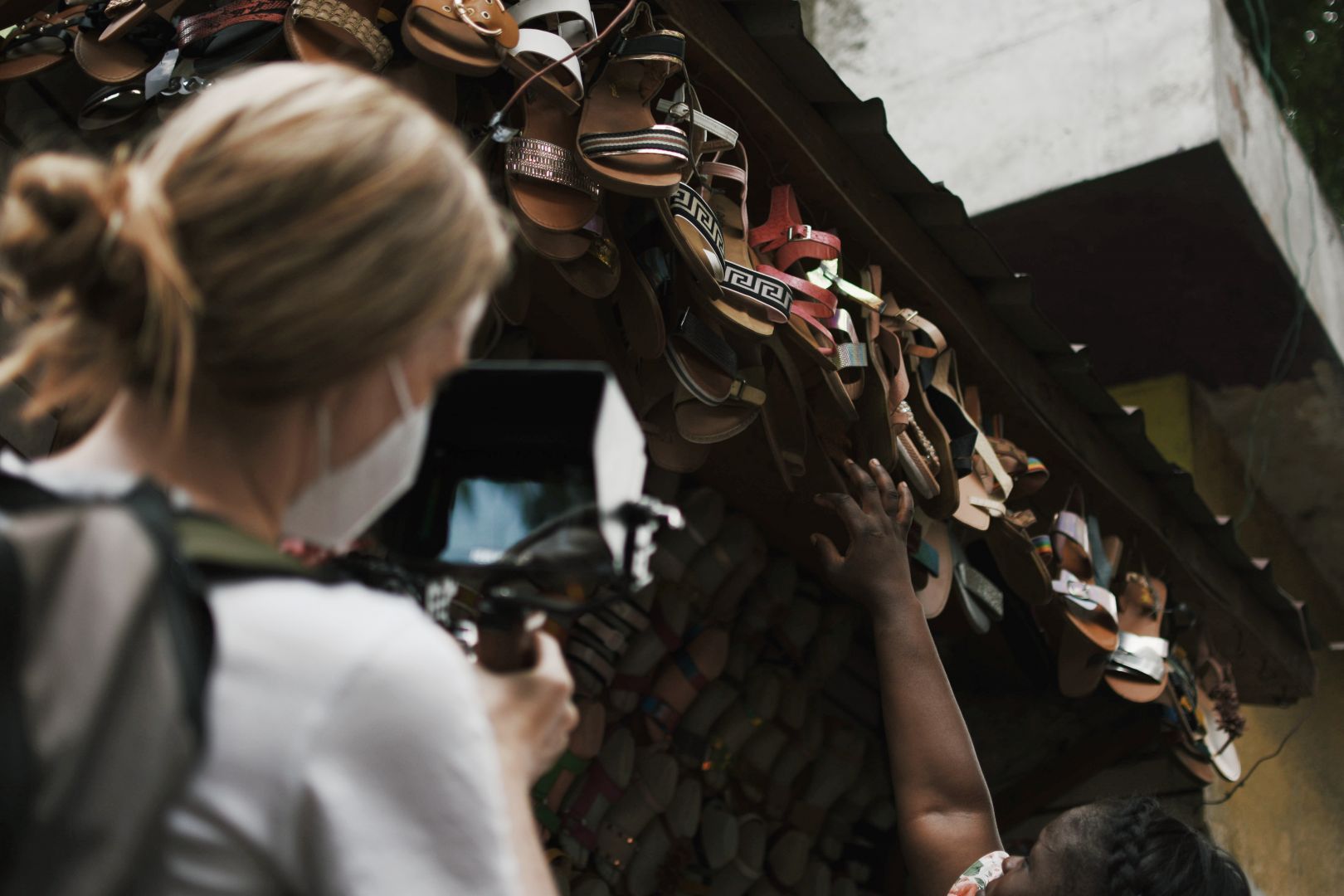 Any places to eat or things to do that you can share with our readers? If they have a friend visiting town, what are some spots they could take them to?
Since recently moving to New York from living full-time in Port-au-Prince, Haiti, whenever I’m in the city long enough I become a bit of a homebody. But I’m relearning to move about with more ease and meet up with friends, I frequent some places like Wanpaku and Goldies. In Haiti, I used to work often from Hotel Montana where you can see the city, enjoy a prestige. When it was safe to do so and the road wasn’t blocked by armed groups, I used to be able to take quick day trips to Taino Beach with a motorcycle taxi driver friend of mind, which I miss a lot.

When I lived in Haiti, I’d like to hang out and work from Hotel Montana, enjoy a rhum sour with a wide view of the city. When it was safe to do so and the road wasn’t blocked by armed groups, I used to be able to take quick day trips to Taino Beach with a motorcycle taxi driver friend of mine, which I miss a lot. 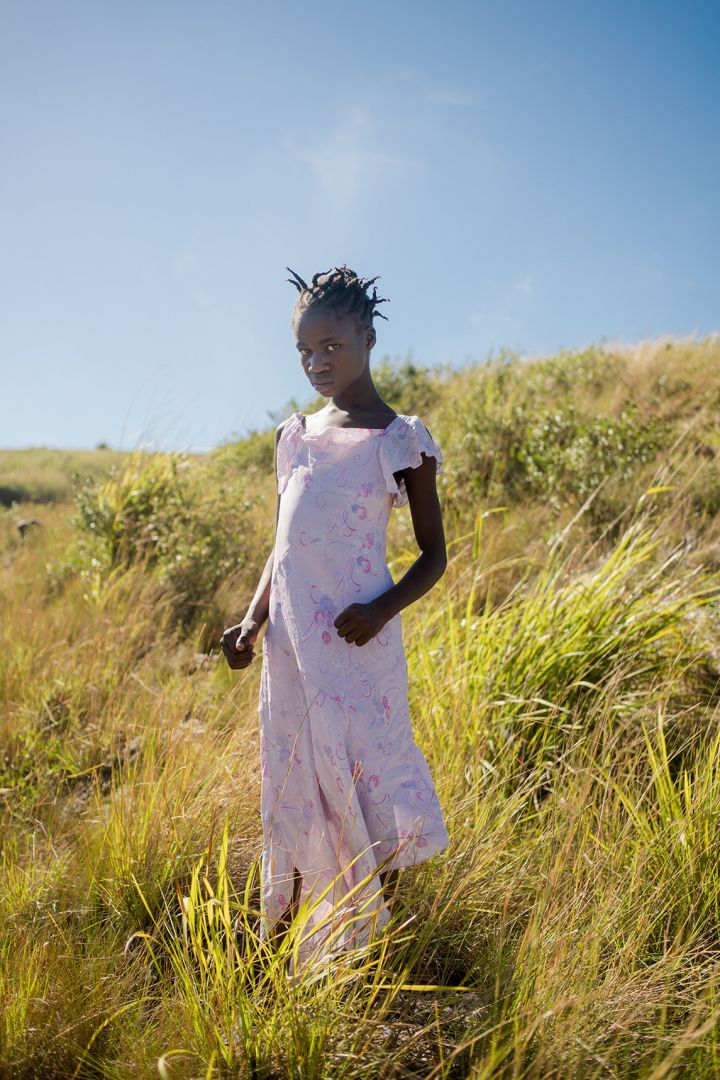 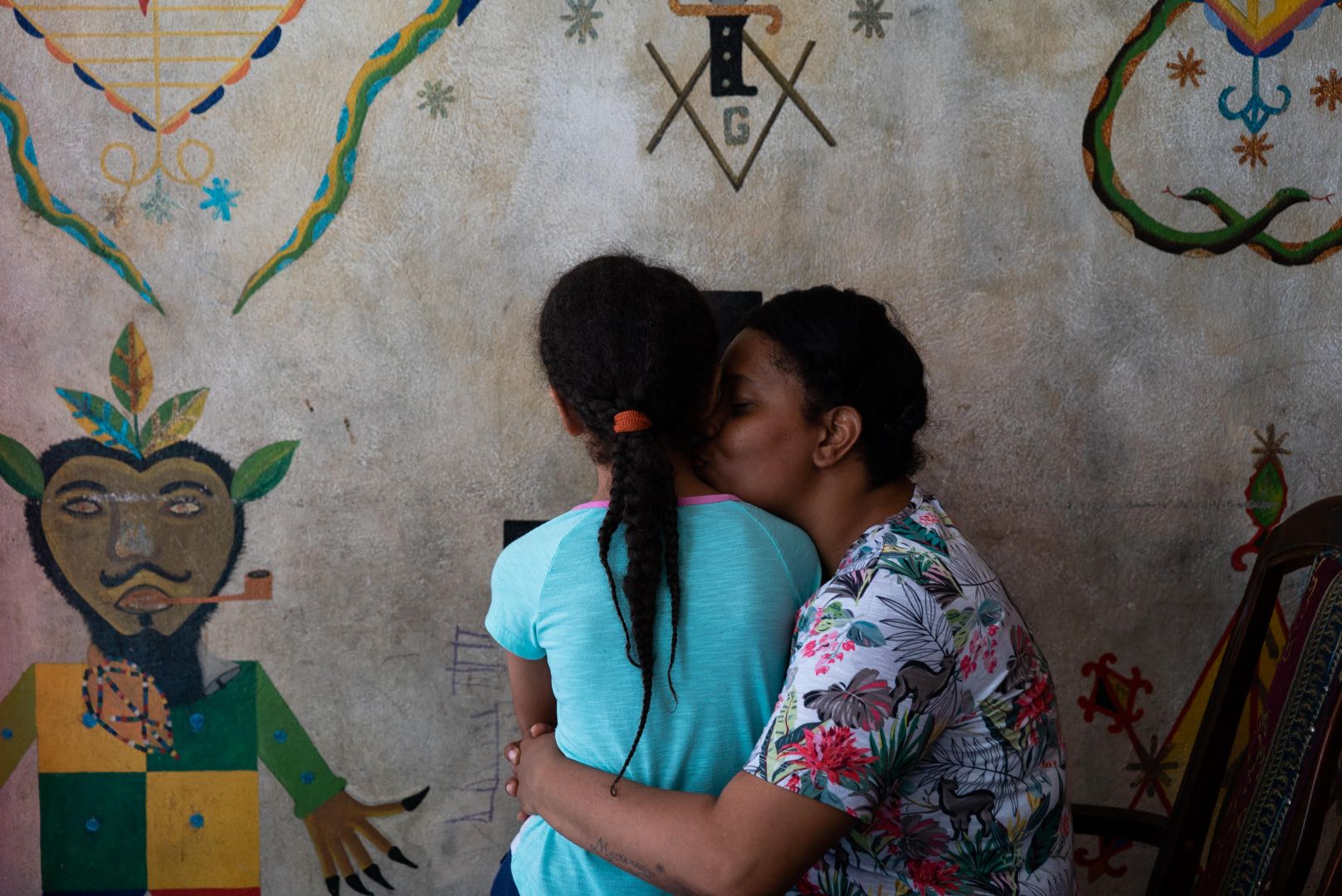 The Shoutout series is all about recognizing that our success and where we are in life is at least somewhat thanks to the efforts, support, mentorship, love and encouragement of others. So is there someone that you want to dedicate your shoutout to?
I grew up with a mother who never saw limits to doing things a little differently. I didn’t graduate with a job lined up, most of my life has been freelancing, living in different countries, and I think a lot of that courage is thanks to a family who celebrated a road less traveled. Recently I’ve found a few great mentors which include inspiring friends in the photojournalism and documentary film world, and organizations like Visura and Still I Rise Films, that have all believed in me, supported me and took risks on me. 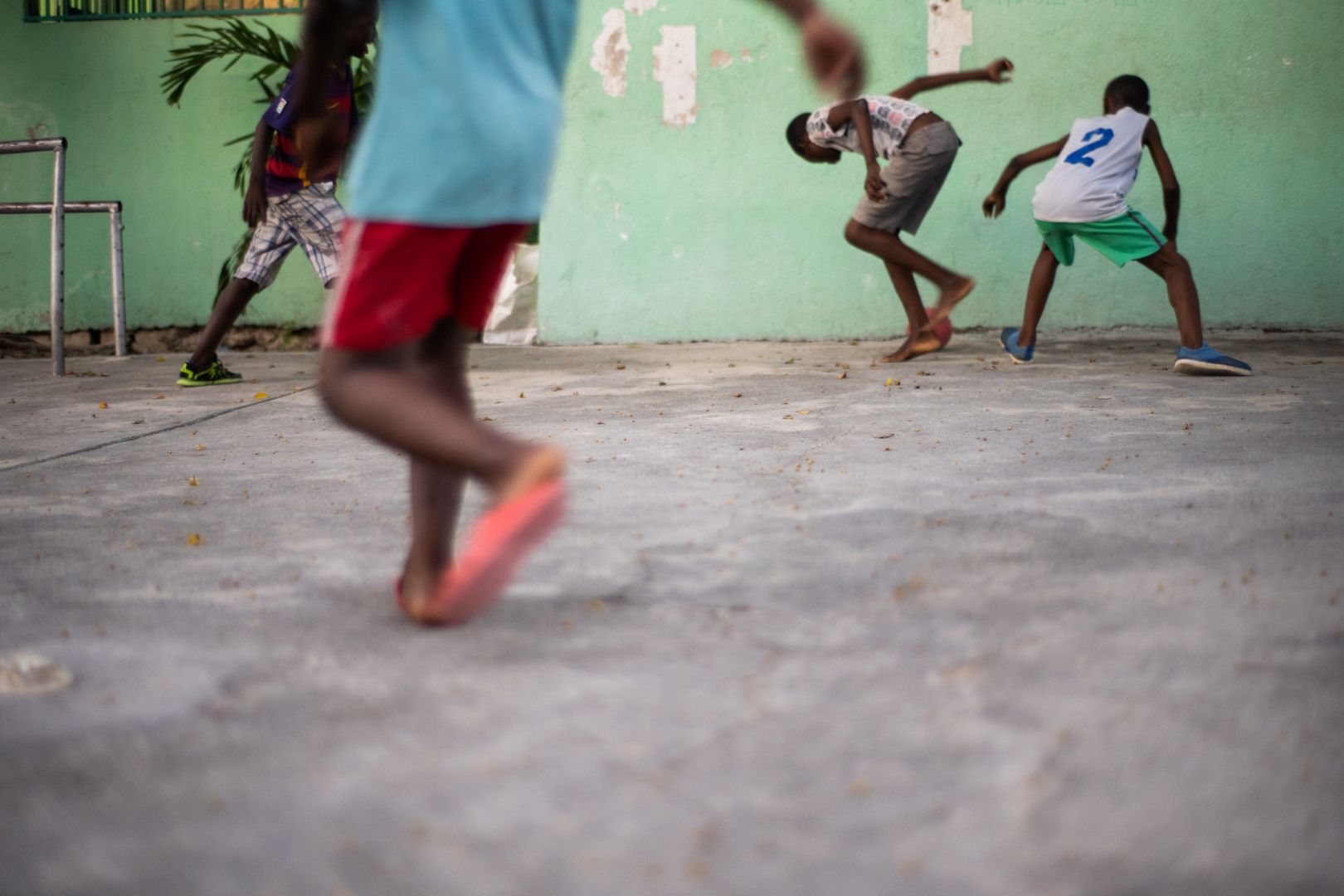 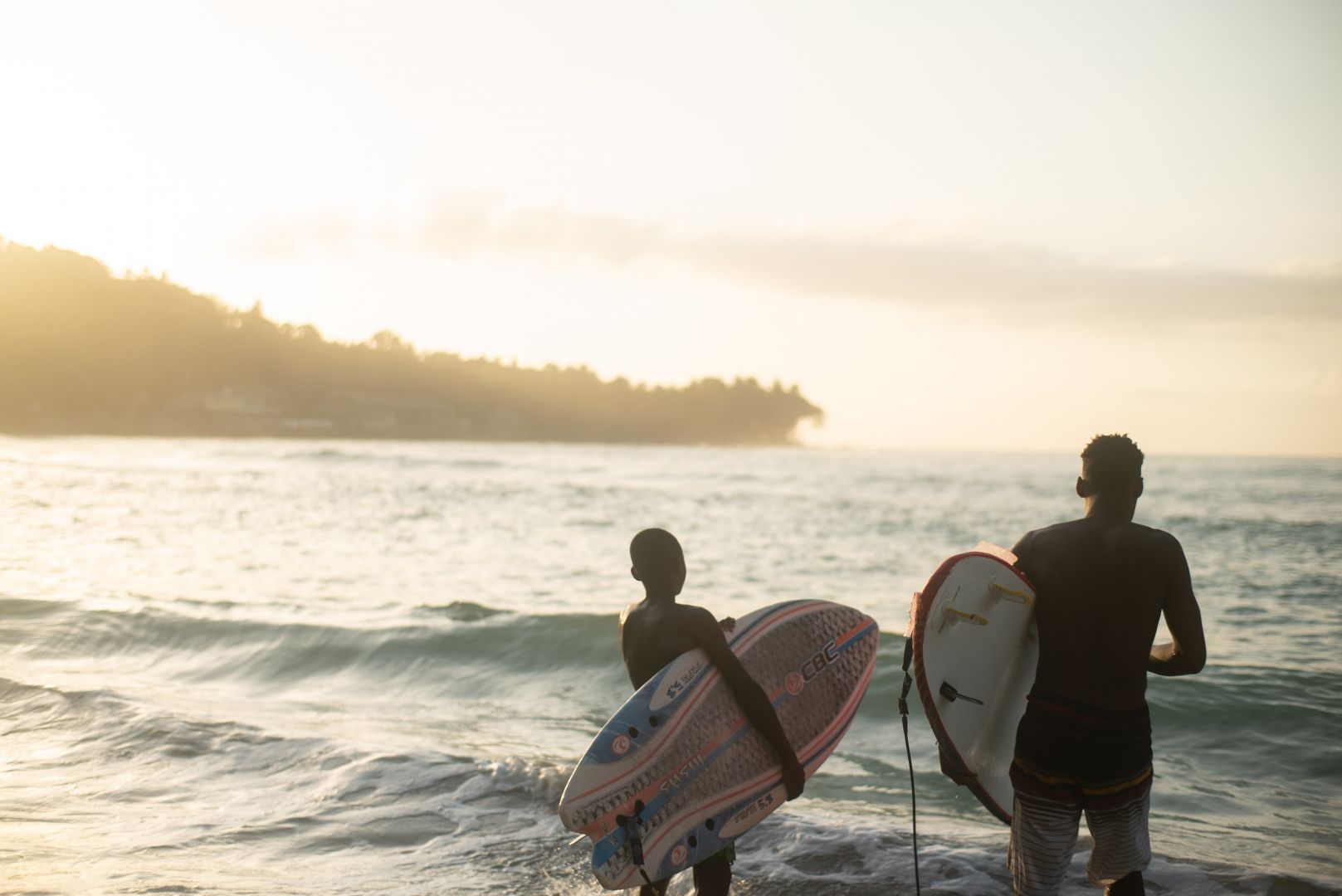