We had the good fortune of connecting with April Hartman and we’ve shared our conversation below.

Hi April, can you walk us through the thought-process of starting your business?
I didn’t really think about it at all. I just knew I wanted to act. That was my dream…my goal. I jumped. It wasn’t until years later that I even started looking at it as a business. I think that’s pretty normal. All artists just want to do what they love. The business stuff comes later I think. At least, that’s how is happened for me. Now I love both the “artist” part of the job and the “business” side. I look back and think it happened just the way it was supposed to. I don’t think if I would have planned it out I would have ever taken that jump.

Let’s talk shop? Tell us more about your career, what can you share with our community?
Acting is hard. Period. If anyone ever says any different than they truly haven’t taken the complete dive. It’s often unrewarding and no one cares about what you’ve done or how many independent projects you’ve worked on. It’s the harsh truth. No one really cares until you’ve “made it”. Meaning, until they can recognize you from a series or big film. They don’t understand you’ve been hitting it hard for 10 sometimes 20 years before that big gig comes. It’s brutal at times and the amount of no’s that you hear makes you want to throw in the towel everyday. It’s a daily practice to get up and tell yourself you can do it…just keep pushing. The highs are so damn high and the lows feel like you’re drowning. It’s truly one of the hardest things I’ve ever done in my life. I think the thing I’m most proud of is my work ethic. I work hard and I don’t make excuses. I’m always working. If I’m not on set, I’m studying lines. If I don’t have any lines to study, I’m training in class. I don’t rely on my agents to get me work. I look for work on my own every single day. I probably spend three to four hours a day looking for castings or working on my craft in one way or another. I honestly would spend even more time if I didn’t have to work other jobs. That’s the hard part…finding the balance. All actors “want it so bad” and the competition is fierce. If you’re not working at it every day then you’re getting left behind. The best lesson I think I’ve learned over the years is just keep going. No matter how many rejections, no matter how hard, no matter if you’re tired or broke or just defeated. Keep going! Quitting isn’t an option. I think the main thing I want the world to know is I give it everything I got. Every time. I want people to hear my name and say “Oh, April…yay, she works her ass off and she delivers”. That’s what I want. If I book a job I put everything into it. I want the production to be proud that they cast me. I NEVER want them to feel like they hired the wrong person or someone else could’ve done better. Ultimately to get to the point where people cast me because they saw my work on another project would be the coolest! Now, I’m human so I have my bad days. I don’t want it to sound like I’m perfect..I’m not. But I will try my very best to give everything I have and make something everyone can be proud of. 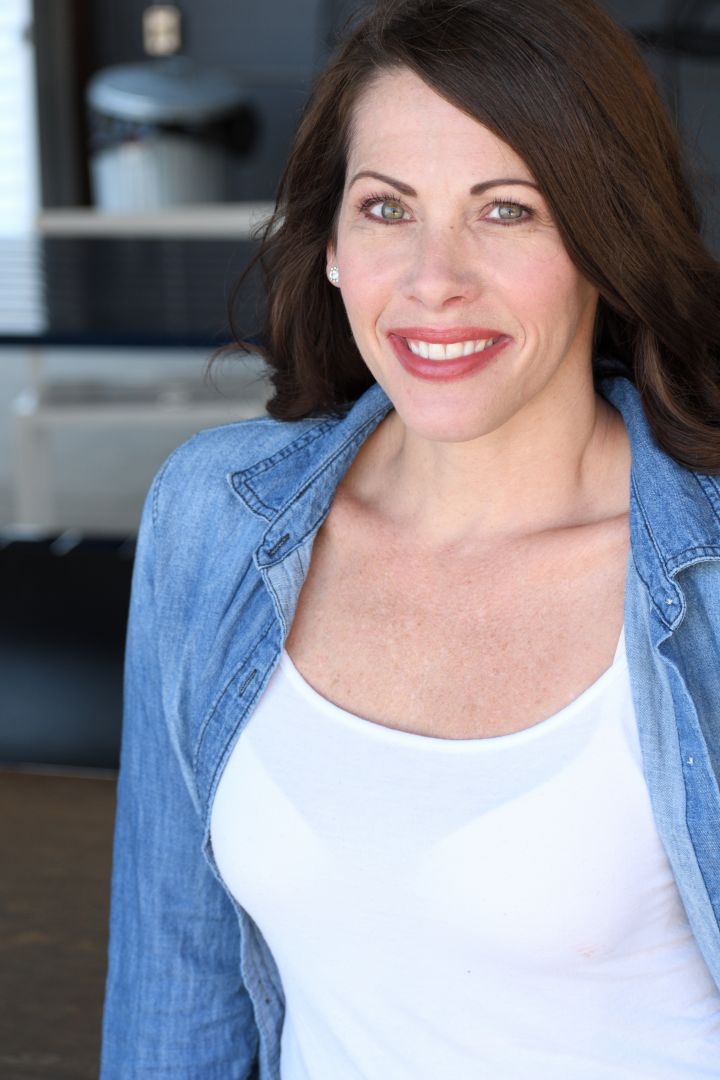 Any places to eat or things to do that you can share with our readers? If they have a friend visiting town, what are some spots they could take them to?
Well, this is a hard one. I’m a bit of a hermit crab these days. LOL Honestly, I love to find a good brewery and just hang out and play some games. People don’t talk enough these day. It pains me to walk into a restaurant or sports bar and see everyone at the table on their phones. WHAT ARE YOU DOING?!?! You have some pretty awesome company right in front of you. There’s so many interesting places in DFW. I’d probably go to the Peticolas Brewery or Audacity in Denton is great too. Then maybe over to rodeo goat for some awesome burgers (they have great veggie burger options too). The truck yard in Dallas is a great atmosphere with all different types of people. Before things shut down, we’d have Sunday funday and find place to watch some football and meet some people. I’m a HUGE cowboy fan (hush haters) so the best Sundays are at a sports bar or friends house just hanging and watching my boys! 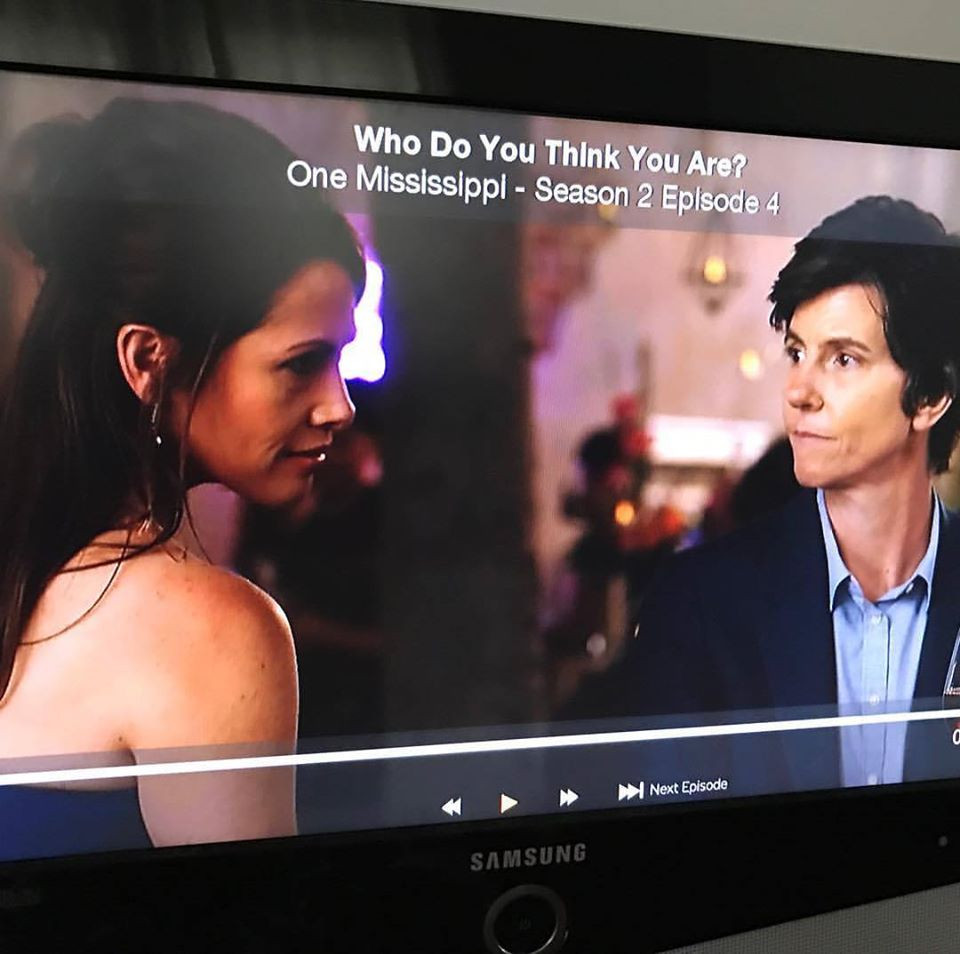 The Shoutout series is all about recognizing that our success and where we are in life is at least somewhat thanks to the efforts, support, mentorship, love and encouragement of others. So is there someone that you want to dedicate your shoutout to?
Wow…so many people! I’ve been so fortunate to have encountered some really special people along the way. First and foremost, my acting coach of 12 years, Theresa Bell. This woman is everything to me. She’s not just a coach but a true friend. She was on my side very early on and made it very clear that she wanted nothing more than to see me succeed. That meant the world to me and I’m very loyal to her because of it. I couldn’t have gotten far without the encouragement and love of some dear artist friends. Rachel Stacy is one of the first people to tell me to stop dipping my toe in the water and embrace being an actor. She pushed me to not only go for it but to start claiming who I really am…an actor. I owe so much to her. Sara Wright led me to my coach so I definitely have to give her a hug shoutout! She is the most independent, strong willed and authentic person I know. Arianne Martin has been my rock! She inspired me very early on. I looked at her career as something I wanted and took steps to attain that. I was elated that we became such great friends because she has not only mentored me but for years now has been my ride or die! There’s so many and I know I can’t list them all. But I definitely have to mention my ladies group that we started almost five years ago. We meet every week to inspire and lift each other up and keep each other in check. I love them with all my heart: Anne Beyer, Nikki Dixon, Sarah Adams, Cynthia Santiago, Giovanni Cruz, Nene Nwoko and Katie Mayer. And last but not least I have to shoutout to Mitch McLeod. I am forever grateful for him casting me as the lead in Silhouette. This role was a role of a lifetime. I knew we were making something special and it although it was the hardest role I’ve ever done, it was also the best. He pushed me beyond my limits and I think we got a pretty damn good film out of it.