We had the good fortune of connecting with Sheletta Brundidge and we’ve shared our conversation below.

Hi Sheletta, what was your thought process behind starting your own business?
Too often, the only appearance of a Black person on a newscast is in a mugshot from a police department. That’s part of the reason why the Los Angeles Times and The Kansas City Star both recently apologized to their Black readers, admitting their historically biased coverage of African-Americans.

So I was ripe to hear the words of Tyler Perry when I happened to be watching the 2019 BET Awards. In his acceptance speech, he said something so profound that it liberated me: “Instead of fighting for a seat at the table, build your own.” In that moment, I saw that my way forward was to become my own boss, not just for myself but for other talented African-Americans whose voices had been muffled or muzzled.

I founded SHElettaMakesMeLaugh as a podcasting platform for Black folks, a place to share our stories and talk about our concerns with listeners hungry to hear voices like their own. I connected with Black subject experts who had been shut out of traditional mainstream media and gave them a spotlight to share their knowledge as hosts. We launched eight different podcasts, with themes ranging from travel to mental health to autism awareness to corporate diversity, fashioning ourselves as a one-stop-shop for cultural relevance and creativity. 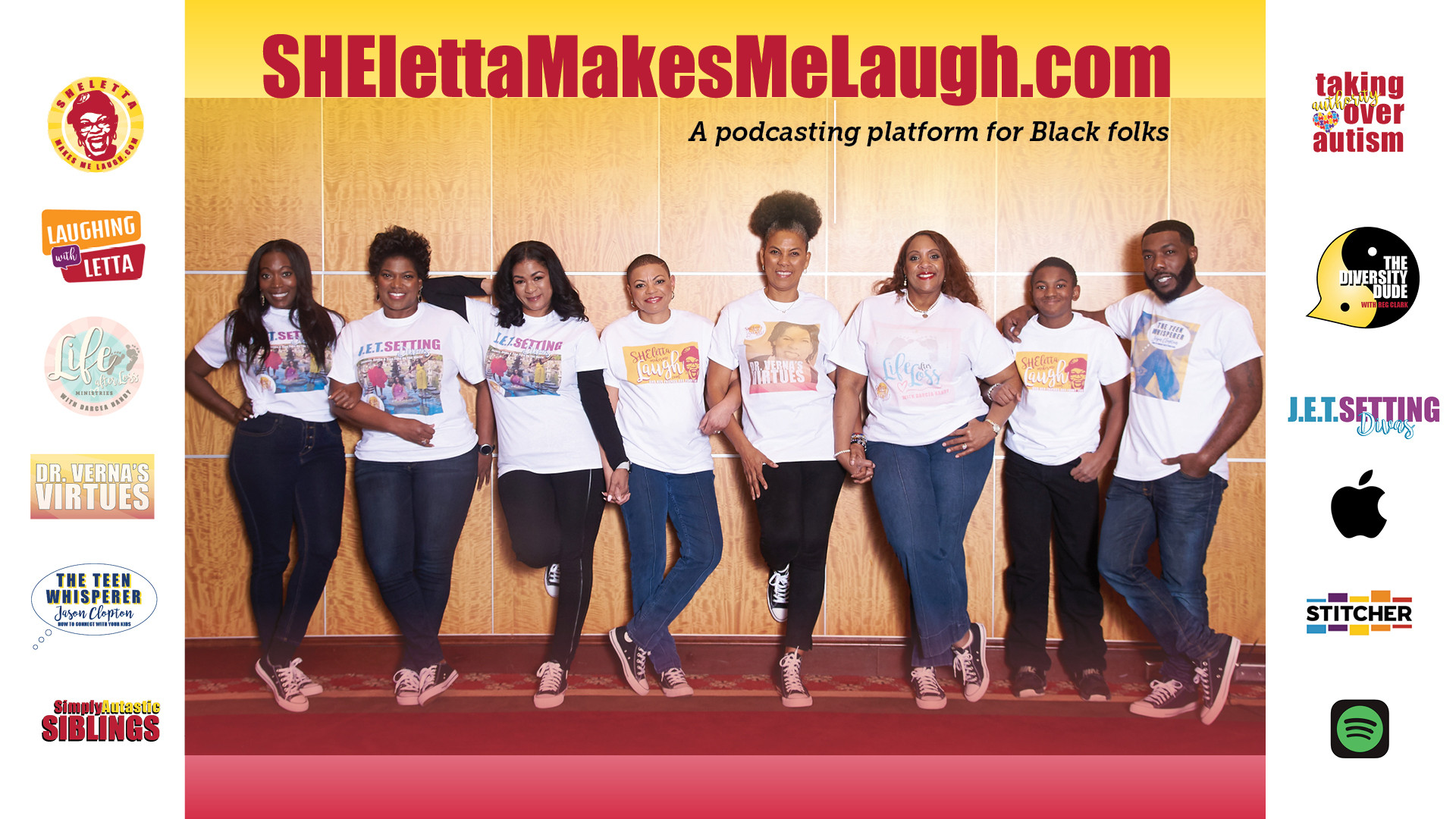 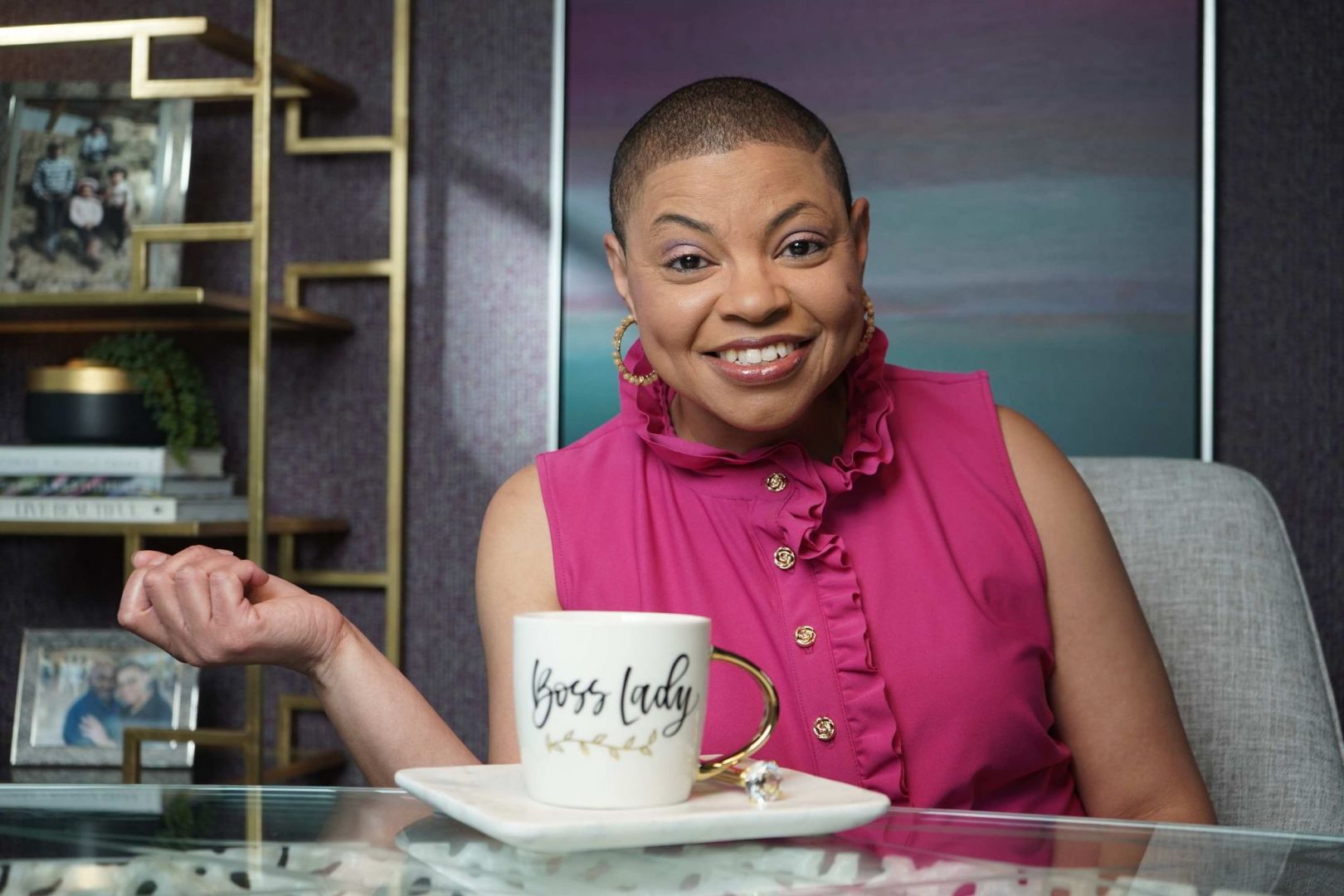 What should our readers know about your business?
The people who raised me encouraged me to find a job, work hard and take my pension at the end of my career. As the first person in my family to graduate from college, I had more opportunities than my parents and grandparents, but I inherited their caution.

But over the years, I’ve come to believe that true security comes not from playing it safe, but from taking chances. As an aspiring entrepreneur, I found guidance from a superstar of Black history: Madam C.J. Walker, the daughter of slaves born one year after the Emancipation Proclamation who went on to become the nation’s first female self-made millionaire, and who once said, “Don’t sit down and wait for opportunities to come. Get up and make them!”

I took her words to heart as I conceived SHElettaMakesMeLaugh.com, my multimedia podcasting platform. It launched February 1, 2020 in honor of Black History Month. Like many entrepreneurs, I started my business because my own circumstances allowed me to see a need that I was uniquely positioned to fill. I am amplifying Black voices, in part, because I was tired of having my own silenced. 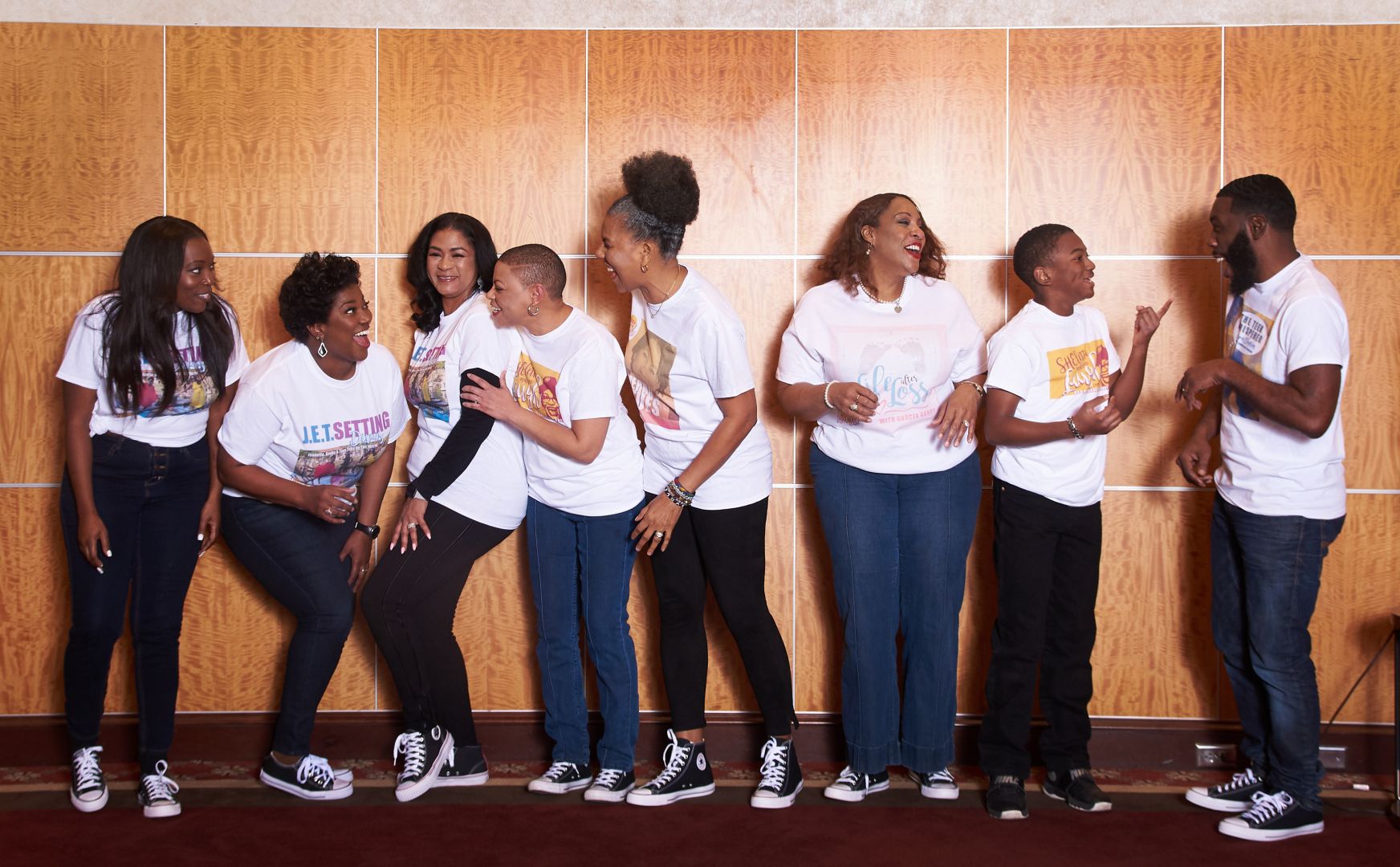 Any places to eat or things to do that you can share with our readers? If they have a friend visiting town, what are some spots they could take them to?
I’d check into the Canopy by Hilton Hotel in Uptown Dallas so I wouldn’t have to drive around and hop on the train. They’ve got the fitness center, pools, spacious lobby with the wrap around bar. there are at least a dozen stellar and inexpensive restaurants within walking distance of the Canopy by Hilton in uptown Dallas that will set your taste buds on fire. Mi Cocina has signature dishes like Red Chile Chicken Pozole, sizzling fajitas and the almost too pretty to eat Rico salad, you’ll want to eat until you pass out. When you’re done eating and enjoying your hotel room, get on the free McKinney Avenue Trolly and tour the city. It’ll take you to the Dallas Museum of Art, the Nasher Sculpture Garden, and the Dallas World Aquarium.

Klyde Warren Park is within a stone’s throw of the hotel and boasts live music most evenings. The free concerts feature both local and national bands from a variety of music genres. Get your groove on and dance until the break of dawn with your babies until your feet hurt.

Then they can go back to the hotel room too pooped to pop. That’s when you sneak up to that rooftop bar and have yourself something brown and tasty. 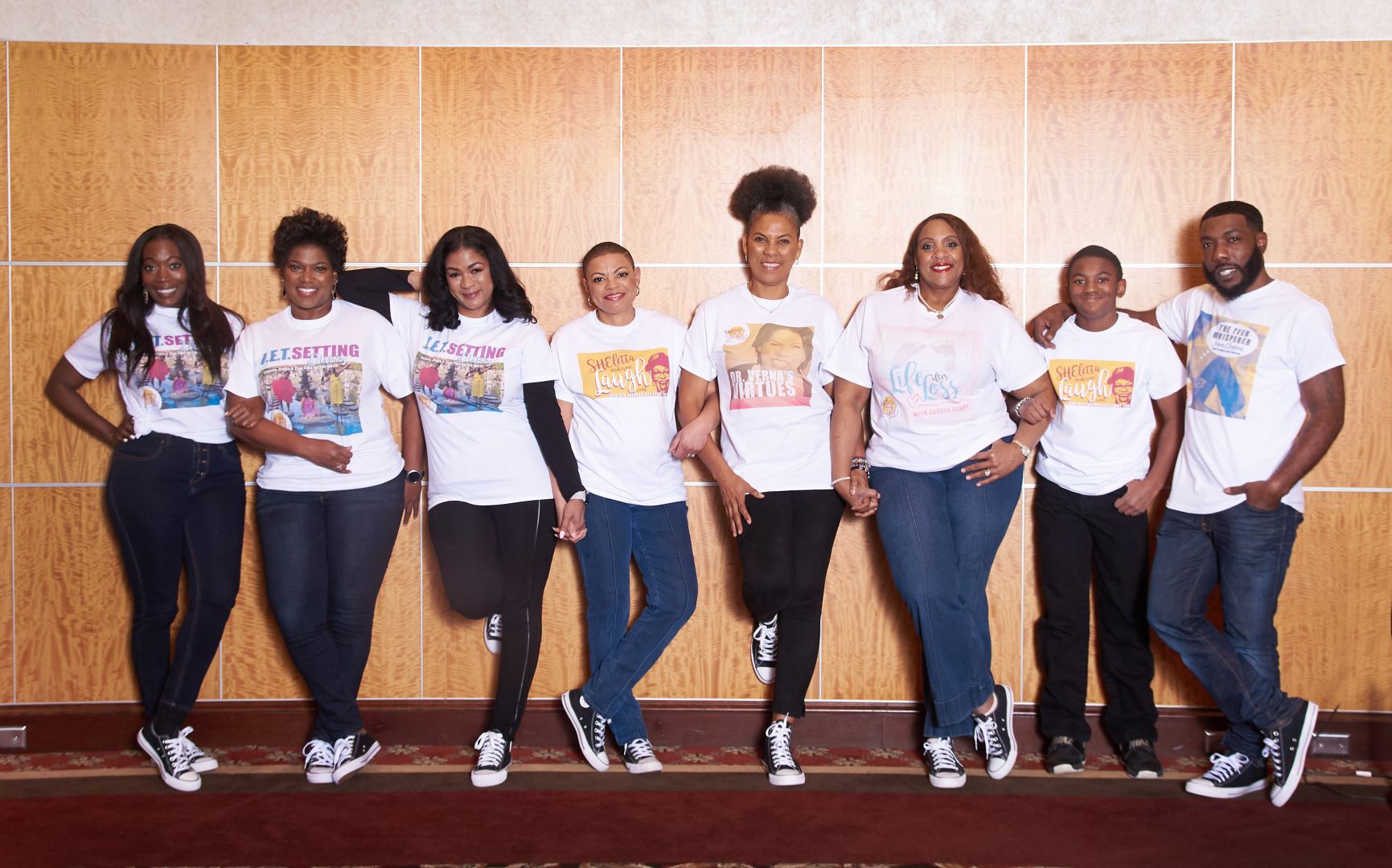 The Shoutout series is all about recognizing that our success and where we are in life is at least somewhat thanks to the efforts, support, mentorship, love and encouragement of others. So is there someone that you want to dedicate your shoutout to?
When I heard about the Small Business Administration’s Paycheck Protection Program, I thought it was a dream come true for an enterprise like mine. But by the time my number came up, it had become an absolute nightmare. Instead of the federal relief money going to small businesses struggling to keep going and pay their employees, the dollars were doled out to corporate giants like GoDaddy, Rick’s Cabaret and, believe it or not, that “small businessman” Tom Brady.

When I checked in with other Black women business owners who’d applied for PPP loans, I learned that none of them, not one, had received a red cent from a program that was supposedly designed for folks like us.

Once again, we saw that it wouldn’t be the government or the banks that would help us survive this crisis. That job would fall to other Black female entrepreneurs — strong accomplished visionaries determined to succeed and help each other do the same. And once Again, I was inspired by the words of Madam C.J. Walker who said, “I am not satisfied in making money for myself. I endeavor to provide employment to hundreds of women of my race.”

Three of my podcast hosts, Dr. Verna Price, Tina Cormier and Evette Washington own their own businesses. While they were donating their talents so that I could keep my podcasting platform going, I started working for them, too. I told my corporate connections about Dr. Verna’s executive coaching sessions and how they needed to have her come in to help keep their employees motivated. She landed contracts for workshops out of those referrals.

We were united in our determination that Covid-19, which has taken so much from our community, would not make a casualty of our dreams. The reason my company is still alive and serving our listeners is because Black women made sacrifices and doubled down on me when times were tough. And I did the same for them. 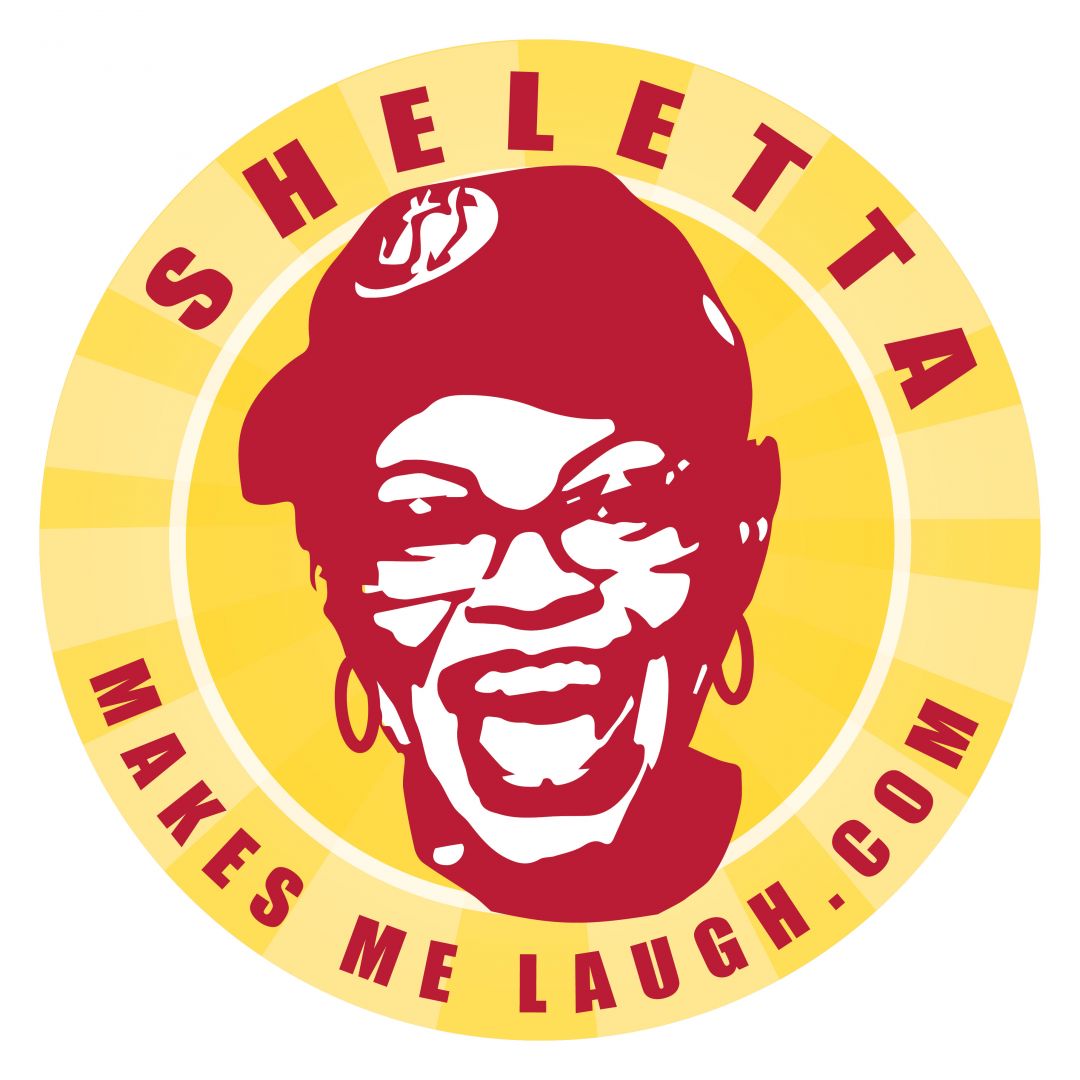