We had the good fortune of connecting with Mr. Corny Fletcher and we’ve shared our conversation below.

Hi Mr. Corny, how do you think about risk?
Taking risks has always been a part of the fabric of Fletcher’s Original Corny Dogs success starting in 1938, when brothers Neil and Carl Fletcher were winding down careers in Vaudeville. Just as they were plotting their next moves in life, Carl was offered a unique opportunity to run a food booth at the Fair Park. Both men had spent years marveling at the lack of cuisine offered to the Park patrons and knew they had an opportunity on their hands.

According to Neil, there was a local baker on Oak Lawn Ave. who served a dish of hot dogs baked in cornmeal in the shape of an ear of corn, and while it tasted good, the process was time-consuming and complicated. The brothers tested the recipe and realized that by frying it, not only did it cut time in the cooking process but now it was a mobile food on a stick.

Their creation, it must be said, was not an immediate success. When the Fletchers began selling their corn dogs for 15 cents out of a small stand, the response was decidedly restrained. In fact, the brothers had to cut them in half and give away samples before people were willing to try it. After trying out a series of names ranging from K-9 and Brown Bomber to French Fried Hot Dog and Meal on a Stick, the Fletcher brothers finally came up with a name and began to build a clientele. It took 12 years before they felt their unique batter was perfected and since then, it’s never changed. The secret to the famous Fletcher’s Corny Dogs isn’t just the batter, it is also in the water temperature and how the batter is mixed.

And that’s all I can say about that… 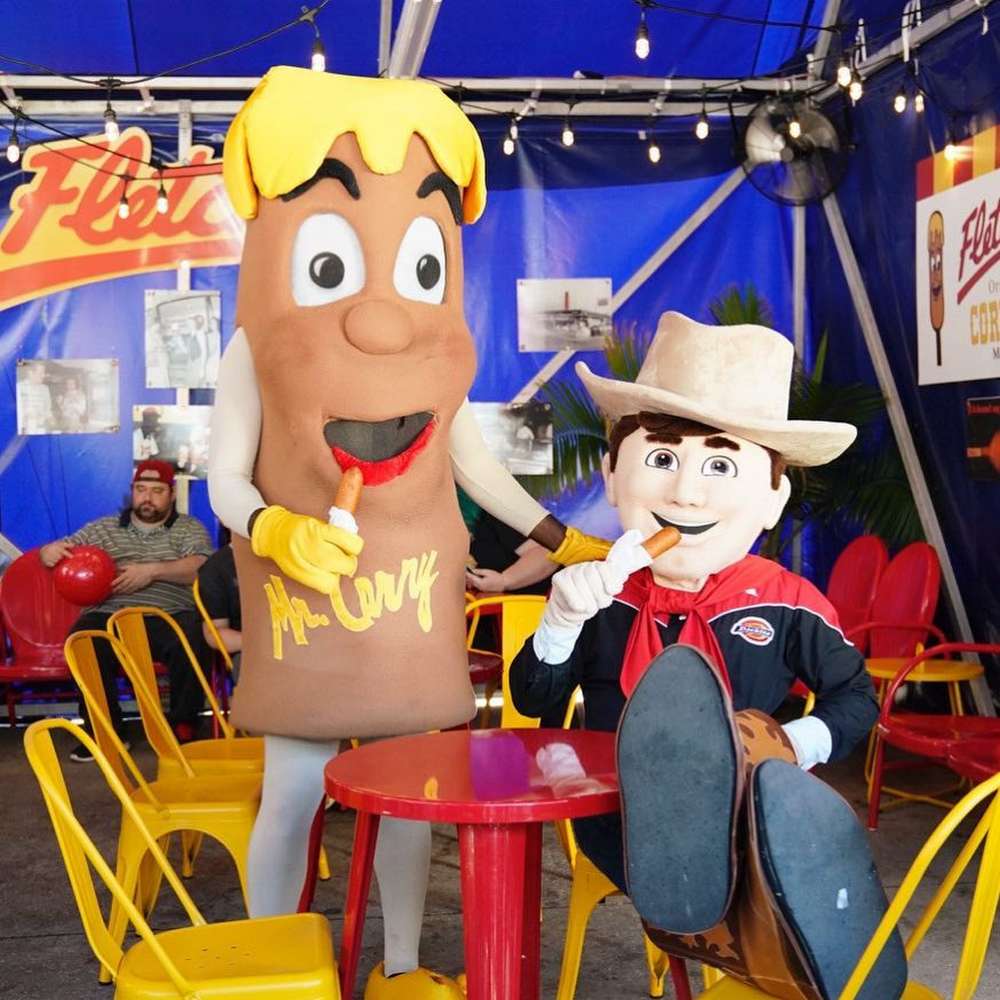 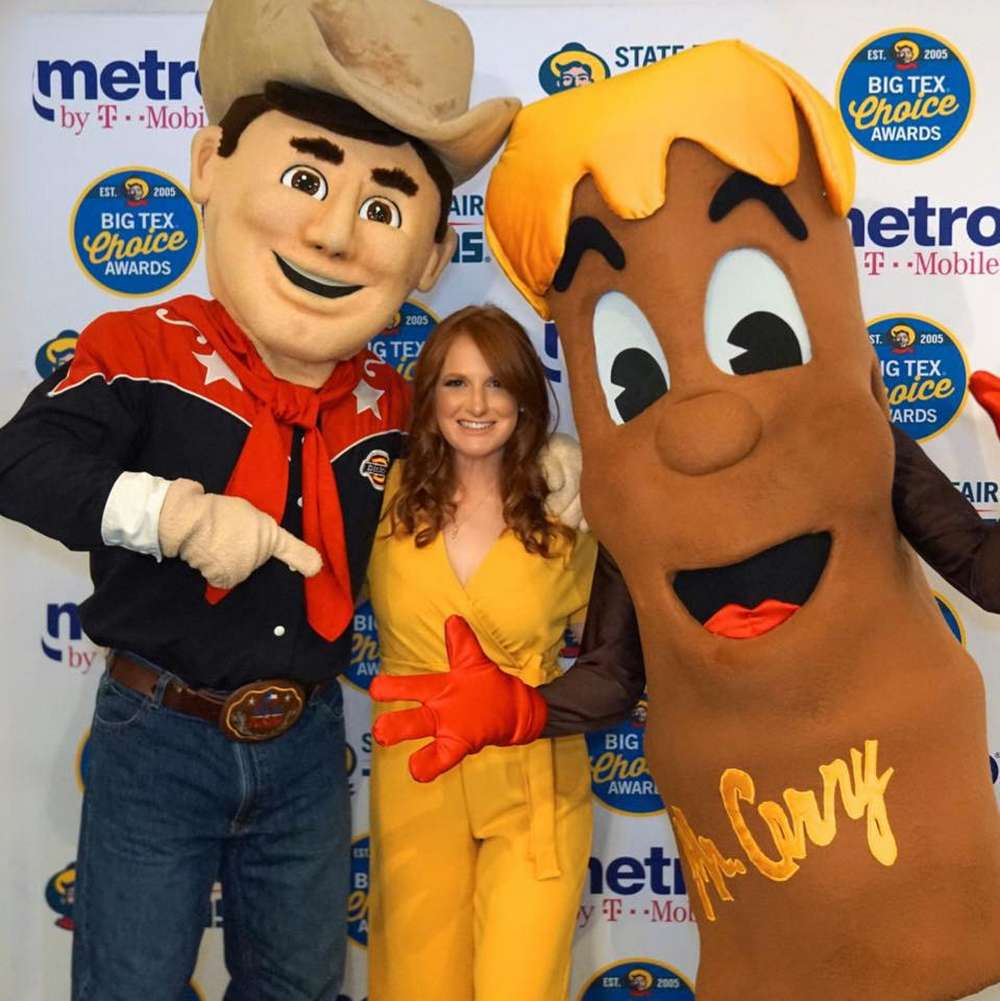 Alright, so let’s move onto what keeps you busy professionally?
For readers who aren’t familiar with our products, a Fletcher’s Corny Dog is a high-quality hot dog on a stick, hand-dipped into Fletcher’s proprietary cornmeal batter and deep fried until it’s golden brown. Our products are synonymous with the State Fair of Texas and we sell over 500,000 corny dogs annually throughout the Fair’s 24-day run. That’s 60,000 pounds of hot dogs! Outside of the State Fair of Texas, Fletcher’s caters events big and small, we have two mobile food trailers that allow us to pop-up at other festivals and events and we ship nationwide through Goldbelly! 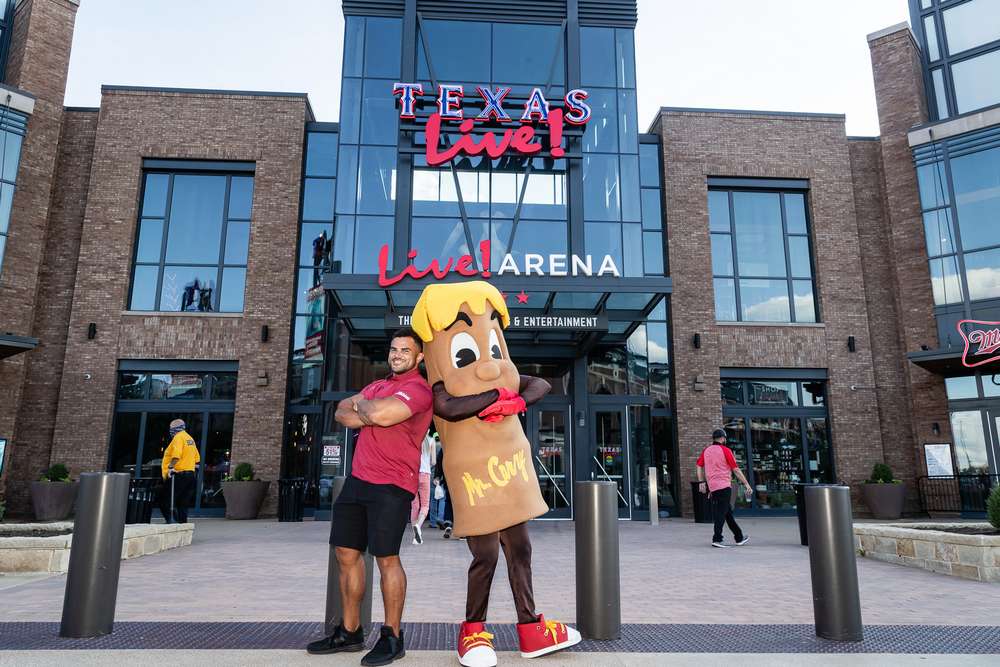 Let’s say your best friend was visiting the area and you wanted to show them the best time ever. Where would you take them? Give us a little itinerary – say it was a week long trip, where would you eat, drink, visit, hang out, etc.
There’s no better place to bring a friend or family member visiting Dallas than the State Fair of Texas, which takes place every year during September and October. It’s fun for kids of all ages and has the most amazing array of foods you’ll find anywhere! For many, the very first thing they do upon entering the State Fair of Texas gates is to head to one of our stands for a Corny Dog to kick off their visit. Our most popular stand is located at the feet of Big Tex, but we have six other locations scattered throughout the fairgrounds to make it easy for you to enjoy our products. One of the most prolific images you will see during the Fair is of someone holding up a Corny Dog in front of Big Tex. If you are lucky and come on a day I am working, I might just photobomb your picture. It’s been known to happen. We love it when people tag us in their social media posts. It never gets old to see generations of families enjoying this annual tradition.

During my lunch break, you can always find me in the Midway. I love the hustle and bustle, the energy, and sounds of the games. It’s so exciting! Every night, the State Fair of Texas has a parade that starts at 7:15 PM and snakes throughout the Fair grounds. On days that I work, I get to be in the parade and I love waving to all of the people. My friends the world-famous Budweiser Clydesdales are in the parade too so we have lots of fun. I’m always on the lookout for my best friend, Lil Tex, who also works at the State Fair. We have so much fun exploring the petting zoo, seeing the World of Birds Show, looking at the butter sculpture, and watching the nightly fireworks show.

Another thing I love to do with friends is attend college football games. You can find Fletcher’s Original Corny Dogs at the University of North Texas, Texas A&M and the University of Oklahoma! It’s great to meet other mascots and watch some football. 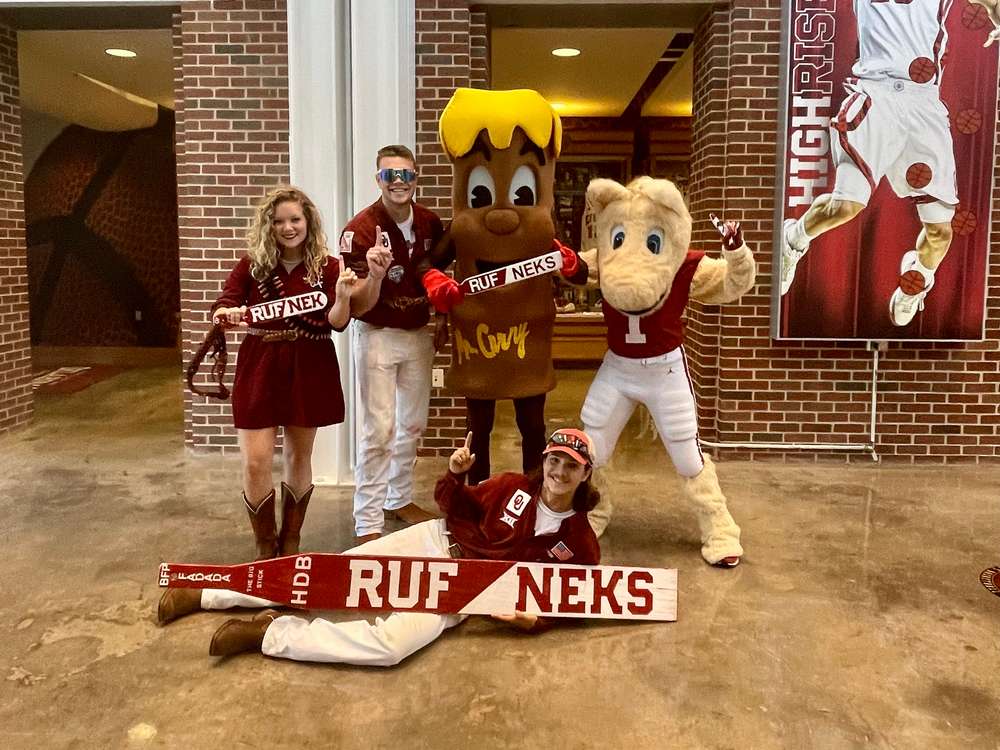 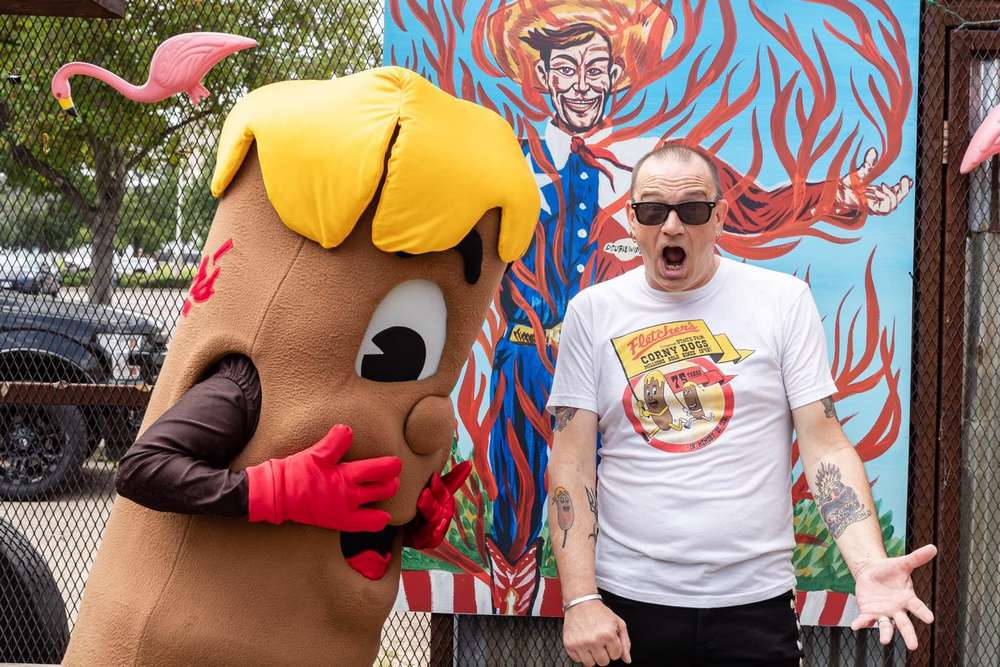 Shoutout is all about shouting out others who you feel deserve additional recognition and exposure. Who would you like to shoutout?
There are many members of my family I’d like to shoutout! Each generation of Fletcher’s has had a significant impact on making this company the beloved brand it is today. In 1983 I came into the family business and have been the people’s favorite ever since! In 1988, Neil Fletcher Sr. passed away leaving the business to his two sons, Neil and Bill Fletcher. Neil Fletcher Jr. ( a.k.a. Skip “the Corny Dog King”) was our next beloved patriarch of Fletcher’s Original Corny Dogs who, along with with his brother Bill working hard by his side, reigned our Corny Kingdom for nearly 40 years. Skip continued to drive innovation within the business, introducing the Jalapeno and Cheese Corny Dog in 2004, followed by the “Bird Dog” in 2011. Skip’s daughter, Amber, had the idea to introduce to fans a “Veggie Dog” in 2015, while Skip’s youngest son, Aaron, brought in the Cheezy Pup in 2018 and the Make Mine Texan all-beef and brisket Dog in 2021. The past couple of years Amber and Aaron, alongside their cousin W.C. Fletcher, have moved more into a leadership role at the company and together have created new corporate partnerships, purchased the food trailers that now allow us to participate in events outside of the State Fair of Texas and created the ability for us to ship nationwide through Goldbelly. The family philosophy is to always honor the past but continue to innovate to move the brand forward. I think we are all doing a pretty great job of that! 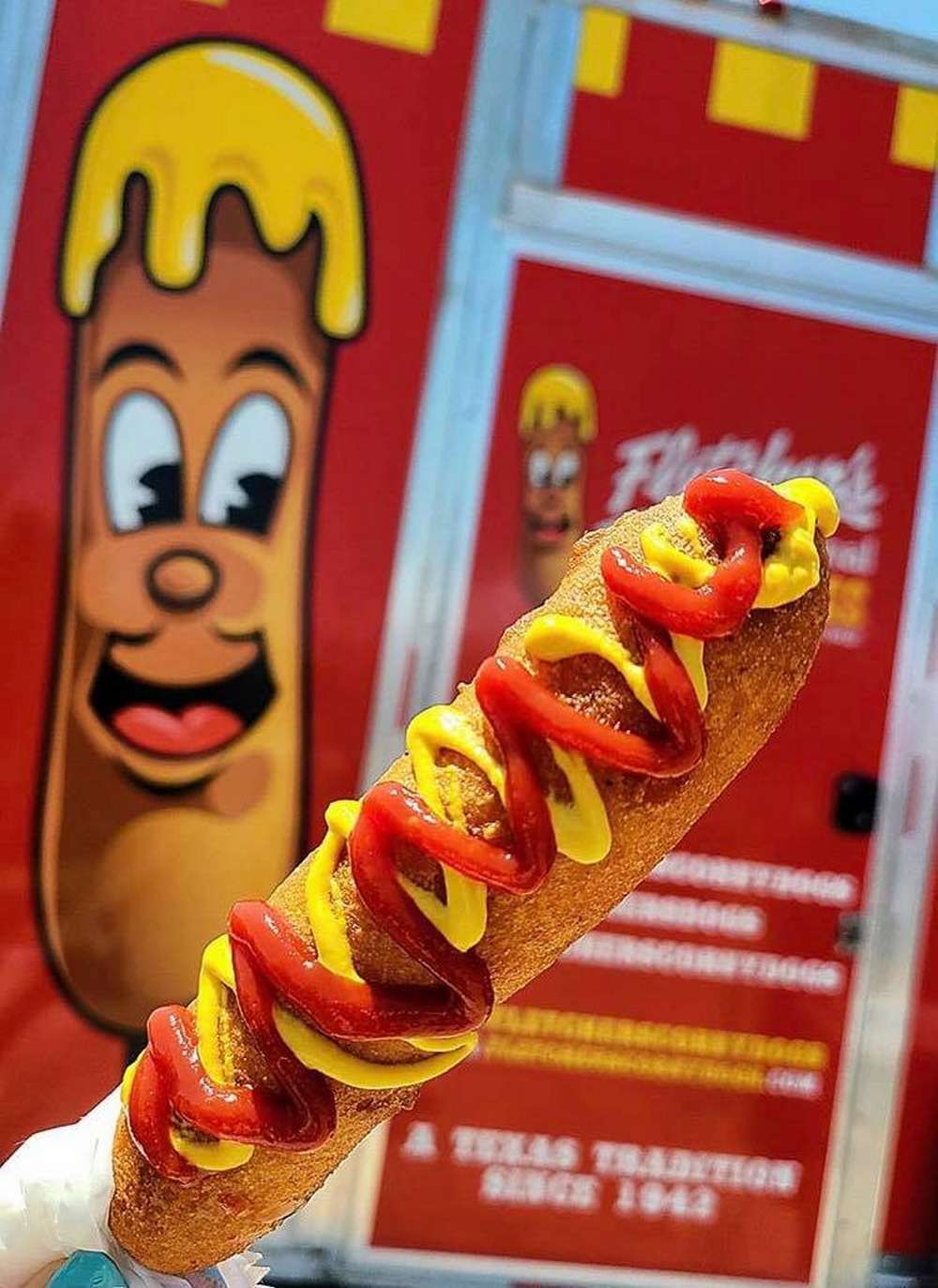 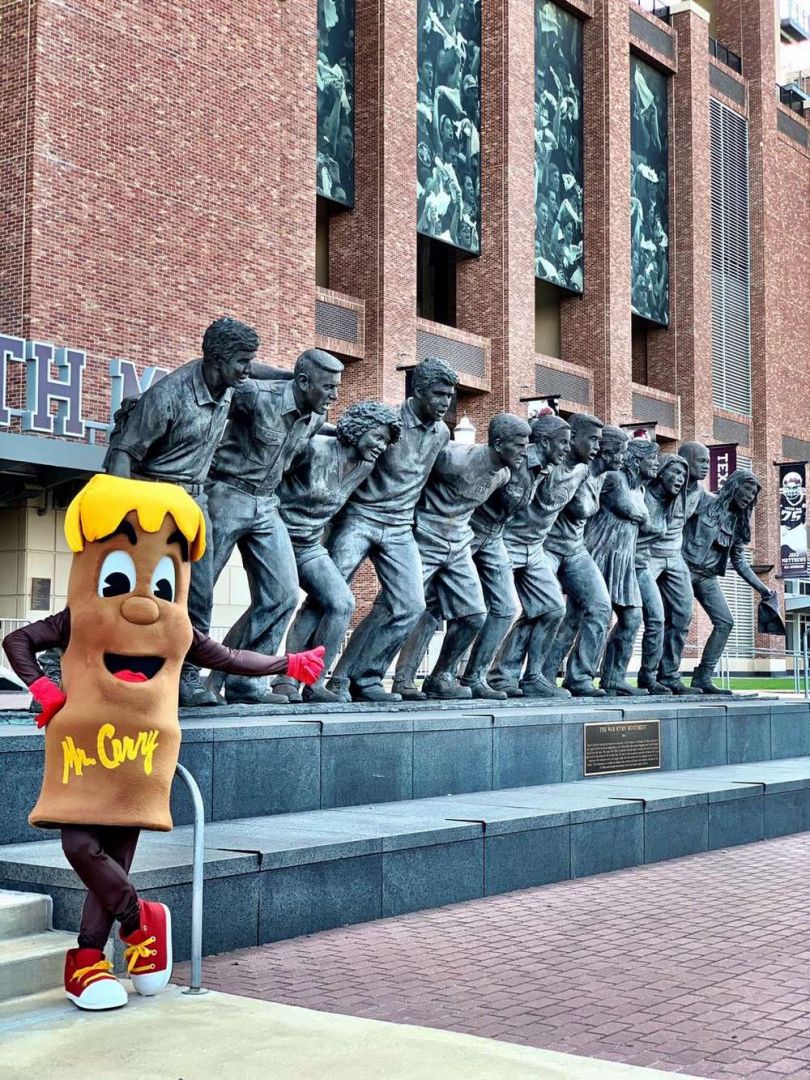