We had the good fortune of connecting with Larry Stanley and we’ve shared our conversation below.

Hi Larry, what do you attribute your success to?
God! If you want the short answer. Carly (my wife) and I made the decision to put God first in ever aspect of our lives, and God has showed us how good and always faithful God truly is. I believe with all my heart if you give it to God, spend time with God and work on your relationship with God everything else will fall in place. One of my favorite quotes is from Matthew Mcconaughey “First off I want to thank God, because that’s who I look up to. He’s graced my life with opportunities that I know are not of my hand or any other human hand,” I snuck this quote into the end credits of my new movie “The University of Las Colinas” (now available on Amazon). After God, I would say having a supportive wife is second. Film making takes a lot of time, and Carly is always understanding when I spend hours and hours obsessing over a project. People don’t think about all the behind the scenes sacrifices that go into film making. Without a supportive wife making movies would be a very difficult task. I thank God every day that I don’t have that issue. 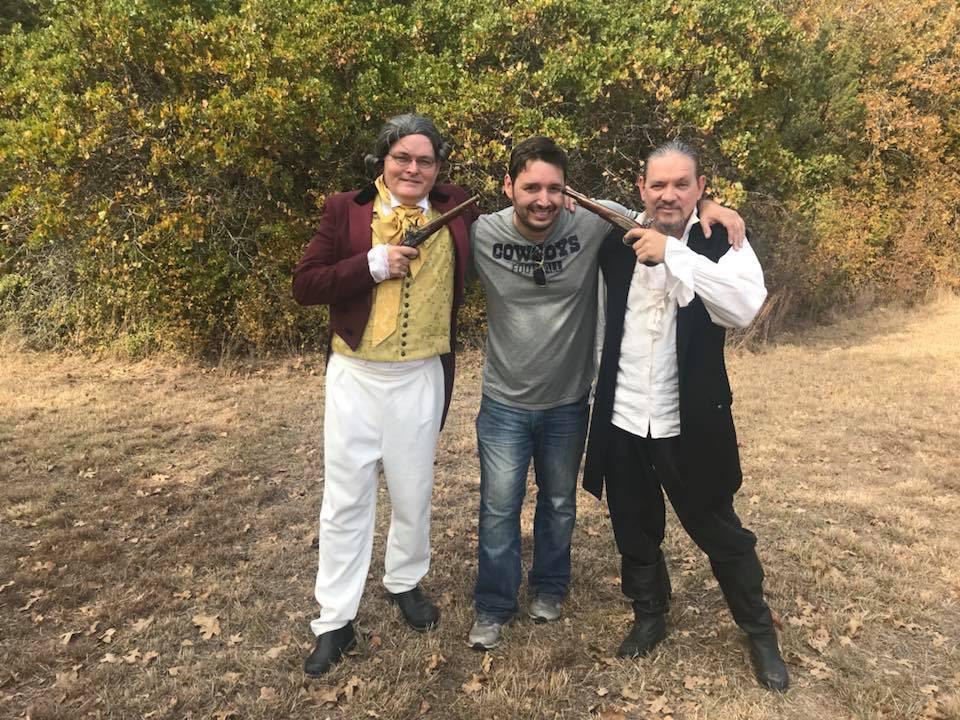 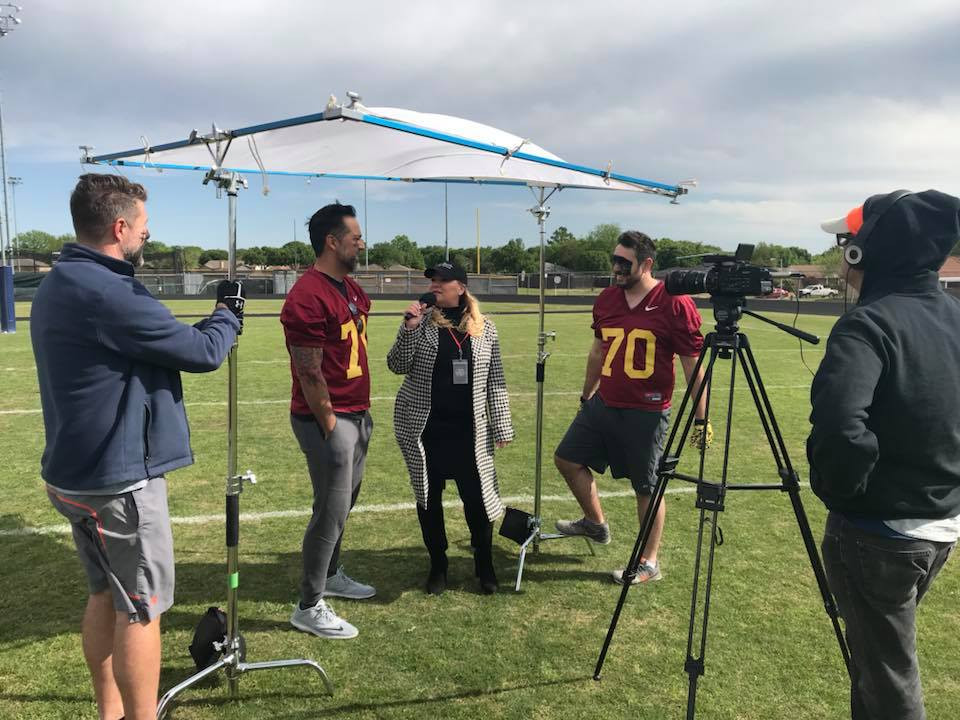 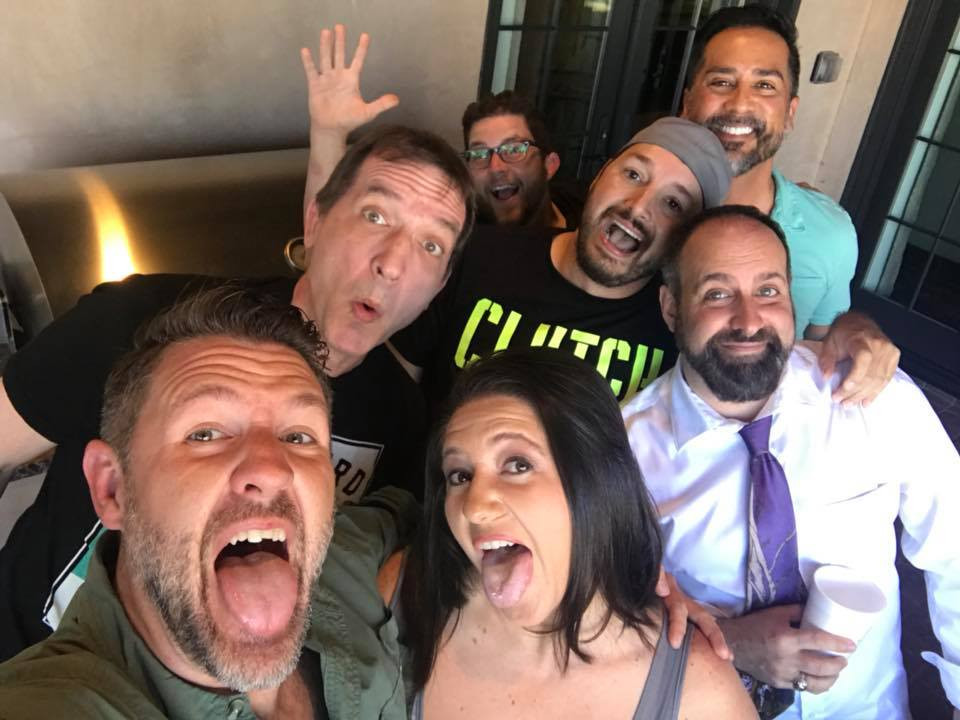 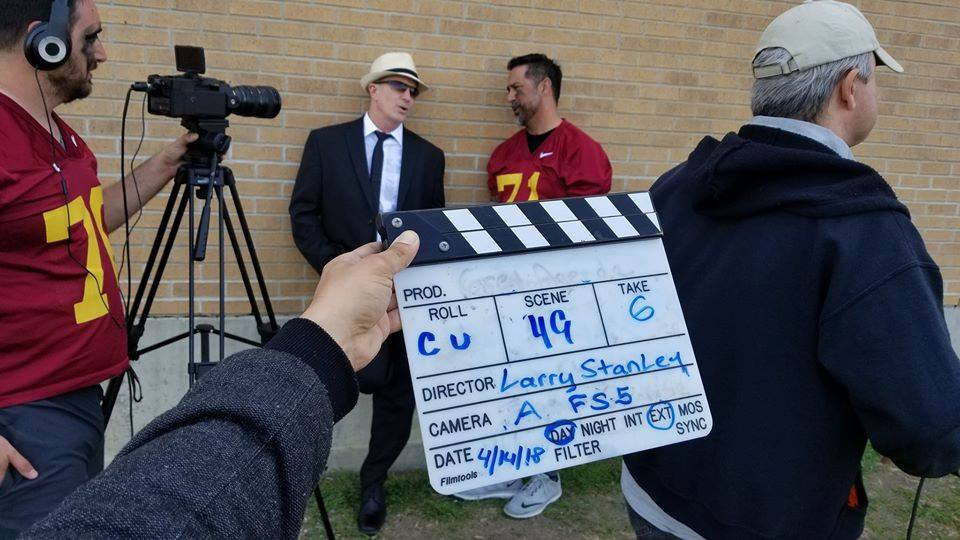 Alright, so let’s move onto what keeps you busy professionally?
I have been making low budget indie films in DFW for over a decade now. Low budget indie film making is never an easy thing. It’s a lot of work with little reward. You have to love it. When I first started making movies, I wanted everyone to watch them (even though my early films aren’t that great) I had a very look at me and what I did approach. It’s safe to say that was the wrong way to do it. Somewhere along the way I started making films for me and caring less about who watched them. I have fun creating. I know I’ll never be able to compete with Hollywood, but I can create and no one can stop me. I think what sets me apart from other local film makers is I don’t limit myself to one genre. A lot of local guys just make horror films for whatever reason. I may do a comedy this year like The University of Las Colinas or a documentary on Alexander Hamilton like I did last year with Channeling Hamilton. You can find both The University of Las Colinas and Channeling Hamilton on Amazon. I also like to distance myself from the Dallas Indie film scene. So much pettiness and drama, and lot of people who think way to much of themselves for my taste. At one point in my life I felt myself getting sucked into that dark place, and I just had to stop. My friends Andy, Ramon and I always talk about focusing on the positive and leaving the negative behind. Since I have been doing that my world and indie film life is a much better place.

If you had a friend visiting you, what are some of the local spots you’d want to take them around to?
My favorite spots in the city aren’t in the city at all. I love getting out of the city. I really like Broken Bow, OK. My wife and I go there ever year. I also love NOLA, and have been known to spend a little time at Winstar (Hey Winstar can I get a free room for this mention lol). If I am in the city you can usually find me hanging out on the west side. I am a Tarrant County guy. Dallas just isn’t for me. Give me the West-O-Plex and all it has to offer any day. 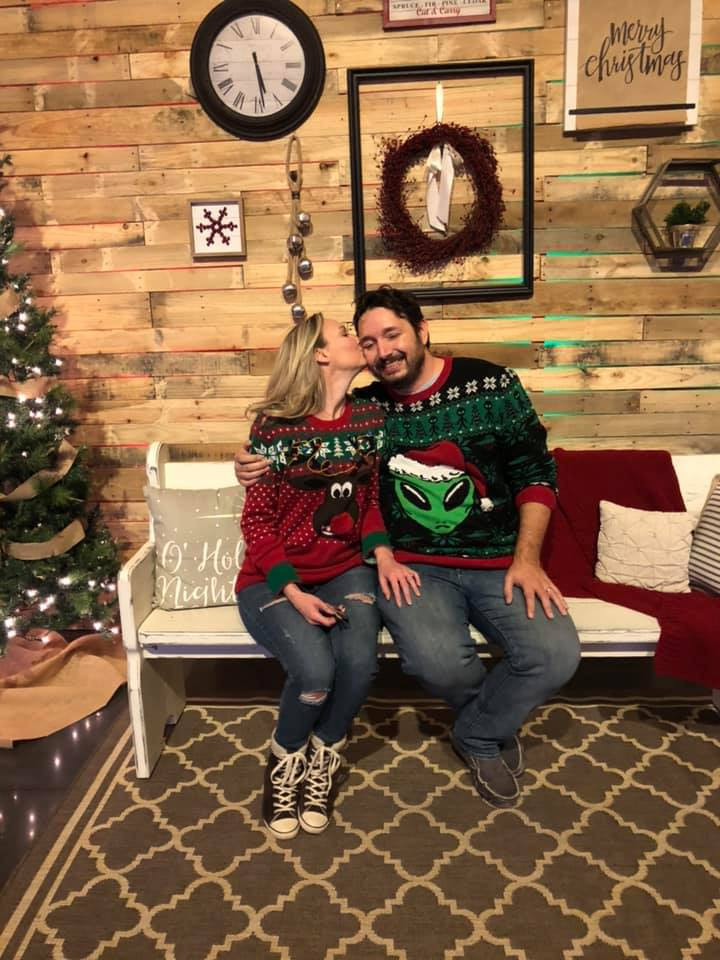 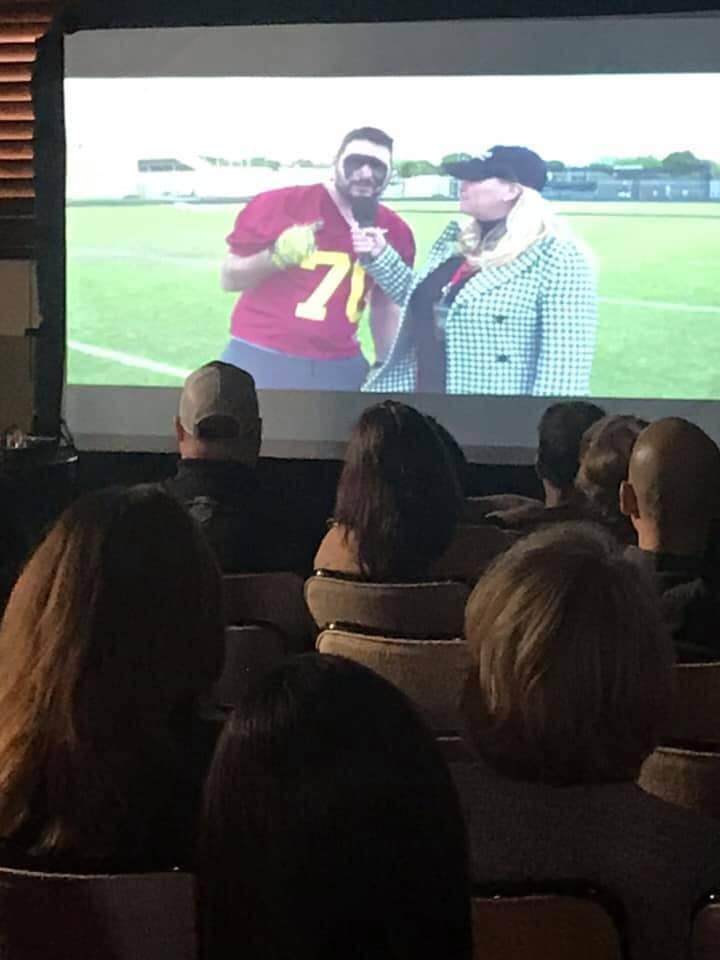 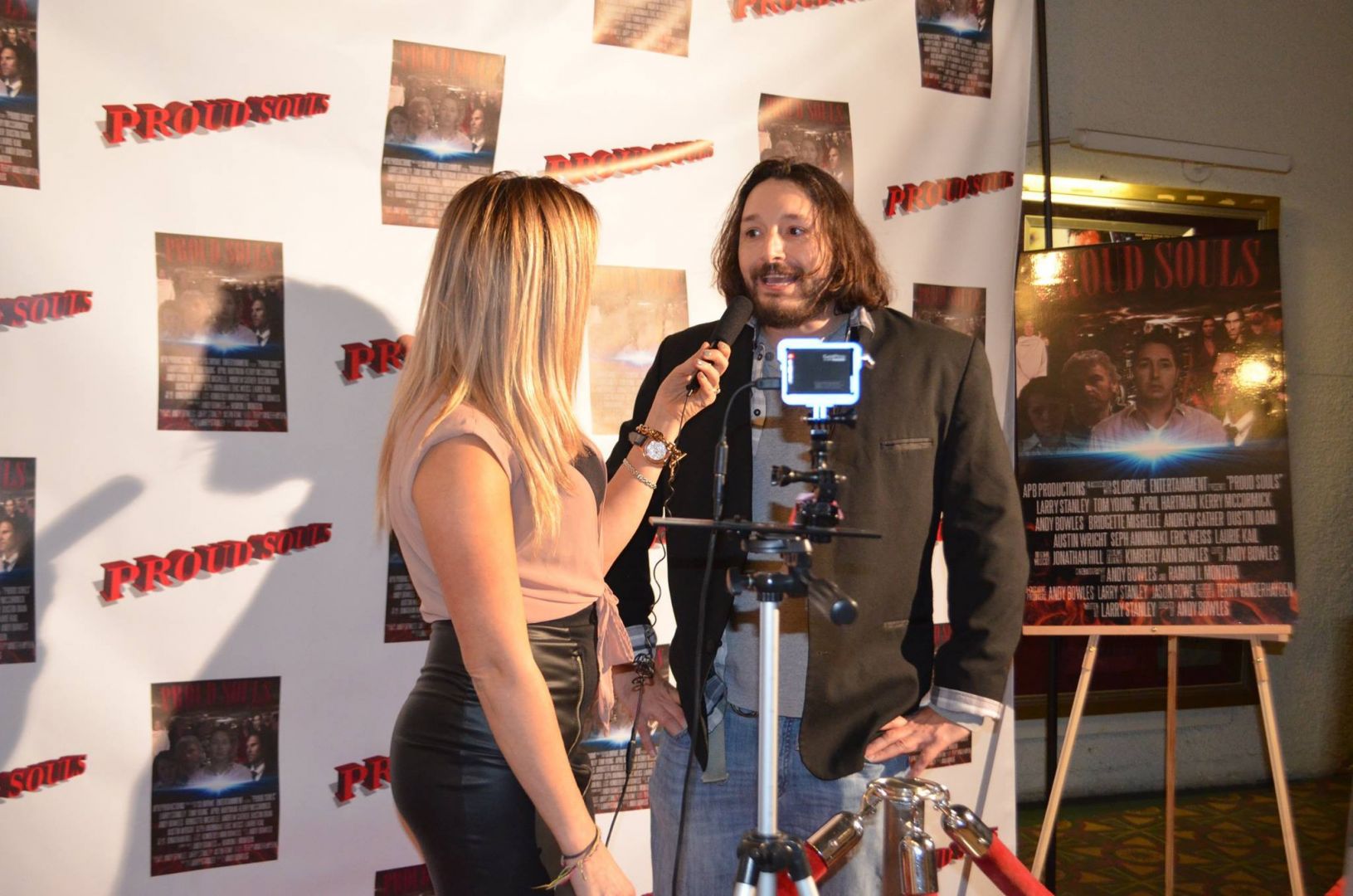 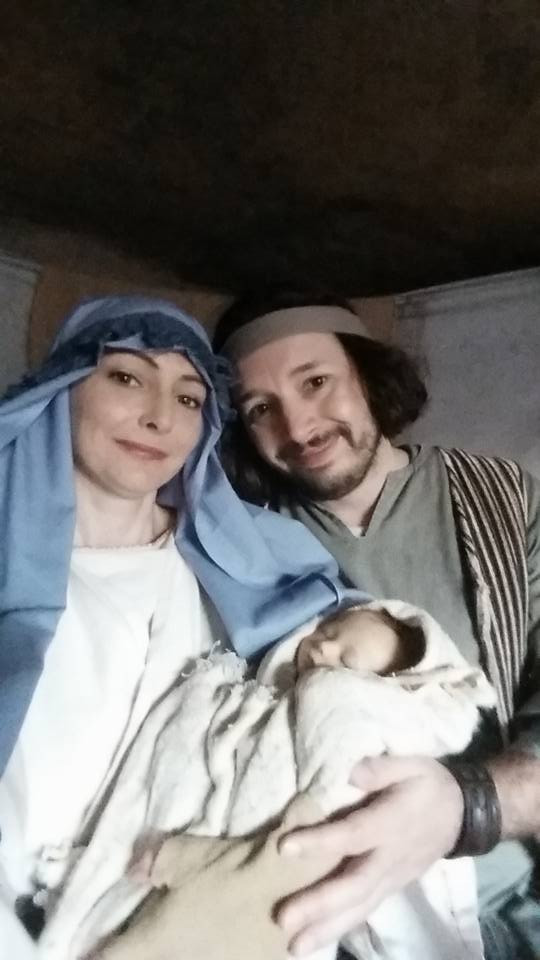 Shoutout is all about shouting out others who you feel deserve additional recognition and exposure. Who would you like to shoutout?
I am really lucky and have worked with a very talented group of artist in DFW. I hate listing names because I was always forget someone and then have to do a very awkward Larry David type apology. I will list three people here and I think everyone will understand why I picked them to single out. I would like to give shoutouts to my wife Carly Stanley (who also works in film), my childhood friend and fellow film maker Andy Bowles, and my Van Stanley productions business partner Terry VanderHeyden. Those three definitely deserve a shoutout from me and have all influenced my career in a big way . Also I believe all of the dedicated people who have been apart of one of my projects in one way or another over the years deserve a shoutout. From the actors, to the crew, to the people who donate spaces for us to create our magic, and all of the local artist that donate music to the projects, here is your shout out! Thank you for working with me and being a part of my film making family. If you are interested in learning more about my film making family you can see a lot of them in my new movie “The University of Las Colinas” now available on Amazon 🙂