We had the good fortune of connecting with Katie Stewart and we’ve shared our conversation below.

Hi Katie, we’d love to hear about how you approach risk and risk-taking
I approach risk the same way I think about life. It’s scary and overwhelming, but anything worth having, is worth fighting for and definitely worth the risk. At one point several years ago, I left my boring day job to pursue my music. It felt dangerous and exhilarating, and I worried I would regret it. Three years later, I found myself back in higher education in order to support myself. I never regretted taking the risk to leave my job though because, now several years later, I’ve realized that it was the extra step I needed for my next big risk.

In my situation, I wouldn’t have been able to financially pursue my music without that foundation of returning to school. It has afforded me the time I needed to grow as an individual and allow my songwriting to percolate in due time. I just recently recorded my first album that I likely wouldn’t have been able to accomplish had I not decided to pursue my musical dreams back in 2013. To me, dreams and ambitions are directly related to risk. Achieving big dreams requires big risks. 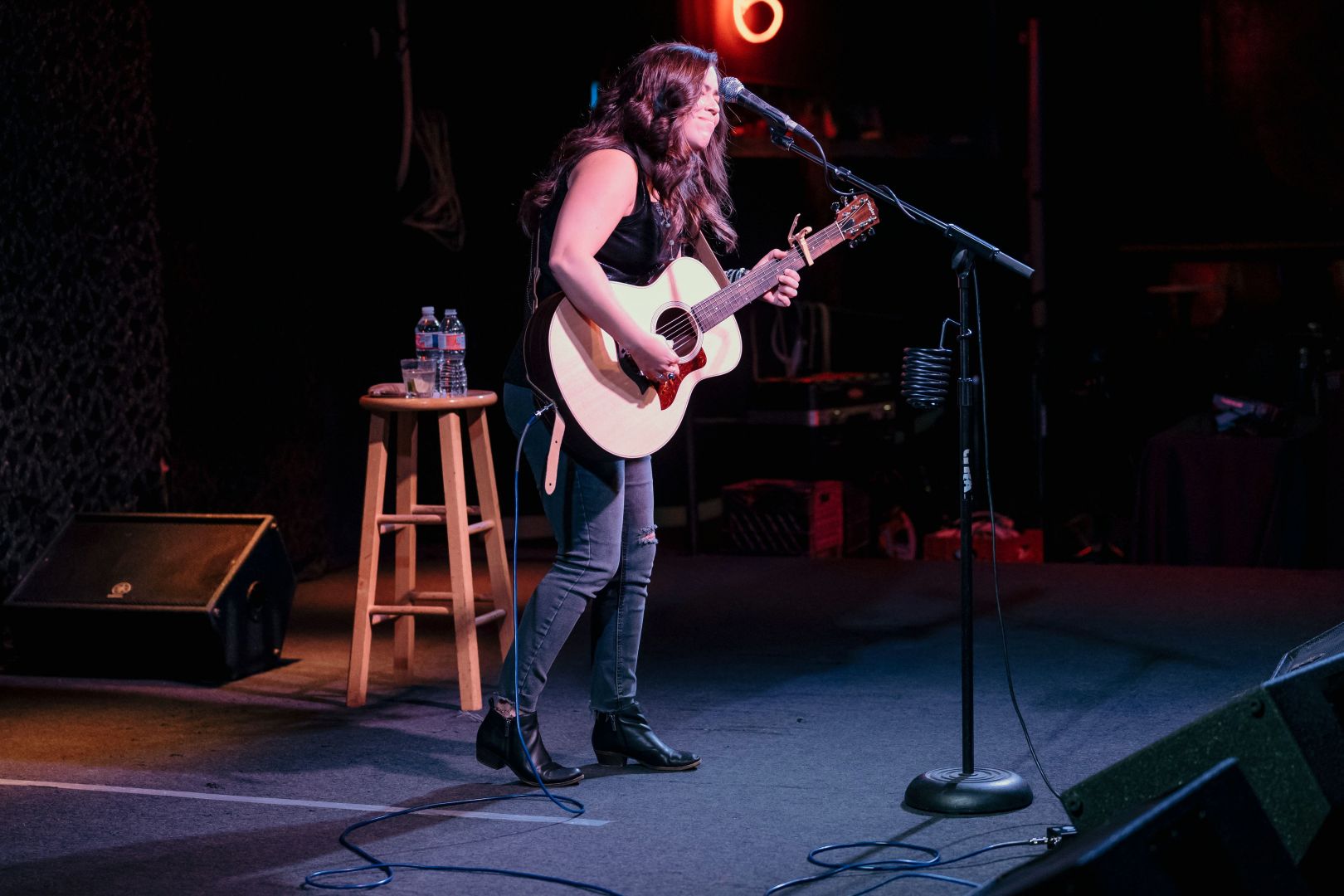 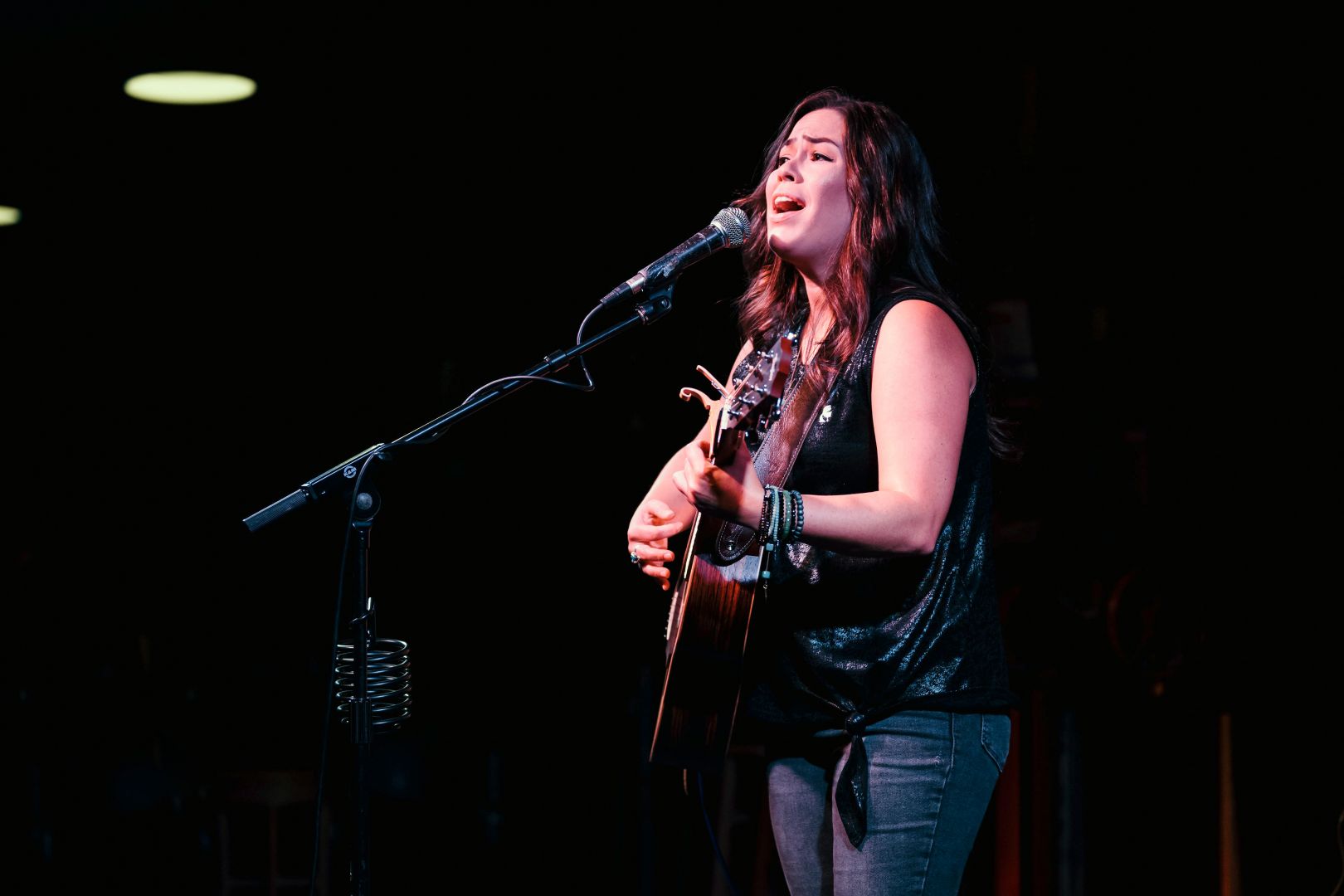 I’m from Rockwall, TX, but my songwriting and performances began when I moved to central Texas in 2013. I was born into a family full of music and show business. My maternal grandfather played classical violin and my mother played classical piano for a few years as well. My paternal grandfather ran all the movie theaters in Waco back in the 50s and hosted various movie stars in town, including Elvis Presley. In 2013, I moved to Waco to care for my ailing grandmother, so Waco has always had its roots intertwined in my life. After 15 years of studying/performing classical piano, I started playing guitar. I always wrote poetry as a kid, so it was easy to put it all together once I was inspired to do so.

As an independent singer/songwriter it’s difficult to set yourself apart from the next artist. I have stayed true to my music and stayed focused on my craft. These days with so much technology and social media, often we get distracted, but as a songwriter, it’s my duty to remain concentrated and perform my insight. My songs include intimate, honest thoughts on humanity and new-world reality. Raw authenticity is where my heart lies and is the lens through which I reveal my songs.

I recently recorded my first studio album “Haunted,” and I can’t wait to share it with the world. I am hoping for it to release next spring on all major digital streaming platforms. In preparation for recording, I was distressed about trying to organize the right musicians for the album. After multiple rejections, I was humbly reminded that when it is right, it will be right. Two exceptional musicians were spontaneously present at the studio and perfect for the project.

Life as an independent performing artist is complex and difficult, yet one of the most beautiful things I’ve experienced in my life. On the days I can’t seem to get anyone to listen, I remind myself that, to follow my dreams and be truly ambitious, I must be patient and keep working hard. I am just a vessel for the music to cycle through, and I feel grateful that I’ve had the opportunity to share my music.

Let’s say your best friend was visiting the area and you wanted to show them the best time ever. Where would you take them? Give us a little itinerary – say it was a week long trip, where would you eat, drink, visit, hang out, etc.
Central Texas has so much to offer. It’s such a quick ride to many different towns in the surrounding areas. One of my favorite stops in Waco is Twisted Root (which actually started in Dallas) which has one of the best burgers around. The Backyard Saloon hosts singer/songwriter nights on Thursdays which is a great place to meet all sorts of creatives. If you’re looking for a unique place to grab a drink in an intimate environment, Sloan’s has great cocktails. For a quick little day trip, Clifton has a great winery called the Red Caboose and a hidden gem of a shop called Market at the Mill not to far from the winery. McGregor is also just a quick drive from Waco that has a small downtown with great antique shops. Cameron Park in Waco is beautiful with many different trails just off the Brazos River. While you’re by the river, stop by the Doris Miller Memorial. Miller was the first African American recipient of the Navy Cross for valour and considered a Pearl Harbor hero. 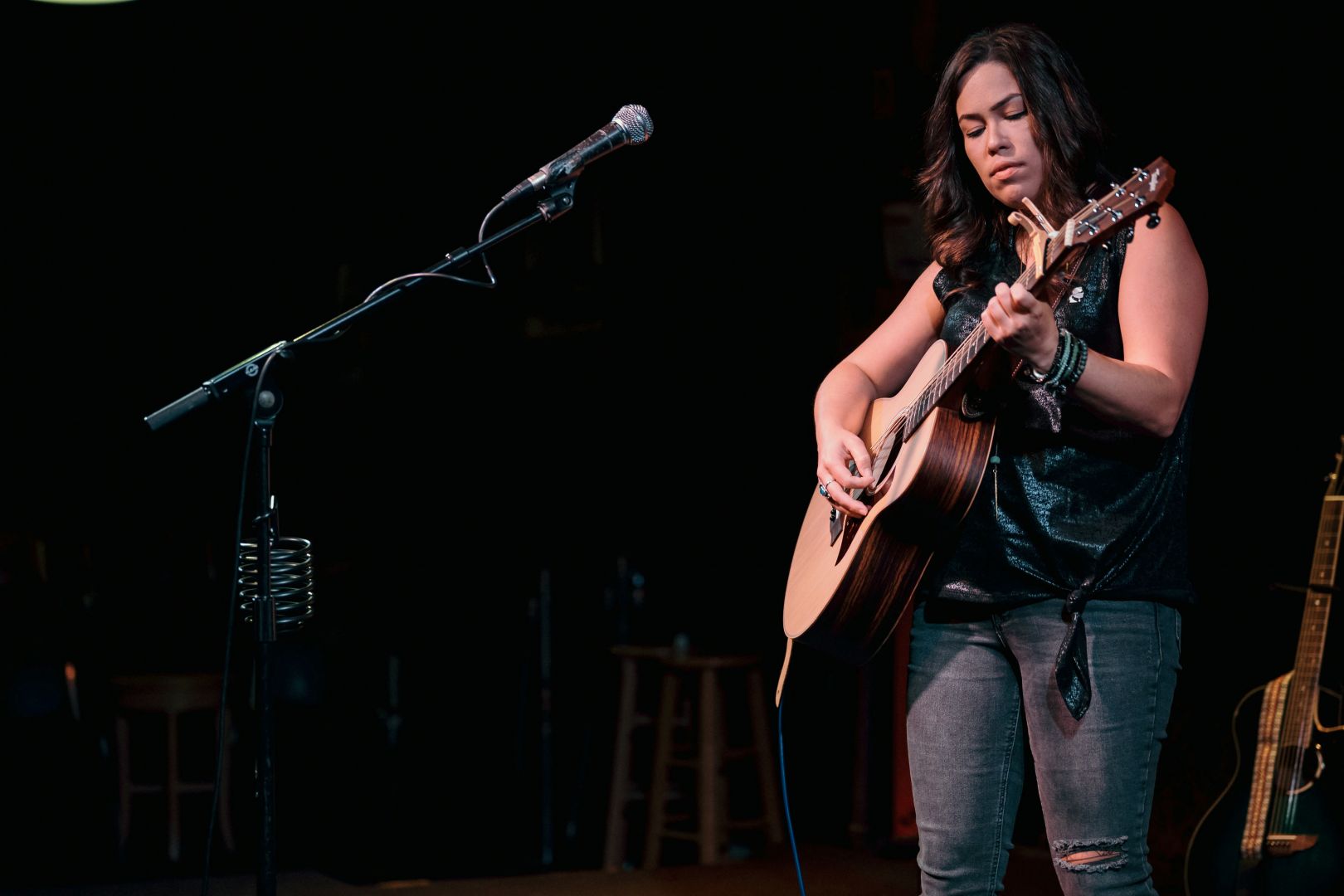 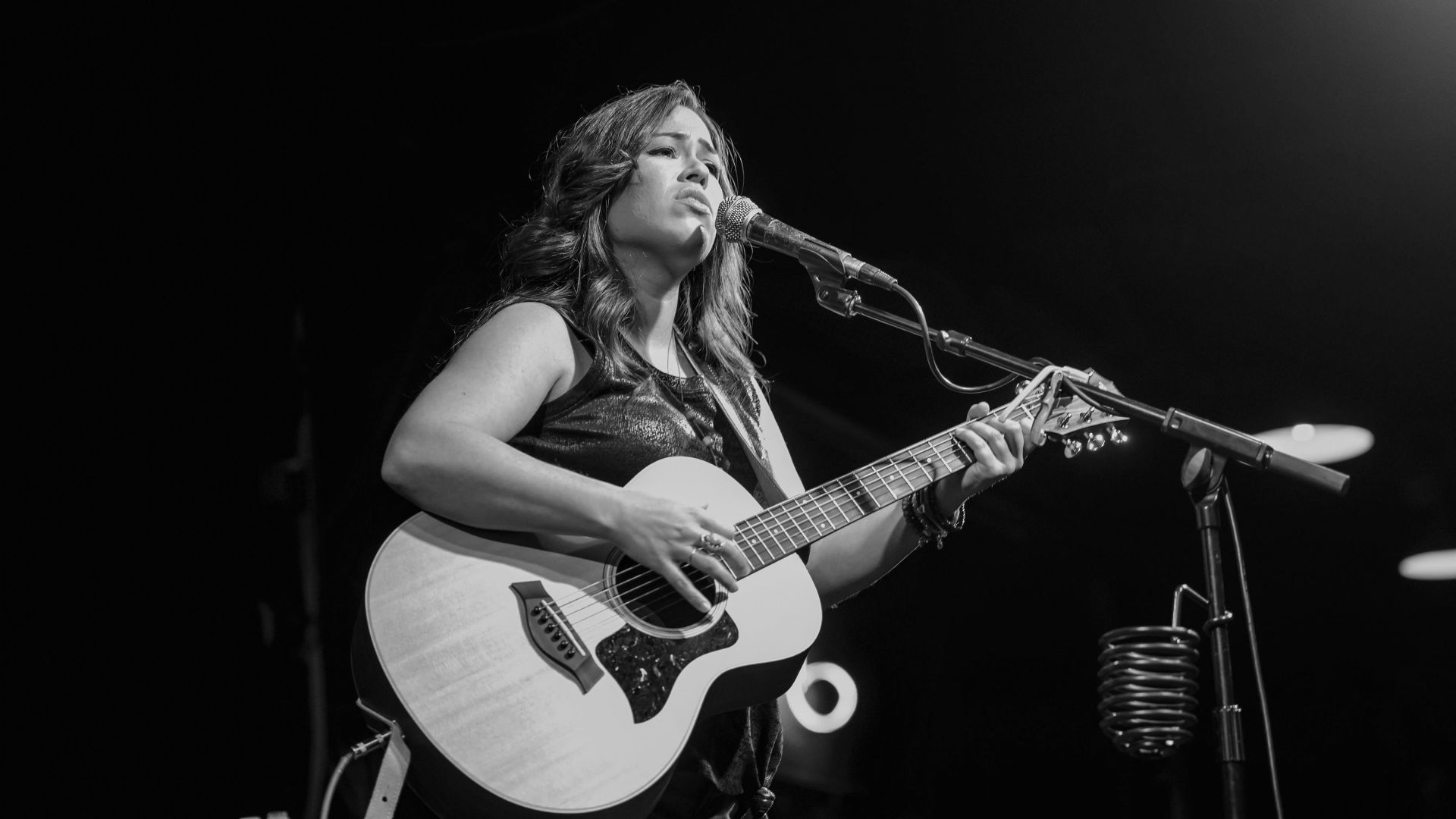 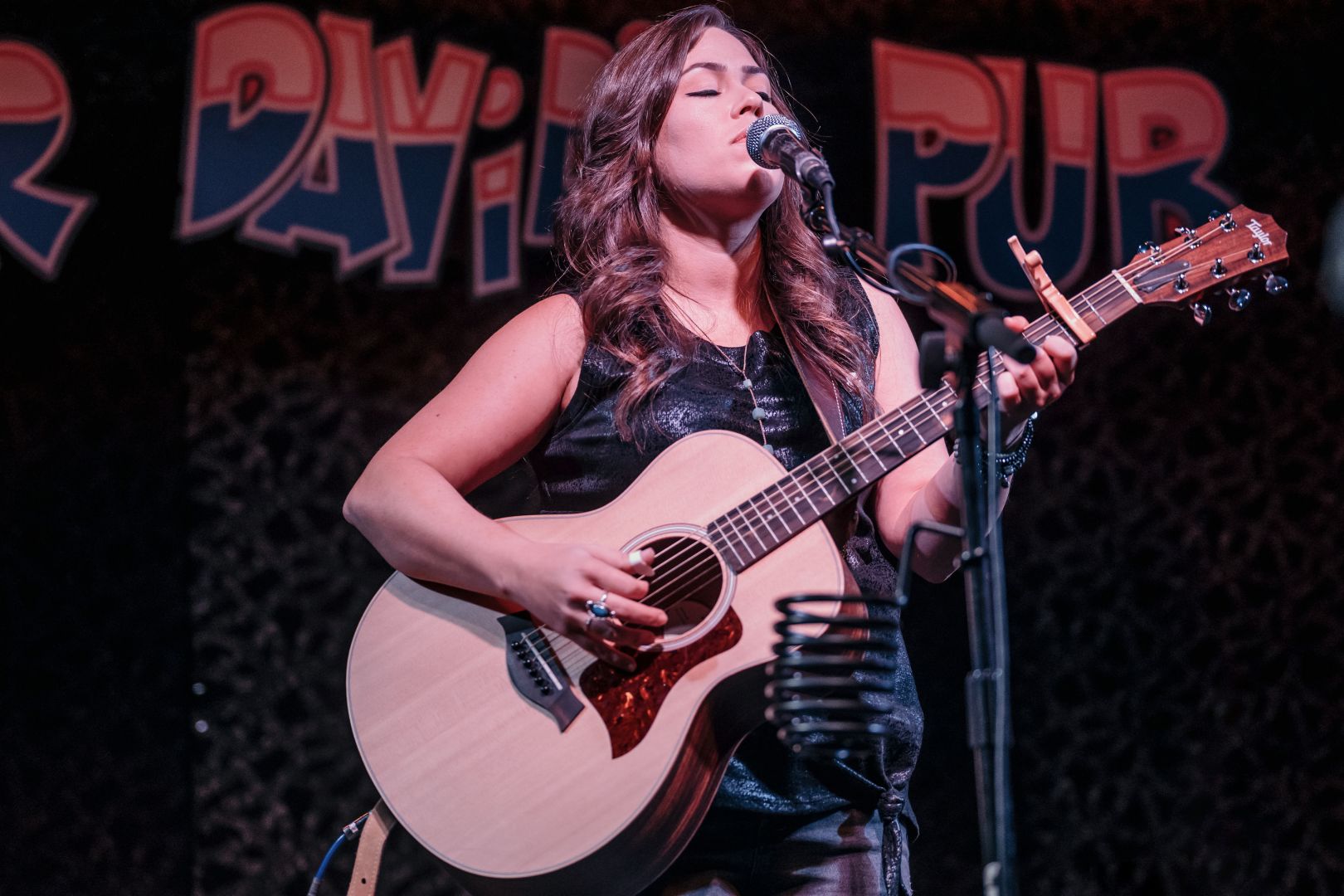 Shoutout is all about shouting out others who you feel deserve additional recognition and exposure. Who would you like to shoutout?

There is an eclectic group of songwriters and original-music aficionados in Central Texas that I’d be remiss if I didn’t recognize their support. When I took the plunge to really explore performing, specifically Bill Doss and Jeff Ward have been in my corner the whole way, along with all the rest of the passing characters from The Shop. Waco has been kind to me and welcomed me with open arms since I moved here in 2013. I couldn’t have asked for a better circle of musicians and songwriters to rally behind me. Bill Leach has done more for me than I have space to mention. Carl Genarlsky is an exceptional luthier and has showered me with inspiration. I have written nearly all my songs on his guitars. My best friend Sara Rogers always encourages me to stay creative and my husband Rhett (who I met because he hired me to perform a show for his company!) continuously supports my eccentricities and all my performing ambitions. I offer a very humble thank you and a hat tilt to them all.