We had the good fortune of connecting with Jeff Fritz and we’ve shared our conversation below.

Hi Jeff, is your business focused on helping the community? If so, how?
My business started about 7 years ago as a way to support an urban community garden project on the military installation I was stationed at. At the time the government budget was very tight and a community garden project was not in the budget for the base. So To make this project happen I had to figure out a way to raise money for lumber for raised beds, organic soil, and compost. Before I could do that I had to get through all the red tape of starting this project on base. After 15 months of back and forth with multiple agencies we were given the approval and location to start the community garden but, there was a catch. The catch was they would only allow the garden if it was at no cost to the government. I needed a fund raiser idea to help raise the money and my first thought was to host a benefit dinner. I planned to use the money raised to buy the soil, compost, and tools we would need. As a military chef in the DC Metro area I’ve had the pleasure of working with some amazing chefs from each service branch. My thought for the dinner was to have one lead chef from each branch that would cook two courses each. Our menu would follow the life cycle of a garden and we would use local products from the Maryland, VA, DC areas. After our menu was developed we decided to show additional support to our fellow service members buy sponsoring Wounded Warriors for Walter Reed Medical Center. In the end we had five Wounded Warriors and their caregivers attend the meal with their tickets paid for. This connection with the USO and Wounded Warriors at Walter Reed lead us to expand our idea again. We started a small teaching program to show how to grow/cook using urban products in a farm to table mind set. Additionally, we were able to enlist the help of an urban farmer to help us teach 101 classes at the community garden to help our service members learn to grown some of their own food.

In the end our dinner had 50 attendees and we cooked 10 courses while raising about $3000 after all the bills were paid. With the success of this dinner we were able to hosted two follow up dinners and used the funds to beautify the garden by adding planters that would help with pollinator insects, a new pathway, and we started an organic seed bank for communal use. After the first season was a success we were also able to expand the garden by adding another 12 garden boxes. 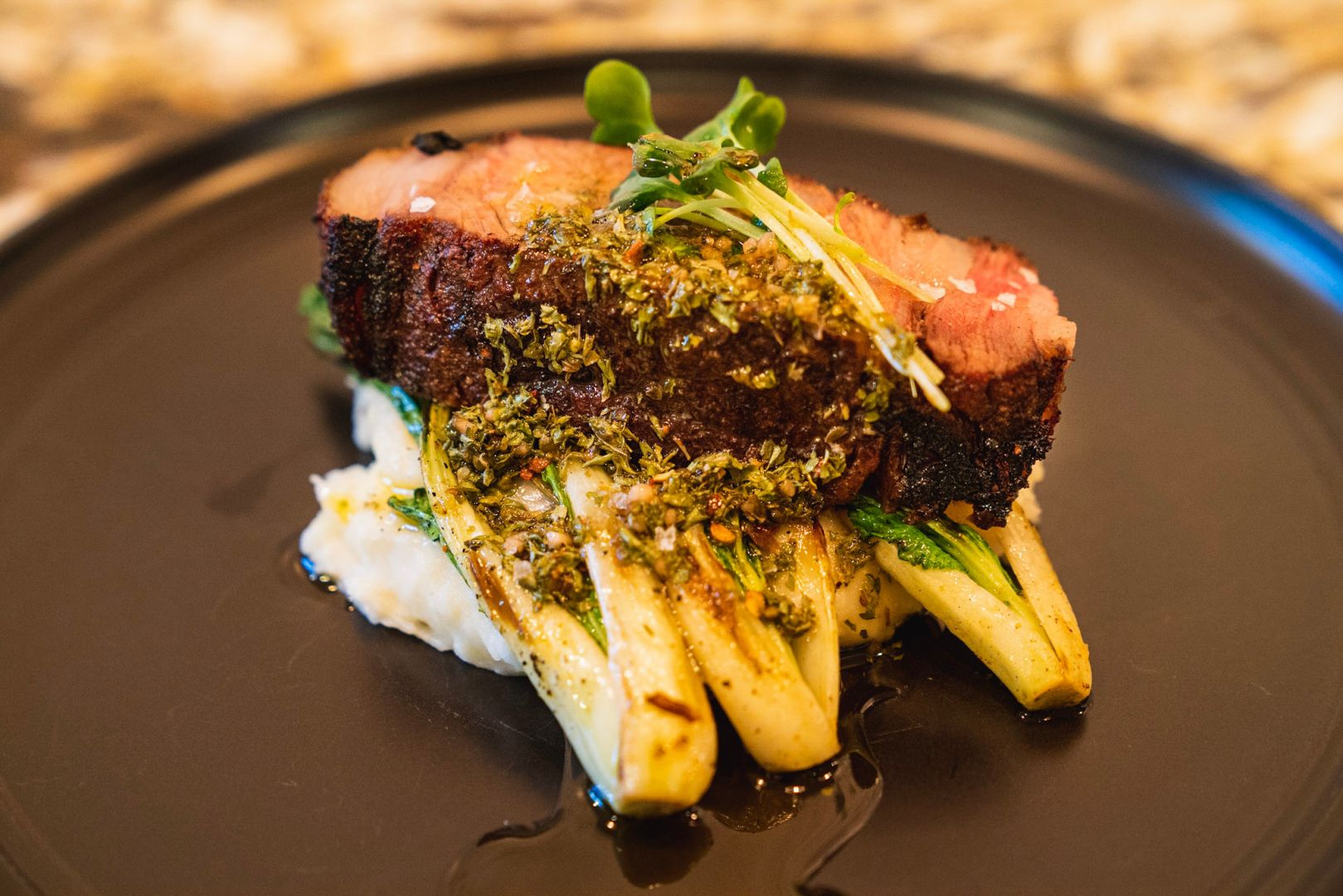 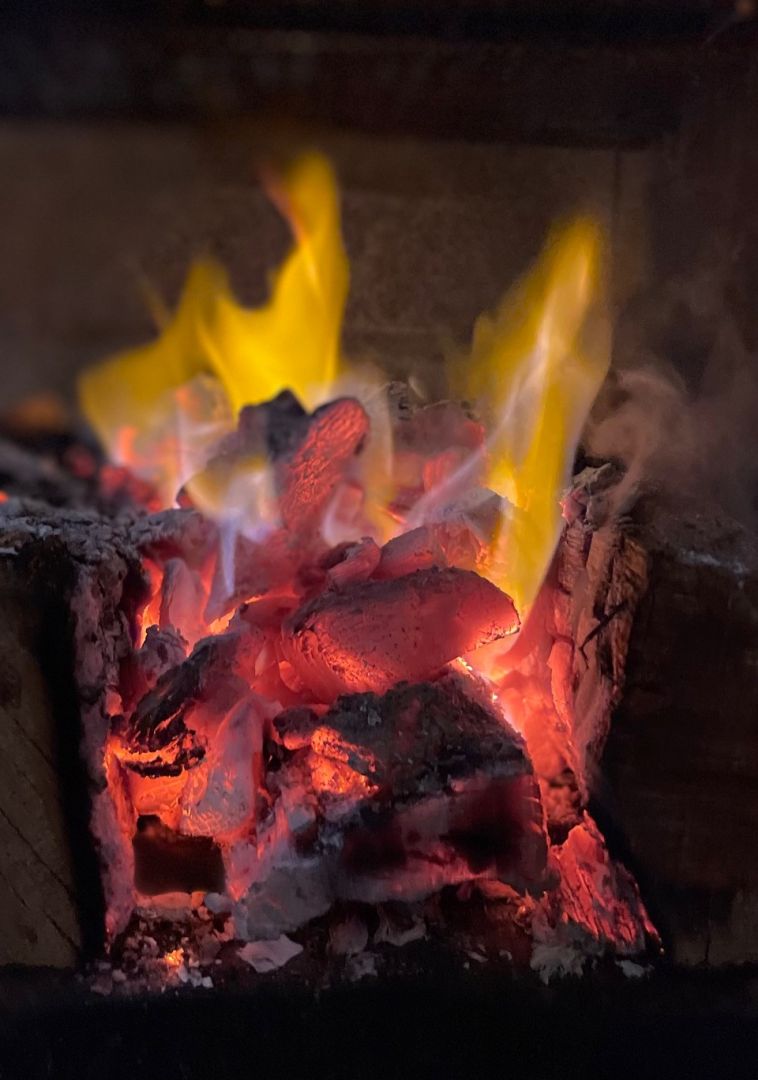 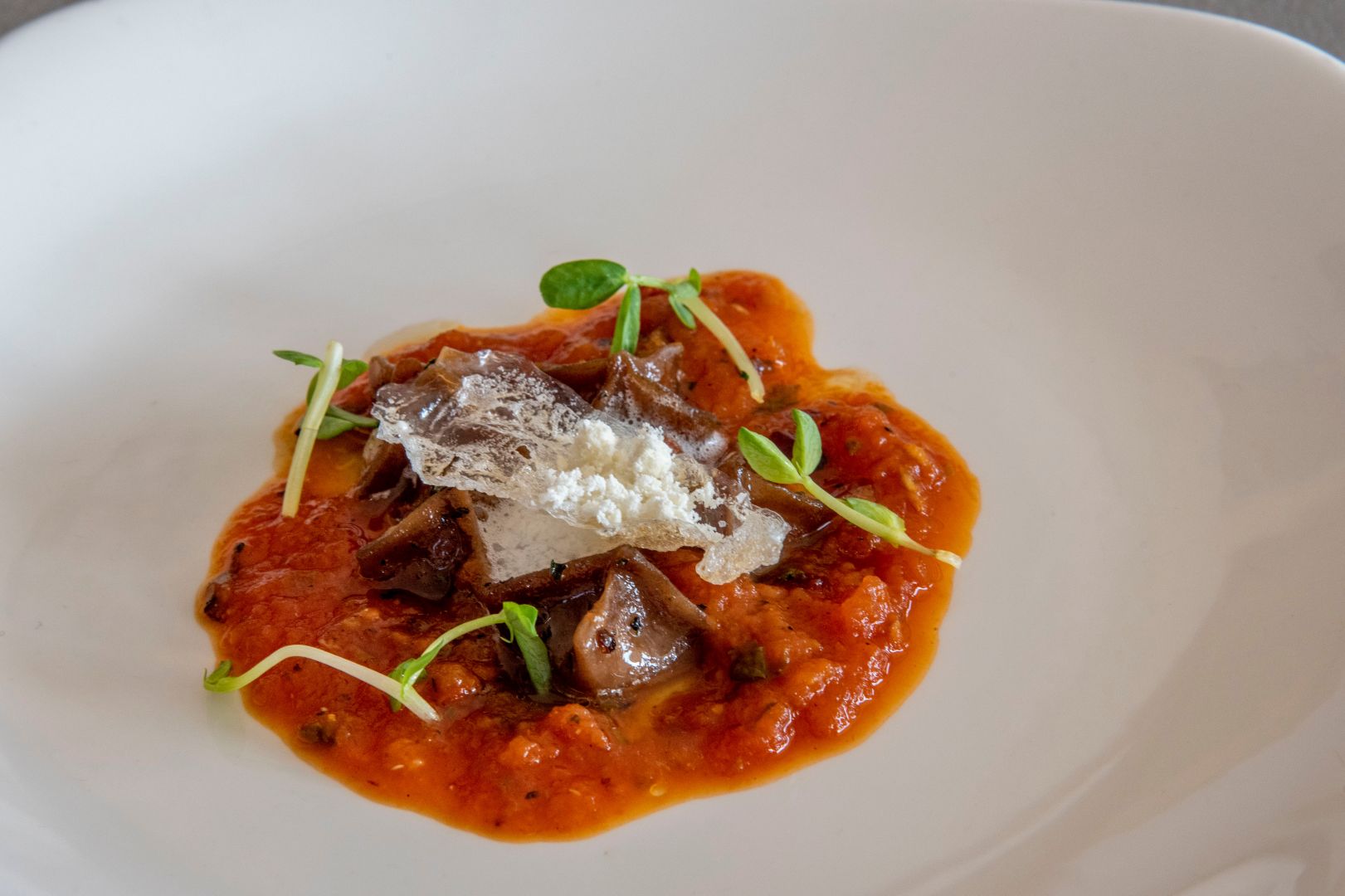 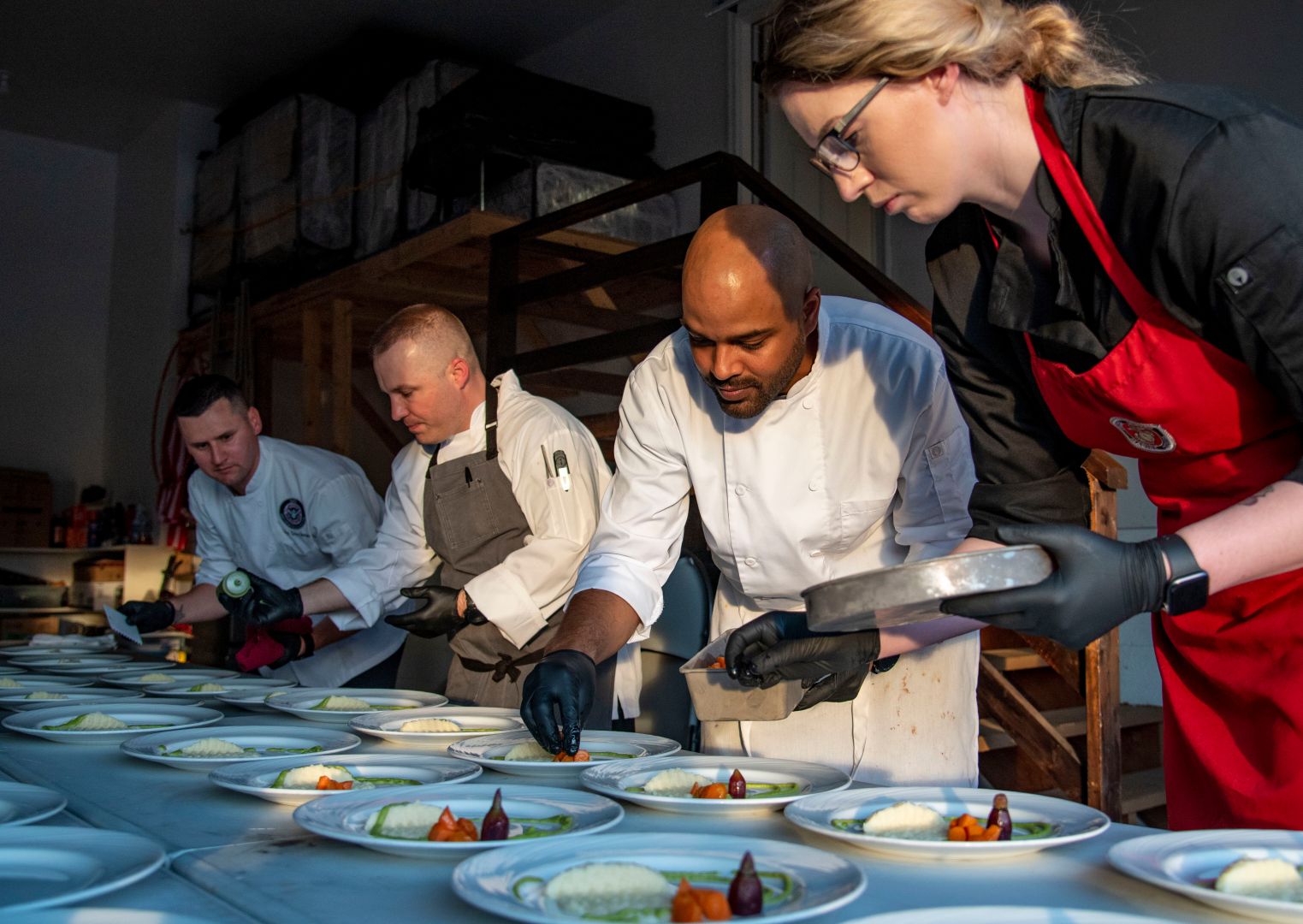 Can you open up a bit about your work and career? We’re big fans and we’d love for our community to learn more about your work.
For much of my adult life I have lived in two different worlds. The first one as a military member and the other working in different kitchens around the North America. I spent the first 15 years of my military career controlling the battle space managing wars, peacetime operations. But, six out of the last seven years of my career I was a chef for a senior military leader. Even prior to these seven years I lived this double life working in many different kitchens in Arizona, Idaho, Canada, Omaha, DC, and finally Baltimore. Five days a week I would do 10-12 hour work days in the military and then drive to my chef/cook job at one of these places. I worked at many kinds of restaurant styles out there, I did fast causal with Olive Garden, I worked in fine dining at Skye Supper club, an Italian restaurant in Boise, I assisted at multiple culinary schools both in the US and Canada. All this on top of being a father and husband to my amazing family. It has a been a busy life for me over the last 12+ years. During my time at culinary school I had the chance to get into the local culinary chapter of the American Culinary Federation. From my time in Arizona I started competing professionally while winning my first medal competing in a competition while I was stationed in Canada. I traveled to Boise Idaho for the competition and was lucky enough to win a silver medal. This would lead to many other medals in hot savory food, a bronze in pastries, and finally a Gold and best in show doing a fruit and vegetable center piece display. I think I can say that I have done a lot in my time as a chef and to tie that in with being active duty military and having to move every year or two has been hard. Having to learn everything in the community all over each time and to try to grow was extremely tough and rewarding at the same time.

If you had a friend visiting you, what are some of the local spots you’d want to take them around to?
I live in Ellicott City Maryland and out here we have a very diverse community. On the main road we have little Korea were a good majority of the stores and businesses are run by Koreans. To go along with this they have a few really great Korean restaurants. If my friend came in to town the first thing I would do is take him to ChoSun Hwaro were we can start off with a little Korean BBQ. The main course would consist of their Baekdusan Bulgogi, in addition to some pork short ribs and a Gyeran Jim which is a steamed egg. After lunch I would take him down to DC to see some of the sites, and museums before we went to dinner. Dinner would be at Al Tiramisu with Chef Luigi, we would sit down to some of his classic Italian dishes from his native land in Italy. Along with dinner we would hang out with Chef Luigi and talk about his farm back home in Italy where he raises a heritage breed of cattle. 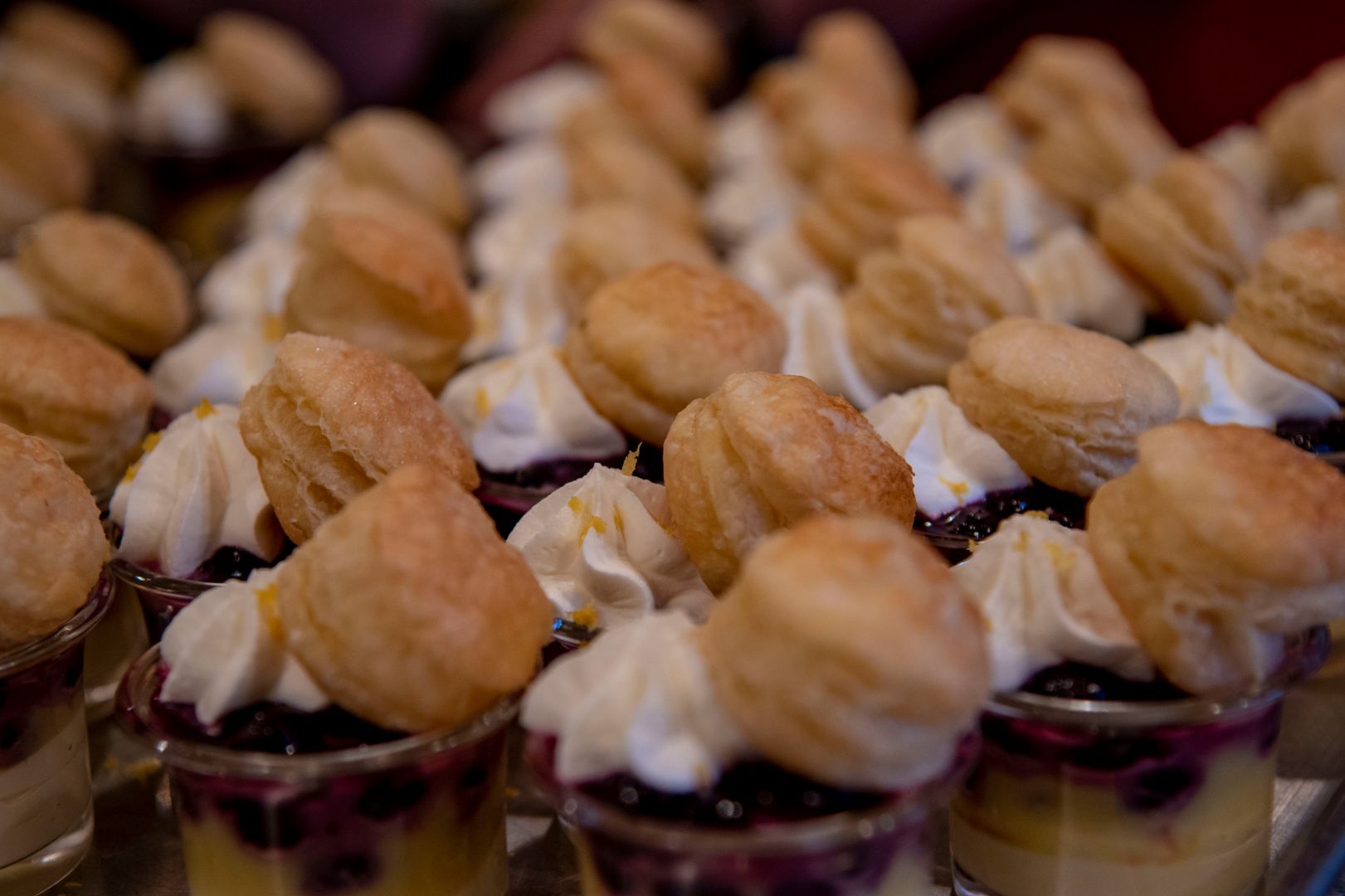 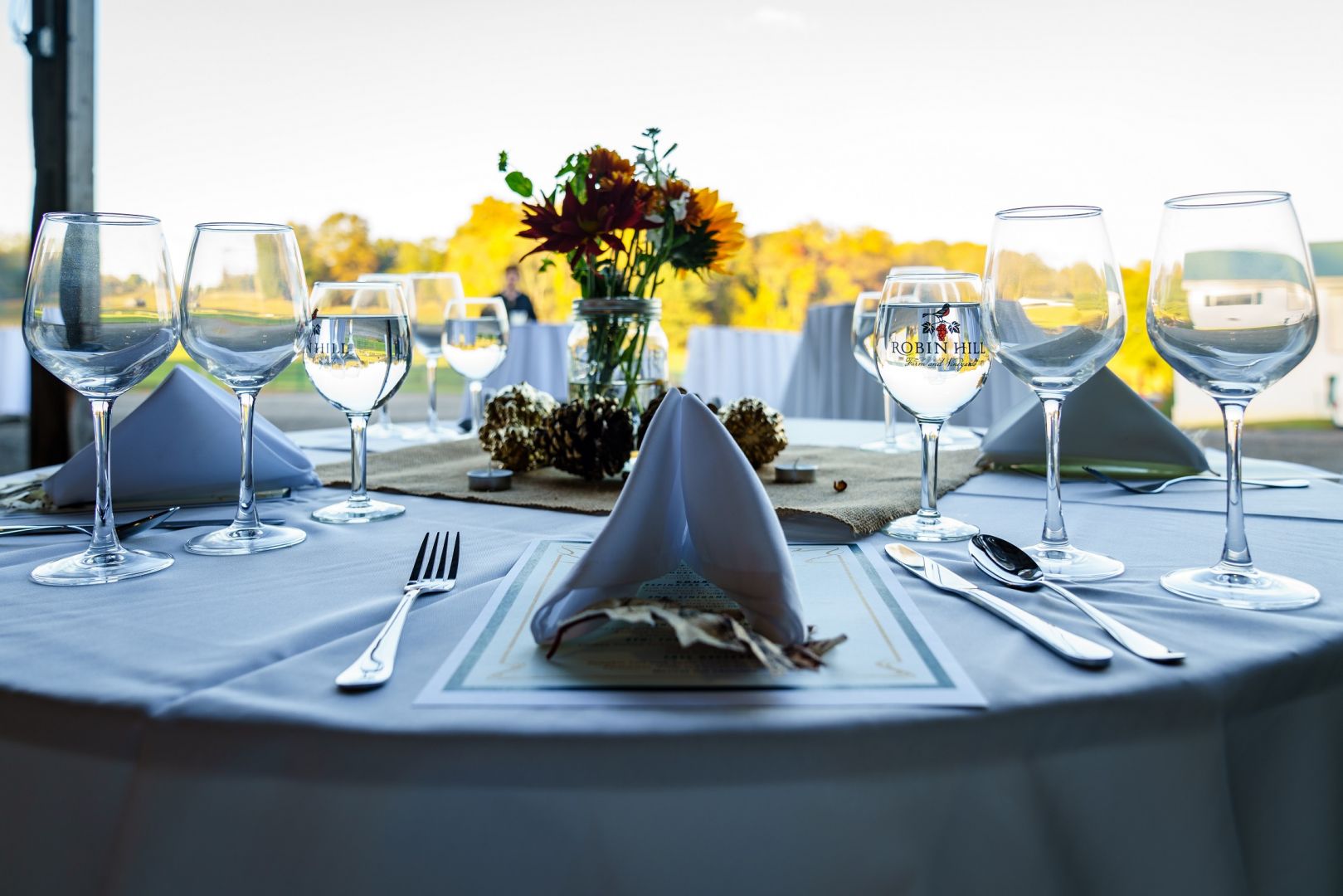 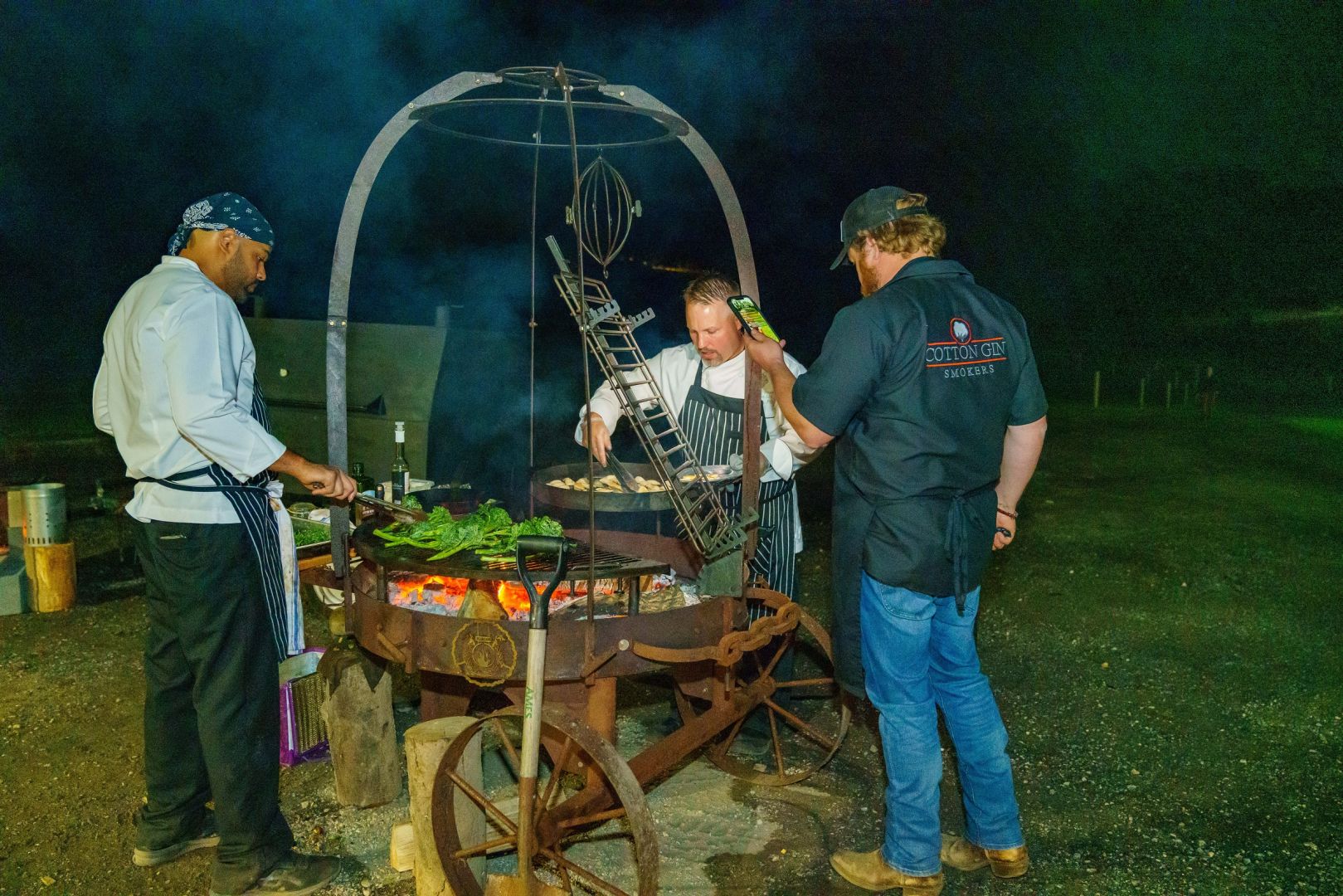 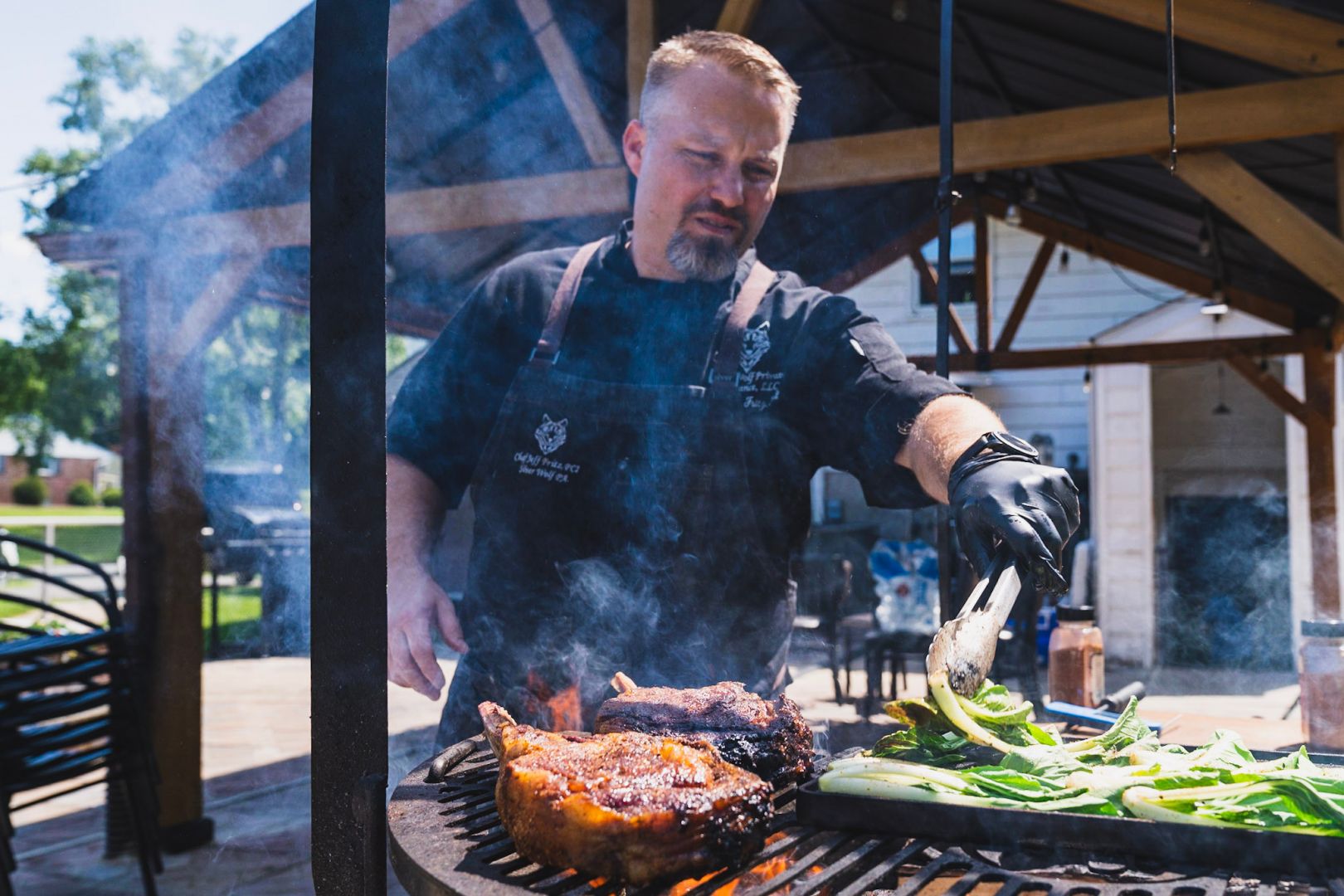 Who else deserves some credit and recognition?
Wow, this is a great question, and they’re so many different people, books, and organizations that I could list here. I think the most obvious would be my wife Faith and my three sons Zander, Gavin, and Nikolai. They deserve a lot of the credit as they have given up so much to be with me as I served in the military. They had to lose me for additional time as we did dinners, or worked on the gardens early in the morning or after work. My business partner Mike Edwards also deserves a lot of the credit as without him being my wingman I could never have accomplished as much as we did. Professionally, two chef’s really took me under their wings and guided me and showed me the right way to be a chef. This married chef couple are two of the most amazing chefs you will meet. Chefs David and Racheal Knickrehm took me in when I was brand new to being stationed in Idaho. They taught me so much about the industry and how we can help those around us. They were the first ones to welcome me into the Culinary Chapter that I would become part of and valued my opinions and made me feel like family. Additionally, they supported me before I deployed and when I came home and had to transition back into home life. I could never thank those listed above enough for everything that they have done for me in my life. There are many others I could and should add to this list which is a benefit that I have had since serving 20+ years in the Air Force. I have met so many amazing people all over the world and learned something important from all of them.

Image Credits
All images are credited to myself and Jon Guzman of Guzman’s Multimedia (www.guzman-multimedia.com)