We had the good fortune of connecting with Grant McMahan and we’ve shared our conversation below.

Hi Grant, have there been any changes in how you think about work-life balance?
Finding a good work-life balance for myself has been tricky, because I don’t always think about the process of making music and playing live as work. There are aspects of it that feel like work, like loading in/out and setting up sound equipment, but the act of playing the music and the creation of the music itself feels like something else entirely. It is hard to label it work because I enjoy it so much, and I feel energized from doing it. It’s electrifying and fun and also kind of terrifying haha. I also work as a bartender and server part time to support myself, so I split my time between that, making music/recording, and lately going to open mics and occasionally playing solo gigs. It doesn’t feel natural for me to sit still for too long, and I get somewhat anxious if I’m not working on music in some way consistently, it’s hard for me to convince myself to slow down and take it easy for too long. I am a hard worker and I enjoy doing things intentionally and passionately, but I feel that rest is something that is really important in maintaining your longevity and avoiding creative burnout. There have been times where I’ve felt myself getting frustrated and less fulfilled with what I’m making and I’ve found that generally what I need in those times is to give my brain a break and just rest and recharge a bit. I think that I’m at my best when I’m well rested and able to give my total attention to what I’m trying to do. This isn’t something that I have always been conscious of and lately I have tried to intentionally give myself time off so that I can manage my energy level a bit better and stay consistent, instead of getting to the point where I’m forced to take a break from being exhausted and burnt out. 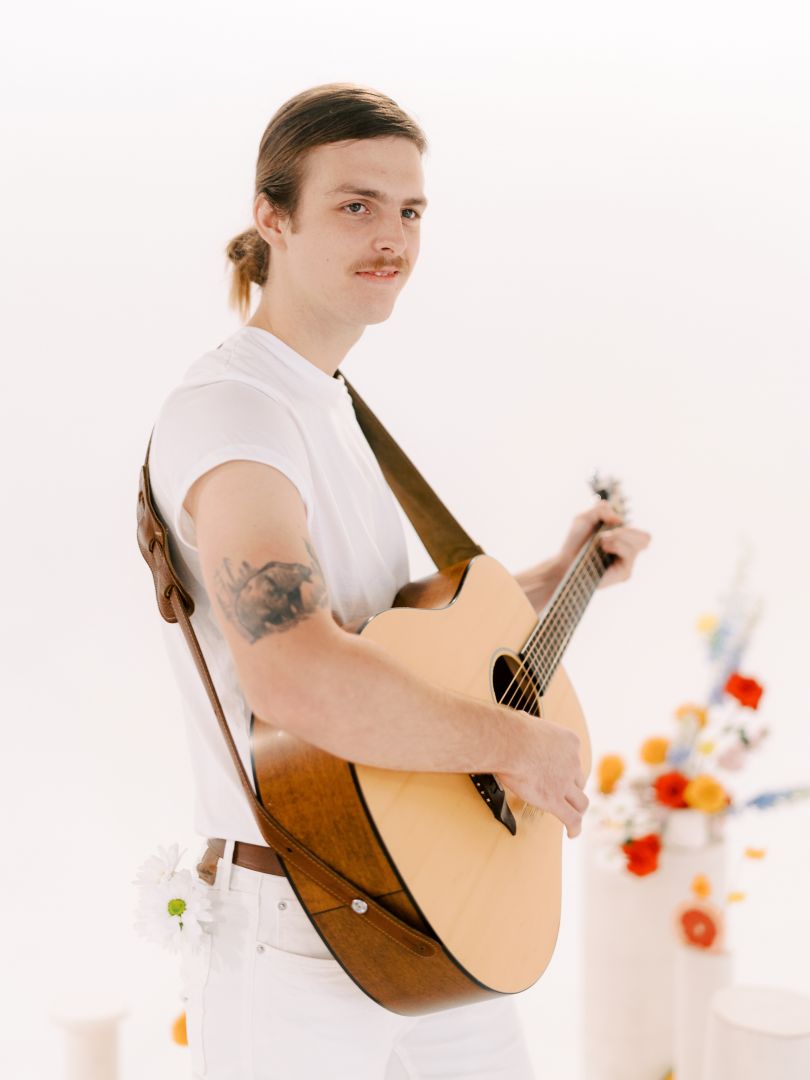 Alright, so let’s move onto what keeps you busy professionally?
I make music as Cowboy Grizzly. Music has been an inextricable part of my life for as long as I can remember, I feel deeply connected and intertwined with it. My music is an expression of myself and it feels somewhat therapeutic to me as well, almost like I am solving a problem or uncovering some little nugget of truth for myself by writing songs. I began playing the drums at an early age and then got my first acoustic guitar at the age of 16. I made a band when I was 18 with my friend, Simeon Williams, called the Black Hills. Simeon recruited his friend and fellow UNT Jazz student, Ryan Parker, to play drums and we met Graham Laird at a show in Dallas and he began to play bass in the band. After playing shows in the D/FW area for the better part of 2 years or so, we went our separate ways musically. Everybody that was in the band then, now releases music independently under a variety of project names. I started recording music with Simeon and released it as Cowboy Grizzly in 2018, and I have consistently been doing so since then. I recently released my second album, ‘growing pains’, after working on it for the past two-ish years with my friend and producer/recording wizard Simeon Williams. It was a labor of love and I am extremely proud of the record, I feel that it is my best work yet as a songwriter and as a musician and I feel that it is some of Simeon’s best work as a producer as well. I don’t think recording is usually an easy process, but this time around it was a bit more difficult due to the pandemic and due to the fact that I live in Austin now and my producer, Simeon, lives in Arlington. We had to originally cancel plans to start recording in March due to the pandemic and just the general level of anxiety and confusion everyone was feeling. We eventually decided to move ahead with the project and to try and do it in as safe a way as possible. I would drive up to Arlington every couple of weeks for three days at a time, steadily adding piece by piece of the record until we had all of the parts in their raw forms. We kept the same schedule of meeting and switched into mixing mode and after several months of these sessions, we completed the final mix and master early in 2021 and settled on the release date of March 12, 2021. This was definitely the most fun and fulfilling recording experience I have had, I have a lot of fond memories of working day by day with Simeon, steadily carving away at the final sound of the record. I hope to bring this record live in 2021 with a full band behind me and I hope that live music can return fully in a safe and responsible way moving forward! 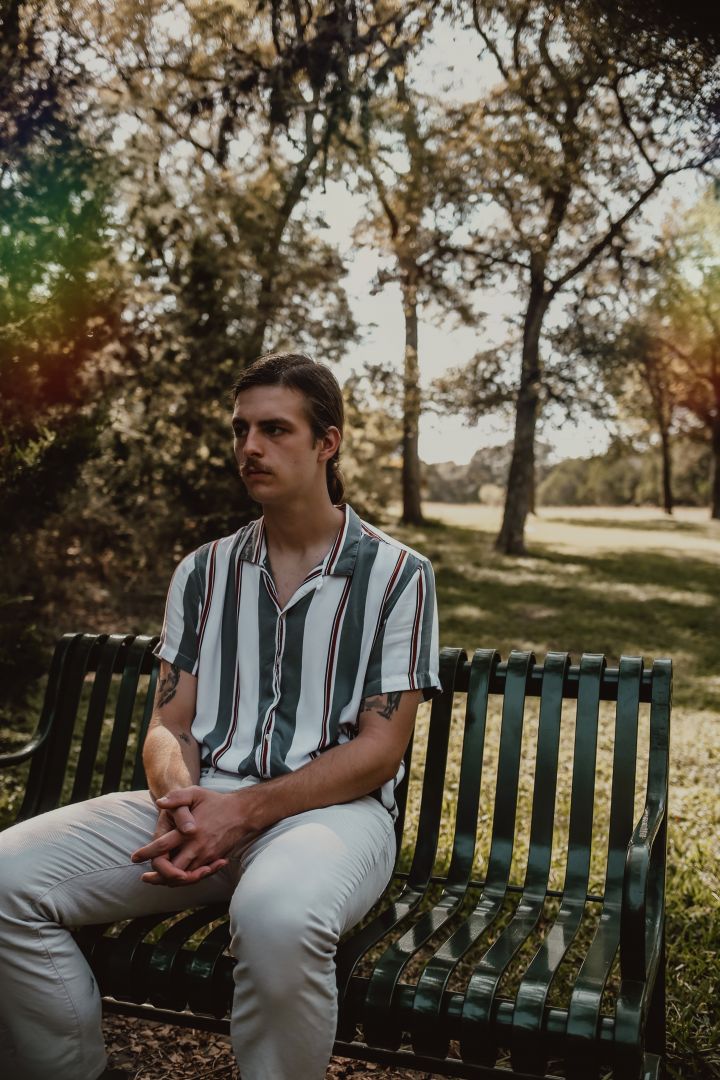 Any places to eat or things to do that you can share with our readers? If they have a friend visiting town, what are some spots they could take them to?
Well I don’t live in D/FW anymore, so I’ll answer for my current city, Austin, Texas! Ive discovered so many great places here in Austin, it would be a packed week for sure. Some of favorite outdoor areas to hang out at are Barton Springs, Zilker Park, Mary-Moore Seawright Park, the Greenbelt, and McKinney Falls. Austin has no shortage of natural beauty and I love spending time outdoors around the city, so we would definitely have to hit up all of those spots. Barbecue is one of the things that Austin is famous for, so we would have to get our hands on some good barbecue. Some of my favorite places for BBQ are Terry Blacks, Brown’s BBQ truck, Loro for Asian/TX BBQ fusion, and Brotherton’s Black Iron BBQ up north. You can’t visit Austin, Texas without getting at least a couple of tacos also, some of my favorite spots around town are Papalote, Con Madre Kitchen, Pueblo Viejo, El Primo, and Fresa’s! There are a ton of great watering holes and bars around town to hang out and get a cold drink at, I love hanging out on the patios at Cosmic Coffee and Beer Garden and The Little Darlin’, listening to some music and grabbing a tea or beer at Opa Coffee and Wine Bar. Sagebrush is a cool country bar that has a dance floor and has live music nightly. One of the best things about Austin is that nearly every bar/restaurant has a space for live music, so there is no shortage of entertainment. You can find great sushi at Lucky Robot, Uchi and Uchiko, pizza at Toss, Via 313, Home Slice, and Pinthouse Pizza. I could really just go on and on with all of the great food in town, but I am going to try and limit myself somewhat here haha. 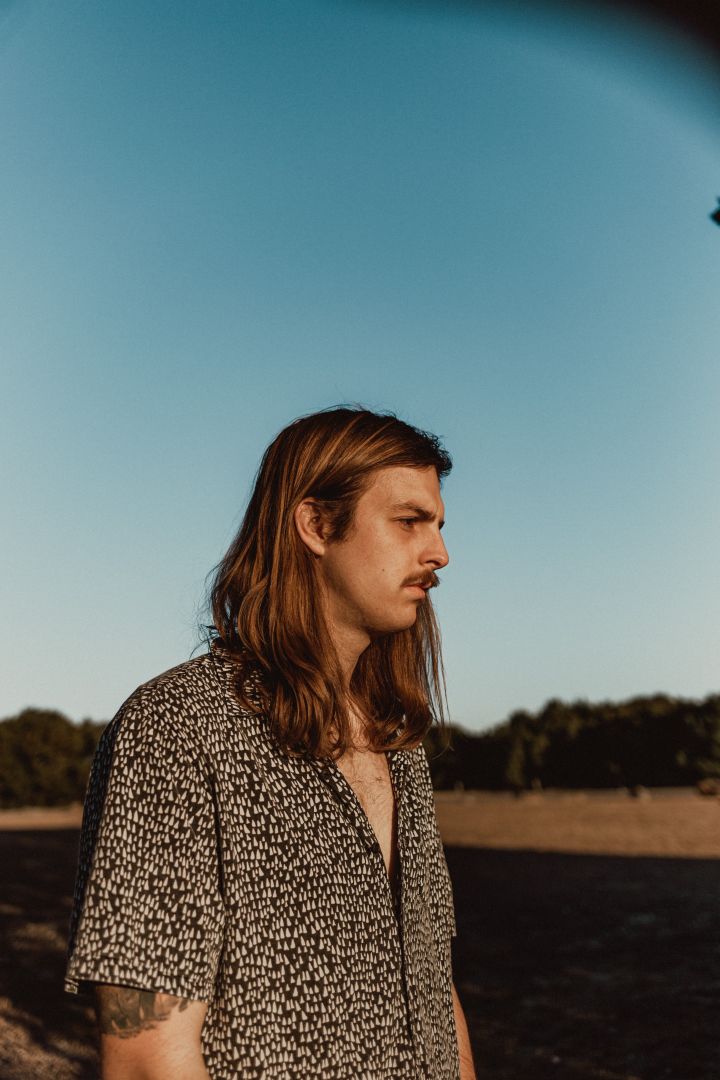 Who else deserves some credit and recognition?
Yes!! My good friend Simeon Williams is an amazing musician and producer as well. We played in a band together for a while and after the band went their separate ways, we continued to make music together and independently as well. Simeon has produced nearly everything I’ve released as Cowboy Grizzly. I would not have been able to make the music that I have so far without him, he has been an amazing friend, collaborator, and creative partner. He releases music as Wild Daydream and it is excellent and uniquely him. He adds sonic depth to my work and the work of others that is unparalleled and he just keeps getting better and better. I can’t wait to continue to watch his creative journey! 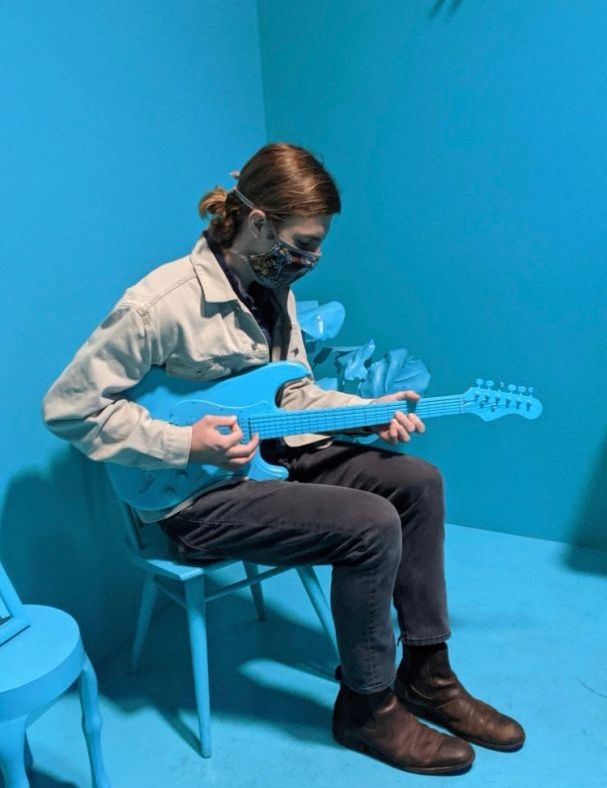