We had the good fortune of connecting with Chance Gibbs and we’ve shared our conversation below.

Hi Chance, can you tell us more about your background and the role it’s played in shaping who you are today?
I grew up in rural Young County, Texas on my family’s ranch that we’ve had since the late 1800s. Our cattle brand, Bar G, is what I named my film and television production company after, Bar G Moving Pictures.

Growing up as an only child, much of my entertainment (when I wasn’t outside) came from the movies.

I have always been horror-obsessed but appreciate all genres. When I stayed with my grandmother, it was old movies and westerns, and at home it was cartoons, comedies, dramas, and horror films.

I graduated high school with 44 people in the middle of nowhere, so I knew my dream of being an actor and a film producer would be more difficult to achieve than it might be if I lived in Los Angeles, but nothing worth having comes easy and with a lot of hard work, and a little bit of luck, I knew it could be attained.

My family always supported my dream growing up, which is one of the reasons I have such a bond to my family’s legacy and the Bar G cattle brand.

They worked hard to make life on the farm work and branded Bar G on cattle, and now I’m taking it on another endeavor that’s off of a cow’s hide and onto a movie screen. 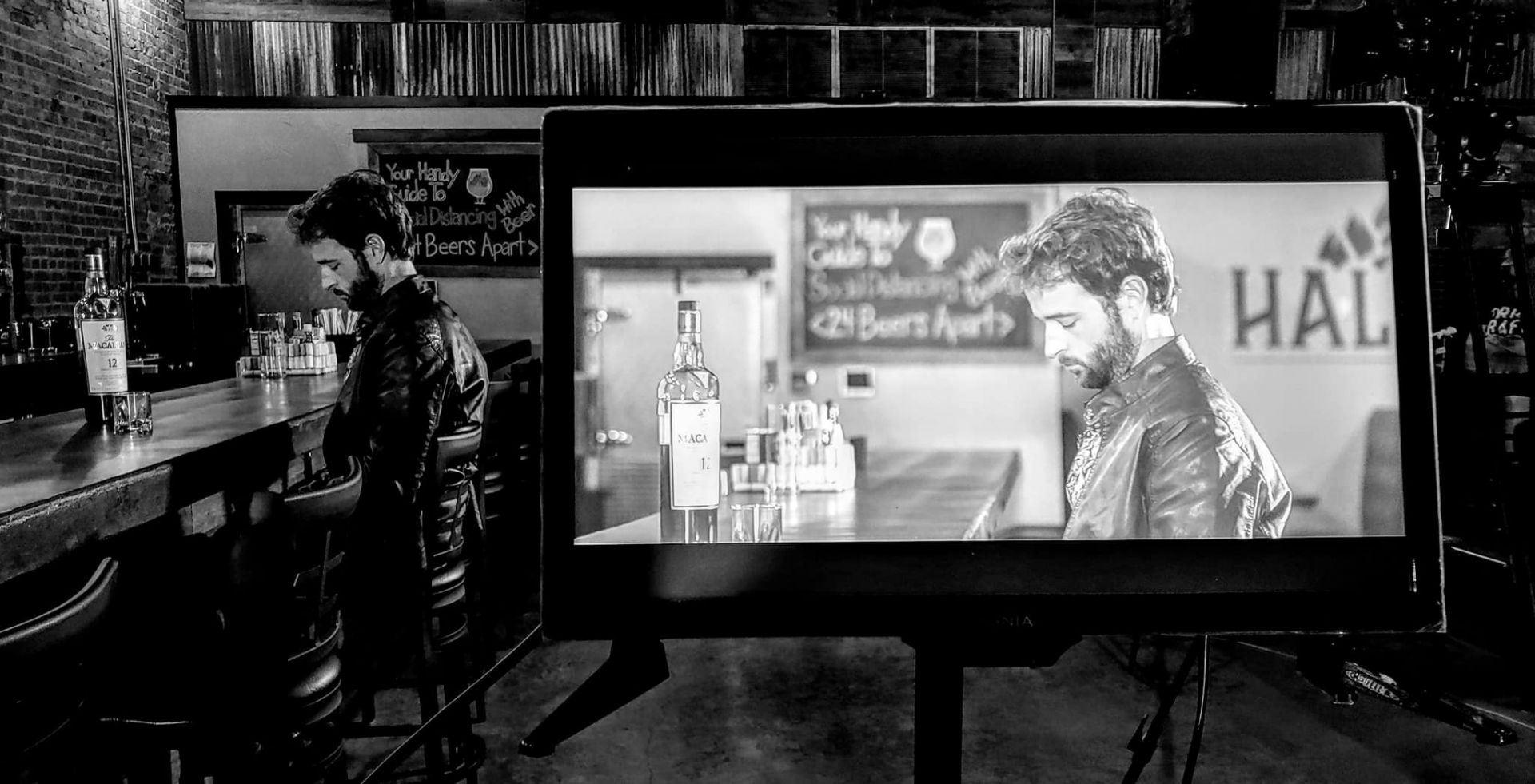 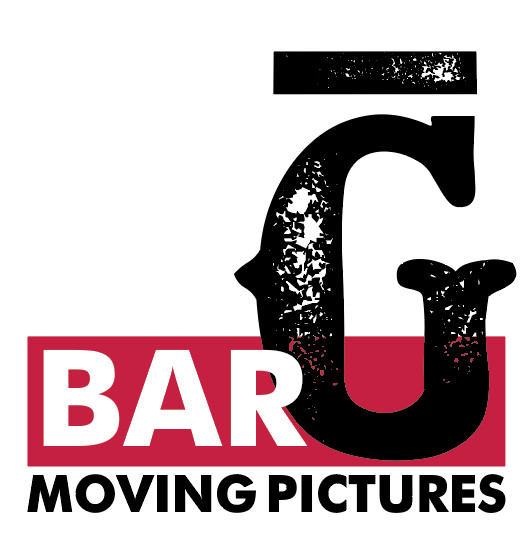 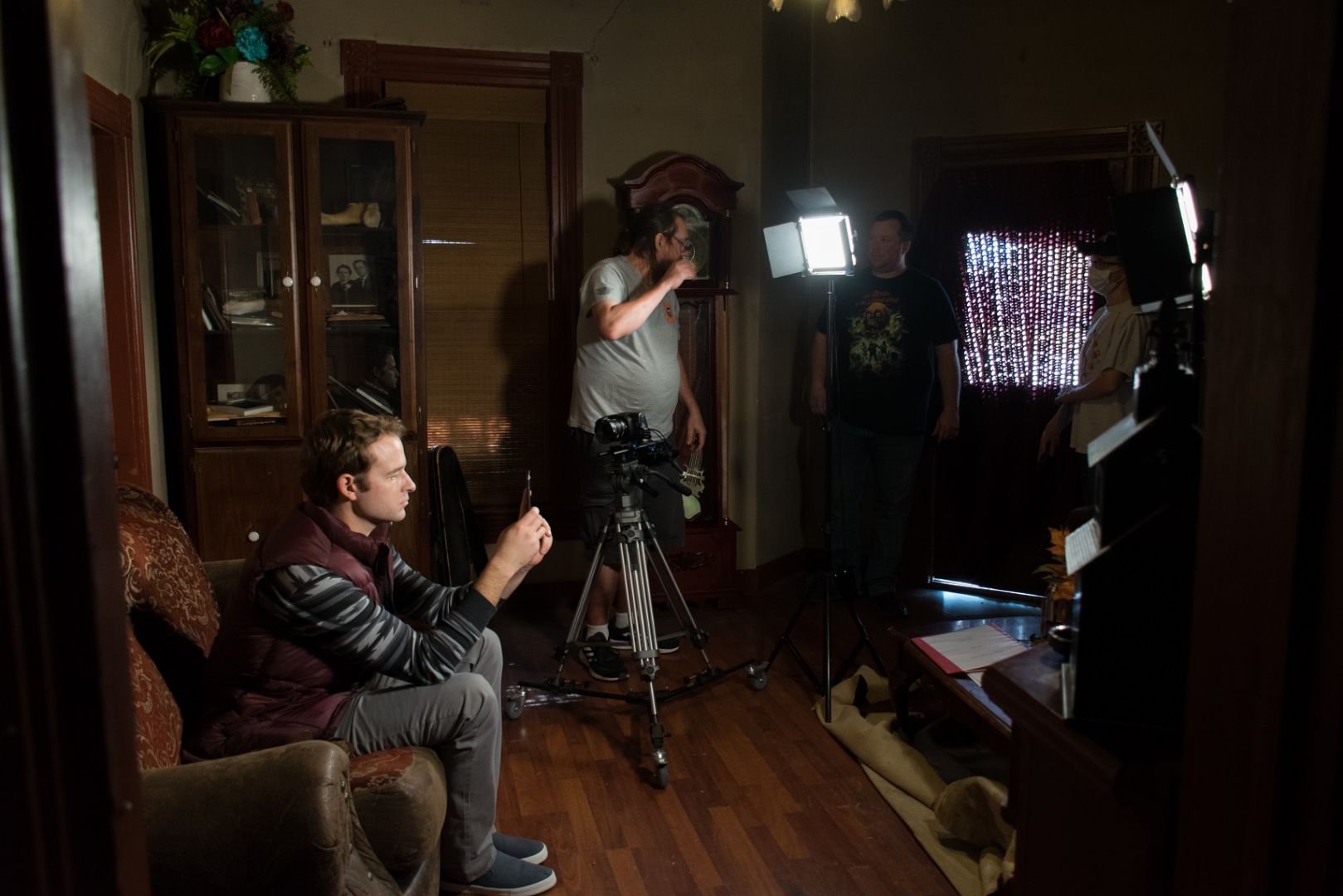 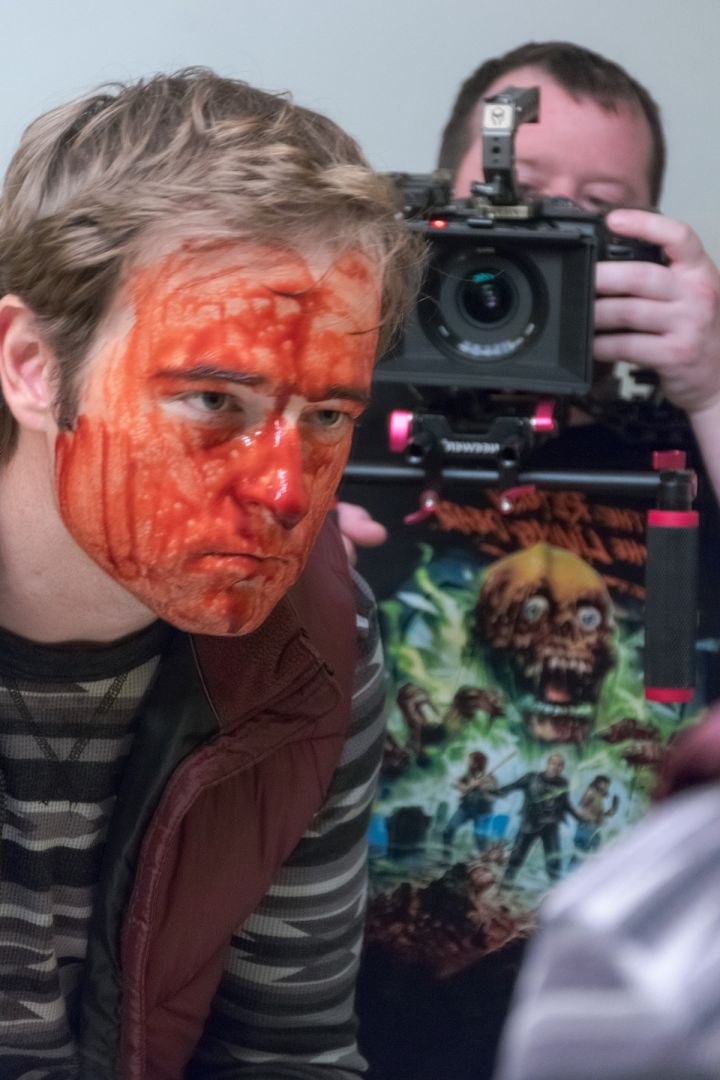 Alright, so let’s move onto what keeps you busy professionally?
Growing up where I did, the only creative outlet for an actor was the occasional production at school. In high school, I would sign up for auditions and always be placed on crew, sparing a couple small on-stage roles my senior year. I know the crew is the most important part of a production, but it wasn’t where I wanted to be.

This pattern caused me to realize that I’d have to work extra hard in life to realize my dreams. Looking back, I’m thankful for the oversight and the missed opportunities. I think they helped fuel my drive.

After high school, I went to college at Midwestern State University in Wichita Falls, Texas, and graduated, with honors, with a degree in Mass Communication.

At the time, my dad was a farrier and one of his customers was Buck Taylor, of “Gunsmoke” fame.

Buck knew I wanted to be an actor and got me a meeting with his agent in Dallas/Fort Worth, Linda McAlister.

I met with Linda, sent her an audition tape of me doing a monologue from “Scream,” and she signed me.

In 2020, I realized that I was done waiting for Hollywood to call me for parts, and I needed to create the roles, and the productions, myself.

I took my dream, combined it with my family’s legacy, and from that Bar G Moving Pictures was born.

Let’s say your best friend was visiting the area and you wanted to show them the best time ever. Where would you take them? Give us a little itinerary – say it was a week long trip, where would you eat, drink, visit, hang out, etc.
I live in Denton, so I’d show them some of my favorite sports here, first.

Komodo Loco for grub, a local patio for drinks, and Alamo Drafthouse for a film (hopefully one of my own one day).

Outside of Denton, I’d take them to Marty B’s in Bartonville (my favorite spot in DFW) and probably to the Texas Theatre to catch a local film premiere.

Most of my friends who visit come from smaller areas of the world, so the limitless fun and entertainment available in DFW would not disappoint. 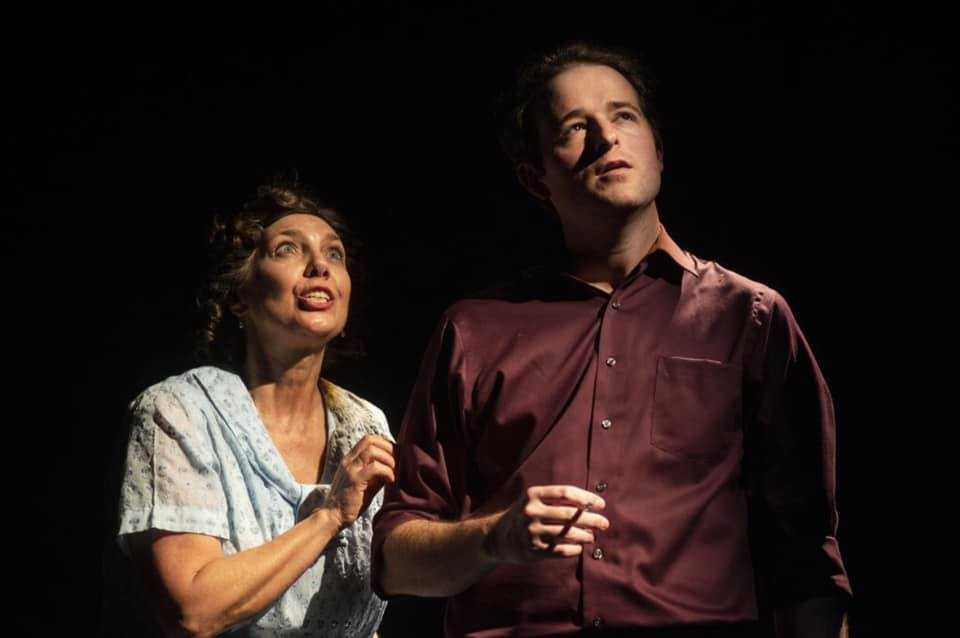 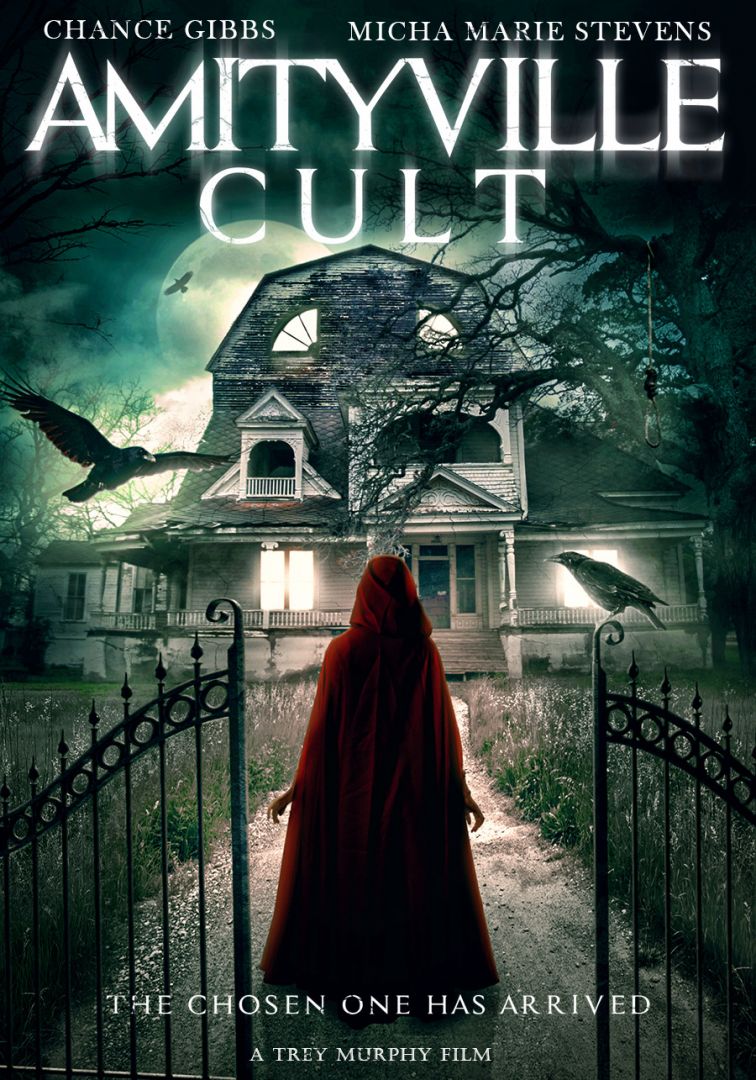 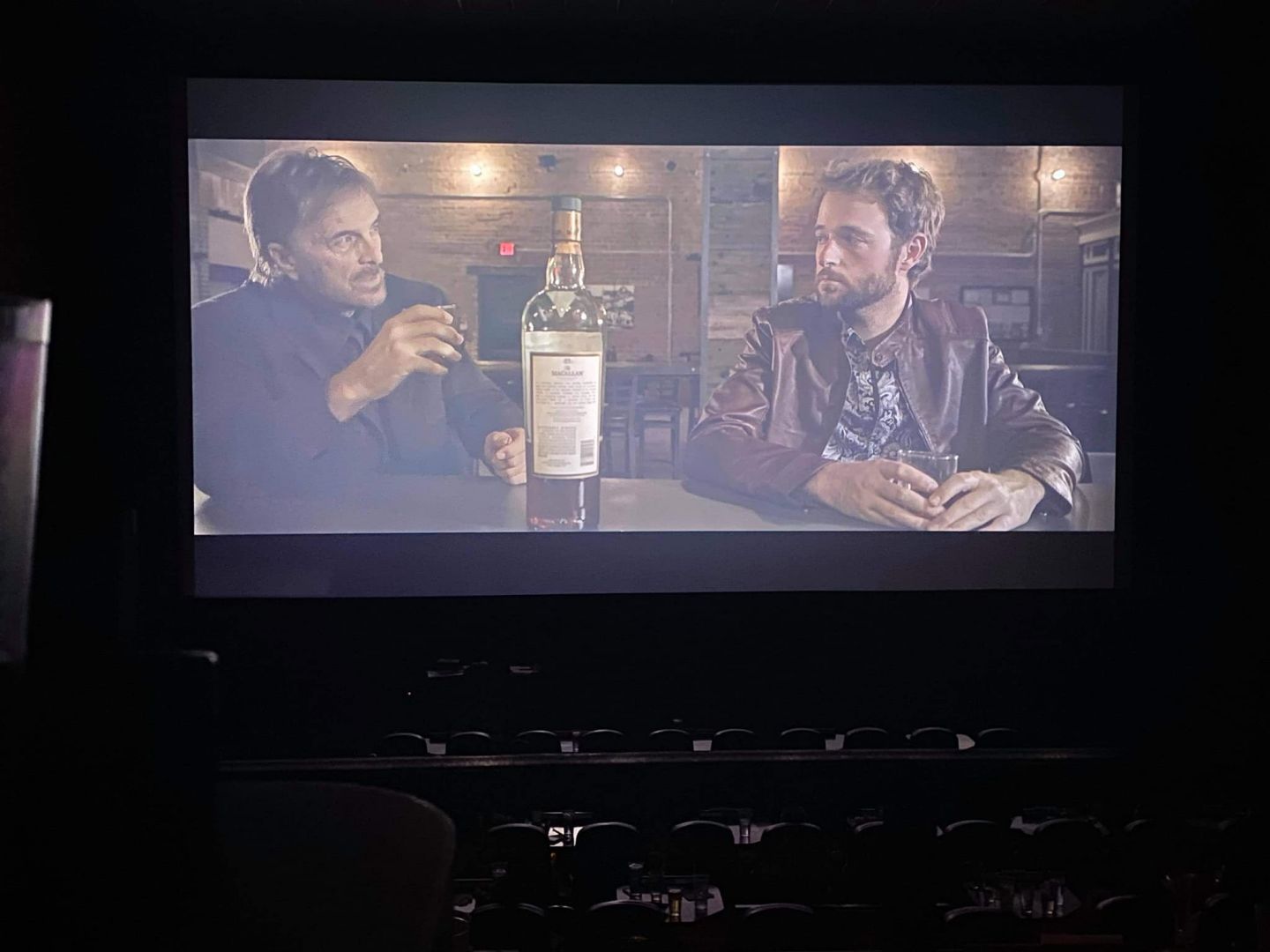 Who else deserves some credit and recognition?
As a child, and to this very day, my family has always supported my dream.

My mom, my dad and his wife, my grandparents, my aunts, my uncles, and my cousins never once doubted or downplayed the lofty goals I had for myself.

As an adult, all of the above, along with my wife Sarah, still support me on this journey.

I am thankful to be married to someone who stands beside me and supports me working through the movie business. It’s tough, has its fair share of downsides, but in the end it’s worth it.

Image Credits
I have publishing rights to all of the photos. Below are the details of the images for the article: Image 1: Bar G Moving Pictures logo Image 2: “Amityville Cult” film poster. This is the first feature film I produced under Bar G Moving Pictures and it’s soon to be released in Walmart stores nationwide. Image 3: This black and white photo is a photo of me on the set of “A Serious Predicament” Image 4: My face is bloody, this is a screen grab from “Amityville Cult.” Image 5: This is a behind the scenes photo from “Amityville Cult” Image 6: This is a shot from the stage production of Tennessee William’s “The Glass Menagerie” when I played Tom Wingfield. Image 7: My bloody face again. This is a behind the scenes phot from “Amityville Cult.” Image 8: This is a photo taken when “A Serious Predicament” premiered in Austin, Texas.