Are you thinking about starting a business? If so, we think you’ll enjoy reading about how these seasoned entrepreneurs thought about the question when they were in your shoes. 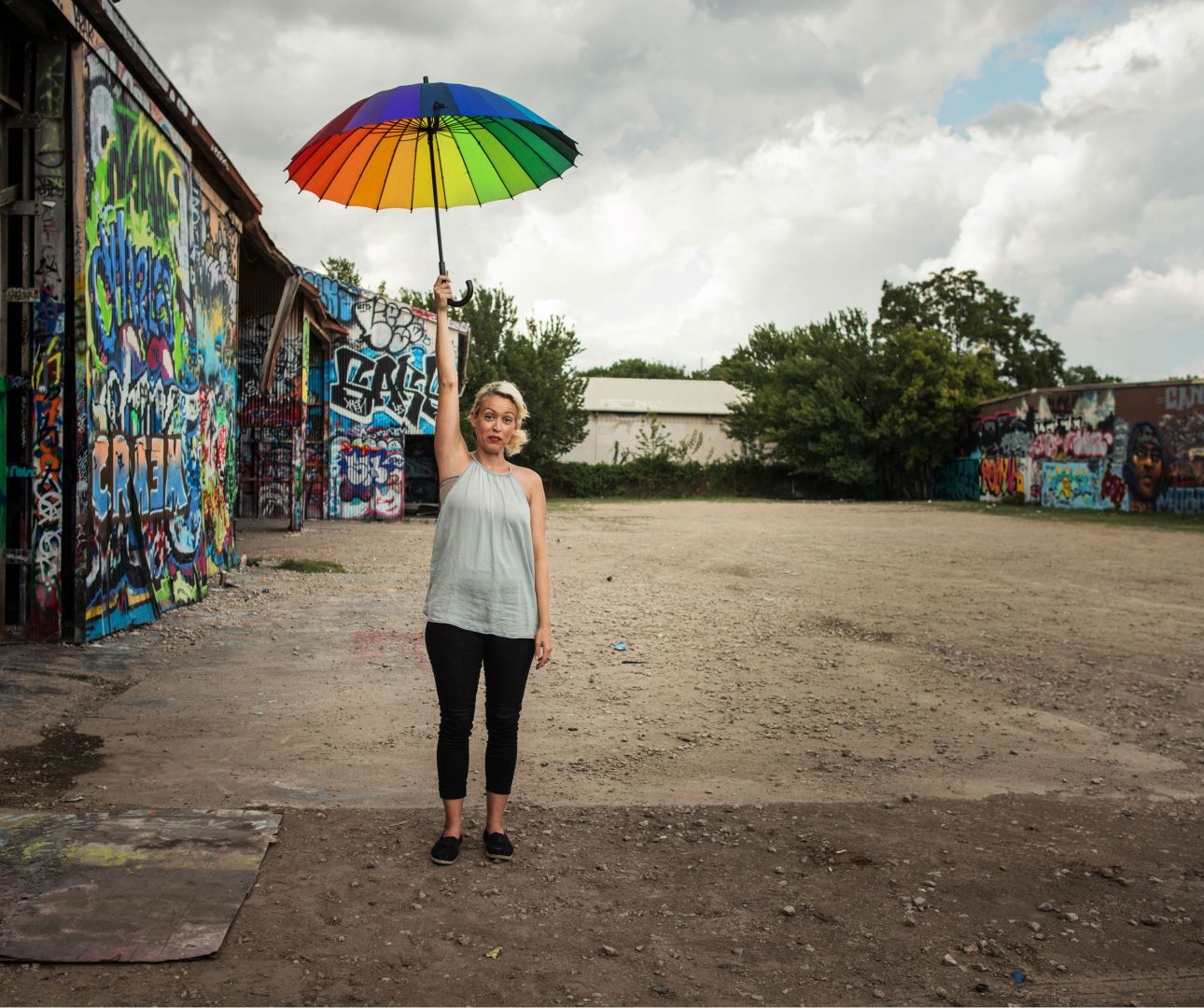 I had been doing improv for about 15 years, and while I knew that improv was fun to learn and to perform, I also knew anecdotally that it was also great for emotional and mental health. Learning improv had improved my life and mental health and those around me. I began to see a lot of research and data that supported the idea that the process of learning improv and using the skills was beneficial to different populations, including those on the autism spectrum, people with anxiety, and those with Alzheimer’s and dementia as well as their caregivers. I loved doing and creating comedy, but there was real, hard data that showed that it was also genuinely good for people. Creating a space for people to learn and practice these skills combined my life’s mission and my career goals in the best way. Unbeknownst to me, my future co-founder Andrea K. Baum was on this same thought trajectory. Read more>> 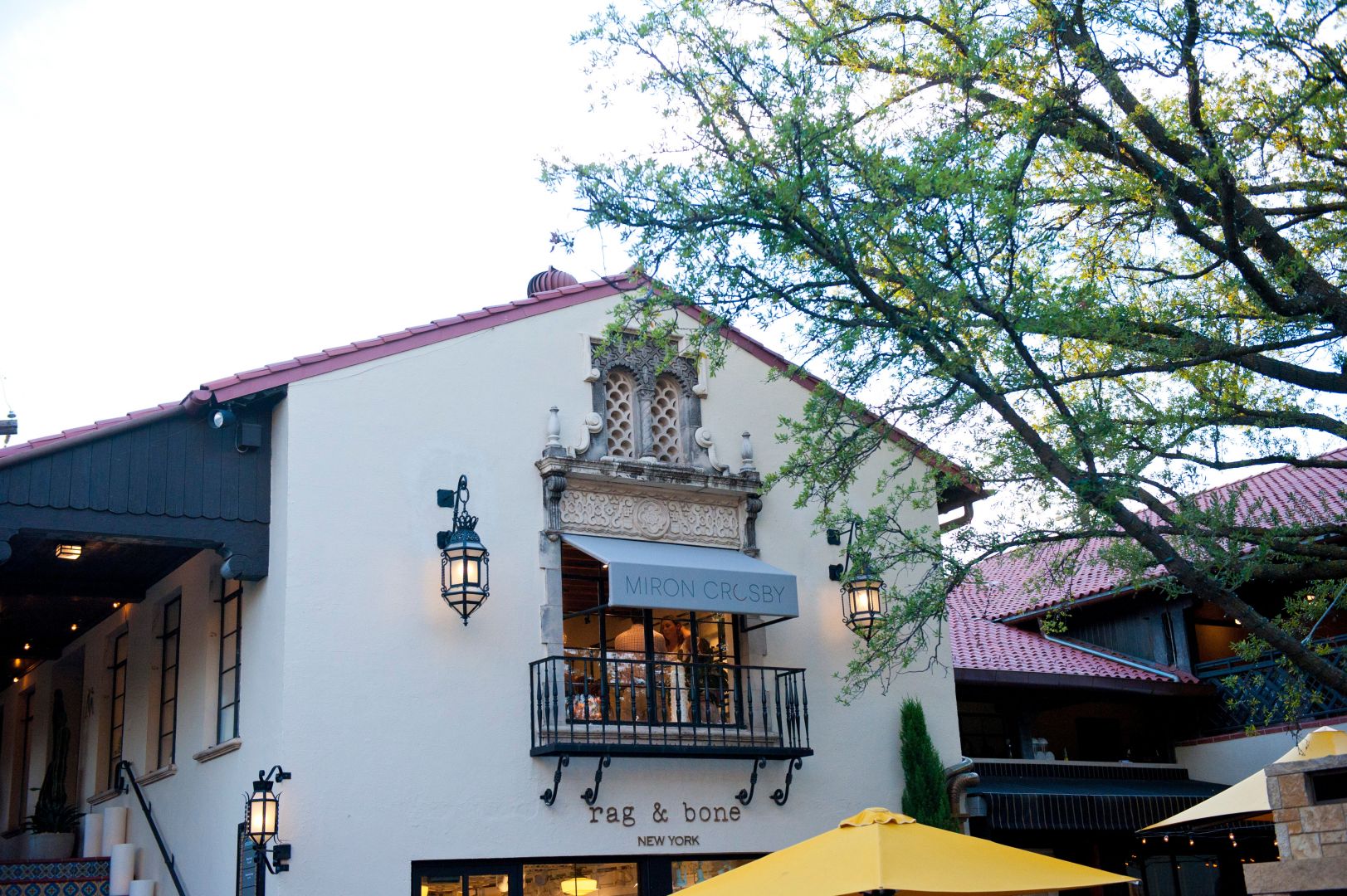 The idea was actually born on the noisy streets of New York City. My sister and I both lived there after college. I worked in finance and Sarah in fashion, and we forever wore our cowboy boots, which we brought with us when we moved from Texas to the city. Strangers were constantly stopping us to ask us where we’d purchased our boots, and after years of telling folks they were custom-made using our own ideas and designs, we realized there was something there. Miron Crosby was born. Read more>> 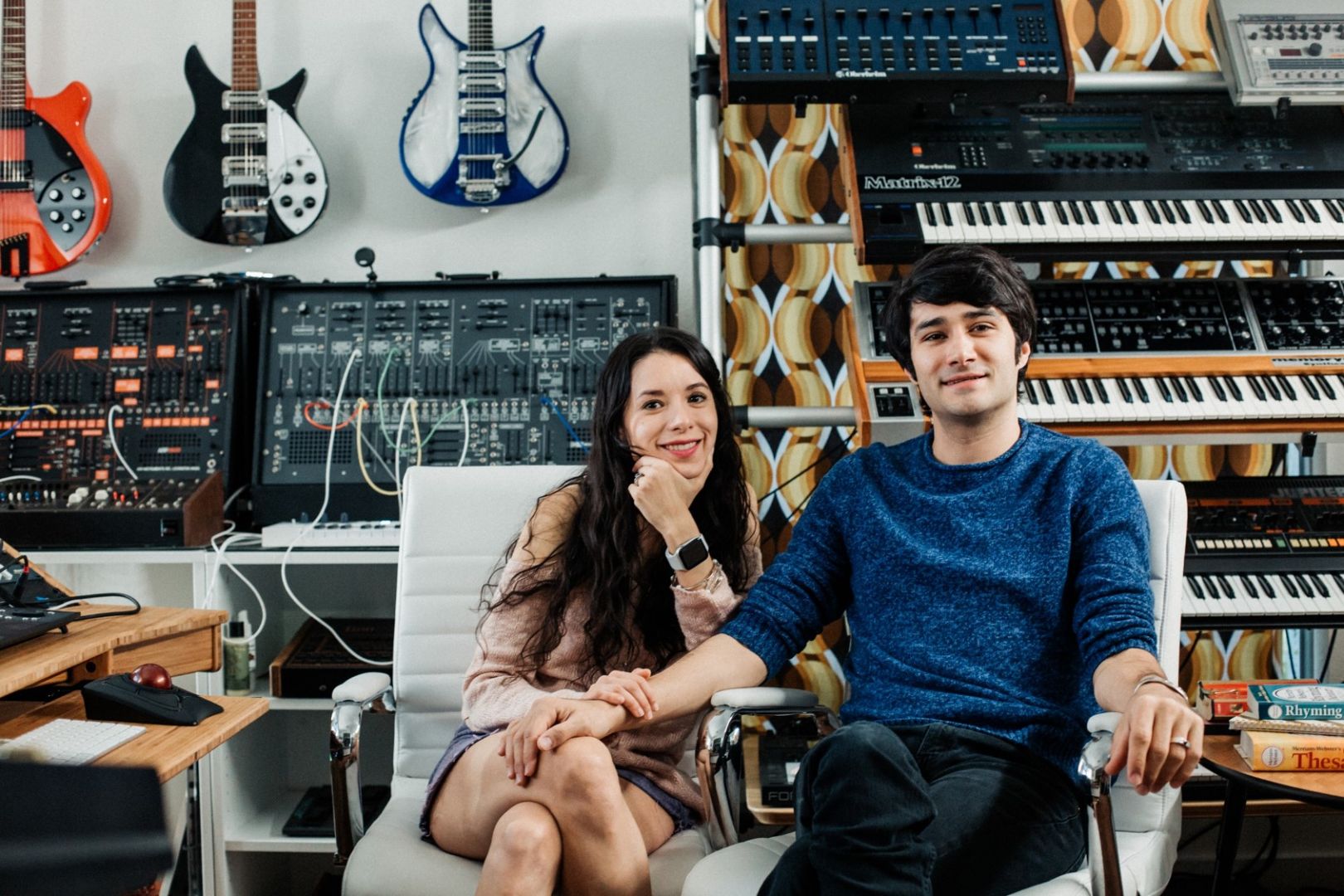 When we first started Kingdom Sound, our live sound company, it began as an Aha! opportunity to be able to serve the Austin community and make additional income with sound equipment we already had for our band. Jonray had worked in the restaurant industry prior while I had worked in the hospitality industry. We had both been exposed to the events industry in some way or another and had audio and performing experience that helped us adapt to the live sound industry. We learned along the way and started with a small pa package. After several gigs, it dawned on us that we could use our trade talents to grow our business, so we began recording friends and anyone who would allows us to stick a mic in front of them with our existing equipment and came up with a business plan to expand our business as well as continued education to further our skills. We liquidated everything we could and with some family support we were able to re invest into our studio and add an extension called Moon Lab Studios. Read more>> 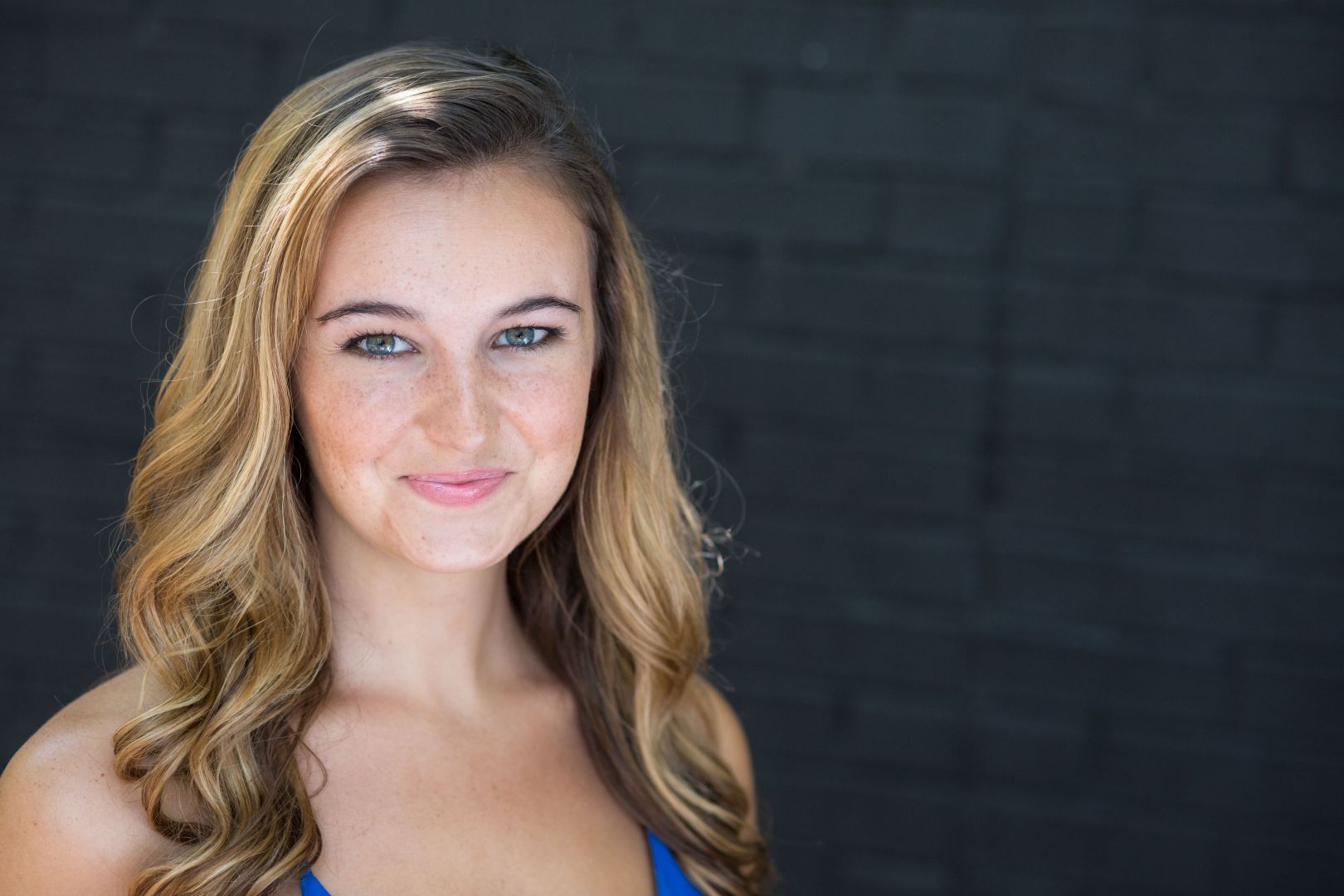 Theater and the performing arts has been my greatest passion since I was 7 years old. When I thought about my future and what it would entail, the part that was crystal clear was that there was nothing else that I wanted to do every single day. The most obvious path to that goal was to get my degree in Acting and head straight for New York City, but as I sat in my closet sized dorm room my Freshman year of college and contemplated the question of my “survival job” (the one that would pay the bills between performance contracts if I was lucky enough to land them), I started to contemplate if that obvious path was the only one. That got the wheels turning. How could I make a living doing what I love to do every day? I began pursuing a minor in the College of Business to accompany my major in acting and set my sights on a way to combine the two. Aside from marrying my wonderful husband, opening the Acting Studio Rockwall was the easiest “YES” of my adult life. Read more>> 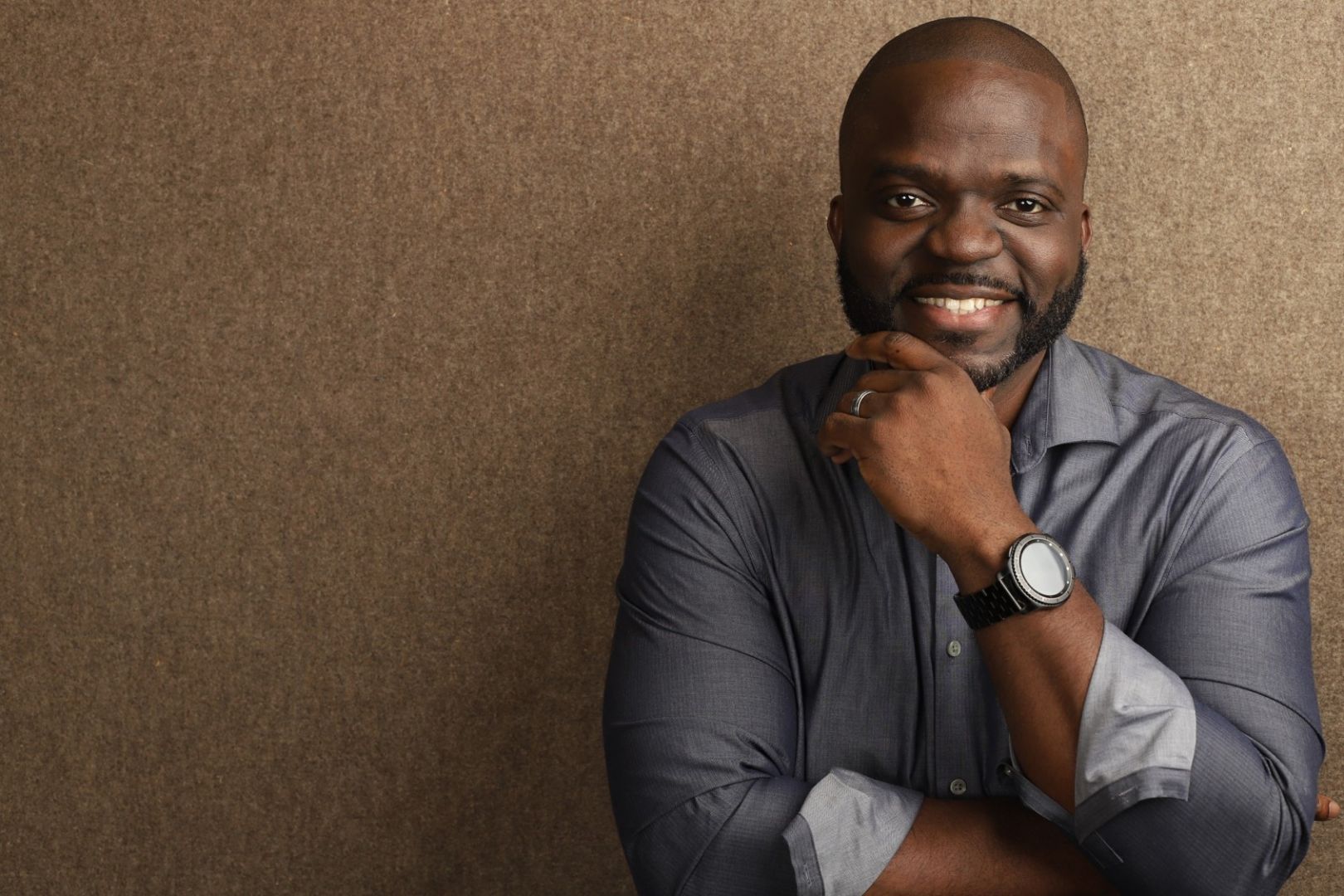 Depending on the source, you will find statistics about how small businesses fail or cease operations get higher the longer they are in operation. Most statistics identify business mentality, accounting, and Human Resources issues as the main reasons for these closures. So when I was thinking through the opening of PRIMUS, it was to counteract these pain points of business owners. Giving them a team of business professionals that will take over all of these essential business tasks and provide business owners more time to concentrate on their core mission., reducing the probability of closure. Read more>> 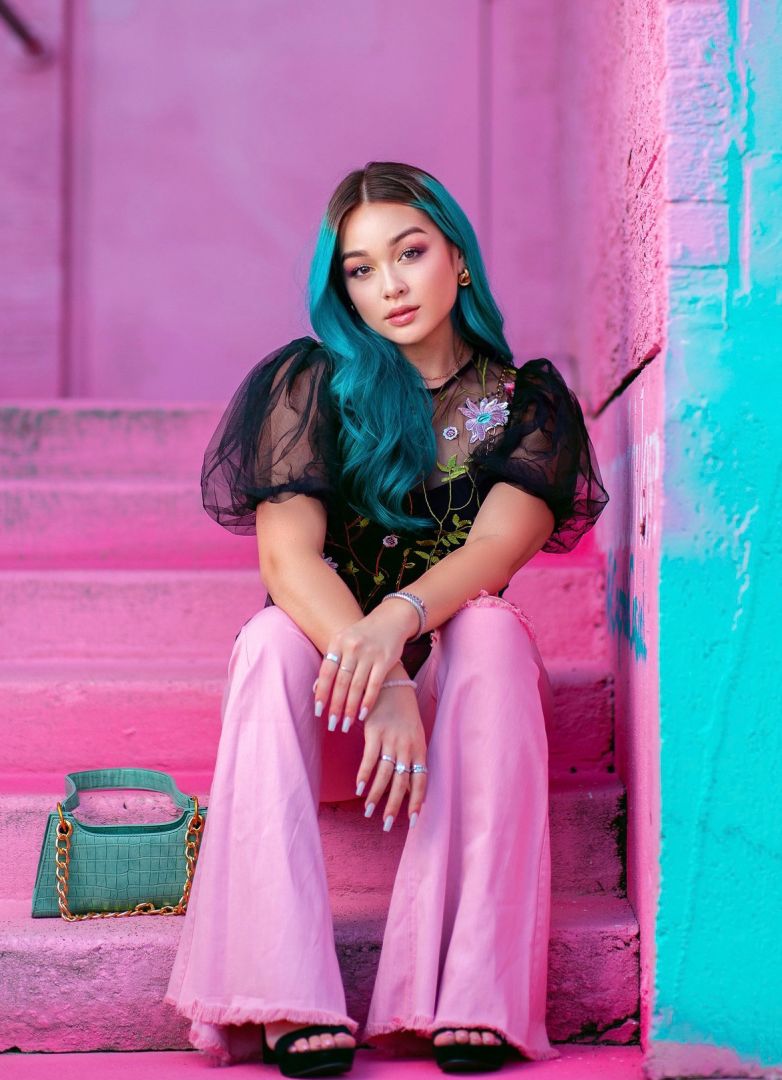 I wanted to not only create myself financial freedom. However, I wanted to create a brand that helped empower women to remember their self worth and value. To help others understand that we all have our bad days but we don’t have to sit & wallow in pity. Read more>> 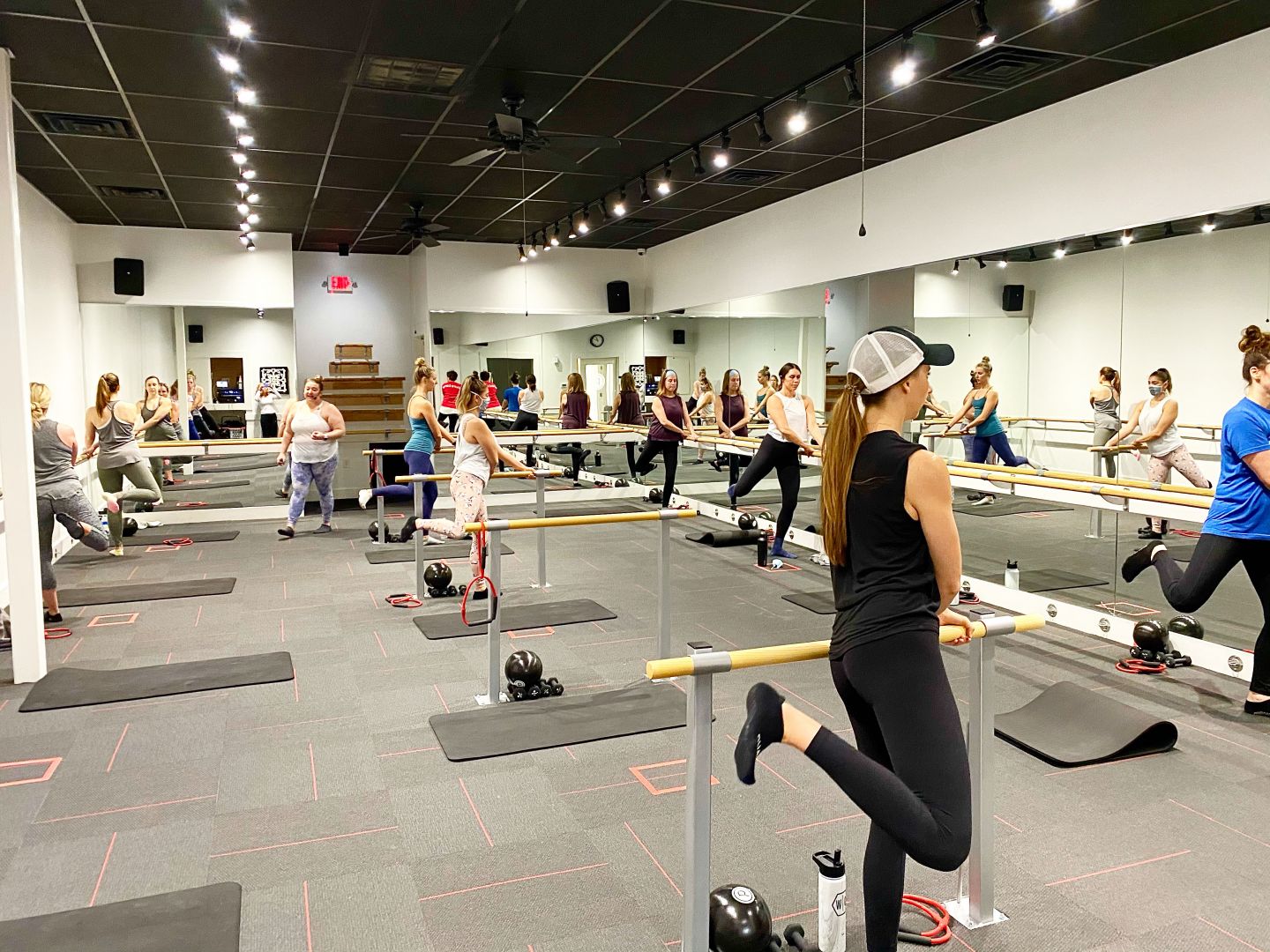 I was on a completely different career path when I started taking Pure Barre. I had grown up dancing and missed it so much. When I saw the sign for a Pure Barre I knew I had to try it. I became obsessed with the technique and fell in love with the community of amazing women. After becoming an instructor, I was still looking for ways to add more Pure Barre to my life. At that point I realized I wanted to be a studio owner. I was lucky enough to come from a family of entrepreneurs and I always wanted to own a business. When Pure Barre came into my life it was the perfect fit. Having the backing of a Franchise as a first time business owner was invaluable and made the decision to become an owner easy. I am so grateful to our corporate team for always supporting me. Read more>> 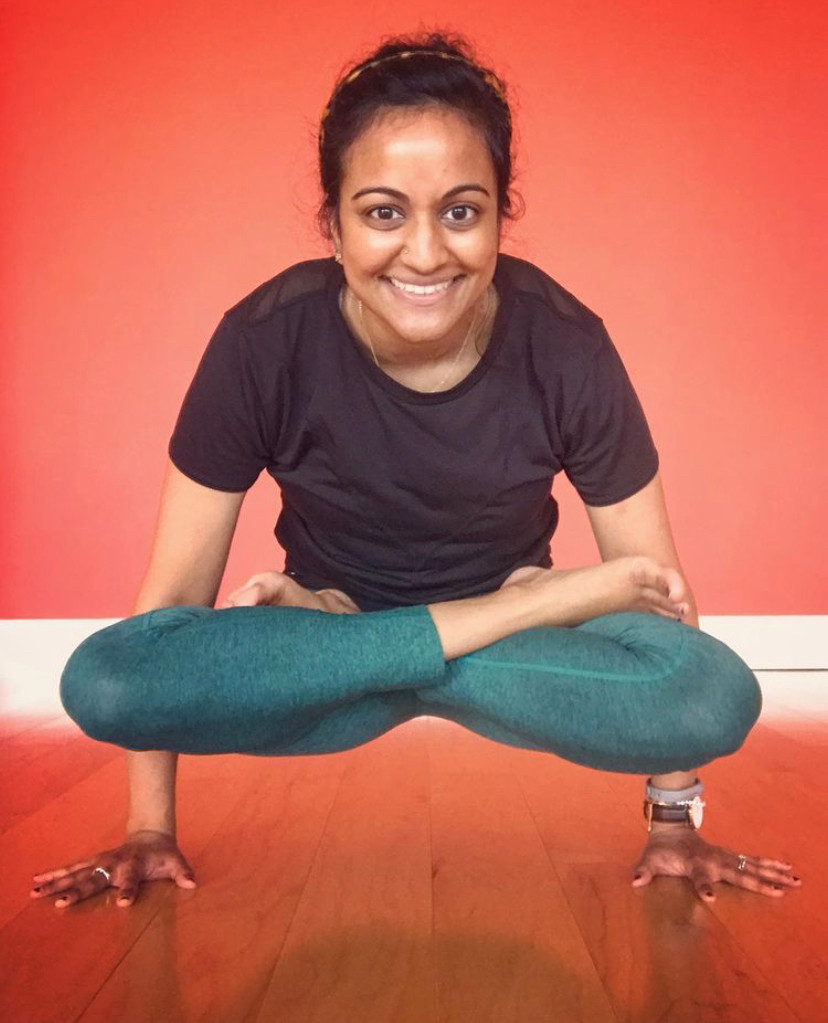 I think a lot of yoga teachers have the dream of starting their own yoga studio, and I have always loved the idea of creating a yoga space of my own. When the pandemic completely interrupted the traditional yoga studio model and I stopped teaching in-person classes, it forced me to reassess my goals as a teacher, including the long-term goals I had put off for the future. There is a saying that I think about whenever I want to start something new: pefection is enemy good. There have been so many times that I had let the goal of perfection stop me from doing something I wanted. But the more I thought about it, the clearer it became, and I decided to get out of my own way and just start. So last year, I began providing virtual offerings through Instagram and Facebook, and in May, I finally took a leap of faith and started my own YouTube Channel: Sireesha Yoga. Through the Sireesha Yoga channel, I am creating the yoga space I have always wanted – one that is inclusive, that makes yoga accessible, and that focuses on the other limbs of Yoga, not just the physical practice. Read more>> 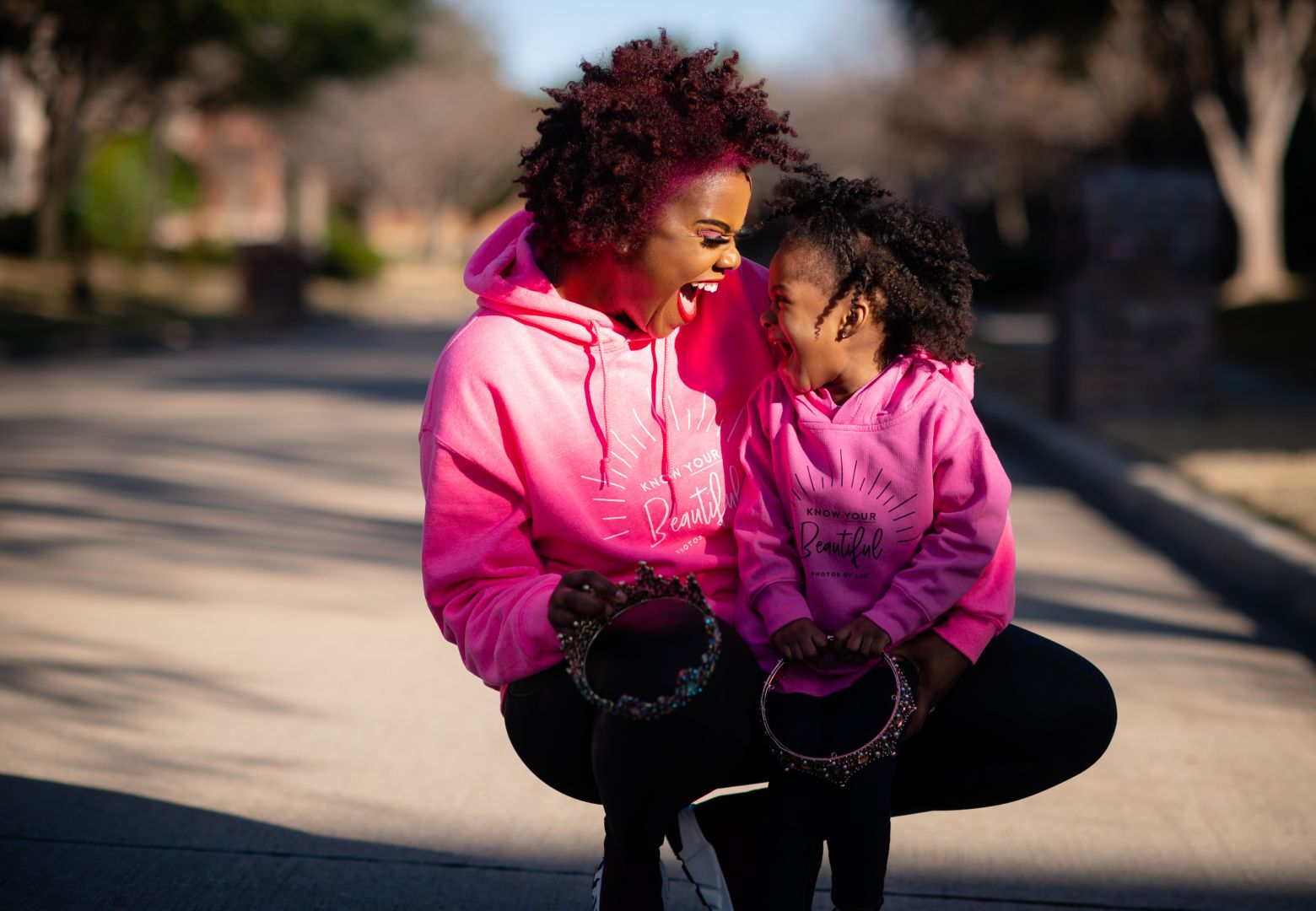 For the Know YOUR Beautiful Women’s Empowerment campaign, I wanted to create a space for women to feel inspired to love themselves as they are through portraiture. Actually, to make them feel like QUEENS (even on their worst day). I needed women to own who they are. I needed to see a space where everyday women could come together and go through shit together. As a woman, I know too well, what it feels like to not love what you see OR hear what everyone else is saying. We become so consumed with everyone else’s projections placed on us. I also needed to create a space to guide teen girls into becoming better 20 something year old women. You know, being for them, who I needed at their ages. I had no idea that I’d have a daughter, but I did have a son when I started this campaign and I wanted him to know how to treat women. Now that I do have a daughter, every attempt I make to create a ripple in life, I think of her first. Read more>> 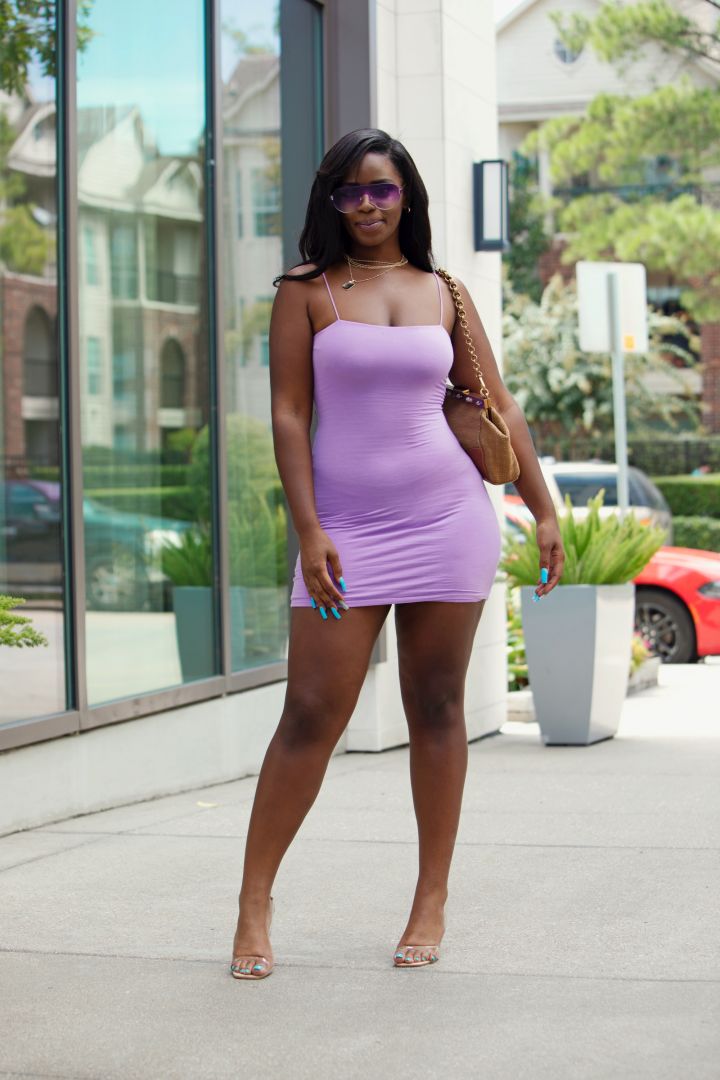 I started Urban Glimpse in 2016 after having the honor of working on my first major music video Flex Ingrid ft Sevyn Streeter. I decided to pursue P.R. while attending Lamar University; I decided to curate different shows throughout the city. I started with artist showcases featuring local artists, painters, and black businesses. I had about eight events of my own and partnered with different creative brands to bring other events. These events help me establish a name for myself, but I knew I wanted to do more. I was blessed to have the first-hand experience on what the real music business is and how a major label can steal artist talent & not give proper credit. Having this experience drove my focus on Public Relations and curating different events for timeless artists. I want to be a connection between artists and primary media sources. After finding a team that genuinely understood the industry, Urban Glimpse was born a brand that transcends lifestyle and culture. Read more>> 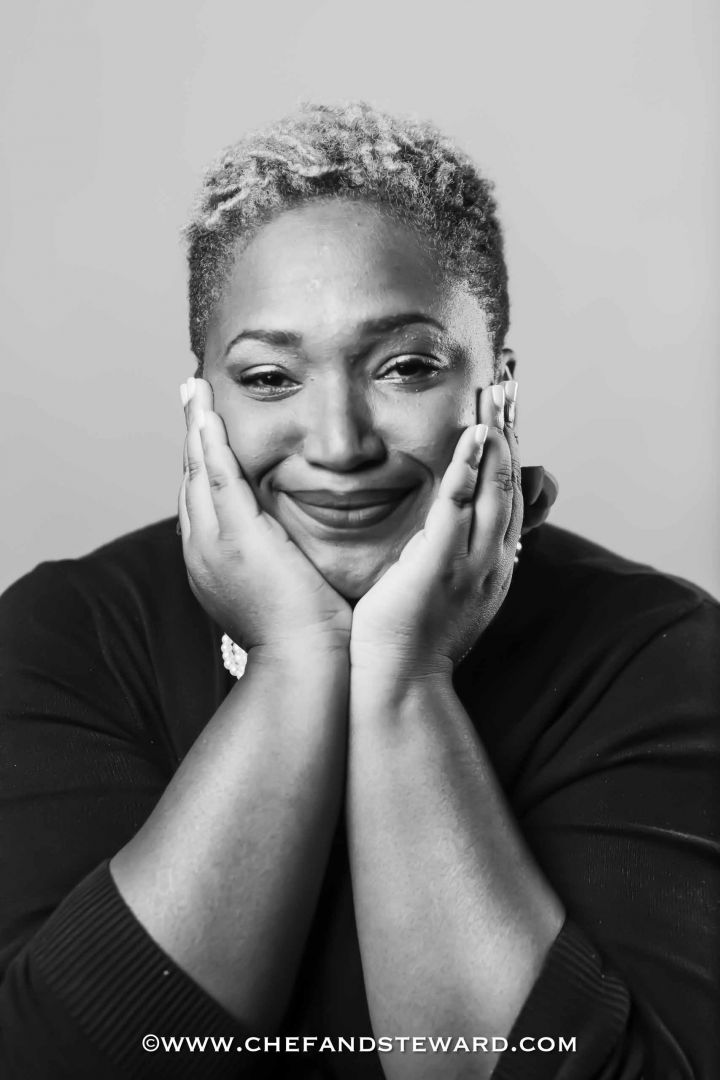 I wanted to be able to work, using my very unique set of skills to earn and be self sufficient. I am a growth coach and I have been blogging for 10 years. I help people tackle self-limiting behaviors and grow in all areas of their lives from the personal, spiritual, business to financial. The aim is to work towards being able to have more to give as well. You, being, being blessed to BE a blessing. Read more>> 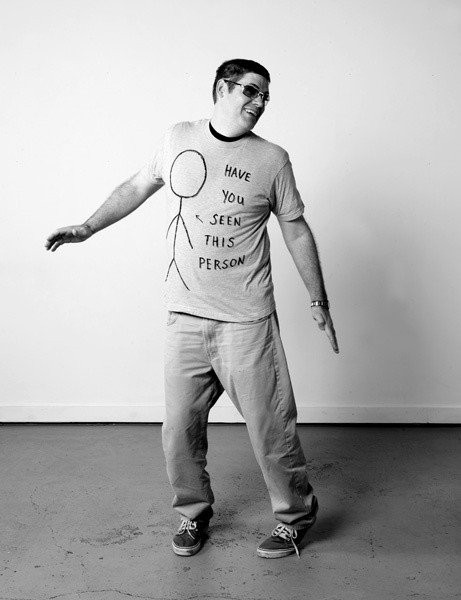 I don’t think of my art as a business, although I’ll acknowledge that it is. My thought process was that I was born with a voice, and had the choice to make a noise with it, or not. So I have followed where my voice has led me, and honed the message I was wanting to express with it via my art. Read more>> 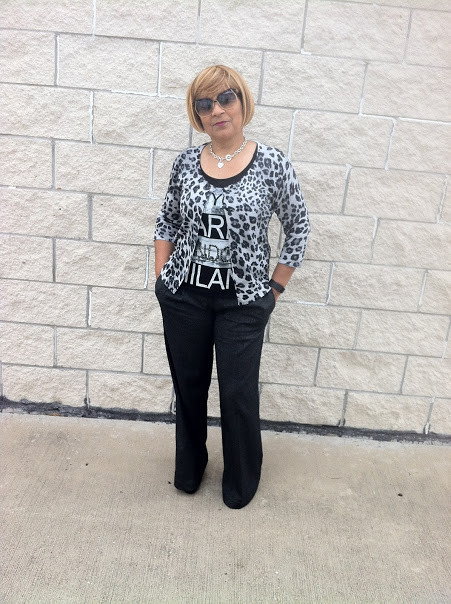 I have always had a keen sense and passion for creativity, unique design and decorating; however, as a divorced mother of two sons I made the decision to pursue my career with the Federal sector for financial reasons. That decision in my life turned out to be very lucrative; both financially and professionally. I was able to hold several management positions with increased responsibility, oversight and governance during my tenure with the Federal sector. I was afforded the opportunity to receive phenomenal executive level leadership training, design and build effective processes through reorganizing various organizations, create functional, motivated teams and establish an avenue for employees to offer suggestions for improving processes and expressing their concerns. In hind sight, I realize now that taking the job with the Federal sector laid the foundation of combining my passion and more importantly God’s purpose and will for my life. Read more>>

Lessons and wisdom from the community

What excites or inspires you?