We had the good fortune of connecting with Michael Cargile and we’ve shared our conversation below.

Hi Michael, is there a quote or affirmation that’s meaningful to you?
I work for GSpeed, for a shop that builds and preps race cars. Many things in the racing industry can, and do transfer into other industries. As an industry and field that pushes everything to limits, hard calls and fast decisions are nothing unheard of. Within the first two weeks, a coworker on the team told me something that still echoes in my head months later. He said, “There is always a wrong way to do something, but there isn’t always a right way.” That holds true when we are in the middle of a 12 hour race and an unforeseen variable occurs, and it holds true to many other aspects of life. There isn’t always a good or easy choice, but a choice still has to be made, and often it’s sooner rather than later. 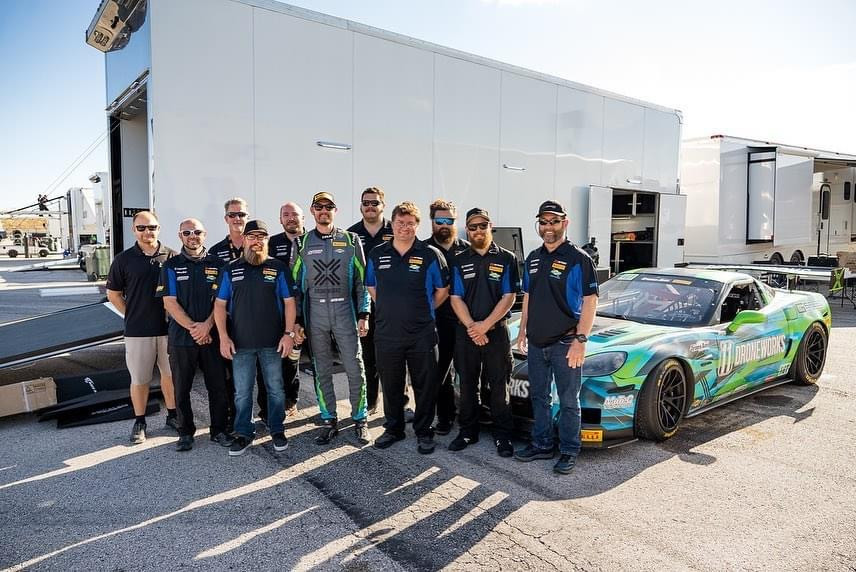 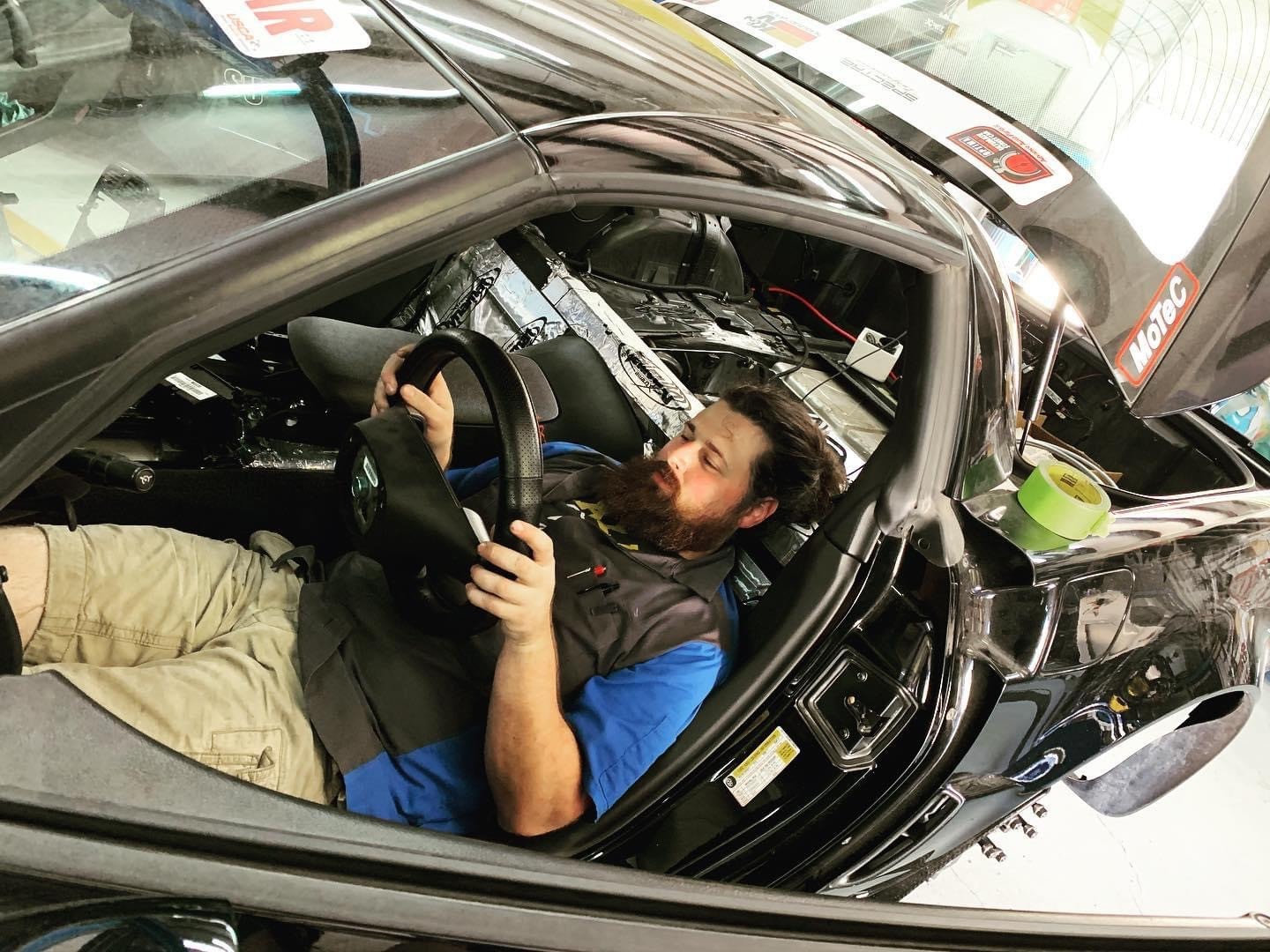 Alright, so let’s move onto what keeps you busy professionally?
I’m proud of the journey that I’ve taken to get where I am. I started, in high school, as a part-time salesman/mechanic at my local bicycle shop, Berridge Bikes in Texarkana, Texas. A fellow cyclist recommended me for that job and I am forever grateful for that. My sophomore year in high school, I decided I wanted to go into Nursing. It was something that came easy to me and I knew I’d always be needed. I went into college, still working part time at the bicycle shop. I made it into the local nursing program and continued to work. Halfway through the program, I was going through a depression and just lost any vision I had of becoming a nurse. I thought if I had chosen a job that came easy to me, I’d learn to love it. Instead, I learned that, for myself, it’s not beneficial for me to do something if I don’t have a vision for my path. So, I told my instructors and fellow classmates that I would drop out of the program as I didn’t want to dedicate time and money to something I didn’t want to pursue. My plan was to still stay in college, but I wasn’t sure what I even wanted to do or how to spend my time to get there. One day at work, I had made a joke, to my boss at the time, that I was going to get a second job. That joke just so happened to be in front of one of our customers that owns Coleman Motors, a car dealership in New Boston, Texas. The owner, also named Michael, said that I should come work for him, to sell cars and manage some of the internet side of the dealership. I knew nothing about cars and made it clear to him, He had seen me learn and sell for two years at that point, and he assured me that I would pick it up quick. Fast forward a year, and I had learned that I didn’t want a career selling cars. It wasn’t for me and I wasn’t happy doing it. I had talked to Michael about what career paths I could take, as he was a boss who’s actions had made it clear that he wanted what was best for me. He had mentioned working in the service side of the dealership. This was another situation that I had no real base in, but still took the leap. I started in the lube bay, changing oil. I had spent almost a year in lube bay, constantly asking questions and trying to absorb as much as possible. Eventually the dealership sent me to get trained at GM and FCA training centers. I continued to attempt to absorb all the data I could. I tried to focus on the work that most technicians and mechanics turned away from, automotive electrical work. I knew that if I could get good at it, then I would always be needed. I continued on this path for 4 more years. June of 2019, I scroll across a Facebook post from the owner of GSpeed, my current place of employment, saying they are hiring. I quickly created a resume and typed up an email, but I didn’t send it immediately. I had actually held on to that email for an hour before I sent it, It was something I had typed up before I even put a whole lot of thought into it. I had a pit in my stomach thinking about what the outcome would be. This was probably the most uncomfortable I’d been in a long time. I was more frightened of getting the job than getting a no. If I got the job, I would have to leave the town that I had spent most of my life in. I would have to move to a much bigger city, with no guarantees that I would survive. Basically leaving any comfort zone and safety nets I had. After realizing that, being scared meant I was making a choice towards growth, I sent the email. I get a reply and then go spend a day working at the race shop as a try out. I won’t say it was unfortunate but I didn’t make the cut. Someone else got the job. Fast forward to right before the start of C0vid-19, I get an email saying to call them if I was still interested. I made the call and made the drive for another try out, I got the job, working in a field that was a whole other world, but I had a base in. Now I’m six months into this new career and I work with such an awesome team. I started off as a bicycle salesman, and now I work under an engineer, in Research & Development, building race car electrical systems at a performance shop. None of it was easy but it has been worth it.

If you had a friend visiting you, what are some of the local spots you’d want to take them around to?
Well, I’ve only lived in DFW since the pandemic, so I haven’t had the chance to have a full experience of DFW. The friends I do have that come in, we’ve made multiple trips to Dallas Karting Complex. I love racing and driving and it is a great place to just go and have some fun, I’ve been able to ride the Gateway Park mountain bike trail, which was is maintained by Fort Worth Mountain Bike Association. My favorite coffee spot so far has been 1418 Coffeehouse in Plano. One of their signature lattes, Purple Haze, a soothing late accented with lavender. 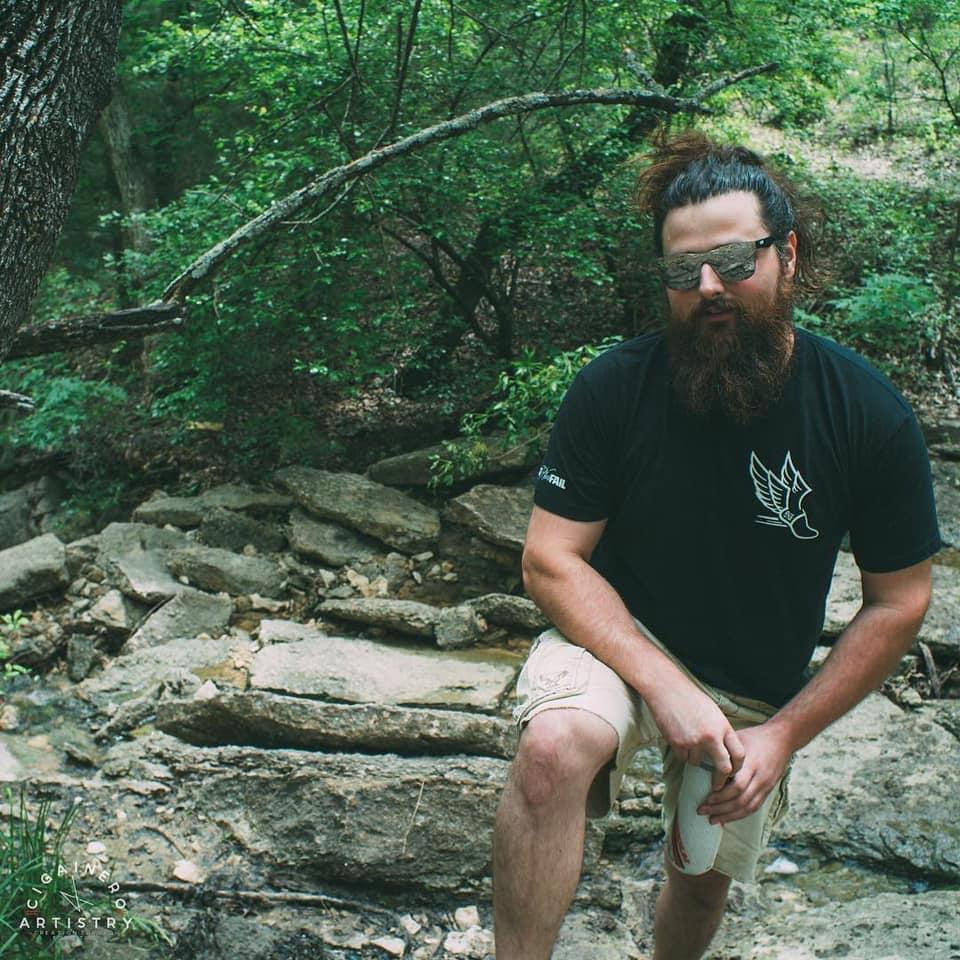 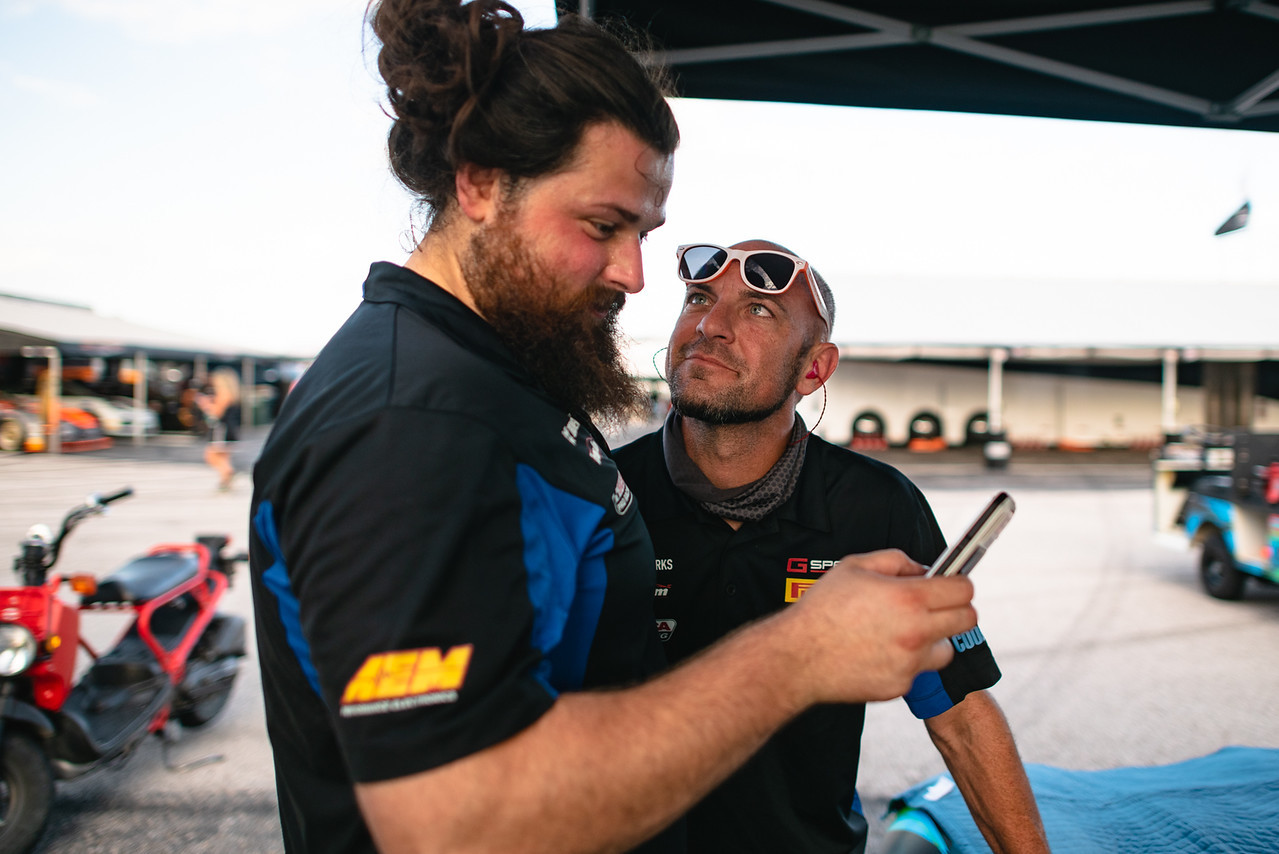 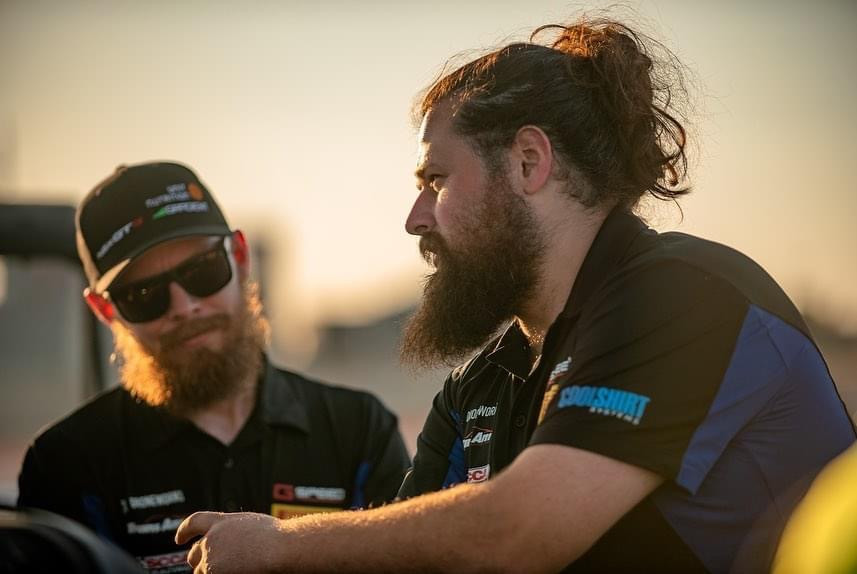 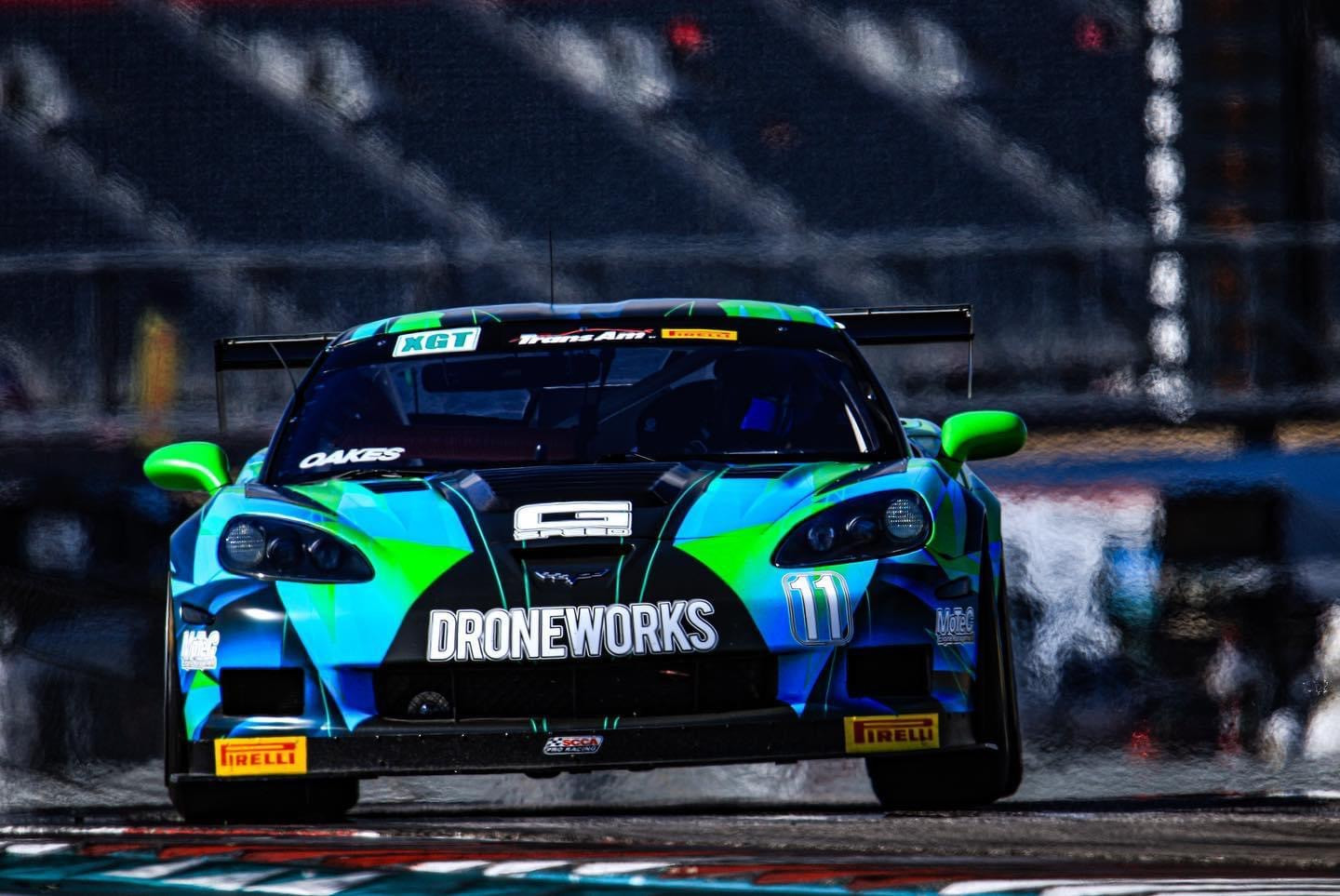 The Shoutout series is all about recognizing that our success and where we are in life is at least somewhat thanks to the efforts, support, mentorship, love and encouragement of others. So is there someone that you want to dedicate your shoutout to?
I wouldn’t be who I am, and where I am, without my family. My family related by blood and the family I’ve gained along the way. A special thanks to Krista for helping me get my first taxable job, and the job that was a springboard to get me where I am.