We had the good fortune of connecting with Emma Evans and we’ve shared our conversation below.

Hi Emma, what’s the most important lesson your business/career has taught you?
The most important thing I’ve learned over the course of my career is how to be a more open person. The reason I wanted to get into filmmaking in the first place was because I wanted to be a part of something that could change people’s perspectives. I’ve had many movies open my eyes personally to situations I would likely never experience, and it’s affected my ability to empathize with others, which is why films and other forms of media are so crucial to society and culture. When I started, I was more on the creative side, primarily writing and directing. I became much more aware of my surroundings and the people I interacted with, trying to read people and situations deeper. I began to see things happening before me that I had never noticed before. Going around with a writer’s mindset, I saw myself becoming a better person who was more able to anticipate and deal with tough situations. In recent years, producing has been my focus, which has opened my eyes to the world in a different way, simply by giving me reasons to travel to all corners of the city. As my job often relies on relationships, I find myself interacting with people from the farthest stretches of DFW, from very different walks of life, all of whom will come together to create a powerful project. I began to see the actual process of making a film as an even more eye-opening experience than the content of the story itself. The more I immersed myself into the film industry and continued doing these things, the more I liked the person I was becoming. The openness that I channeled when producing films, for a while, felt like a character. As I realized how much benefit there was to being so open-minded and approachable, I let my work mindset start spilling over into every aspect of my life. In essence, being a filmmaker has taught me to eliminate judgment and just appreciate and enjoy the world around me, particularly when it is different from my usual experiences. These unique moments, I have learned, are some of the most crucial in developing good character, and can reap wonderful benefits if you take advantage of them when they appear. 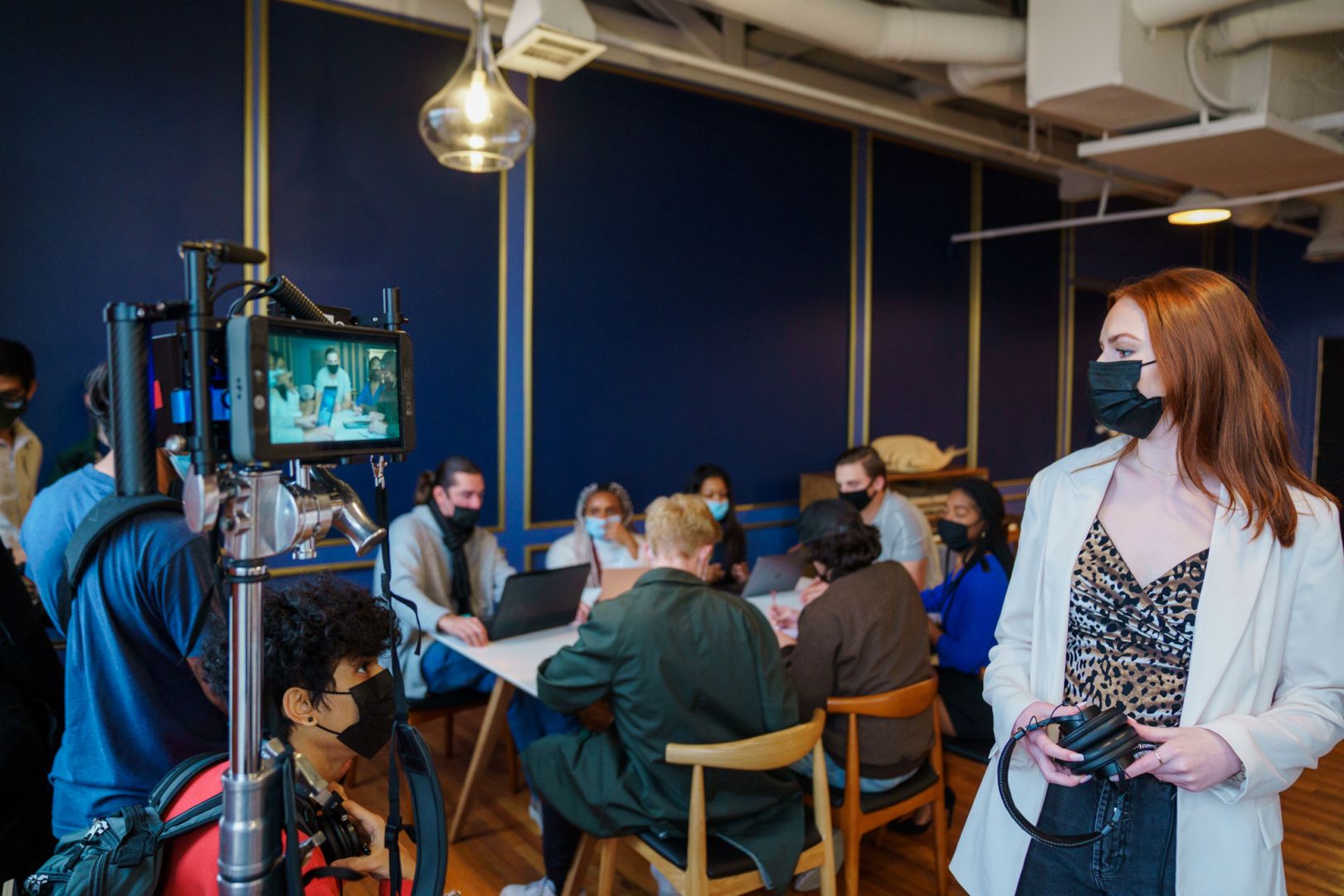 Can you open up a bit about your work and career? We’re big fans and we’d love for our community to learn more about your work.
When I first started out as a filmmaker, I had no clue how bad the female representation in the industry really is. The first filmmaking class I took was made up almost entirely of girls, so my crews were predominantly female and that was what I was used to. For a while, my age was the biggest factor to overcome. I knew that I was capable of a lot but as a 15-16 year old, I was really struggling to get anyone to give me a chance at tackling professional work. I’ve always been a very determined person, so I started to work my way up in the industry until I was really mingling with some of the most professional crews in the DFW area. As the years went on, I would pride myself on the fact that I was so young and starting to be accepted and recognized by professional, adult crews. This was a bit of a thrill for a while, until it became routine, and I really felt like one of them. At which point, I began to realize – there were hardly ever any women around me. Many of the films I’ve worked on have had strong female cast members, but there were a number of sets that I can recount where most if not all of the time on set, I was literally the only female crew member. Not only is there a lack of female filmmakers in the industry – specifically, the Dallas industry – but there is an astonishing lack of women in higher-up executive positions. As I progressed in my career and craft, I realized that I am most drawn to producing so have been sticking to that in recent years. But it wasn’t until recently that I started to see how important that is, and especially how many capable, efficient, and talented women there are out there who are not being given a chance to shine in these male-dominated crews. As I continue to work on expanding my production company, representation is always at the forefront of my mind. I am frustrated with what the industry is missing from allowing this lack of representation and strive to change that. As a producer, one of the most rewarding parts of my job has been my ability to create opportunities for others. I want my production company, Neon Shark Media, to be open to all, and specifically I hope to give opportunities to people who want to break into the industry but have no network. However, uplifting female voices in particular is so inspiring to me and many others in the world. As I further myself in my career I plan to continue directing my efforts toward promoting female filmmakers and sharing stories that are struggling to find a platform to be told on. ON THAT NOTE– keep an eye out for my upcoming project, “Honey”! I wrote, directed and produced the mid-length short film and it follows a strong female character, Liv, who navigates a complicated relationship, portrayed by the wonderfully talented Diamond Hicks. We had a great crew including many up and coming women in the Dallas industry, so it’s something you won’t want to miss. Premiering in Dallas later this summer 2021! 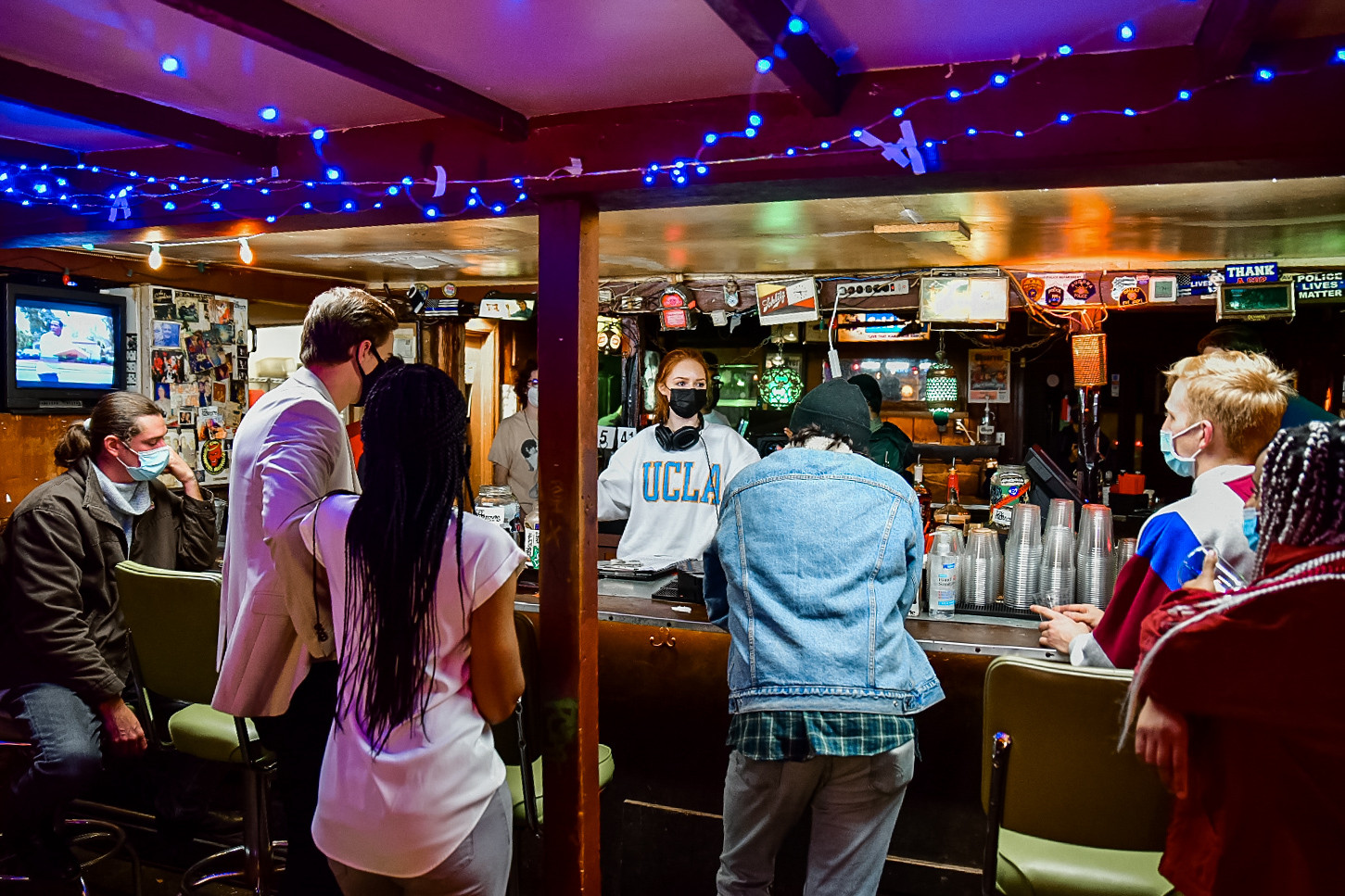 If you had a friend visiting you, what are some of the local spots you’d want to take them around to?
Mr. Sushi. Up in Addison – best sushi place around. Nothing else like it. That’s honestly the only place to particularly come to mind. Deep Ellum is always a bop, and the Mandalay Canal has its moments. Out in Fort Worth where I actually live, we would have to hit up Clearfork, West 7th, and probably the zoo and museums. And there would be plenty of purchases of Torchy’s queso. I live in California most of the time, and literally get separation anxiety when I can’t get Torchy’s queso. 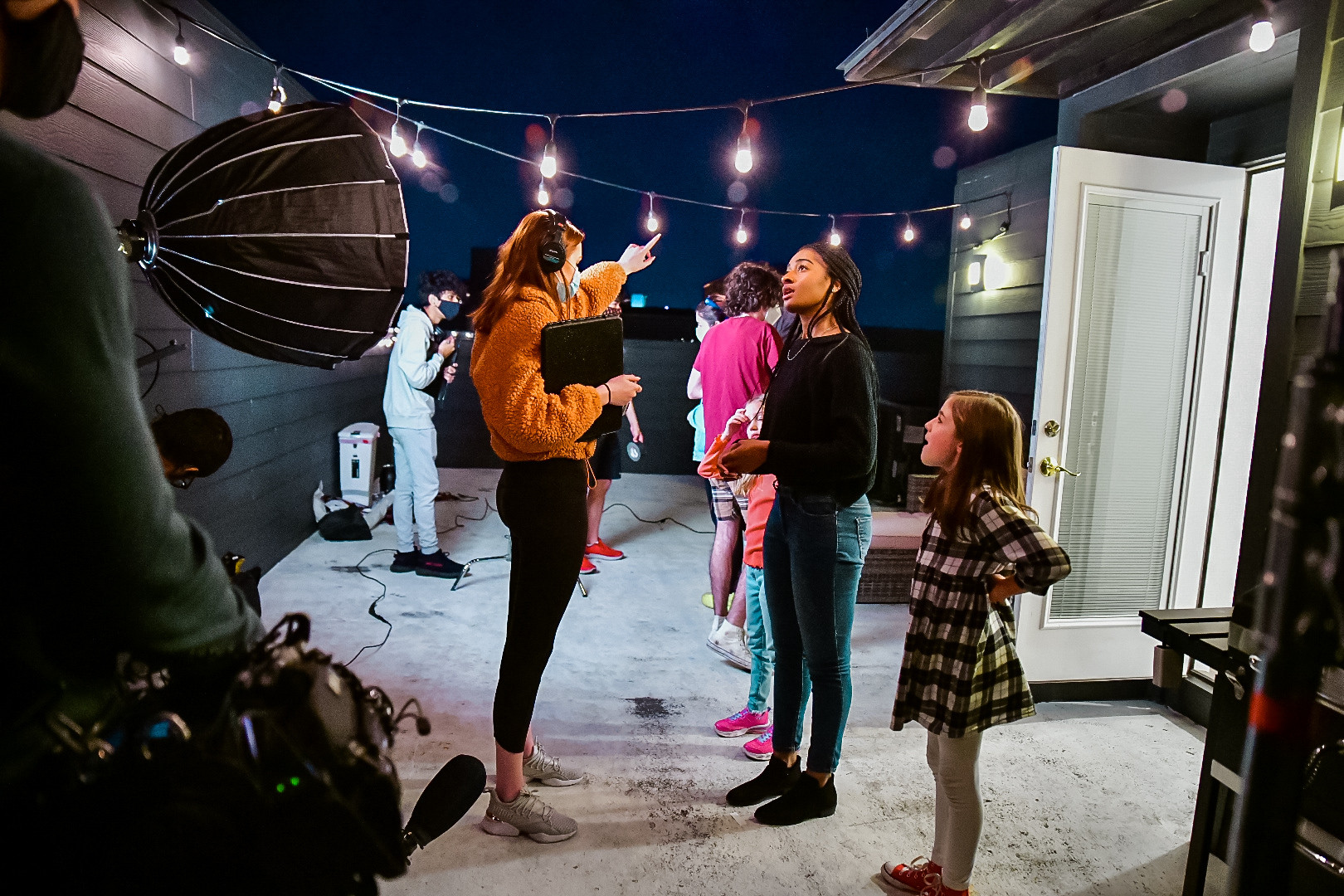 The Shoutout series is all about recognizing that our success and where we are in life is at least somewhat thanks to the efforts, support, mentorship, love and encouragement of others. So is there someone that you want to dedicate your shoutout to?
No doubt, the person I owe most thanks to is Xai Homechan. Xai is a filmmaker in every regard in the Dallas area who has essentially taught me everything I know. He has been a constant presence throughout my career, answering my questions and giving me opportunities that I couldn’t get anywhere else. What I’ve always appreciated about Xai is that he judges me as a filmmaker and an artist based solely on my capabilities that I have shown, and not on the superficial attributes, particularly my age. Not many people are able to say that they produced a feature film before beginning university, but thanks to Xai, I can. His talent when it comes to telling stories is unmatched and I am so glad to have been able to work alongside him for a number of years now. He operates the production company Spacesuit Media operating out of “The Dauphine” studio in Dallas, a new multipurpose rental space with a distinctive and classy style.