We had the good fortune of connecting with Black Boy King and we’ve shared our conversation below.

Hi Black Boy King, can you tell us more about your background and the role it’s played in shaping who you are today?
I’m from Dallas, TX by way of Las Vegas, NV. I lived in many places as a kid as the youngest of two to a single mom. We lived in crime riddle neighborhoods of Whitely and the Condon Gardens Projects, I spent most of my youth on Tropicana Ave in Las Vegas. My mom was a product of the civil rights movement and was an active member fighting for change, so we moved around a lot and met a lot of different type of people. Las Vegas is sin city so you see all kinds of things going down and it’s just normalized. I remember walking to school on Tropicana Ave and having to ride the bus because my family was poor. I remember being clowned because I didn’t have the latest fashions or shoes. I had to borrow my brothers hand me downs and sometimes wear clothes twice because we didn’t have enough to do the laundry. And we were living in hotels, out of the car, office building, you name it. It was a major struggle. Then my mom got sick, things got worse. And when my brother was old enough he had to drop everything and work a job. Seeing my brother step up like that gave me a lot of motivation and clarity to my life. I had to get mine too. As a teen, I got involved in pretty much everything you could think of that get somebody a case. If it wasn’t for the opportunity to play football out of state, who knows what would’ve happened. But I became numb as a person. I could care less about others.

My upbringing is important to me and has made me who I am because without that struggle, I wouldn’t have appreciation. I wouldn’t appreciate the blessings I have today. And I say blessings because although I worked extremely hard for them, it was at God’s will that it happened. My life of sin transformed me because it allowed me to be introduced to the creator and to begin serving Him. According to the prophecy. Because of my mom’s involvement with the Black Panthers and the Democratic Party then later the Rainbow Coalition, I already had a strong sense of personal pride, which gave me faith in my abilities, but my connection God grew with me substantially. It made me recognized why we struggled and why we are the way we are as people. It explained a lot to the questions I had about life. I used to wonder how other people got they’re money, or what I would do with money if I got it. Then as I got older, it happened. Everything that I wanted in my life began coming to me, money, cars, clothes, access, etc. I’ve been extremely blessed to live the life I’ve lived and been able to do the things I’ve wanted to do. Drive the cars I dreamt of driving, wear the clothes, visit the countries and live in the places that I had in my head while riding in the back of the bus going down Tropicana Ave. The place where homeless people tend to find a place to rest. Where I used to have a hatred for my brethren, I now love my brothers. Where I used to resent my father for leaving our family leaving momma to do it all, I now have compassion on him as I’m commanded to. But at the same time while knowing I can have that level of compassion towards my brethren, I can equally have the disdain for evil in this world. This is what I believe to be the meaning of life. Loving your brother and hating evil, as our Lord and Savior tells us. Cain and Abel messed it up, Jacob and Esau blew it. So that’s the key. That influences my music which is my life experiences and my personal thoughts on existence as a whole.

I now live in Dallas, TX and it’s a place I’ve always felt God was pointing too. I love Texas and everything about it and try to experience as much of it as I can. I grew up on DJ Screw, UGK, Ghetto Boys, Scarface, Mike Jones, Slim Thug, Paul Wall, . It was just something I always vibed too and felt like they were really telling how it was in the hood since that’s what I was seeing too. The same with West Coast artists like Dr. Dre, Tupac, Snoop and E-40. But at the same time Texas also is a great place to live. You got the best BBQ and football out here. 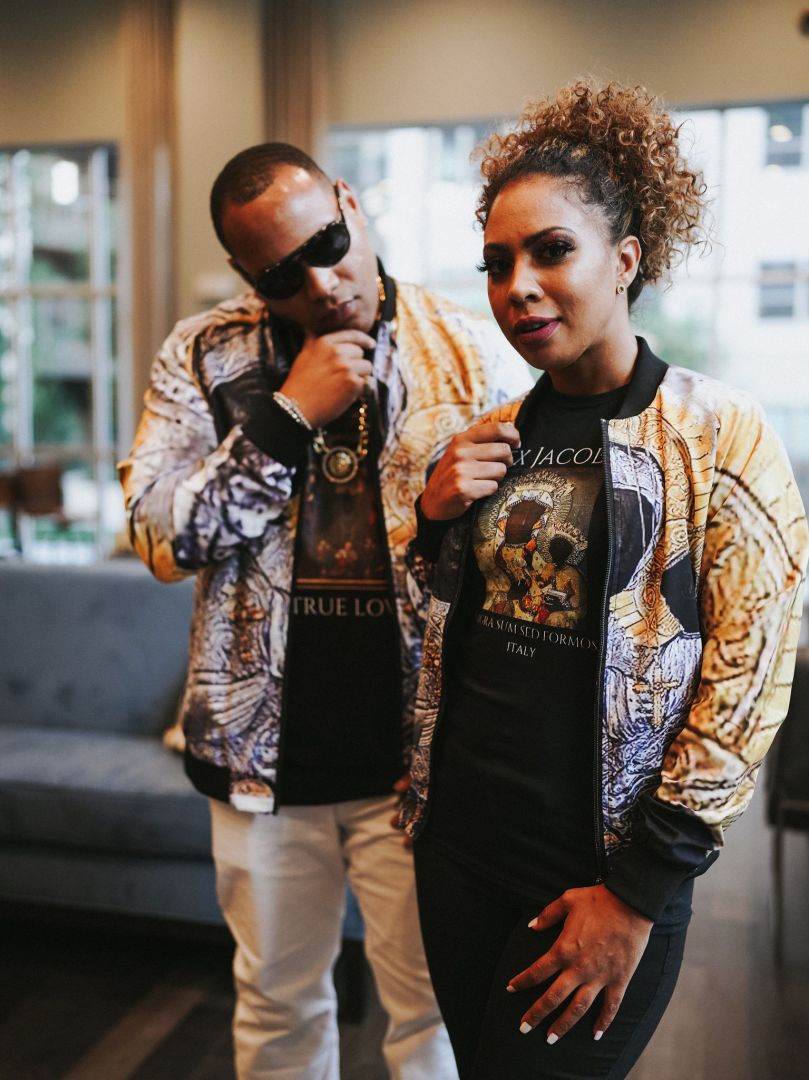 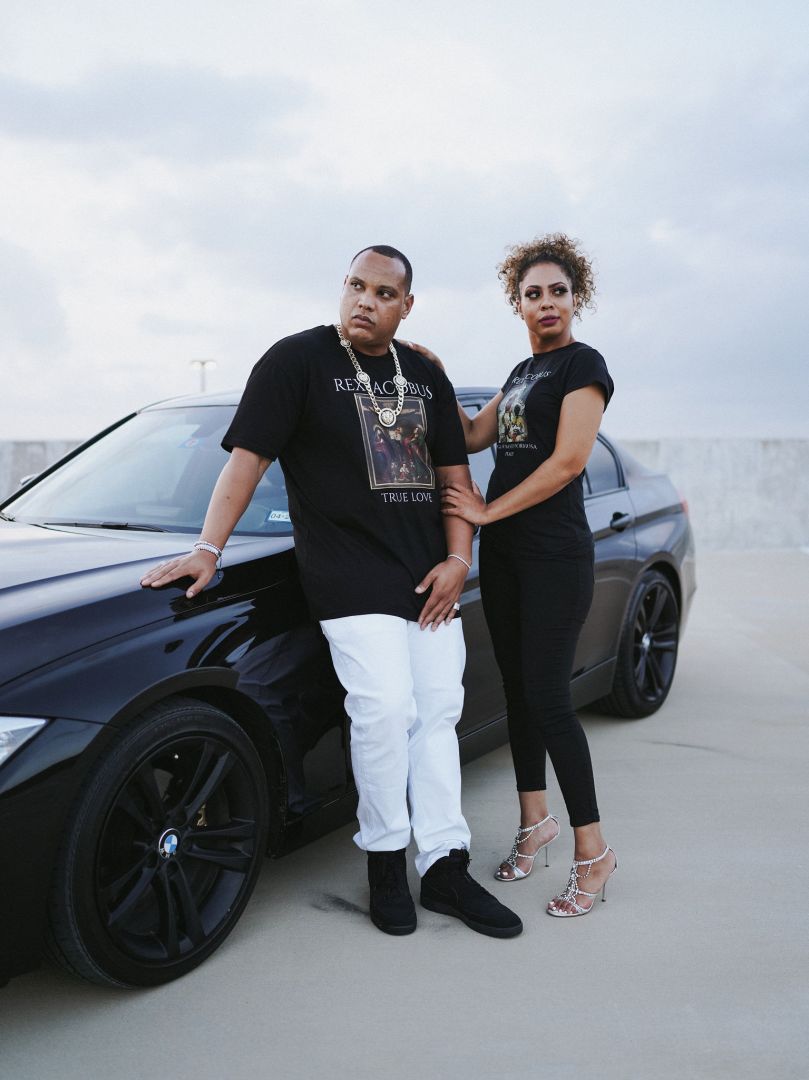 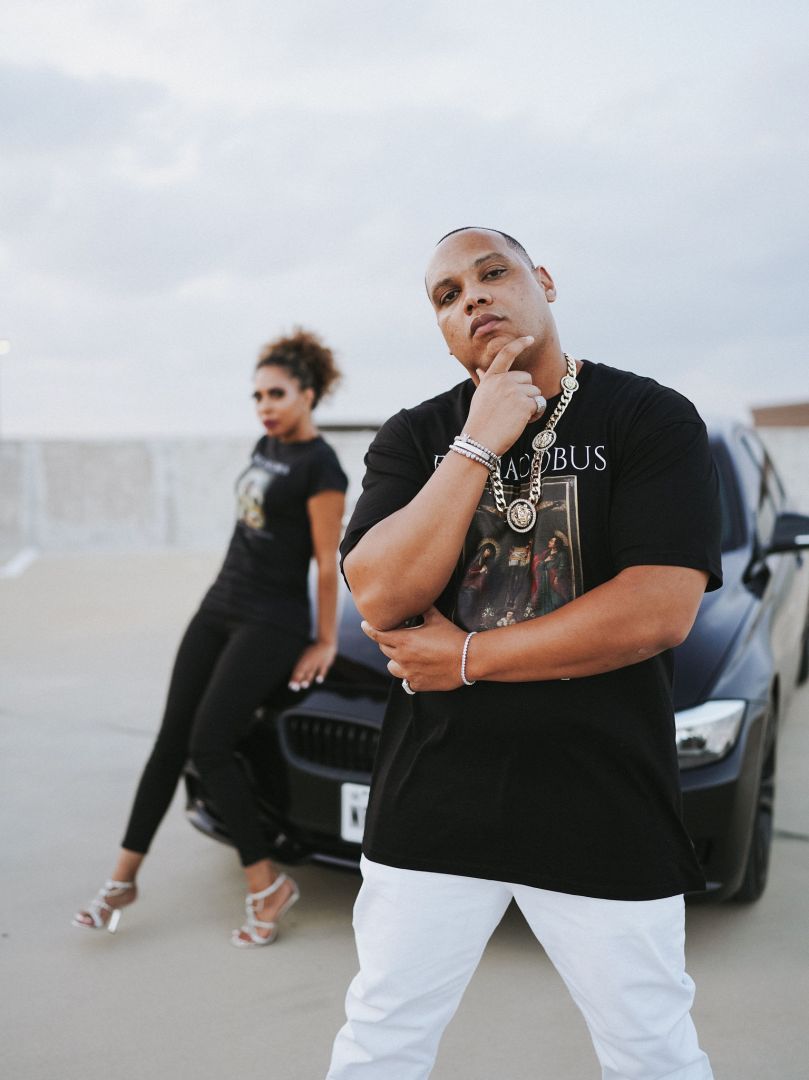 Let’s talk shop? Tell us more about your career, what can you share with our community?
As an artist what sets me apart from others is that I’m original and I lived my raps. I’m speaking my experience in my way. You’ll find many regional influences in my music because of the places I lived. You’ll hear about things I’ve really done. Not every artist can say that. They are more or less putting their dreams out there. But they haven’t lived it. I’m most proud of having my music played on FM radio, shout out to DJ Infamous at 101.3 FM Jamz in Charlottesville,VA for putting my song Top Boy on his mix show. He got a great program. I had been on internet radio before that but that was the first time I was on FM so it was exciting. Shout out to DJ Kenni Starr. He plays my music in Europe on his channels, he DJ’s for Wu-Tang. Top Boy was influenced because of the show from the UK. Shout out to my brethren in the UK.

It’s not easy as an independent artist. As an artist without ties to a label it was a great thing for me. Some of the challenges we face as independent artists is we carry the cost for everything, recording the song, producing it, promoting it. That’s what makes me excited for my next releases. I’m also extremely proud to launch my clothing brand, Rex Jacobus which people can check out at rexjacobus.com.

I’ve learned a lot of important lessons along the way. I learned that not everyone in your circle is really down with you. So you have to prepare for people to change up. Especially if you’re getting money. People always change up when money is involved. People also change up if your faith is increasing. It’s something about that, it makes people act different. But I have comfort knowing what’s for me is for me, and who is with me is who is with me. Being an artist and expressing myself through music allows me to stay connected to memories of my homie John who died. John was one of the only friends, who looked after me. When I was broke, John always had a meal. Whenever the crew was going somewhere, I never had money, John would cover just so we could all kick it together and do the same thing. Him and my other homie, Mark was always in my corner. We used to mob the Mitsubishi Galante down the Las Vegas strip. They seen me make all the stupid mistakes. But rap allows me to speak about the things John missed.

I’m a man who got everything he ever had out of the mud. I’m a man of principles, who tries to keep them to the best of his abilities. And I’m humble enough to know what I don’t know. I’m a man who knows who he is. I put that into my music and share my life experiences. I appreciate everyone who supports me.

Let’s say your best friend was visiting the area and you wanted to show them the best time ever. Where would you take them? Give us a little itinerary – say it was a week long trip, where would you eat, drink, visit, hang out, etc.
This just happened actually. A good homie of mine from Manchester, UK came and I took him down to Deep Elum. The best BBQ is at Pecan Lodge. The best tacos is Valerie’s or Emelia’s. And you gotta check out Downtown. 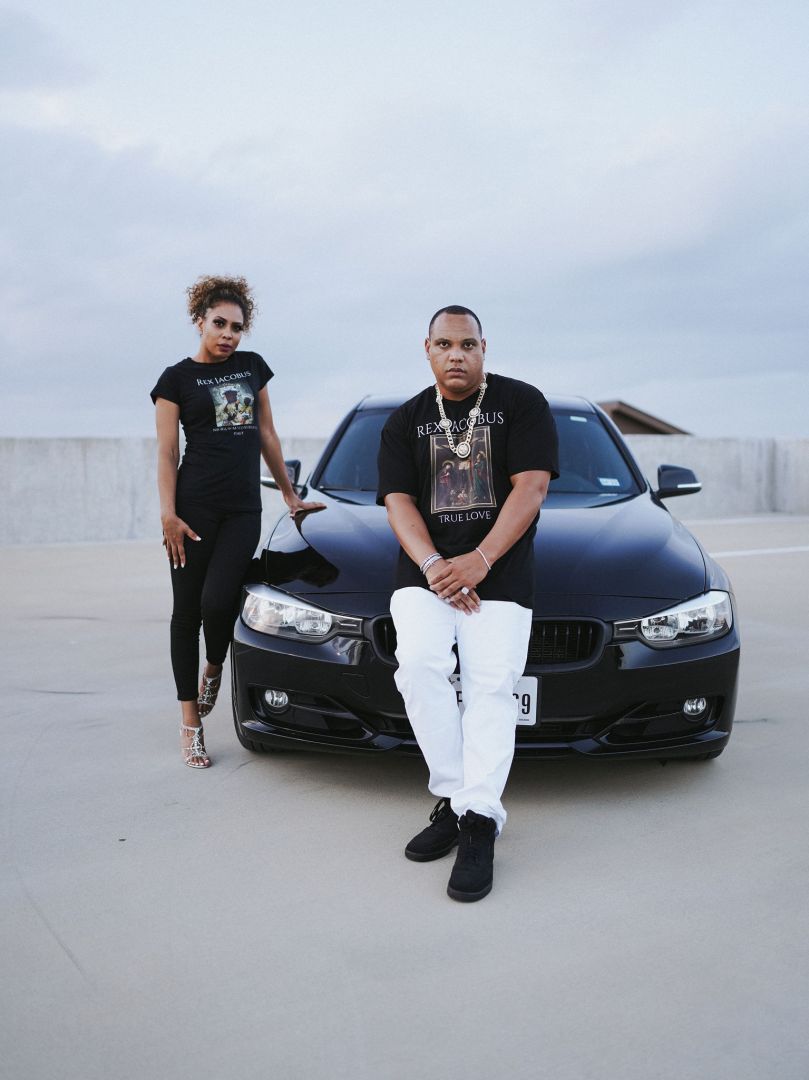 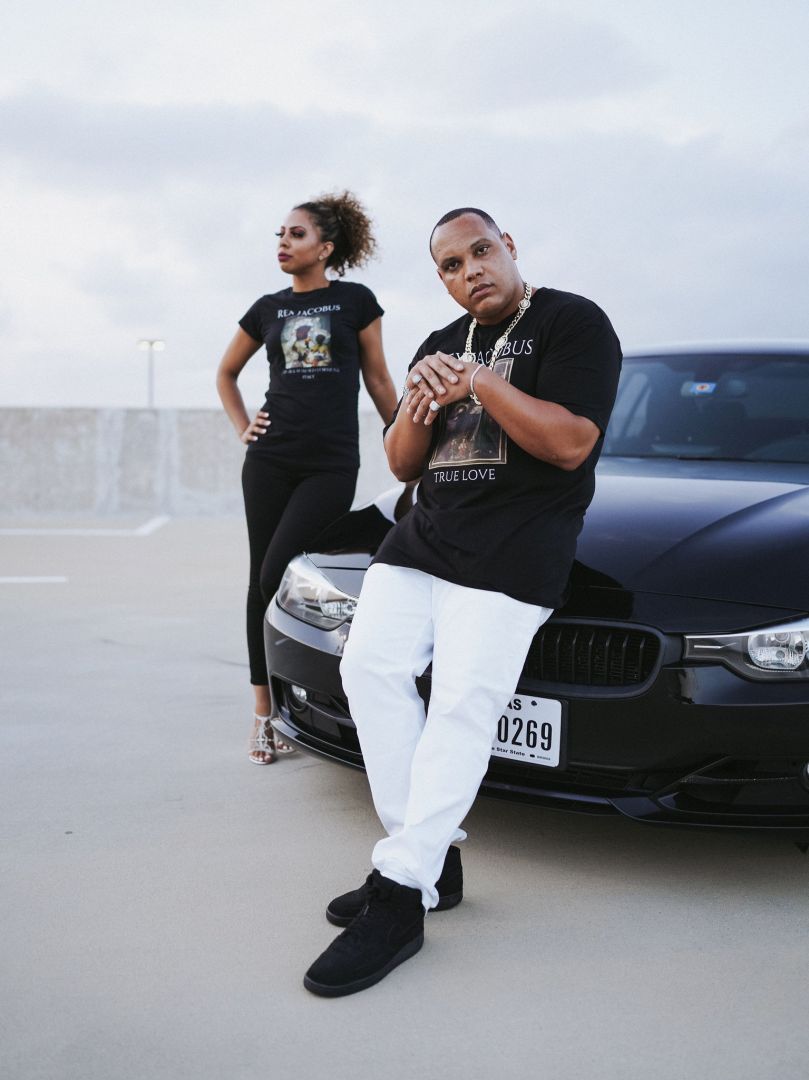 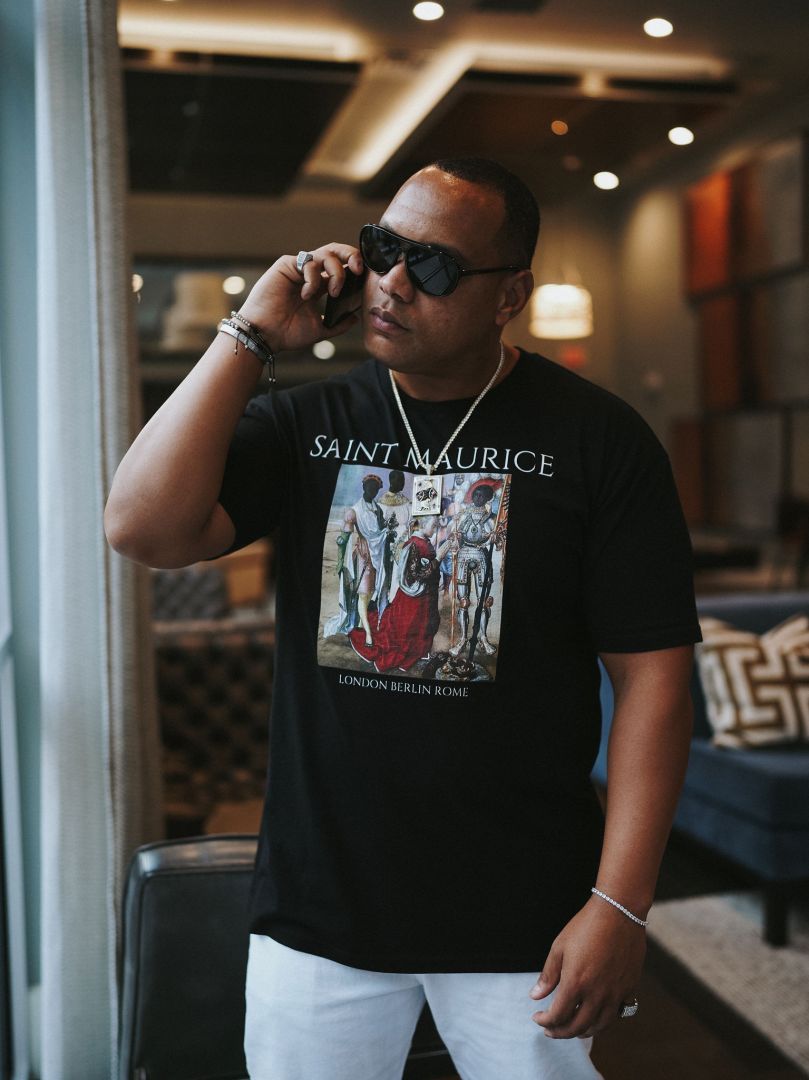 Shoutout is all about shouting out others who you feel deserve additional recognition and exposure. Who would you like to shoutout?
I’m always going to give first honors, praise and glory to the most high God and say the Bible is the most influential book in my life from all aspects of it. From existence, purpose, identity, financial, behavioral guidance and understanding of the world, it is by far the long reigning source of influence that’s survived many attempts to remove it. That says something. I honor my mother and my brother as well. Shout out to the twelve tribes of Israel scattered abroad in the world. Peace to you.

I’d like to also shout out the whole Kingdom House Records family, producers Synesthetic Nation, Wending and Keyz Kartel & Heartboy outta Europe, Curt Flo from Studio Flo for putting me on, world champion boxer Austin Trout for being an inspiration to us all, film actor Brandon T. Jackson for keeping all of us focused,  Anyae the Righteous Wolf of Wall Street, shout out to the whole DFW, and to everyone who’s supported me by pressing play on their streaming platforms!