We had the good fortune of connecting with Chelsea Burnett and we’ve shared our conversation below.

Hi Chelsea, what is the most important factor behind your success?
For Texas Storm Chasers, I believe having a group of individuals with one main passion but different backgrounds has been hugely instrumental in the growth of our business. David, the owner, has a strong background in technology and knows the ins and outs of running a website, etc. The rest of us however, have other means of contributions such as marketing, content, and other talents that round out our group very nicely. We each have different personalities that help shape the group and balance the fulfillment of needs such as behind-the-scenes interaction, social media, and face-to-face public interactions with our following. 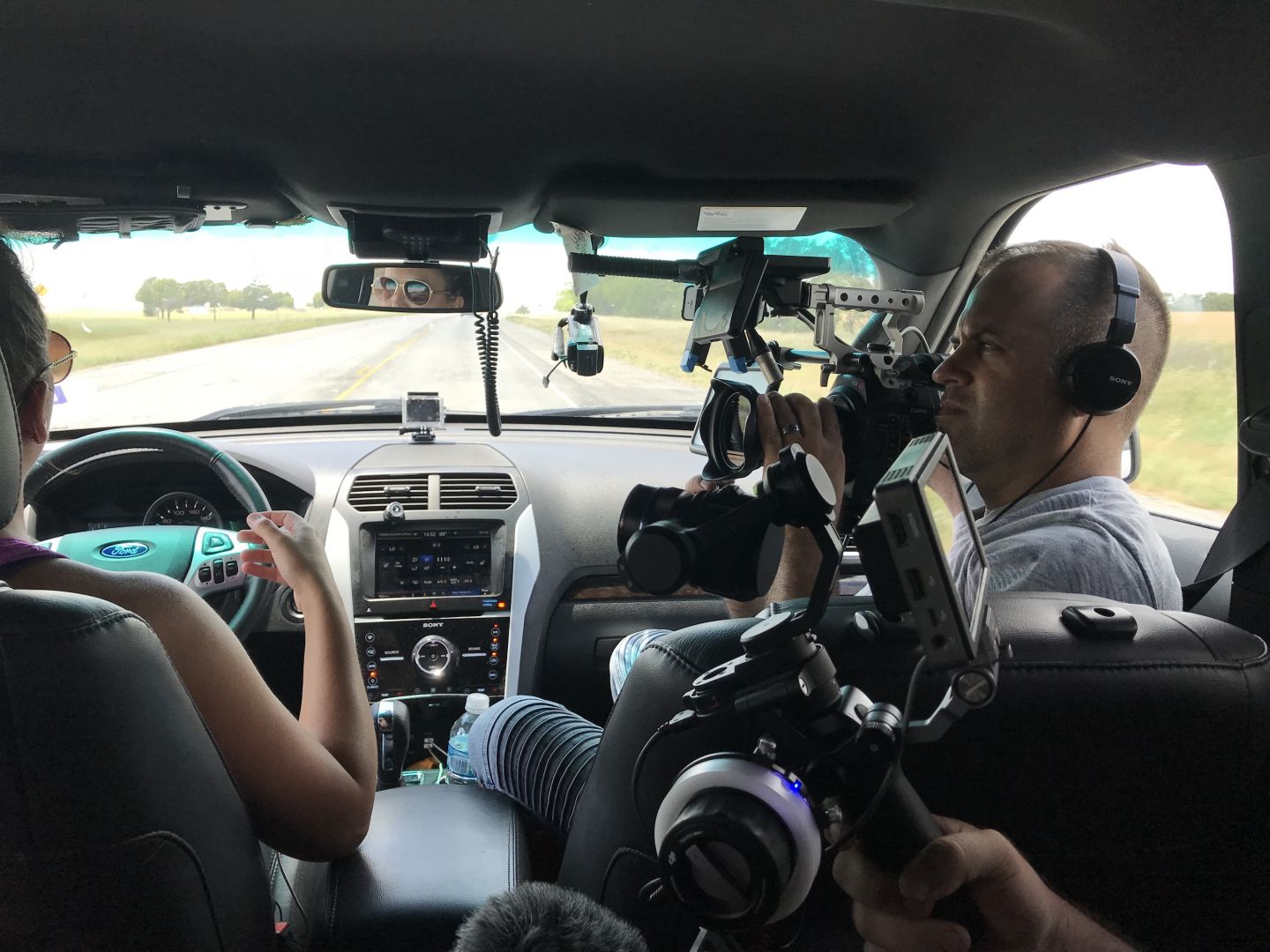 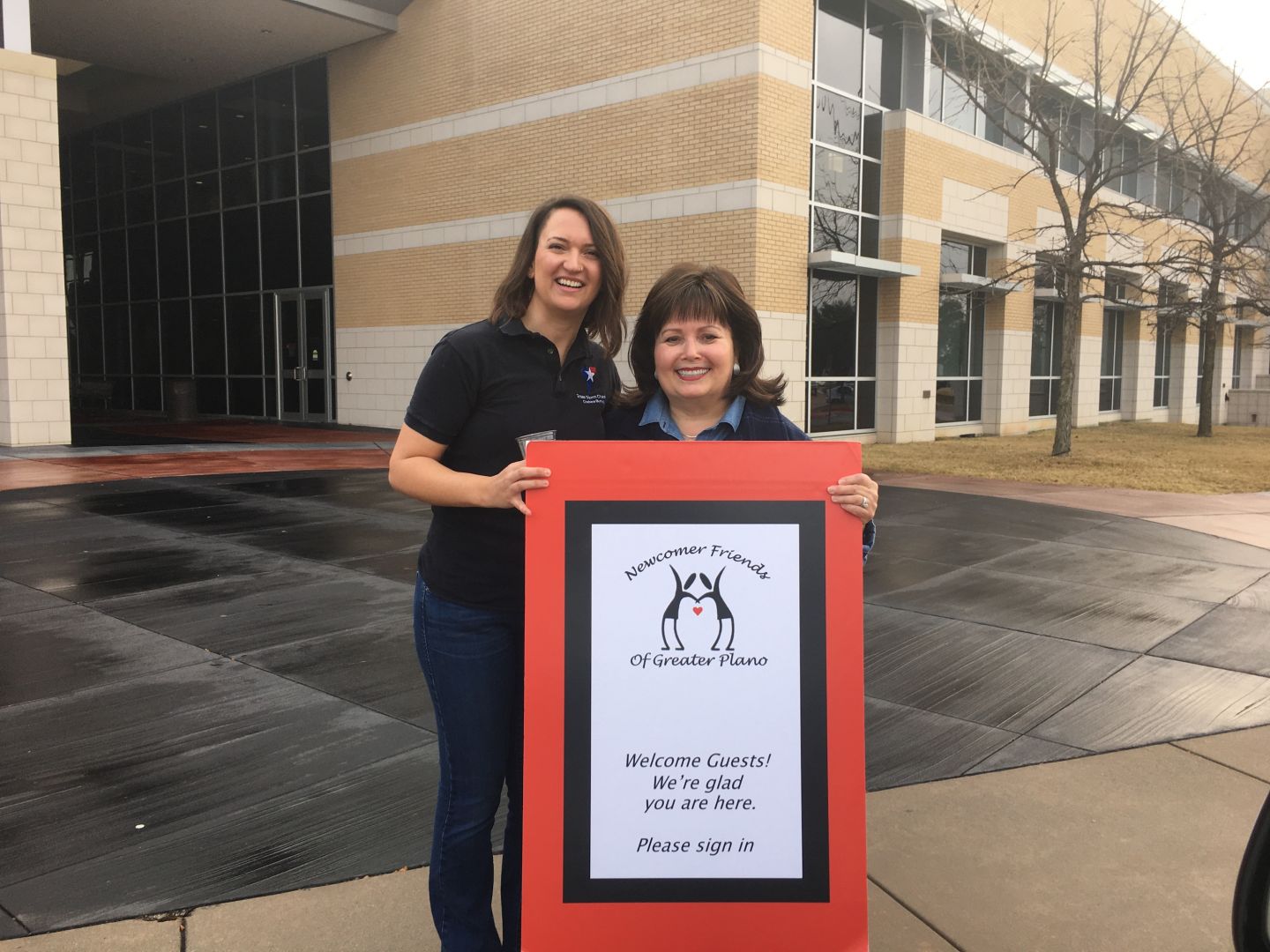 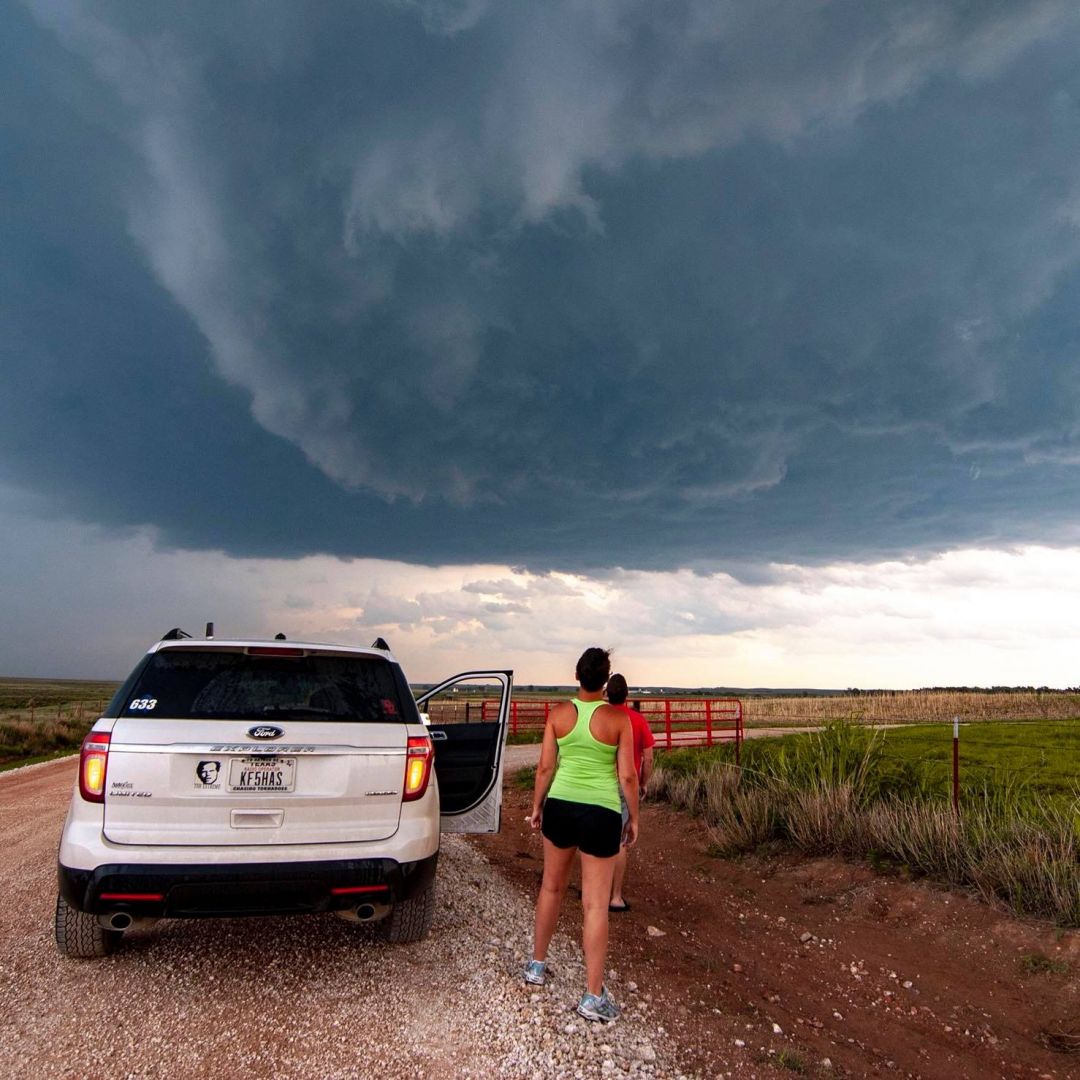 Alright, so let’s move onto what keeps you busy professionally?
I like to speak in terms of myself and our group as a whole, as I wouldn’t be where I am at without Texas Storm Chasers. From the beginning, storms in general have been a life-long interest & passion of mine. I showed my 1st grade son my weather journal I kept over the summer of 2001, when I found it in a box stuffed in the corner of my garage just the other day. I wanted him to see that our childhood dreams could be achieved no matter what life’s trials and tribulations brought us. I chuckle when I get the question now of, “Oh, you’re a storm chaser? How did you get into that?”. Because it’s not a simple answer of obtaining a degree, of applying for a job and granted an employment offer. No. It isn’t that neat and clean. In fact, the answer is all over the place. It’s clear as mud. It was not an easy journey going from the summer of 2001, listening to the NOAA weather radio every hour and making weather observations in that notebook, to being a storm chaser in 2020. I graduated high school in 2004 a bright-eyed and bushy-tailed teenager, ready to take on the world by storm (no pun intended). I set sail down the river of college life. I took a shortcut from my 2-year plan of community college, and left for University of Oklahoma just a year into that plan. That’s where I met my first life demise. I jumped into the coursework by attempting Pre-Calculus in the summer of 2005. Anyone that has taken college summer courses are already gasping reading this. I struggled with the class and ended with a disappointing C. I pursued Calculus 1 despite my shaky foundation, and of course failed it in the fall. Then again in the spring. Then again in the fall. I was embarrassed and too prideful (and too busy working my part time job) to seek out tutoring, so I dropped out of the meteorology program in 2006. I floated through community college again until 2007 when I made my big move to Dallas, Texas from Norman, Oklahoma. My passion for weather died. I jumped into the Corporate America world and continued pursuing my degree, just in something more practical like business. By 2014, I had obtained my Associate’s in Business as well as my Bachelor’s degree, finally making my student loan debt somewhat worth it. But I also carried a marriage, a miscarriage, a house purchase, a new baby, and now a fresh divorce. Holy moly. There I was, in my car at lunch in the winter of 2014, listening to Les Brown and crying about where my life was headed. In 2011 I had managed to attend a small weather conference in DFW and met David Reimer, owner of Texas Storm Chasers. I met the rest of the group eventually and had a new set of weather friends that I could satisfy my weather cravings through. So I decided to entertain the world of weather again in 2015 and haven’t stopped pursuing since. I saw my first tornado 12/26/2015, and had my best weather career in 2016. This of course wasn’t possible without the change of professional career direction out of Corporate America and into the world of commission-only sales. I know, another gasp from the audience here. It was a crazy stupid move, but I’m still alive and well today. I did eventually leave that career of insurance sales for a salary position with a local employee benefits broker. I continued to pursue my dream of chasing storms with a flexible schedule. I saw more tornadoes, and met the love of my life through this whole ordeal. As I share this story with you today, in 2020, I have achieved my dreams and beyond both personally and professionally. I continue to set the bar high for myself and for the success of Texas Storm Chasers, and cannot wait to see what we continue to bring to the public and in the world of weather enthusiasts! 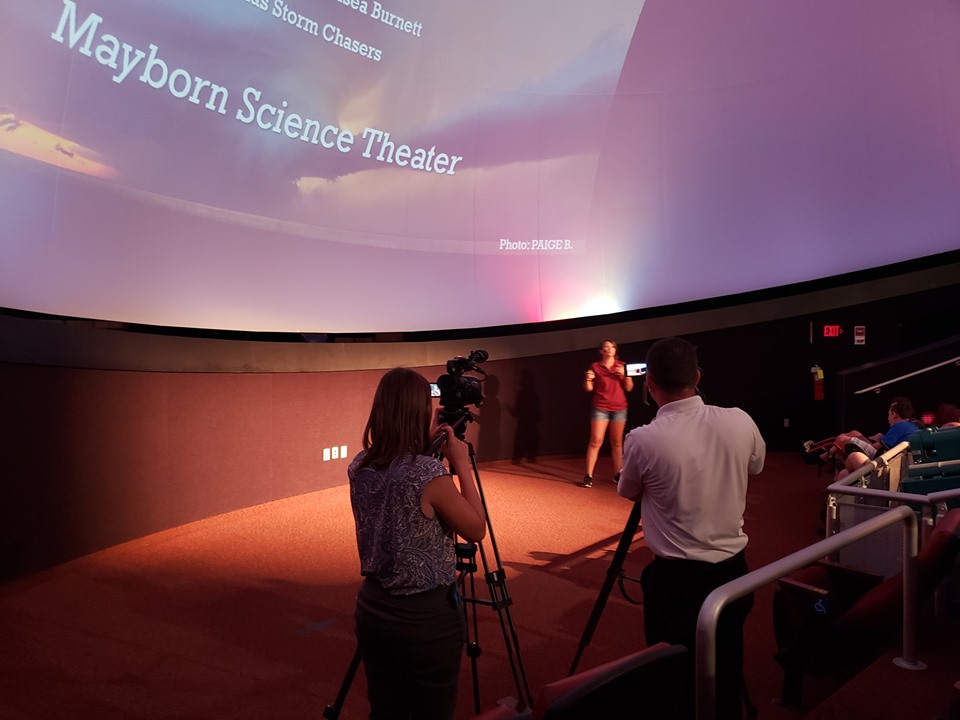 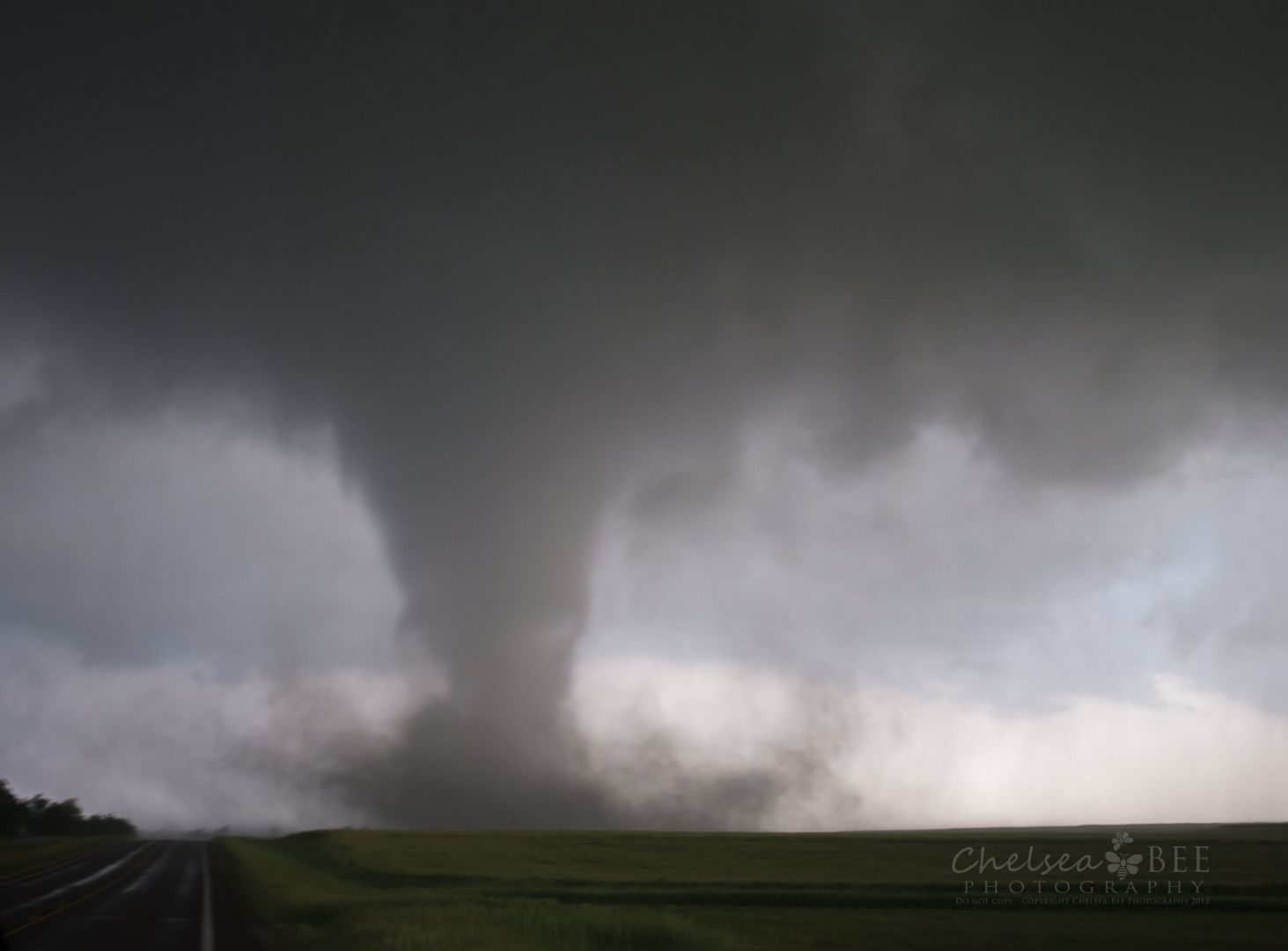 Any places to eat or things to do that you can share with our readers? If they have a friend visiting town, what are some spots they could take them to?
Funny story here about showing out-of-towners the sights of our lovely metroplex. Jason Cooley, another Texas Storm Chaser, and I were asked to give two European film-makers the time of their life on a storm chase in June 2018. We were both excited at this opportunity as we had never been asked something like this before. We did luck out on a severe weather setup out near Spur, Texas in the midst of a typical hot Texas summer. We met the film crew in the parking lot of Olive Garden in Lewisville, and headed out west to where they were staying in a hotel. We filmed some behind-the-scenes stuff and continued with the film crew in tow. We experienced some scenic storm structure, as well as the biggest lightning barrage of any storm we’ve encountered. The film crew was happy. We ended the chase with our favorite chaser delicacy – Allsup’s burritos! I think I hear a groan from our audience, but hear us out. As chasers, we don’t have a lot of food options on our chases, due to the remote areas we are baited to in order to see a tornado. So the weather community has embraced this coveted gas station chain, and we are giddy with excitement when we have the opportunity to enjoy one of their burritos. All jokes aside, when we do have chaser friends visit the area, we enjoy taking them to Whataburger for the best burger around. We also show off the skills of those that smoke the delicious BBQ at Hard Eight. If it’s summer, we enjoy a day at Little Elm Beach and end it with some cold craft beer from Little Elm Crafthouse. I can almost hear the disappointment from those that are hard-core restaurant connoisseurs, but those that are reading this have to understand something. Storm chasers in general are not the highest class of people. Sure there are a few that enjoy the finer things in life, but most of us are happy with a hot meal and a cozy bed when visiting friends in different cities. We enjoy simple outings and gatherings! 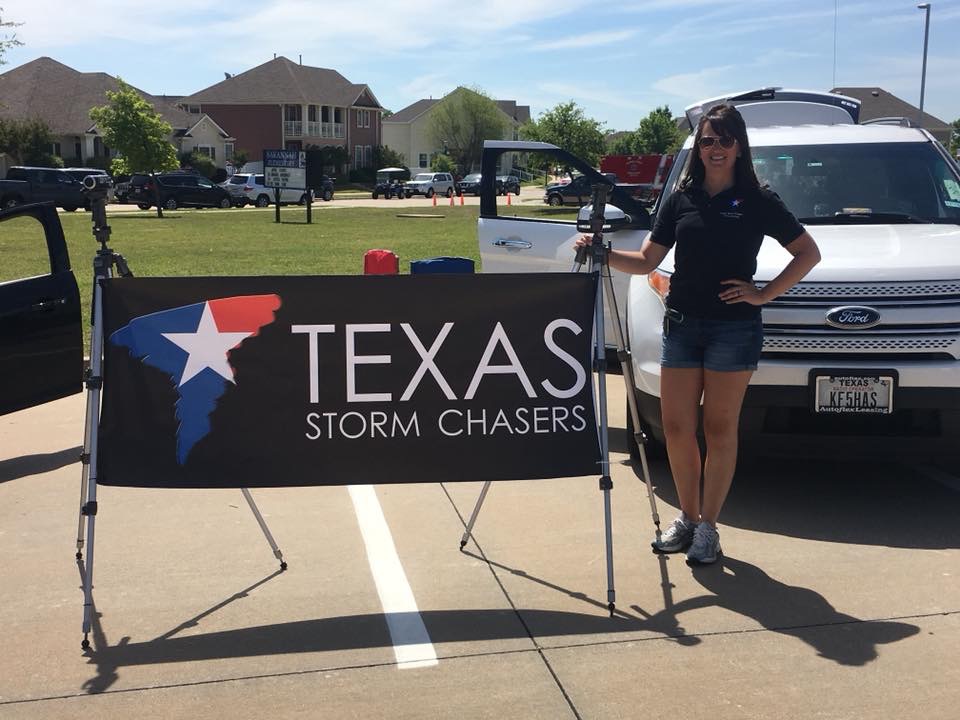 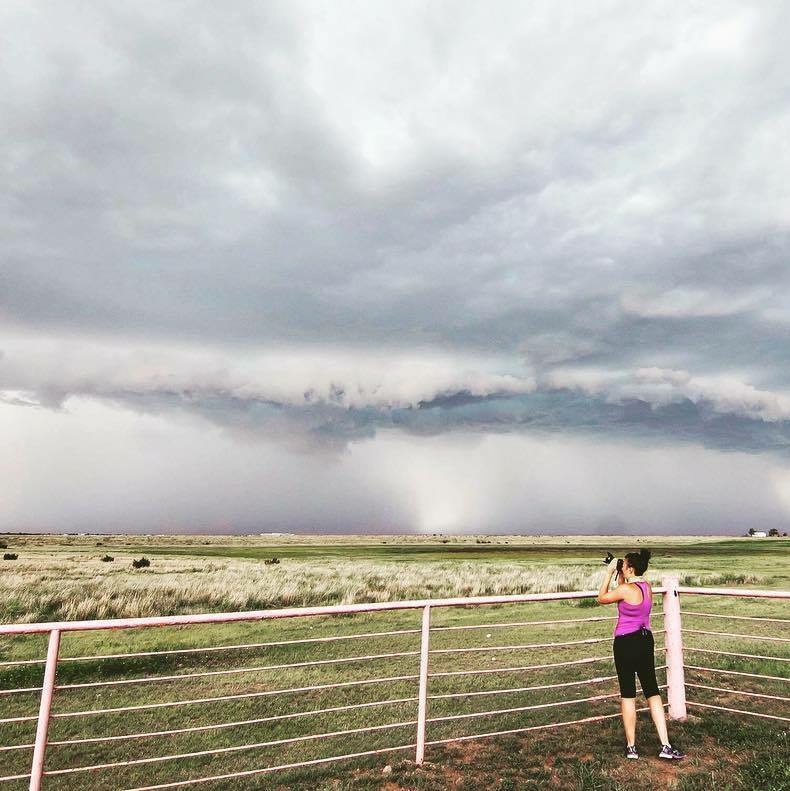 Who else deserves some credit and recognition?
There are so many different influences I could write a book on, giving credit to my success with Texas Storm Chasers. So I’ll go back in time to a moment that was life altering – a divorce. I was in a dark time after my divorce that left me feeling lost and vulnerable. I didn’t know which direction to take my life in, and was scared to dip my toe into the new chapter that had been thrown into my life book on a whim. The very first thing I can think of that turned all that around for me was listening to Les Brown motivationals on YouTube. On my way to work every day, on my way home, while I got ready for work, I listened to his YouTube channel. I soon found favorite segments and would listen to them on repeat daily. It was then that I discovered having a positive mindset was key to achieving new and great things, and I truly believe that newfound mindset led me to where I am today in life, in love, and in my career.