We had the good fortune of connecting with Jackquelyn Brown and we’ve shared our conversation below.

Hi Jackquelyn, what are you inspired by?
Although I believe my love for photography grew as a child and before I realized it could be a career, my inspiration for becoming a photographer first began in middle school, when I was obsessed with “America’s Next Top Model” hosted by Tyra Banks. Before seeing Nigel Barker on the show and realizing it’s something you can do for a living, I was in 3rd grade asking for more disposable cameras to take pictures with. I remember my family ridiculing me for “wasting film” for not always taking pictures with my friends, but shooting landscapes and objects (which all came out horrible, nonetheless), but then at 12-years-old, my aunt bought me my first digital camera. I used that thing until I was a Sophomore in high school, and my art teacher, Mr. Lee at Putnam City West, was also a photographer and introduced me to Photoshop, and my passion grew from there. I must say, now that I’m capturing portraits, weddings and milestones for others, my inspiration has shifted from the realization of getting to do something I love as my career, but it also stems from a place of loss and wanting to capture every moment for others to savor beyond their generation. My mother passed when I was 16-years-old, and I cherish the photographs I have with her. I have also photographed clients with family members, including mothers, with terminal illnesses who have now passed, and I am eternally grateful to capture those moments they shared with their loved one before their passing. Sorry, I don’t have a motivational speech to share on how artistic or edgy and fashionable I strive to be, but I prefer to capture the raw and realness of just being alive. 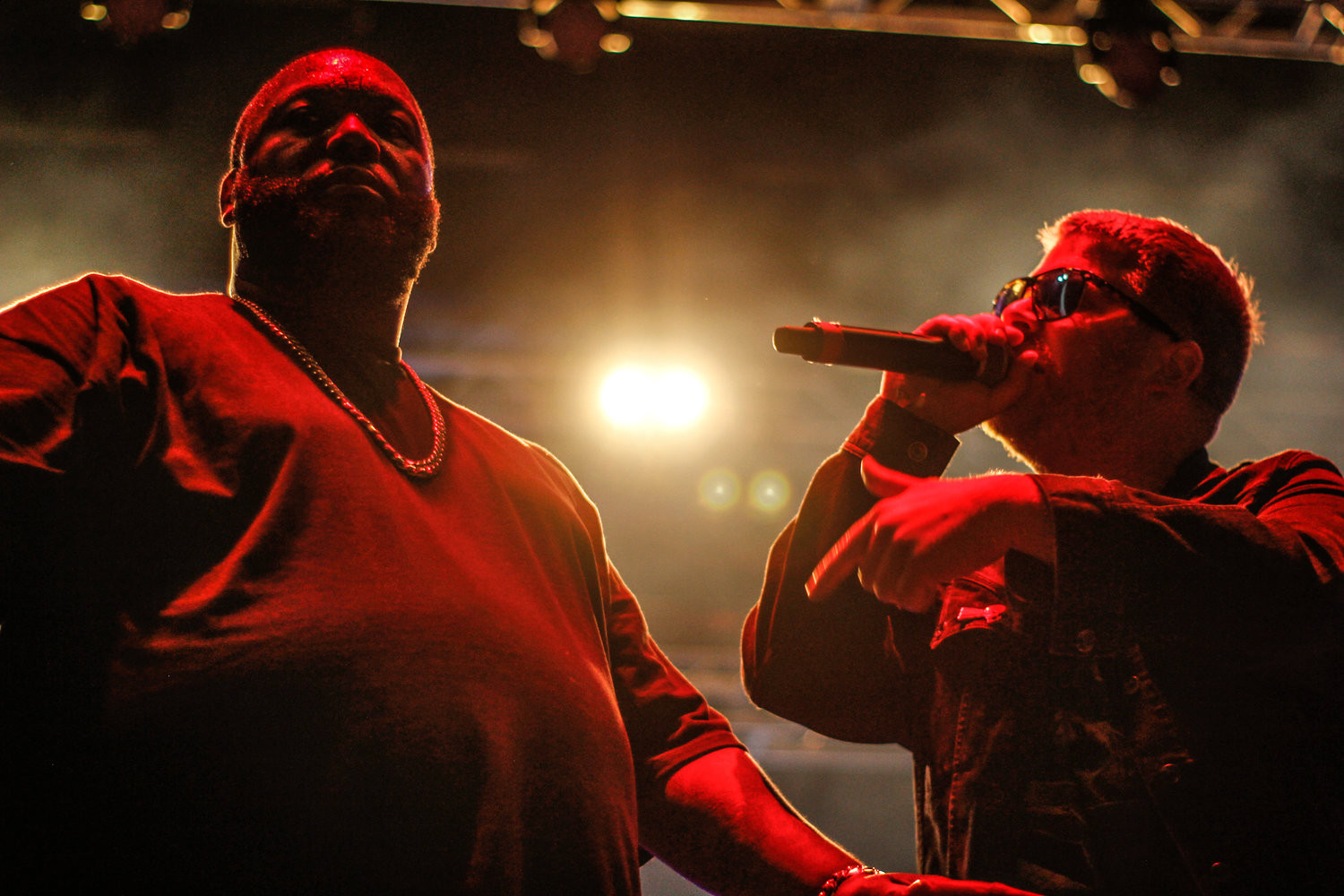 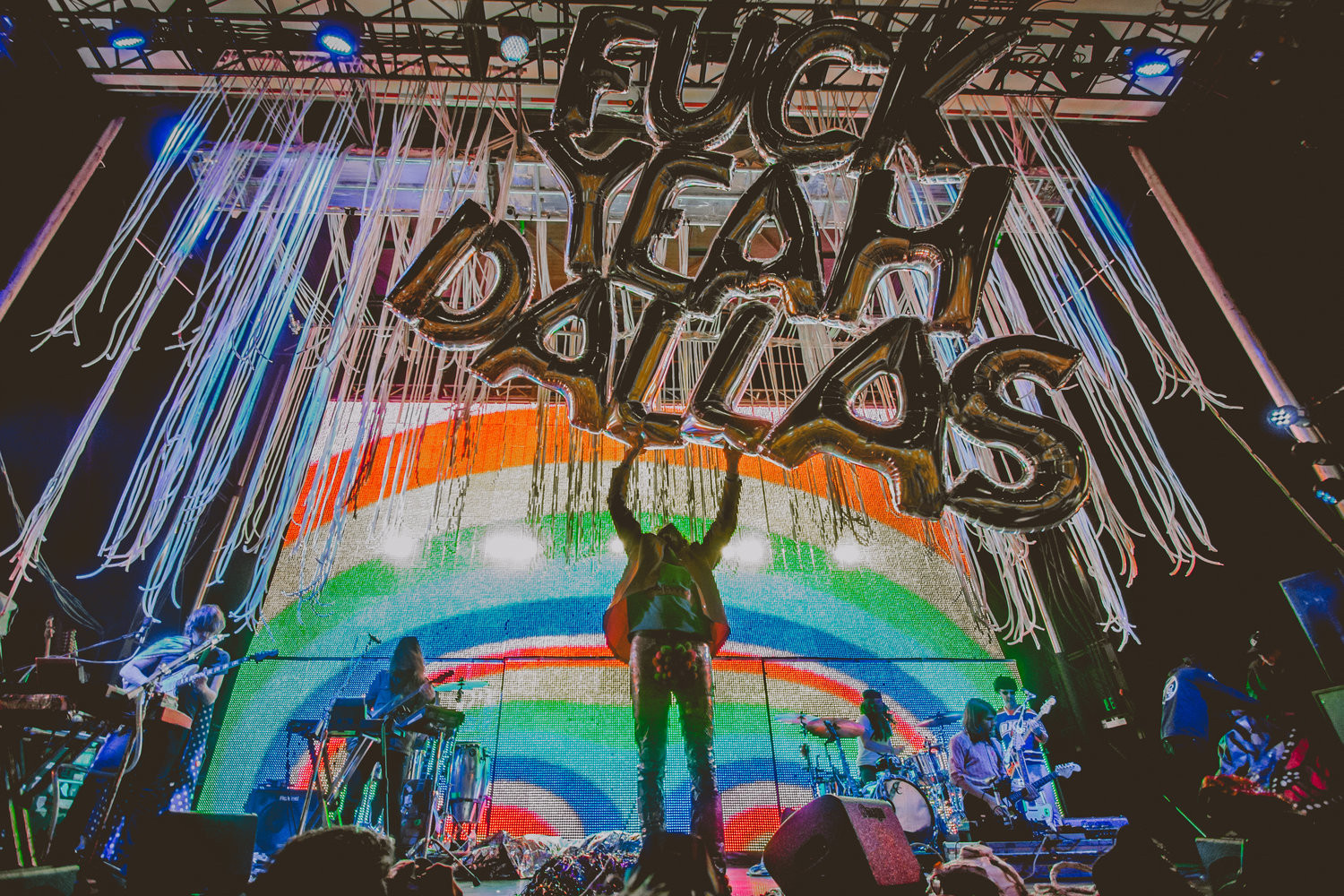 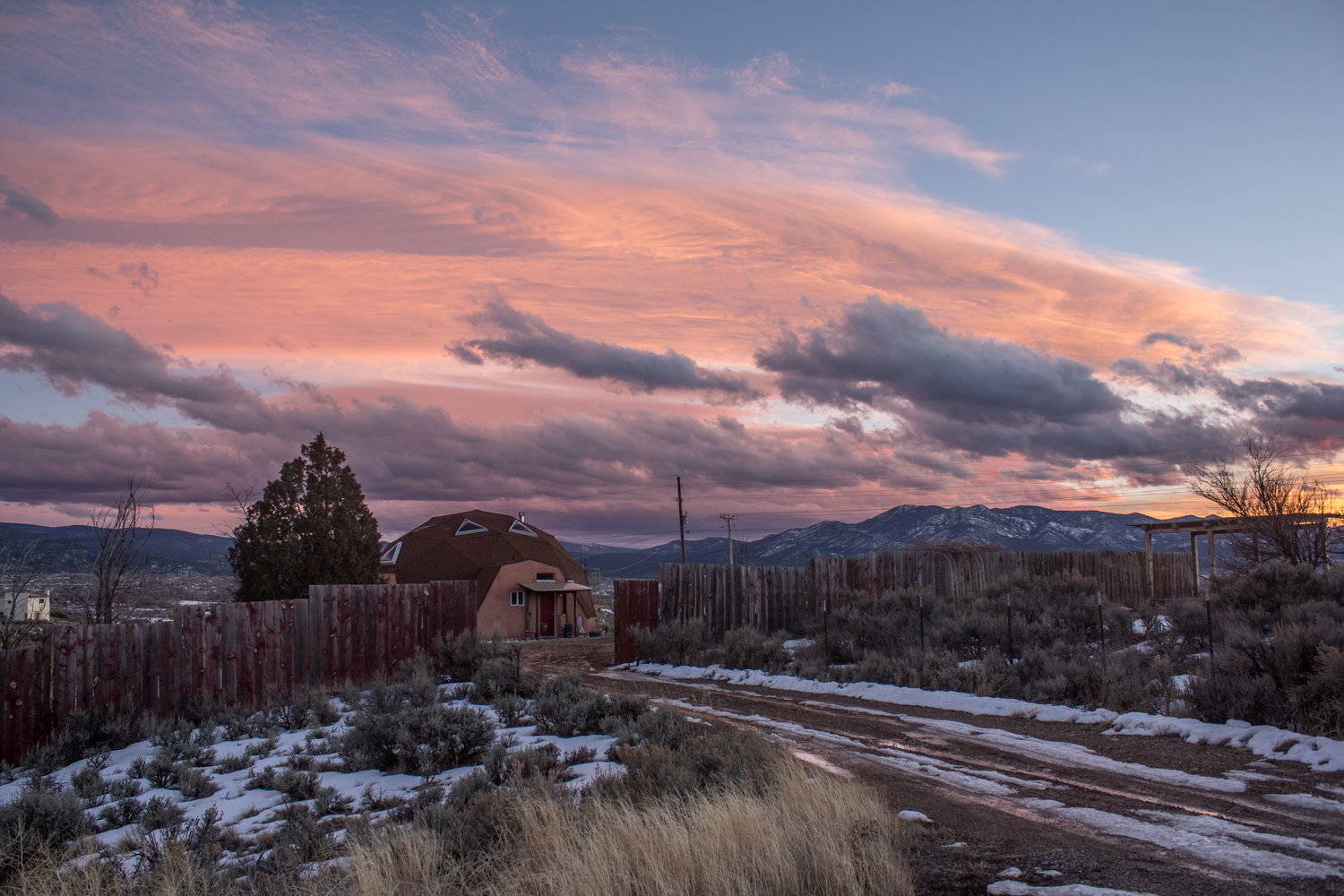 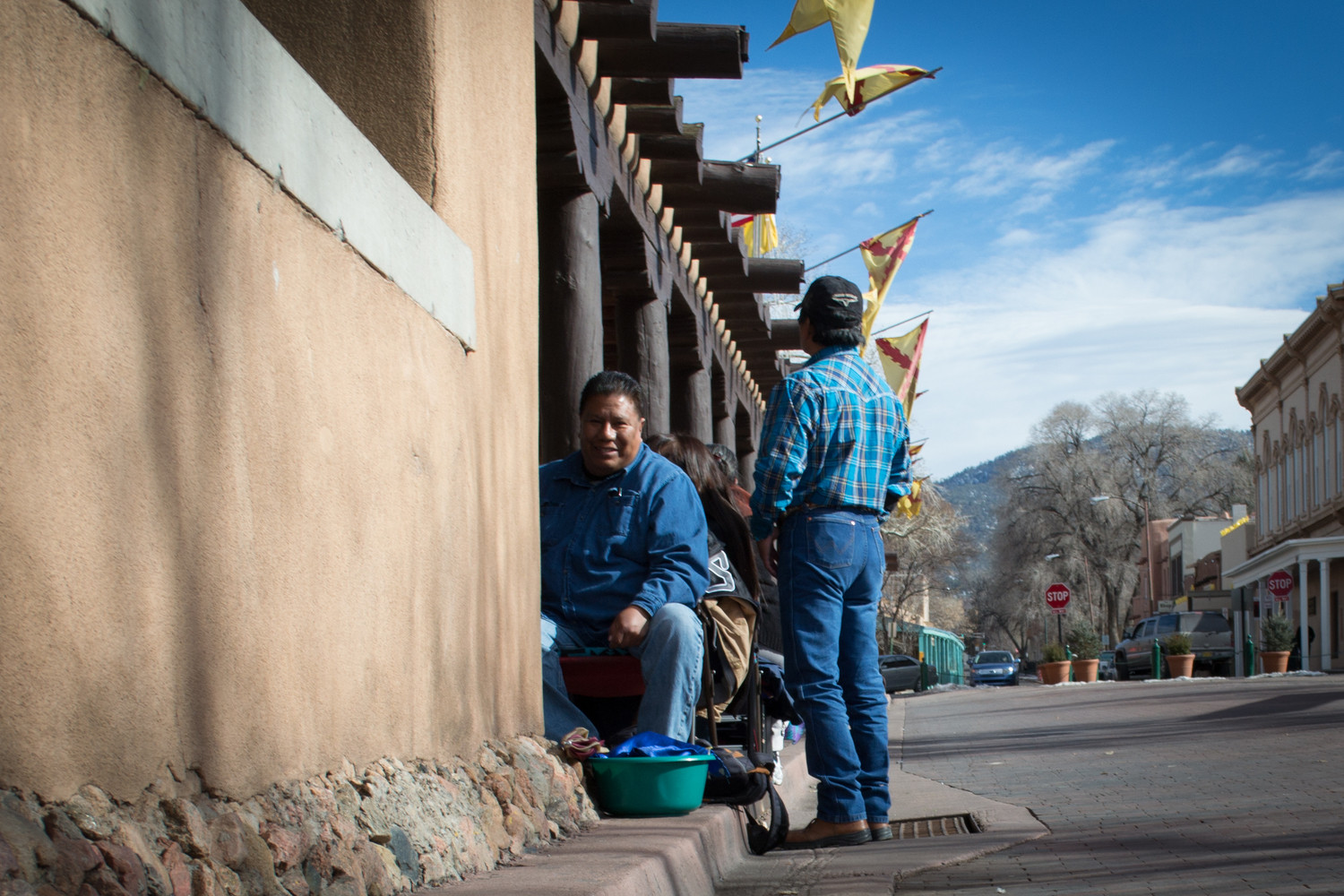 Let’s talk shop? Tell us more about your career, what can you share with our community?
I would imagine if anyone said it was easy to get to where they are, they’re either lying or everything was handed to them from the upbringing. However, I still have a hard time expressing the hard work I know I have done, but everyone who cares about their passion and career works hard, so that is a given, at least to me anyway. I am starting to get to the point where other blossoming photographers have asked what I have done to get here, and I will be the first to say that I still have such a long way to go, but I also find the beauty and joy in every project I take on. After getting my first professional, DLSR camera in 2012, I just happened to have a friend I was graduating with in high school that was pregnant, and I photographed her maternity photos. I love live music, and would take my camera out with me everywhere and photograph street life and concerts at the bars in Deep Ellum, and yes, I had a fake ID and a few connections that would let me in if I would lay low (haha). I was later introduced to Deep Dallas Music founder, Jessica Martinez, who took me under her wing in 2014 and gave me press passes to any and all music festivals that we could cover. I was still finding my style, and would argue that that is still an ever-changing thing as you grow. I was enrolled at Brookhaven Community College for one year, since I was granted “conditional admission” from SMU due to the strife I faced just to graduate highschool in Texas with the workload I had to complete, so my grades suffered a little from being spread thin. I was living on my own, or well, with roomates, and started taking on any freelance photography projects I could get my hands on to pay bills while keeping my grades up to get into SMU. Admission granted, and I continued learning what I liked as a professional photographer and started attempting to curate my work to gain the type of clientele I wanted. I majored in Journalism and minored in Photography, since they don’t offer that as a major, but Journalism opened a whole new can of worms for me, and resonated with my love for human rights, and that’s where I began learning about videography and story-telling. One of the questions is what would I like the world to know about my brand, and that’s that I just want to capture memories for others to cherish, and tell peoples’ stories that are worth telling–which would be all of them. Fast forward to now, where I am currently a Marketing Photographer for an ecommerce website, you know, for the stability and healthcare benefits, but my close, professional relationships mean the most to me and being my true, unapologetic self is important, so even my boss knows that my true passion is not photographing prodcuts to sell online, but still putting my whole heart into what I represent, and ultimately photographing people and sharing their stories in this age of leaving such a huge digital footprint, and hoping to leave something of substance once I’m long gone.

Let’s say your best friend was visiting the area and you wanted to show them the best time ever. Where would you take them? Give us a little itinerary – say it was a week long trip, where would you eat, drink, visit, hang out, etc.
Honestly, in 2020, it is hard to suggest what others should go out and explore while we’re all just learning how to adapt to the changes. Instead, I’d like to mention what I miss about the city of Dallas. I miss the live music in every bar in Deep Ellum, seeing familiar faces and ask what show they’re heading to along the way. Getting late-night grub at Serious Pizza, and running over to Taboo Tattoo to seemingly annoy the employees merely with our existence for walking in and wanting to give them money for piercing services (not that that was a regular routine, but I have taken a couple friends there from out of town and shared the same experience both times). Going to mine and my fiance’s personal favorite, Three Links, and seeing the too-cool-for-school punks who are actually the sweetest people you’ll ever meet once you’ve gotten past their tough exterior. Walking out of a bar and seeing a couple making out, or someone throwing up on the sidewalk with their friends, there’s genuinely no in between. I like the nitty gritty of everything and try to show my friends the highlights as well as the lesser known, beaten paths while showing them a good time. 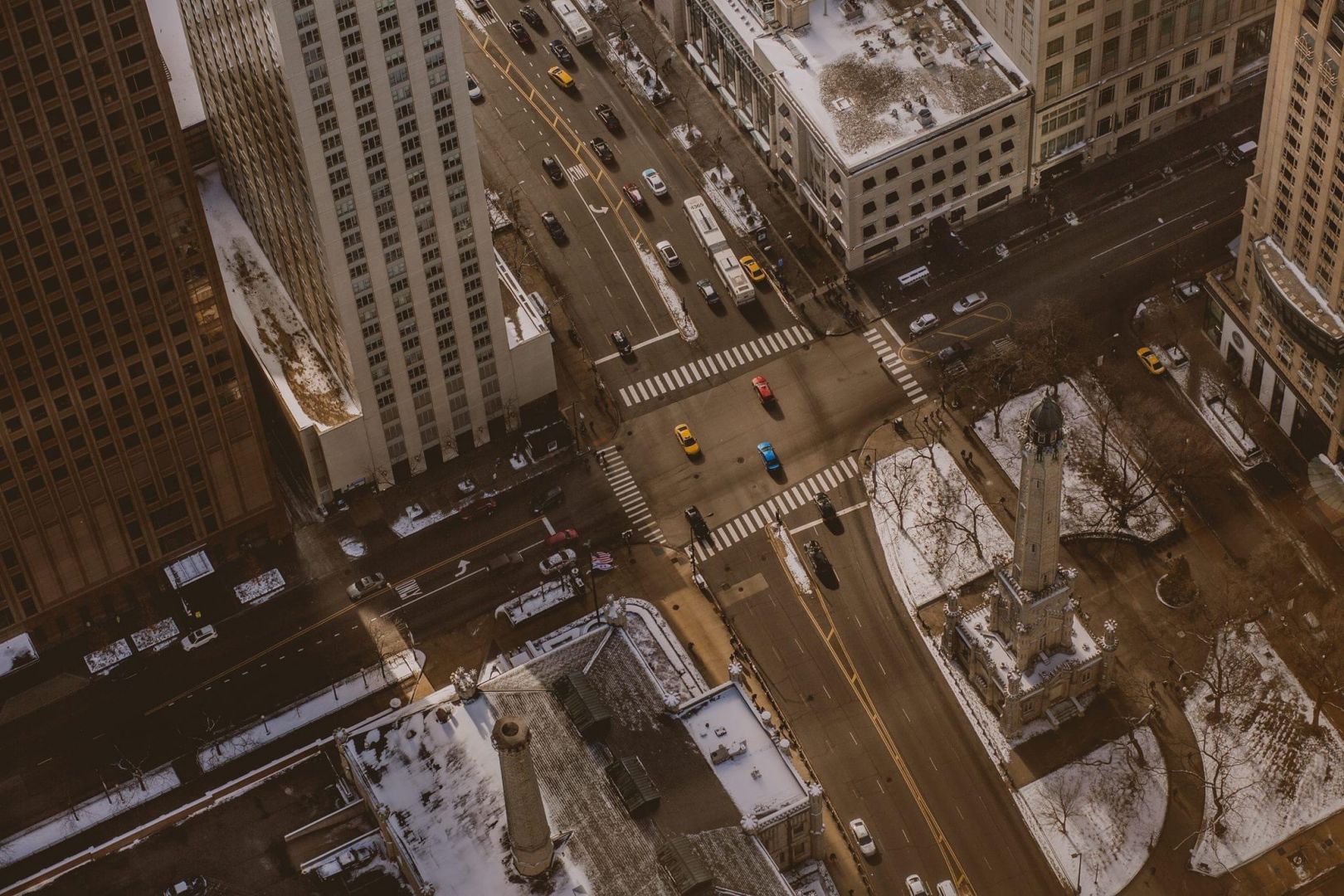 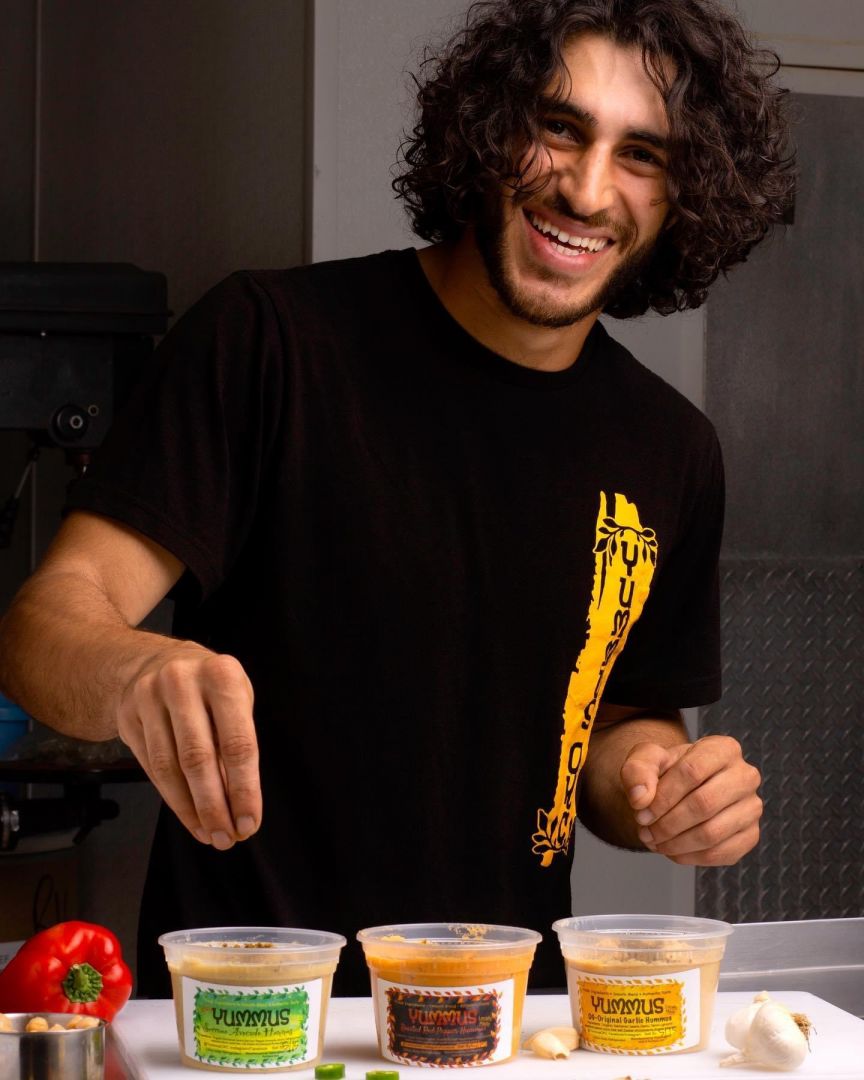 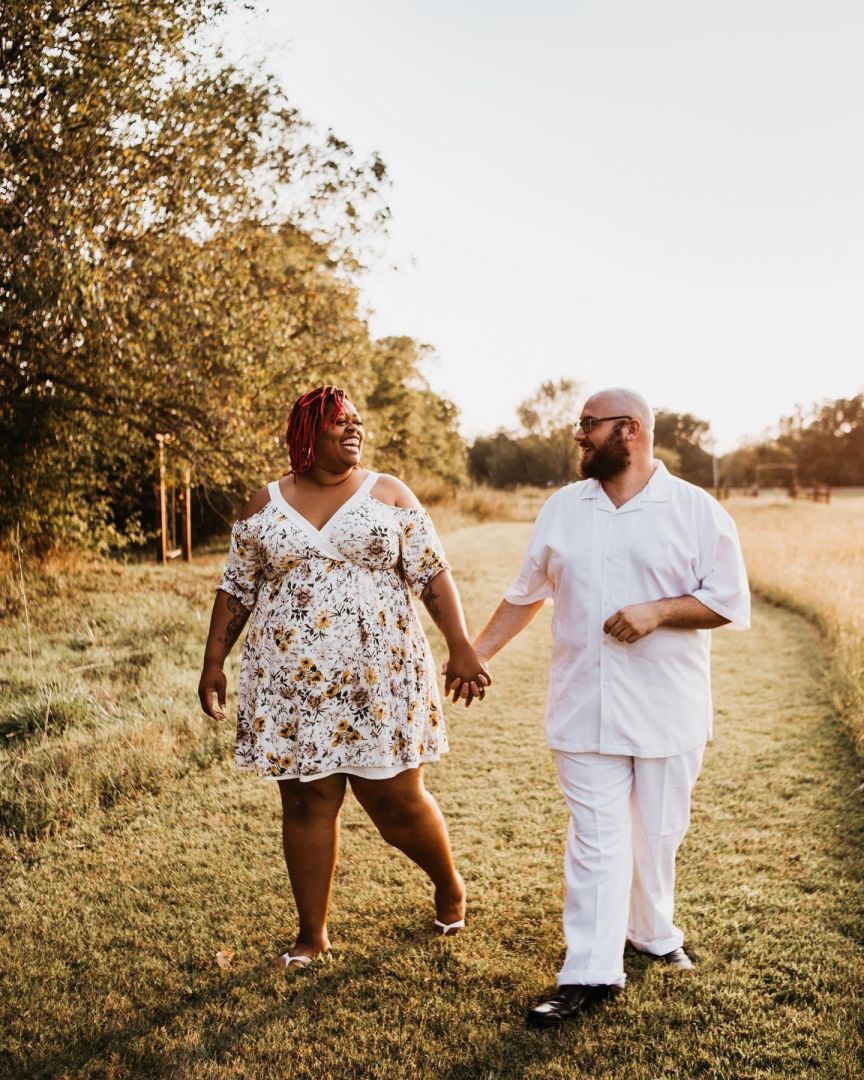 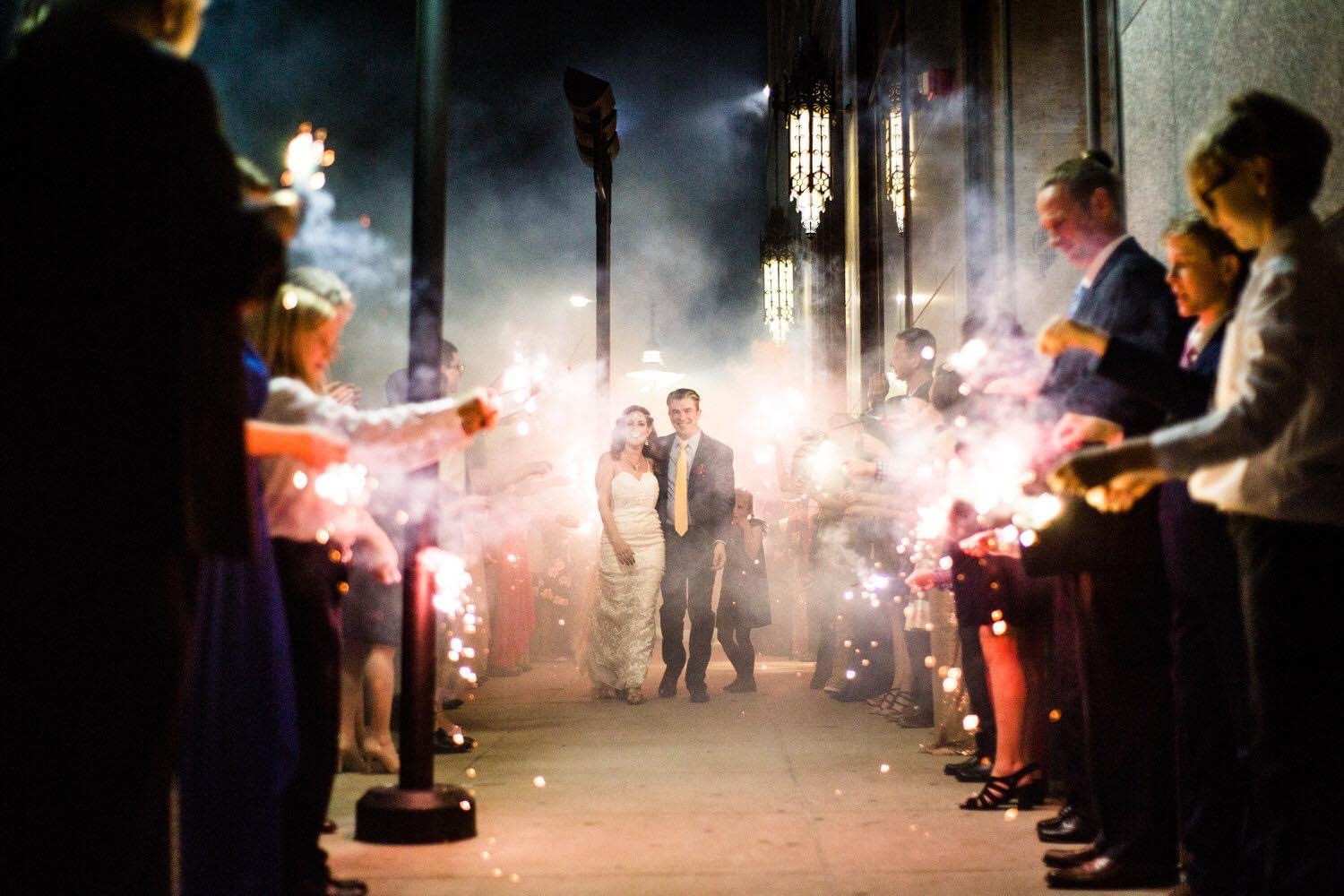 The Shoutout series is all about recognizing that our success and where we are in life is at least somewhat thanks to the efforts, support, mentorship, love and encouragement of others. So is there someone that you want to dedicate your shoutout to?
It is difficult to try to summarize the gratitude I have for everyone who has supported me along the way, but I will try. I’m thankful for my aunt, Martha King, for giving me my first digital camera and continuously supporting my passion. She introduced me to other phenomenal photographers in the field, and still sends me emails of what other photographers are doing for the campaigns to assure I’m in the know. I will never forget that on October 27th, 2012, my aunt-in-law (no other way to describe her, but she’s family), Cheryl Cook, for purchasing my first DSLR camera when I moved to Dallas, TX from Oklahoma City, OK. That is when my photography career truly began, and I am thankful to say that I have had numerous mentors and openly insightful photographers willing to share their advice when warranted. I was photographed by Danny Fulgencio for the Oakcliff Advocate for a feature on Seniors graduating while facing adversities, since I had just lost my mother and moved during my Senior year of highschool. It is a miracle that I was accepted into Booker T. Washington High School for the Performing and Visual Arts, which pushed me and surrounded me with other admirable artists, and made me realize I am a very small fish in a huge ocean and would have to try really hard to make a name for myself. To graduate in Texas, I had to take 11 classes just to have the amount of requisites required after transferring from Oklahoma’s standard. It was an incredibly pivotal moment in my life that I knew would either make or break me. I managed to graduate, pursue photography in full force, and to go back to my aunt Martha, my mother’s sister, who funded a European, month-long trip that I got to take my Senior year that changed my life. It was an educational, heavily-monitored travel (I joked that it was “international rehab” because I thought I was grown and didn’t need surveillance) that is offered annually by Mrs. Reitz, the World History at Booker, so it was six young ladies total and I had my camera in hand the entire time. Being from a small town where many people never leave the state, let alone the country, that trip made me realize that there is so much out there beyond our own reality. I was never, ever a trust fund baby and came from a broken home of two convicts, but that experience opened a new part of my life, and I know that comes from a place of tremendous privilege, and I am eternally grateful to have had that experience. Anyway, other notable photographers that have personally impacted me are Cheryl Cook, Mark Lee, Moses Olmos, Michael Quevedo, Dick Patrick, Jesse Chacon, and David Yates, Other supporters who I have consistently had the most selfless support and encouragement from are Claudia Kaestner, Kasey Barron, Julie Bonk, Joseph Shortell, Giang Le, the clients I have gotten to repeatedly photograph throughout the years, and lastly but not least, my dear family and loved ones, especially my fiance, James Loubriel, whose grandmother was a photographer. He despises having his photo taken, while ironically marrying a photographer, but he witnesses my endless hours of editing and hopefully finds my picture-taking of him a little endearing.

Image Credits
I’m the photographer, so all rights are reserved but I do give full permission to use in the article! The wedding was Michelle and Barkley Sutton at the Carlisle Room in Dallas The rap duo is Killa Mike and El-P from Run the Jewels The “Fuck Yeah Dallas” image is of the Flaming Lips The sunset was take in Taos, NM The street portrait is of Marvin, a jewelry maker in Santa Fe. NM The bird’s eye view of the city was in Chicago, taken at the Signature Room The professional portrait is of business owner Shukri Saman, the owner of Yummus The happy couple is of Leah Shinault and Ashton Haydon