We had the good fortune of connecting with David Truesdale and we’ve shared our conversation below.

Hi David, we’d love for you to start things off by telling us something about your industry that we and others not in the industry might be unaware of?
Prior to helping found Warrior Spirit Project I was a Special Agent with the Naval Criminal Investigative Service (NCIS) and served in that capacity for over 27 years. I rose from a Special Agent position to a Supervisory Special Agent and was ultimately promoted to Resident Agent in Charge, Okinawa, Japan with responsibility for all Department of the Navy (DoN) criminal, counterintelligence and counter terrorism operations/investigations in Okinawa and 1/3 of mainland Japan.. Working in this industry, I served in nine different duty stations spending over fifteen years outside of the United States, and I have worked in 31 states and 15 different countries. I served in Iraq in 2004 with the Coalition Provisional Authority Counterintelligence (CPACI) and led Blue Team on over 80 tactical counterintelligence missions. I also served in Afghanistan in 2011/2012 with a U.S. Special Operations Command (SOCOM) Task Force. 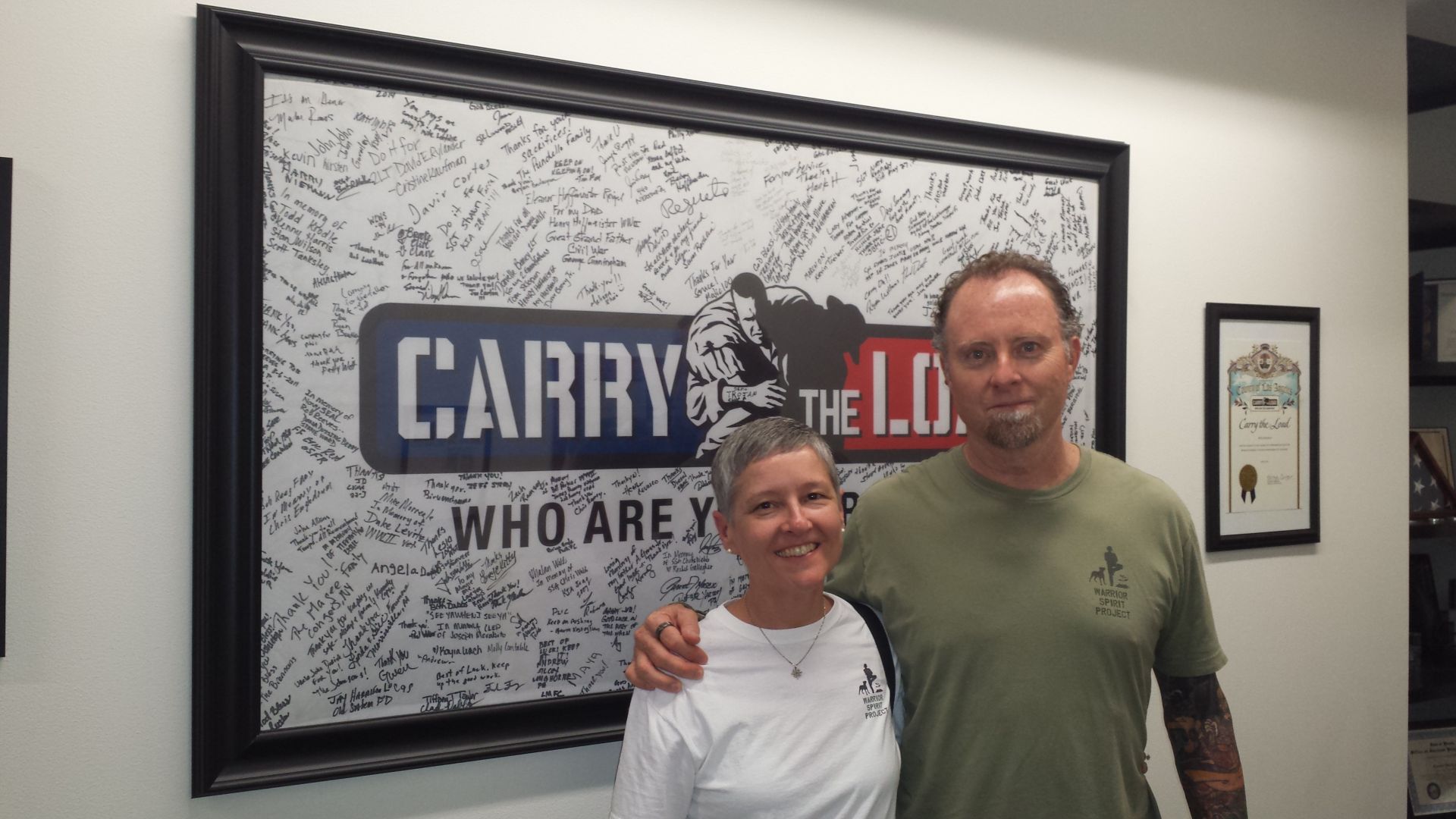 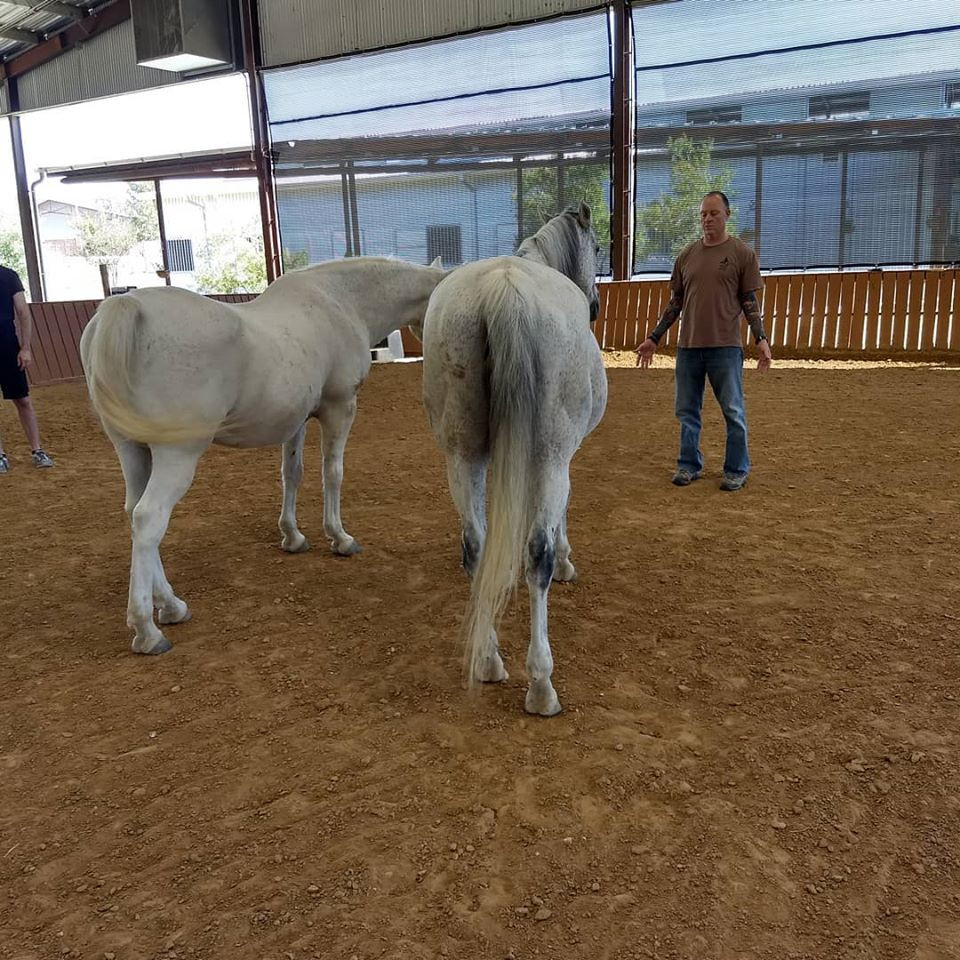 Let’s talk shop? Tell us more about your career, what can you share with our community?
Since I have already talked about my first career, I would like to provide some information about my second career. After my retirement, I had plans to relax, study a foreign language, enjoy physical training more (karate/BJJ) and ride my motorcycle; however, all of that fell apart when I hurt myself training and needed surgery. Following my surgery and rehabilitation Charla was set on starting to teach yoga to Warriors, so I decided I too should join this endeavor. To do this I needed to become a yoga teacher. Having been physically active in martial arts for about 36 years to include teaching a Japanese karate in Japan, I embarked on my yoga teacher training. I had previously practiced yoga; however, there is a huge difference between practicing and teaching. Going to a Hindu Ashram in Austin for a ten-day training for the first half of my training showed me an entirely different side of the mind/body connection. I knew I was on to another chapter or journey in my life. I completed the second half of the training later in the year and then I began honing my teaching style. Since Charla had been teaching for many years, I used her as my mentor and guide. We knew that teaching to Warriors needed to be different than what you might find in a regular yoga studio, because our focus was on teaching Warriors to find a way to slow down and still themselves through the yogic practice. Warriors usually have other ways to get a tough “physical” practice, we wanted to help them find a way to the more nuanced practice. To do this I received additional training through another organization called Warriors at Ease (WAE) and their training showed me that we at WSP were on the right track with our methodology. As a Warrior myself, I too needed to learn to slow down, before I could teach this way, because you must practice what you preach. As my practice and teaching evolved, I slowly became the teacher I sought to be. I can now practice in a public place without a full focus on the door, exits and other people from a safety and security perspective; although I am still fully aware of my environment. Because everything WSP does is free for Warriors and every one of our teachers is a volunteer, including Charla and myself, we have grown our teachers through the Warrior community, and at the end of 2019 we started a 200-hour Yoga Teacher Training (YTT) program. This year-long training will ensure the methodology we ascribe to will continue to spread, as all of our current students are from the Warrior community, and most are still connected to their peers. Since we believe that yoga is for “any body” we would like to sponsor physically wounded warriors for our next YTT to encourage the spread of this practice. 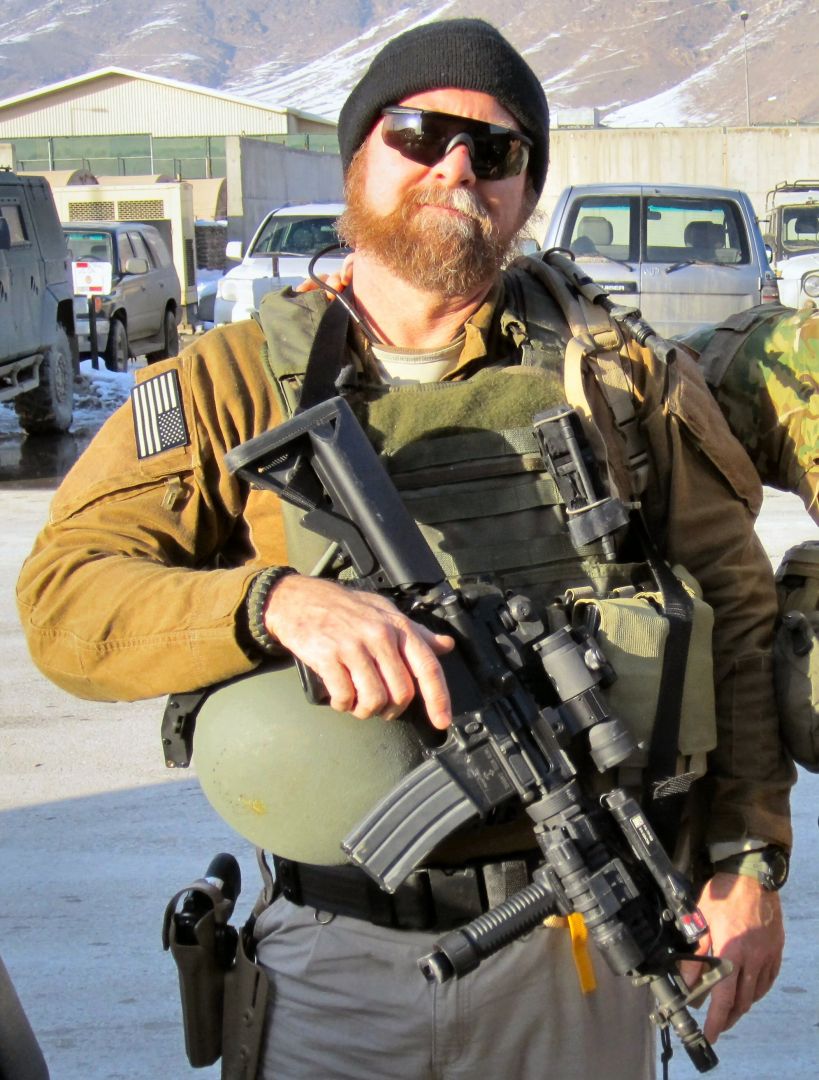 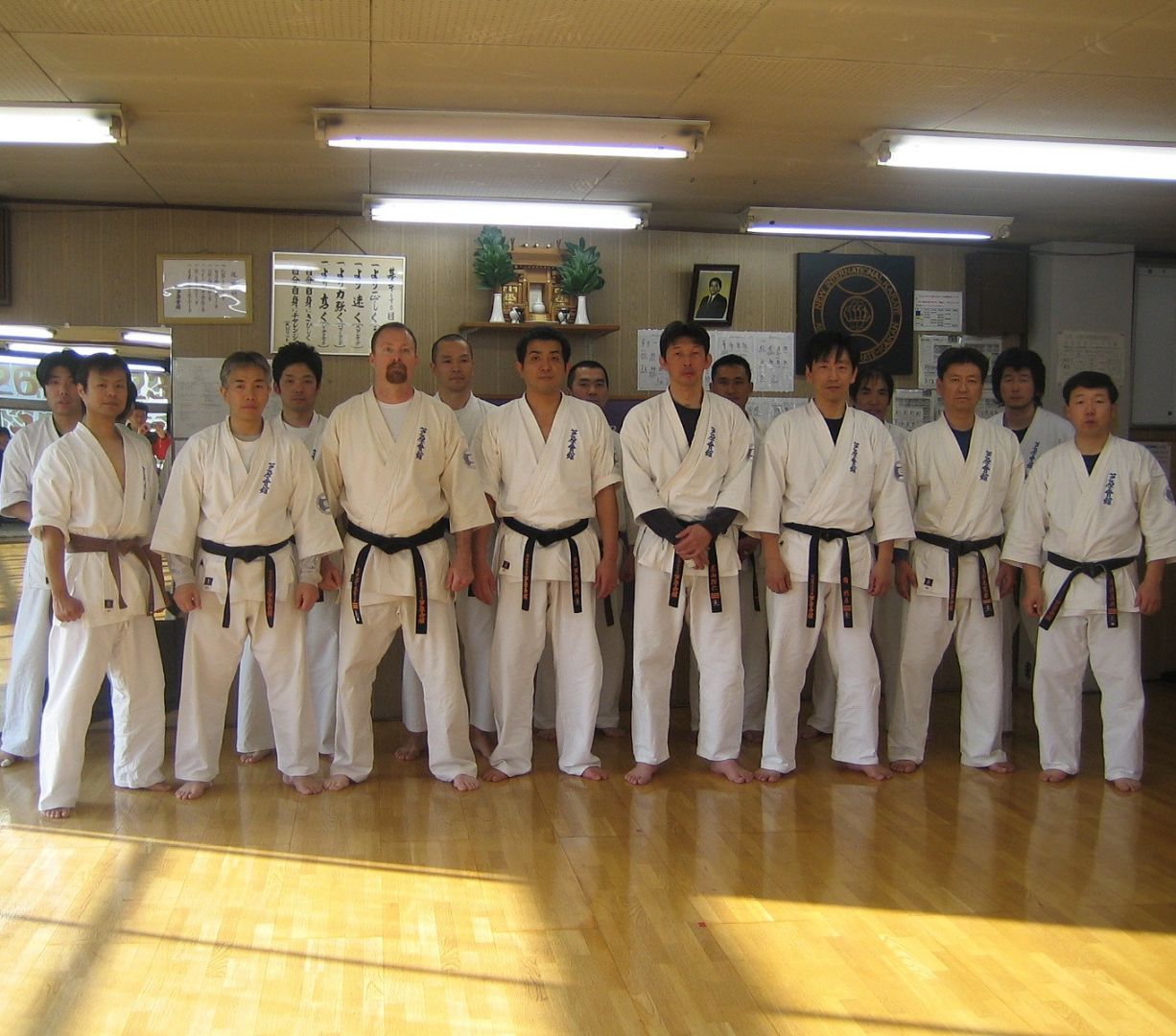 Any places to eat or things to do that you can share with our readers? If they have a friend visiting town, what are some spots they could take them to?
Because we have hosted many family and friends to the Dallas Fort Worth area, we are especially fond of eating at Veracruz Café, 1427 N Highway 67, Cedar Hill, TX. They have an amazing style of cuisine from the Mexican state of Veracruz, which is uniquely different than many of the Mexican restaurants in this area. If you visit them and indulge in adult beverages, try their margaritas, but definitely have a designated driver. I would also take visitors by the UT Dallas, Center for Brain Health, Brain Performance Institute, 2200 West Mockingbird Lane, Dallas, where we have been providing WSP programs to warriors, since they opened. I have also taken visitors to the Crow Museum of Asian Art, as I am fascinated by Asian art and it is an amazing Museum, which coincidentally also provides programs for veterans. The last place I would take them would be the Farmers Assisting Returning Military (F.A.R.M) Urban Farm Park, located at 700 South Good Latimer, Dallas. This is another group of amazing people who are providing programs for veterans, that we have known since the beginning of WSP. As a matter of fact, the first yoga and meditation class for WSP was taught at their prior location in Desoto, TX. If you haven’t quite figured it out, our prior professional career and our current volunteer career surrounds the men and women warriors who dedicate and sometime give their lives to protect the freedoms we all have in the U.S. 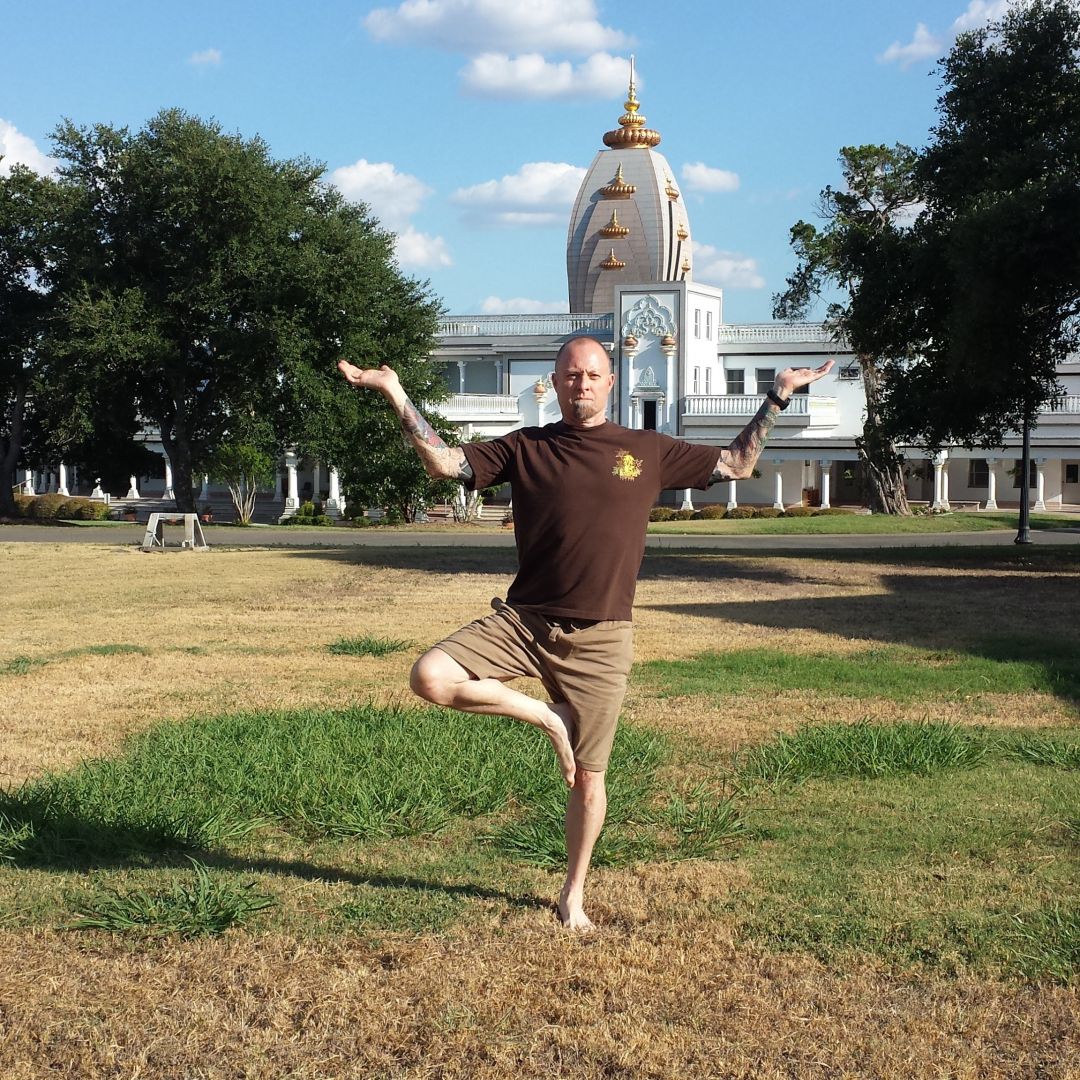 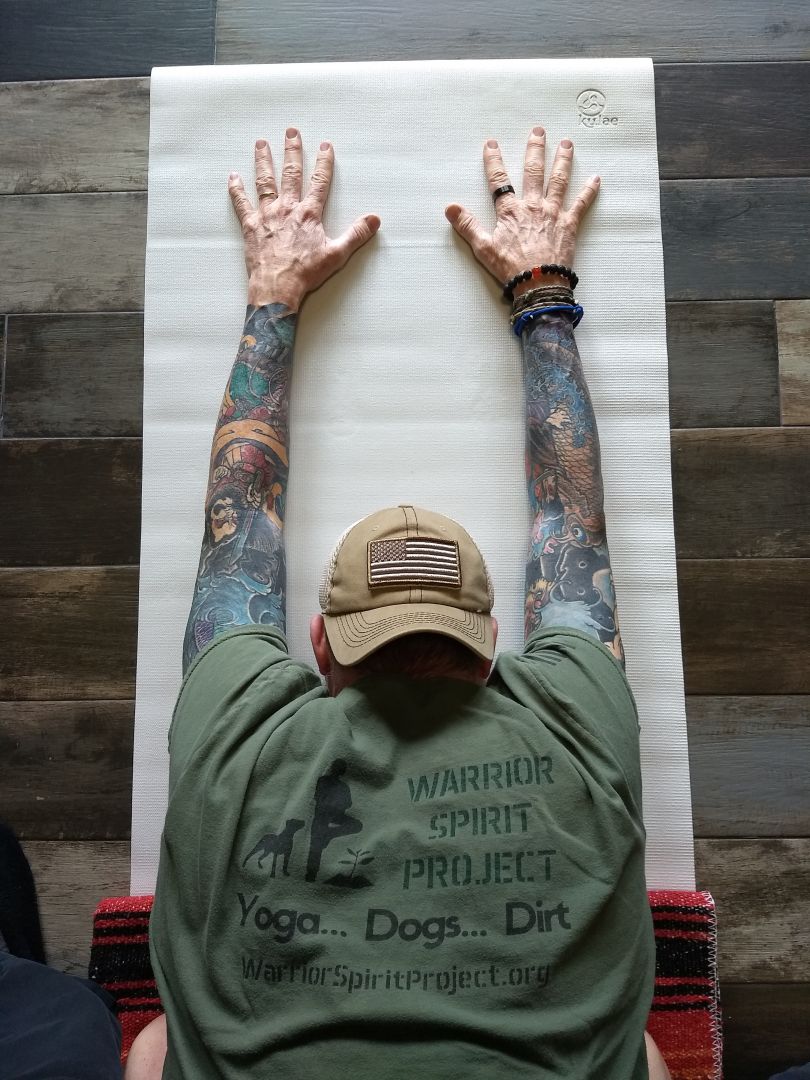 Who else deserves some credit and recognition?
So, nothing I have accomplished in my prior professional career or in my current position would have been possible without my wife Charla. I met Charla during college in Nacogdoches, Texas and had we not gotten together, I can see my life would have gone in a very different direction. I grew up in a Marine Corps family, my father was a career Marine officer, and both of my older brothers entered the Marine Corps shortly after high school. I did not enter the Marine Corps after high school, instead choosing to try my luck in college. Having a discussion with my father about joining the Marines, he asked that if I was going to do it, to at least complete college and apply to become a Marine Officer. After college graduation I applied to Officer Candidate School (OCS); however, the OCS class I was seeking only took two applicants from Texas and I was not selected. Shortly after college Charla and I decided to get married and because of this I sought and found employment with the State of Texas, instead of trying to join the Marine Corps again. Ultimately my employment with the State of Texas led me to my career with the NCIS. During my career, Charla endured all of the transfers, the numerous deployments and the many missed holidays, birthdays and anniversaries. She also found a career in the health education field, which she was able to pick up and move each time I was transferred. After my Federal career ended, Charla had a desire to continue to serve the military veteran population through the healing power of yoga and meditation, which she had been teaching and practicing for most of the years we traveled for my position. Because my career was serving as a Federal Law Enforcement Officer with the military, and leading military members on Counterintelligence operations in Iraq and Afghanistan, my need was also to continue to serve those that I had previously served with. Now following her lead, I trained to become a yoga teacher and together we became iRest Meditation teachers. Together with another founder we started the Warrior Spirit Project, an all-volunteer 501c3 non-profit, providing free services to veterans and first responders (Warriors), which is what we continue to do to this day. Although the COVID-19 pandemic has changed the way we continue to serve, we have adapted and changed to continue to provide the services we previously did, only in a different setting. We have had to take our in-person training/programs to a virtual setting; however, because of this, we have actually reached some people which may have never set foot into a yoga or meditation class. The years of service with law enforcement and the military has taught us to adapt and overcome. Use your past to aid your future.