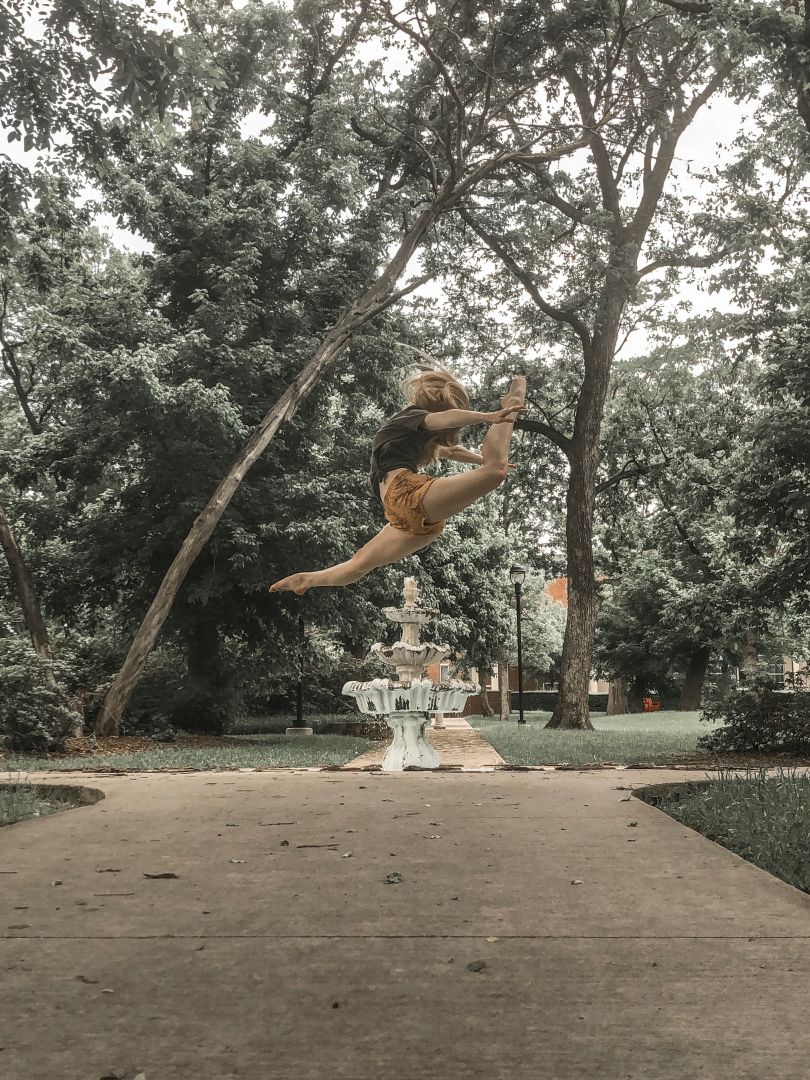 I’m from Fort Worth, Texas, and I had a little bit of a rough start in life. My family literally began to crumble when I was about 11 years old. Parents divorced, siblings caught in the middle and separated, definitely not an ideal situation, but dance was always a constant in my life. When things at home weren’t looking so bright, I would go to dance and suddenly nothing at home mattered anymore, and everything was perfect. My background and upbringing is what made me who I am today. My dance teachers ended up adopting me when I turned 17, and that is one of the best things that has ever happened to me (besides dance itself). Tough situations can do one of two things to a person: defeat them or light a fire under them. Lucky for me, mine lit a fire under me. I crave success even more because of the hardships I have faced. Because of every single person who told me “no.” Because of every single person who didn’t believe in me. I thank God that I was pulled out of my home situation when I was, but it did have such a huge contribution making me into the strong willed, highly motivated and driven person that I am today. Read more>> 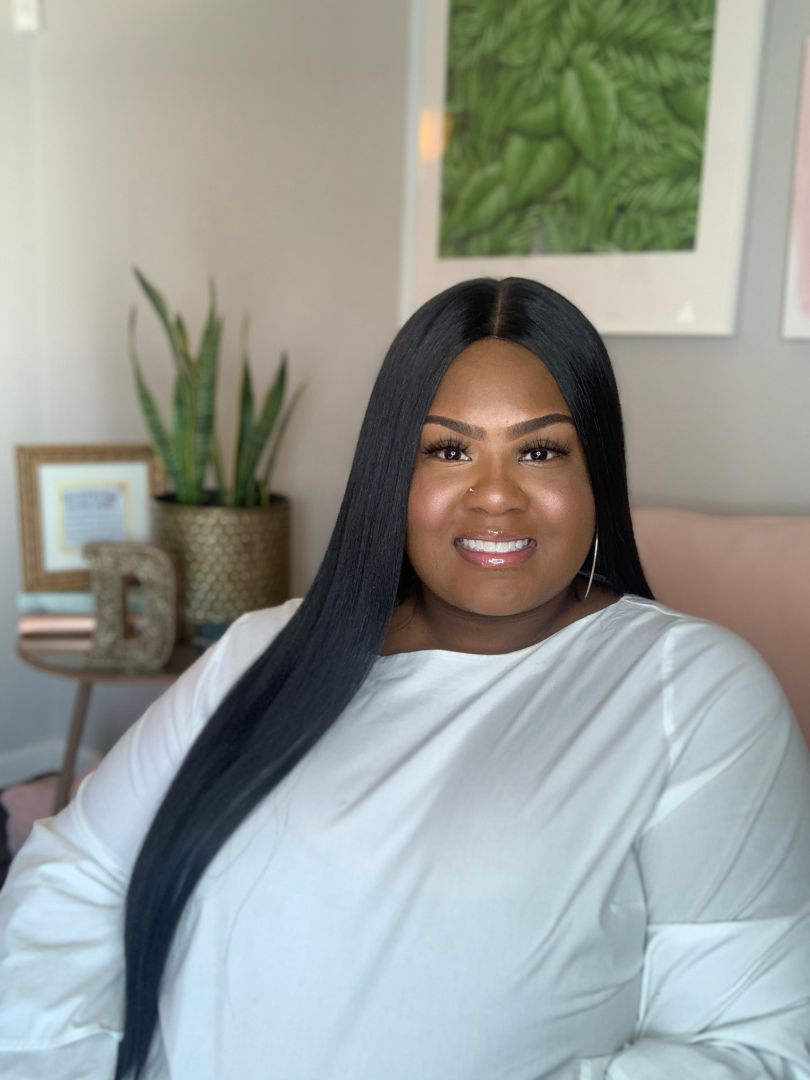 Where I am from has had a tremendous impact on my outlook today, I was born and raised in North Carolina. I was reared by a single mother who championed my brother and I in the lure of her physical disabilities. It was my mother’s fortitude and persistence that fuels my hunger for success. At an early age, I understood I was different, and I developed this rigid outer shell that allowed me to tune my environment out and hone on a specific task, at times almost to a fault. The value of education in my family was immense, but the idea of entrepreneurship was not a term that was ever mentioned. After Undergrad, I quickly realized how unprepared I was for the real world; college had not prepared me for life, work, or the progression towards success. It was not until I enrolled in Graduate School. As Soon As I began school, I found my “why.” For years, I struggled with reading, math, and just general enthusiasm for school. However, with Graduate school, things were not the same. I worked relentlessly, I understood so much about managing a business that I finally felt confident enough to start my own. Read more>> 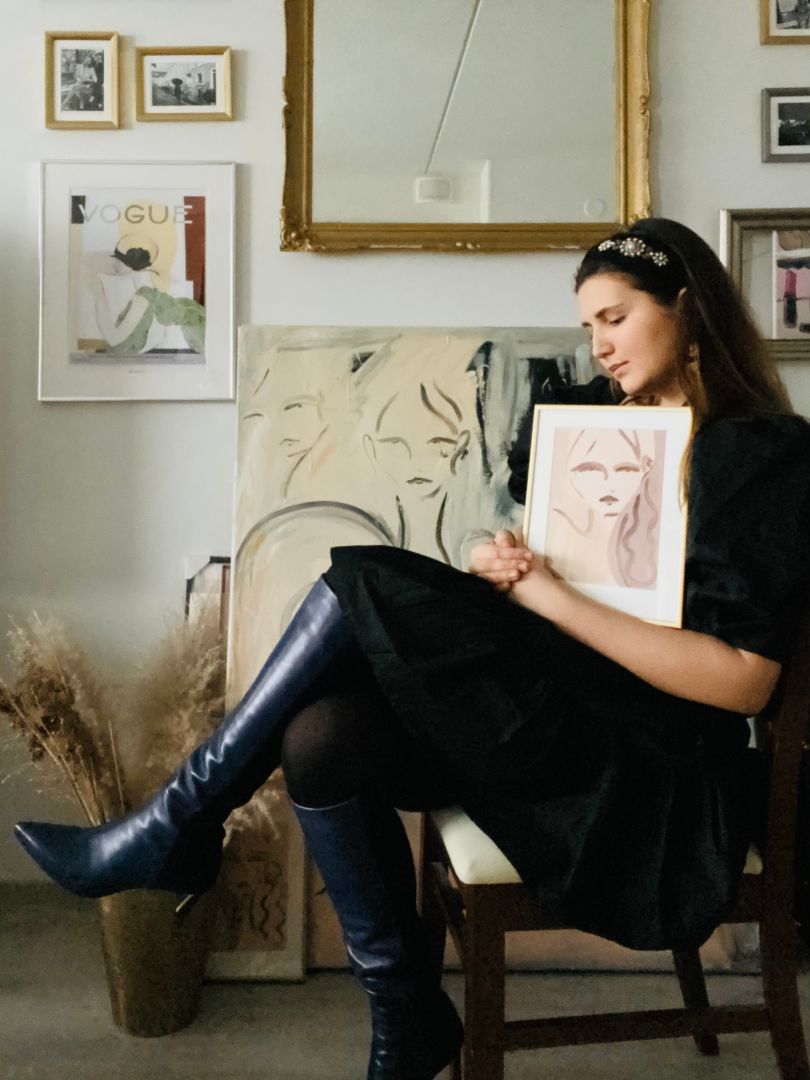 I am originally from Los Angeles, California. I grew up there for most of my life. As an only child who was home-schooled for most of my upbringing, I had a lot of time to dwell off into my own world of fantasy and built images and events up in my head. I was always drawn to arts, drawing and painting early on felt natural and easy, plus I was good at it, very good for a young kid. My mother is Finnish and father was American. they divorced when I was 6 years old, but continued to live together. Me and my mother did do a lot of travelling together, she wanted to find another home somewhere else so we travelled and lived abroad for short periods of time. We lived in Hawaii, Florida and Paris, France. Growing up we also moved around a lot even in California. I was constantly changing neighbourhoods and scenery. I think that all that moving around and being shown different ways of living has definitely shaped my world of what is ideal and made me curious and open to change. Being a quiet, shy, artistic child, home-schooled and hanging out mostly with adults made me want to be older than I was. I developed an appreciation early on for things only adults would understand. Read more>> 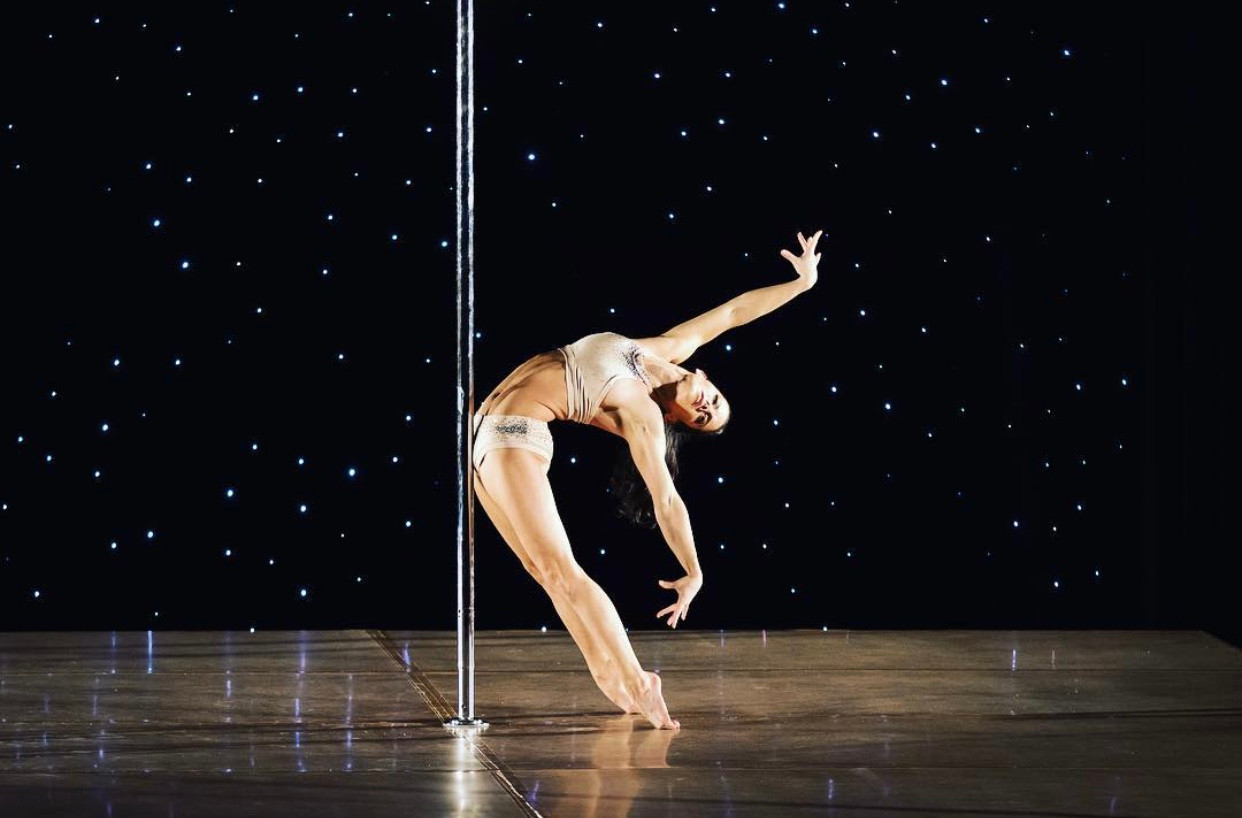 I am from Indianapolis, Indiana. My family and I moved to Plano, Texas when I was 10 years old. I was a gymnast growing up. I went to World Olympic Gymnastics Academy and trained with Olympians, Carly Patterson and Nastia Liukin. My coaches were Russian and the gym’s motto was “Train Hard or Go Home.” The environment was very strict. Very structured, and disciplined. I trained 7 hours a day with a 3 hour break for home school in the afternoon. If you cried, you were sent home. If you messed up a skill multiple times, you were ordered to do rigorous conditioning and then return to the skill. If you continued to mess up, you were sent home sometimes for days. This rigged, perfectionist environment brought out my OCD gene which stands for Obsessive Compulsive Disorder. I became so anxious about performing perfectly for my coaches that I formed rituals to cope. I had hundreds of rituals ranging from wearing certain leotards on certain days to putting chalk on my hands a particular way to touching, tapping, and repeating words in multiples of four. Read more>> 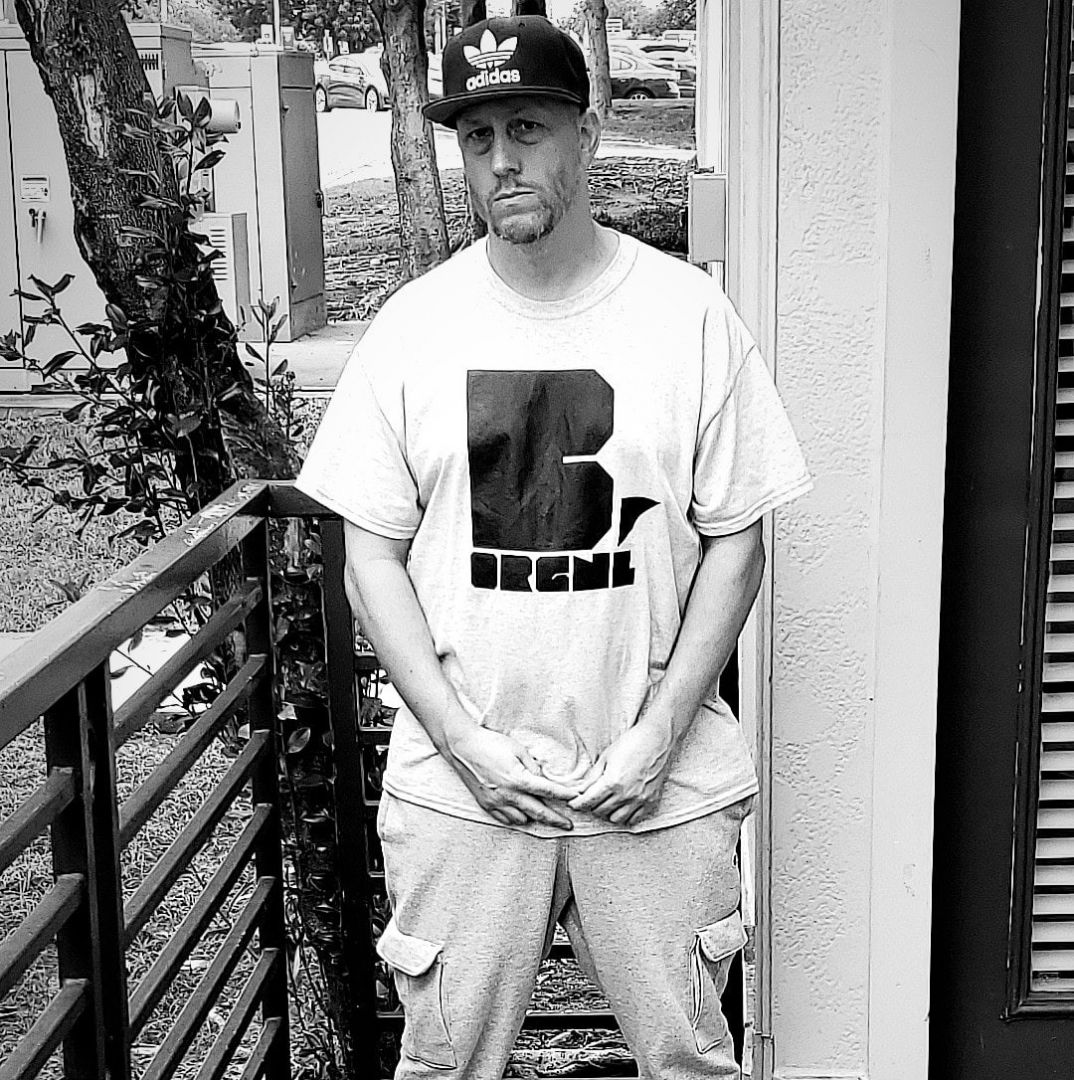 I’m from Dallas, originally from the North side and It definitely impacted me in a big way because my household and neighborhood was very diverse. Not only music wise but also culturally. My immediate family and friends listened to many different kinds of music and all genres were played in my household. I didnt realize how much it had impacted me until later on in life when it helped me to be able to recognize great music, produce, promote, and work in both music and film. Read more>> 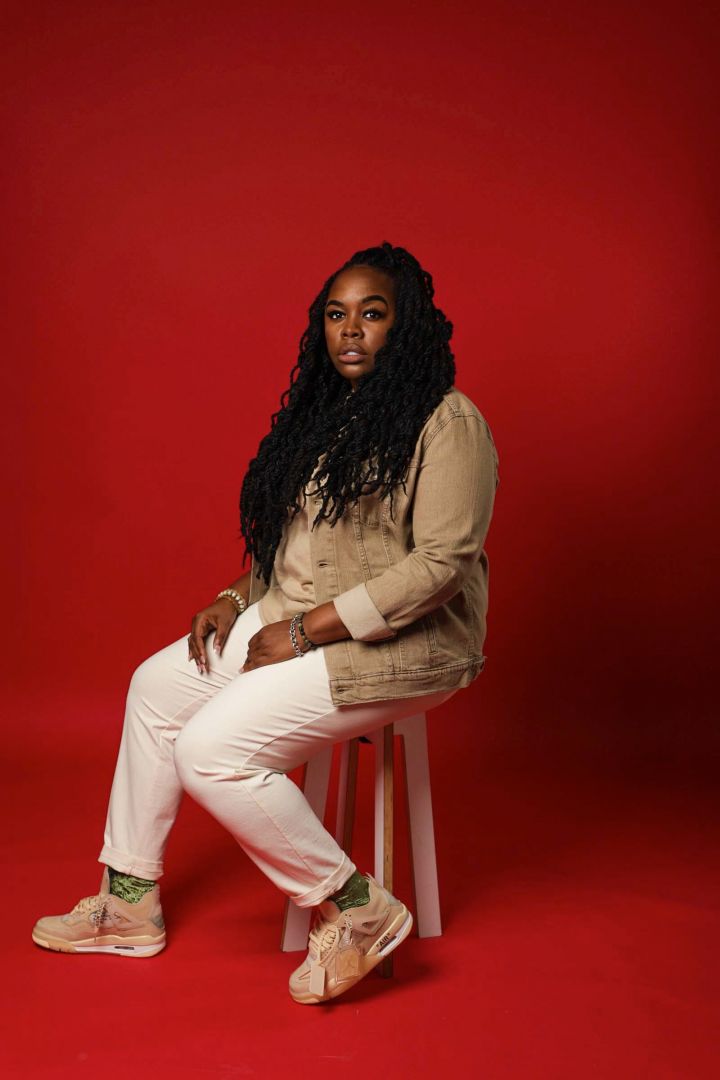 I’m from the sunny side of South Dallas! I was always a person that never felt like I fit in. I always felt out of place, yet I found a way to make those places, a home. My mom was a teenage mother, so my grandmother practically raised me in my formative years. And although we didn’t have much, somehow, I never went without. A way was always made because my mom and grandmother worked hard. And I realized early on, that I didn’t need what I thought I needed, in order to make something happen. I would go to school and see everybody with the latest sneakers. And my mom and grandmother refused to spend money on sneakers and popular brands. So, that forced me to find other ways to express my love for fashion and different types of shoes. The crazy thing is, while everyone else had on Jordan’s and other popular brands, I wore Ralph Lauren and Tommy Hilfiger from TJ Maxx, Marshall’s and Ross. And my peers, would want the shoes and brands that I wore. And that’s when I realized, at a very young age, that God gave me something special. I was able to bring value to whatever I wore, instead of the other way around. Read more>> 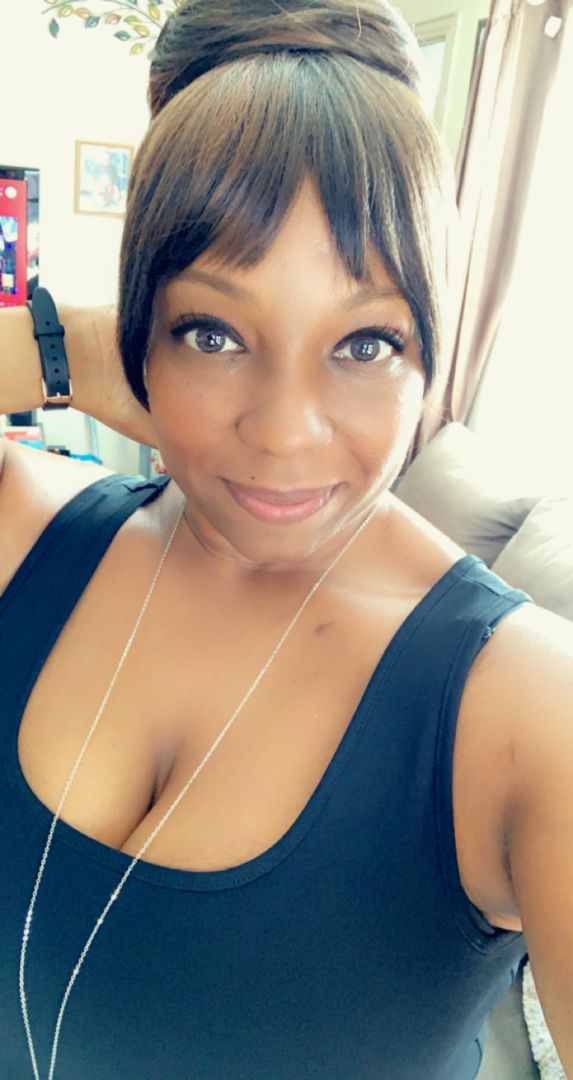 I am from Fort Worth, TX and my sister and I were raised by a single mother that I must say, did an amazing job. My mother had me at the age of 17, so she had a lot of growing up to do along side of me. She was/is a resilient and strong woman. I had the privilege of seeing her in action which led me to not only wanting to be like her, but wanting to be better. With her having only a 9th grade education, I had to make sure that I made her proud by giving her the only thing that she ever asked of us, a high school diploma. I saw my mother give her literal last to anyone in need and that example of a heart of gold reflected on me. I have a servants heart and my passion in life has and will always be, to help those that are less fortunate and those that can’t help themselves. I now work at a local non profit helping to house the homeless. But it doesn’t stop there. I own and operate Taylor Made Treats, a small homebased bakery and I take most of the profits from that to feed the homeless throughout the year and make “essential” bags for them twice a year. Read more>> 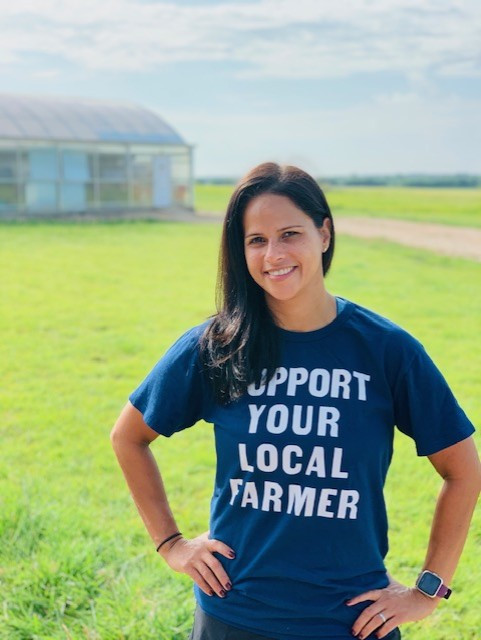 I am originally from Ponce, Puerto Rico. I grew up spending endless time with my maternal grandparents. My grandma Josefina was an amazing cook and my grandpa Roberto had a farm where he grew a lot of vegetables and fruits. This is were my journey started. At a very young age I decided to become a chef, and now later in life a modern farmer. Read more>>

Rising stars and the most important lessons they’ve learned

What’s one thing about your industry that outsiders are probably unaware of?

What advice would you give to someone facing insurmountable odds?